The lack of an online multiplayer mode is disappointing. However, the extensive single-player campaigns included with Empire: Total War are good value for money, with a wide range of military challenges for strategy gamers to sink their teeth into.

It’s taken a few years for Empire: Total War to reach the Mac, but it’s a huge game that will keep strategy fans absorbed through the long winter months.

Set in the 18th century, at a time when the European super-powers were expanding around the world, Empire: Total War provides a huge canvas for your military exploits, with battles on both land and sea raging across Europe, the Americas and India. 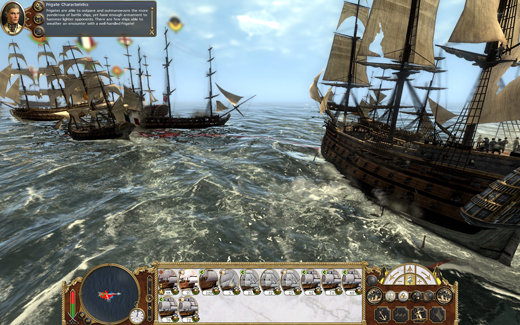 There are three main strands to Empire: Total War. The heart of the game is the Grand Campaign, which allows you to take control of one of 11 European nations (the manual says 12, but we could only count 11). There are also four different campaign options here, ranging from the ‘short campaign’ that just requires you to control 25 regions on the world map, to ‘world domination’ that requires 50 regions. And, as well as military might, you also need to develop your culture and economy in order to earn prestige points that enhance your international reputation.

There’s also a more story-driven campaign called Road To Independence that follows the adventures of George Washington and the foundation of the United States. And, for shorter skirmishes, you can enter Warpath mode in which you take control of one of the Native American tribes and defend your homelands from the European invaders. 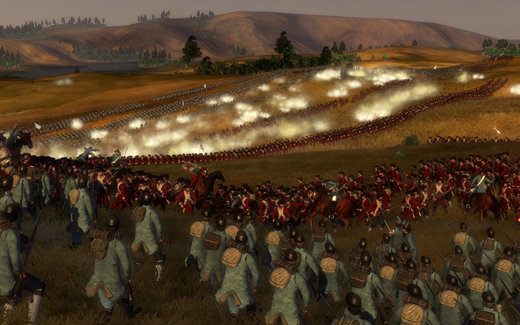 The game’s 3D graphics are showing their age a bit, and lack the detail of more recent games – although the shimmery, reflective water effects in the naval scenes are something of a highlight. However, this does mean that the game manages to cram hundreds of soldiers onto the screen, giving the battles a really epic feel at times. Our only complaints are that the artificial intelligence of the computer-controlled forces seems a bit basic at times, and that the multiplayer mode currently only works on local networks. Feral tell us that they are planning to add a full online multiplayer mode in the future – but this will only be available as an upgrade for copies of the game bought through the Mac App Store.