It may not be the fastest USB 3.0 drive around – nor the cheapest, either – but the wafer-thin, lightweight design of the Seagate Slim Portable drive is hard to beat if you need a really portable back-up drive for use with your MacBook.

We’ve seen some very compact SSD drives in recent months, but we have to admit that this is the first time we’ve come across a conventional hard disk drive as slim and as light as Seagate’s aptly named Slim Portable.

The Slim Portable drive measures a mere 9mm thick, 125mm long and 74mm wide, and weighs a paltry 160g, so you could slip it into your jacket pocket and barely even notice it.

There’s a Mac version of the drive that is formatted in the Mac’s HFS+ file format and has a USB 2.0 interface, but we tested the newer USB 3.0 model which comes formatted as a Windows NTFS drive instead. Oddly enough, the USB 2.0 model for the Mac is selling online for about £100, whereas this USB 3.0 version is only around £85, so you’re better off buying this one – especially since it’s still backward-compatible with USB 2.0 on older Macs.

Seagate doesn’t forget about Mac users either. There’s a utility on the drive that can reformat the drive for use with Macs, and which also provides an option to install an NTFS driver for your Mac so that you can use it without reformatting. That will allow you to use the drive with both Macs and PCs – which wouldn’t be possible if you reformatted it as a Mac-only HFS+ drive (but just remember that Time Machine won’t back-up onto an NTFS drive). 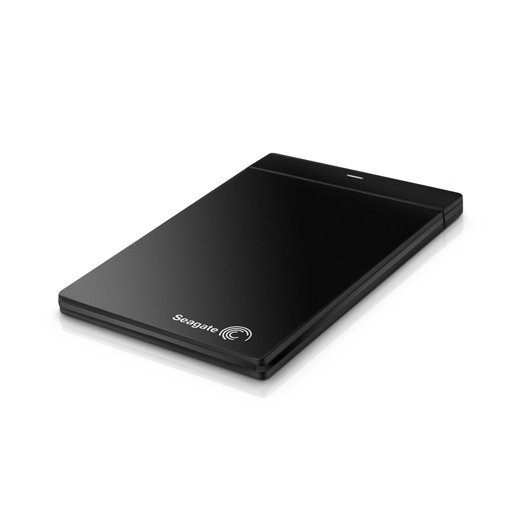 Our only real complaint is that the Slim Portable isn’t the fastest USB 3.0 drive that we’ve seen recently. It took about 80 seconds to back-up our 5GB batch of test files, compared to an average of 60 seconds for some of the other USB 3.0 drives we’ve tested recently. Even so, that’s still comparable to a Firewire 800 drive, and a lot faster than a standard USB 2.0 drive.