We like the new Apple TV Remote app. It does away with the clutter of the old app, and providing a virtual alternative to the Siri Remote makes much more sense to us. The app is a vital download for all Apple TV owners, if for no other reason than it’s handy to have when you can’t find the remote control. Siri and the Games Controller are both unconvincing additions, but may improve over time.

Welcome to our review of Apple TV Remote. Apple’s new and updated remote-control app turns your iPhone into a remote control for the Apple TV.

The fourth-generation Apple TV came with a whole new remote control, dubbed the “Siri Remote”. And at its launch Apple promised a new Apple TV Remote app, and Apple has finally made good on its promise.

The new Apple TV Remote app recreates the experience of using a Siri Remote, but also adds new game controller features. So it doubles up as a replacement remote control and games controller. 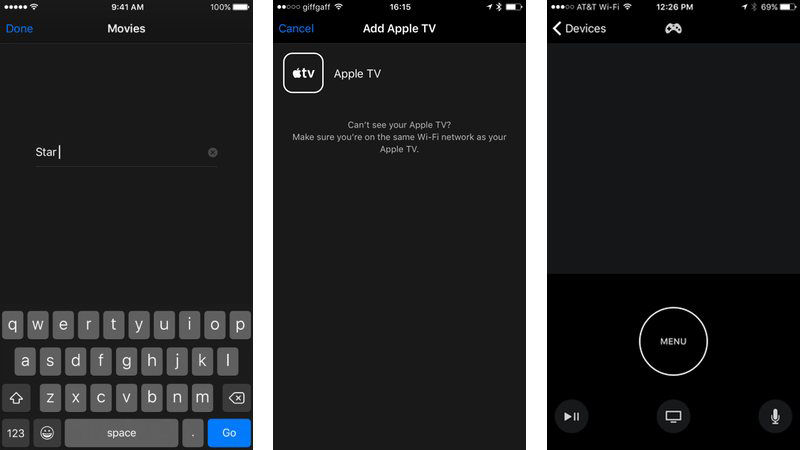 The old, but still available, Apple TV remote app has an iTunes-esque interface, enabling you to select Music, Films and TV content to play on your Apple TV. Almost as an aside, it featured a virtual touchscreen control option that mimicked the Apple TV remote.

In the new Apple TV Remote app, this duplication of the remote is the main interface. When you launch the app you get a dark grey block to act as a touchpad, and below it are Menu, Play, Home and Siri buttons.

This new approach makes more sense to us. With most content now sitting inside apps, like Netflix and BBC iPlayer, we’re more inclined to reach for the remote control than try to stream content from iTunes.

Once the Apple TV Remote has been added it offers one of the best advantages to using the iPhone as a controller: a built-in keyboard. This comes as a special relief to Apple TV fourth-generation owners forced to use the dreadful onscreen keyboard.

When playing content, the on-screen buttons change to reflect the kind of media you’re playing. So you’ll get forward and back controls on music. Tapping Details displays the content you’re playing, as it would in the Music or Videos app. Here you can use the scrub bar to move through the audio, or tap Previous and Next. 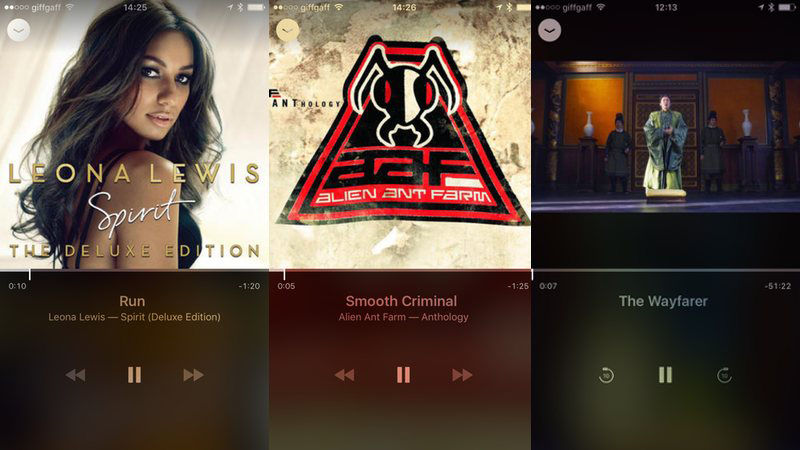 Replacing all the menus from the old app are two new features: Siri and Games Controller.

Siri is a slightly odd experience. You have to hold down the Siri button on the Apple TV Remote app while speaking your option. It then uses the Apple TV to make requests, rather than responding on the iPhone.

The new Apple TV Remote app also doubles up as a games controller. When using a game, a game-controller icon appears at the top of the screen (although it appears for all games, even ones that don’t support its features). Tap the icon and you switch from portrait, to landscape format with the touchpad on the left and two buttons (marked A and X) on the right.

Support is patchy at the moment, but Apple is going to require all games support the Apple TV Remote in future. Apple previously insisted that all games support the Siri Remote, even though it was plainly unsuitable for some games (such as first-person shooters). We think this is a good compromise; it ensures that anybody can play a game with an Apple TV, without having to buy an expensive game controller peripheral.

Like the Siri Remote, the app uses the accelerometer and gyroscope in the iPhone to detect movement. This will be used in apps, such as racing games, that require you to tilt the remote, or remote app, to control onscreen action.