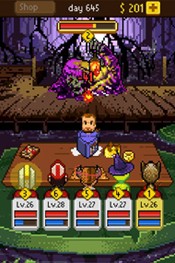 Charmingly retro in look, funny (despite some odd translation from Portuguese), and both compulsive and naturally bite-sized, Knights of Pen & Paper is a lovely RPG for the iPhone.

Knights of Pen & Paper is a retro RPG for the iPhone that puts you in control of the dungeon master as well as the players.

A real cutie of an RPG, this. Opting to recreate the entire Dungeons & Dragons fantasy roleplaying experience rather than just the glamorous bits, KoP&P pulls the camera back to reveal the dork squad sitting there with their 12-sided dice and cans of Vimto, directing the heroic actions playing out on the imaginary stage in front of them.

So instead of just picking a mage, you pick a mage and the spotty urchin who will roleplay as him, weighing up the various powers provided by each social misfit. And as the adventure proceeds, these mismatched poindexters constantly undermine the story by talking about phone calls and pizza, and whining when things get difficult.

Oddly enough, you also control the dungeon master, which means you get to choose how many monsters to throw at the heroes, and which hackneyed fantasy task they will have to undertake next. 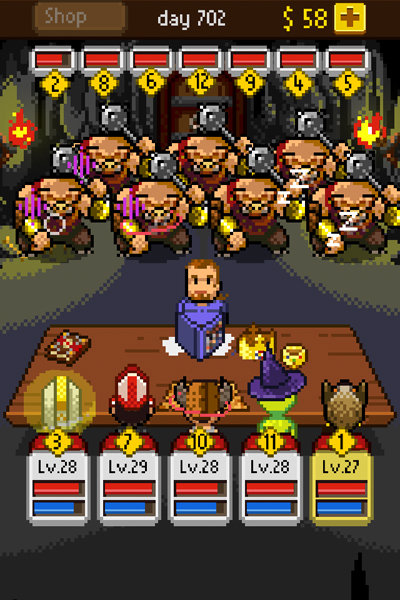 It’s just brilliant, really: charmingly retro in look, funny (despite some odd translation from Portuguese), and both compulsive and naturally bite-sized: a mechanism requires you to wait real-world hours for weapon upgrades, which fits neatly into a cycle of commute-length sessions separated by periods of real life. 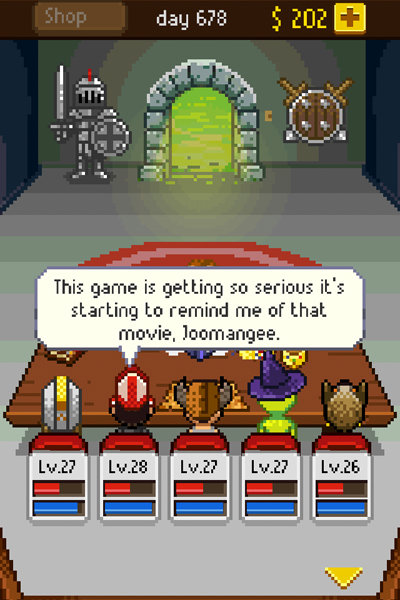