This devious puzzler will either make you feel very smart or very stupid. As stripped down aesthetically as it could possibly be, but the lack of flashiness or interruption suits the thoughtful, careful challenges well. For the price, Ending is a straight-up bargain. 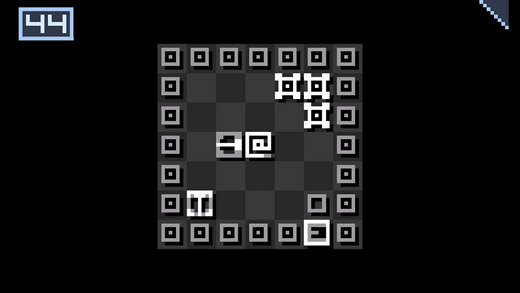 Maze-based puzzle adventure Ending is seemingly effortless proof that great game mechanics can achieve far more than even the most striking graphics ever could. Rendered all in stark, monochrome symbols and lacking even a soundtrack, this is absolute minimalism – which frees you up to focus entirely on the challenge at hand.

The challenge is steering an @ symbol through a series of arenas filled with roaming glyphs that will kill you instantly on touch. You can do similar, if you manage to touch them before they touch you, so the order of the day is to find a safe route to the exit. The difficulty mounts level on level – more enemies, new types of enemies, obstacles that can alter your course, and less and less margin for error. 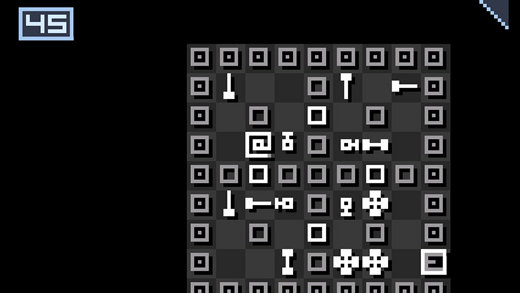 If it sounds gruelling, the thing to know that it’s very fast and each level is very short. Every time you die, you’ll only have to make up a few seconds of play to get back to where you were, and you’ll also have the benefit of having learned something. For instance, how an enemy behaves or moves, that turning left rather than right out of that doorway spells doom or that these squiggly things should be avoided entirely. You start each new level significantly wiser than you did the last one – only to find that there’s something new and bewildering waiting for you. Given it always looks the same and the only interaction you ever have is to move one space at time, Ending summons up an unbelievable amount of variety.

Controls are simple and ideal – simply tap to the square you want to move to, and if doing so doesn’t result in failing the level, do it again. One square at time, creeping towards the exit and getting the jump on any foes en route: a tiny marathon every time. 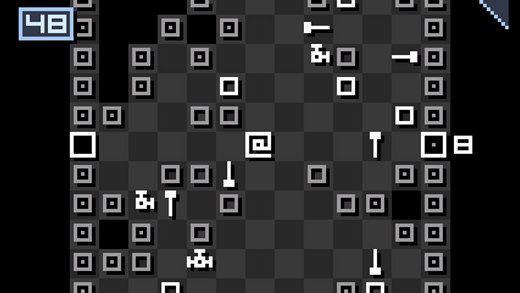 Some levels are like hitting a brick wall, either because there’s some trick you can’t suss out or because you end up chasing an enemy anti-clockwise around a square for five minutes before darting out in frustration and immediately being killed, but for the most part it’s beautifully balanced.

A keen, precise mind is clearly behind each of the evolving challenges. It’s so absorbing, and so satisfying to beat a level, working out through trial and repeated error what the strict sequence of events necessary, that any awareness of the lo-fi appearance disappears completely by about the third mission.

By all rights, this should appeal to anyone who digs Angry Birds-style perseverance and bite-size problem solving. The reality is that the lack of garish cartoon art will put off passing trade, which is a terrible shame. This is mobile gaming at its most deft and focused.