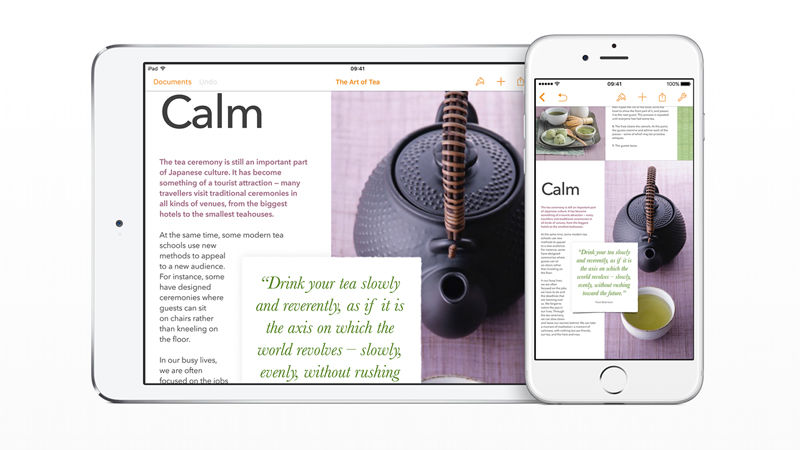 There aren’t many new word-processing features, but support for Split View multi-tasking and other iOS 9 features make Pages 2.6.1 for iOS a must-have upgrade – especially if you own an iPad.

Pages was updated to version 2.6 in October 2015, with the usual collection of bug fixes following just a month later in version 2.6.1. Pages 2.6.1 will still run on iOS 8.4, so you don’t need to upgrade to iOS 9 in order to use it. However, most of the new features in this update are designed to reflect the latest features and technologies introduced with iOS 9 and the latest iPhone and iPad hardware. 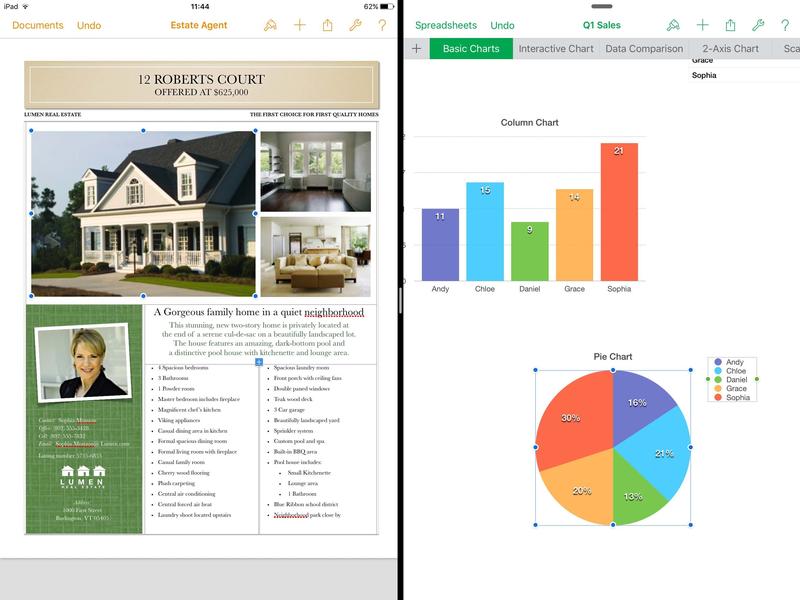 Owners of recent iPad models get the best deal, as Pages on the iPad now supports the new multi-tasking capabilities of iOS 9, including the Slide Over, Split View and Picture In Picture modes.

Split View is great when working with Pages – especially on the large screen of the iPad Pro – as it allows you to edit documents while also viewing other information in Safari or other apps. Just remember, though, that Split View is only available on the most recent iPad models, such as the iPad Pro, iPad Air 2 and iPad mini 4. 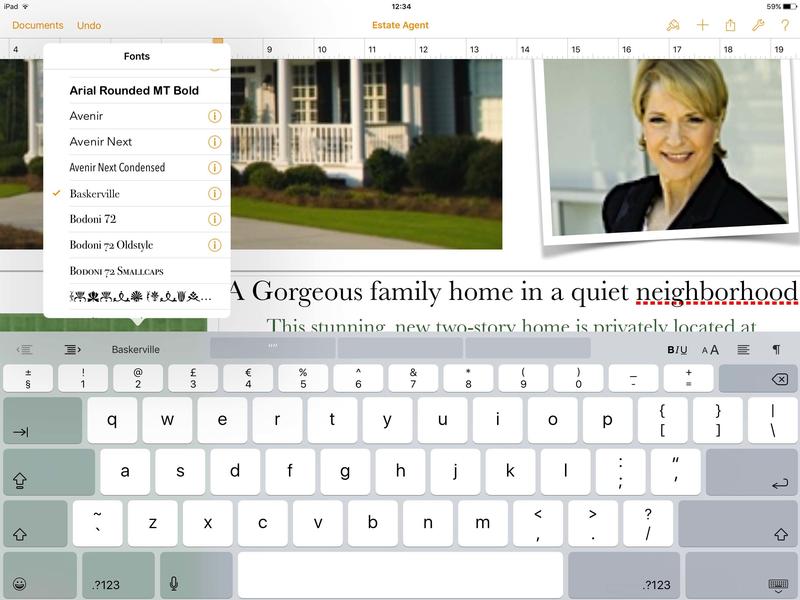 Another iPad-only feature is the new Short Cut bar that appears on the on-screen keyboard and provides instant access to a number of formatting tools. This allows you to quickly change font, style, alignment and size, or to add comments and column breaks directly from the keyboard. On the iPhone side of things, Pages now supports 3D Touch on the iPhone 6s and 6s Plus, which provides a quick shortcut for creating new documents from the Home screen.

Read next: How to get Pages, Numbers, Keynote, iMovie, GarageBand on iPad & iPhone for free

You don’t have to own the latest, greatest iPhone or iPad models, though, as there are a few other worthwhile features in Pages that will be available on most existing iOS devices. A key feature here is the ability to view previous versions of your documents, and to revert back to any of those old versions whenever you want. 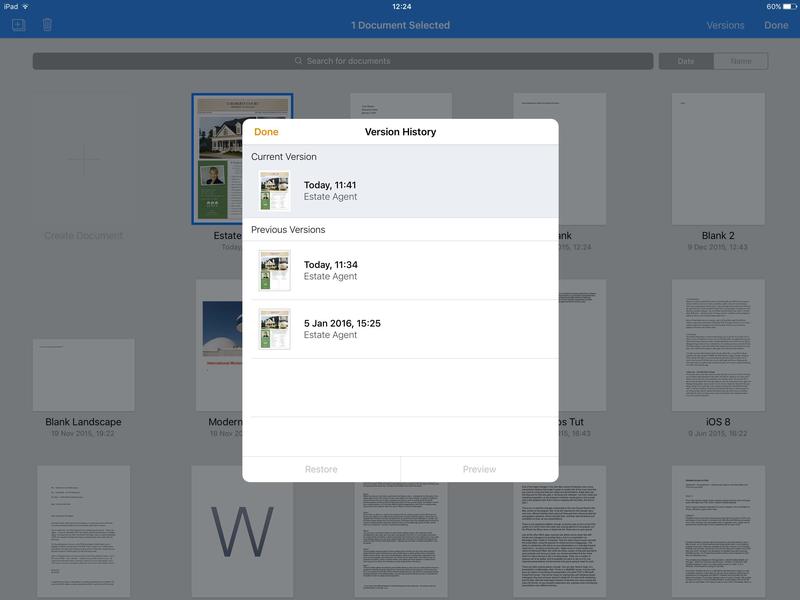 Mind you, it’d help if – rather than simply listing new features on its website – Apple actually bothered to explained how those features work. We had to hunt around for quite a while until we discovered that you need to tap-and-hold on a document thumbnail in the Pages browser window in order to activate the ‘Versions’ command that displays all the saved versions of that document.

Like its Mac counterpart, Pages for iOS now displays recently used fonts in the main Fonts menu and, somewhat belatedly, Apple has added the ability to import documents from the ’06 and ’08 editions of Pages. It’s also possible for other people to view previews of shared Pages documents using a web browser on iOS or Android devices, even if they don’t have Pages installed.

Of course, Pages for both Mac and iOS have had the ability to share and sync documents online via iCloud for some time, but they are now officially joined by Pages for iCloud, which has finally come out of its seemingly never-ending beta test phase. This means that you can now create and edit Pages documents online at www.icloud.com, giving Apple a cross-platform app that can attempt to go head-to-head with Google Docs at last.