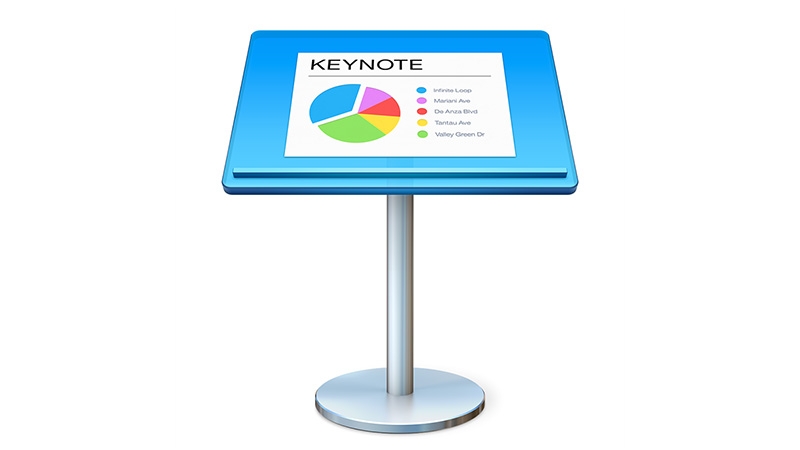 Despite this relatively modest update, we reckon that Keynote for Mac is still one of the best presentation programs around. The 6.6 update brings it up to date with the latest Apple technologies, and adds at least one neat new animation effect. More important is the continued integration with iCloud and improved sharing features. Keynote is a fantastic app and anybody who has to explain, teach or sell to others should have it on their Mac and all iOS devices.

Welcome to our Apple Keynote 6.6 for Mac review, updated on 4 Feb 2016. Original review by Lou Hattersley.

Apple knows how to do eye-candy, and one of the great strengths of Keynote is the ease with which you can use its eye-catching transitions and animations to create really professional-looking presentations.

Keynote 6.5, which was released in late 2014, was an important update that introduced support for iCloud drive, enhanced sharing and collaboration features, improved compatibility with Microsoft PowerPoint, and a strong set of new editing, design and charting tools.

The latest major update of Keynote for Mac, Keynote 6.6, which was introduced towards the end of 2015 – and, of course, immediately followed by a clutch of bug fixes in version 6.6.1 – doesn’t have the same long list of new features, but it’s still a significant update that brings it into line with the latest features found in El Capitan and on the latest Mac models. And it still runs on Yosemite, so you don’t have to upgrade to El Capitan in order to use it.

Read more Apple software reviews. Plus our other updated iWork for Mac reviews: Pages for Mac and Numbers for Mac. 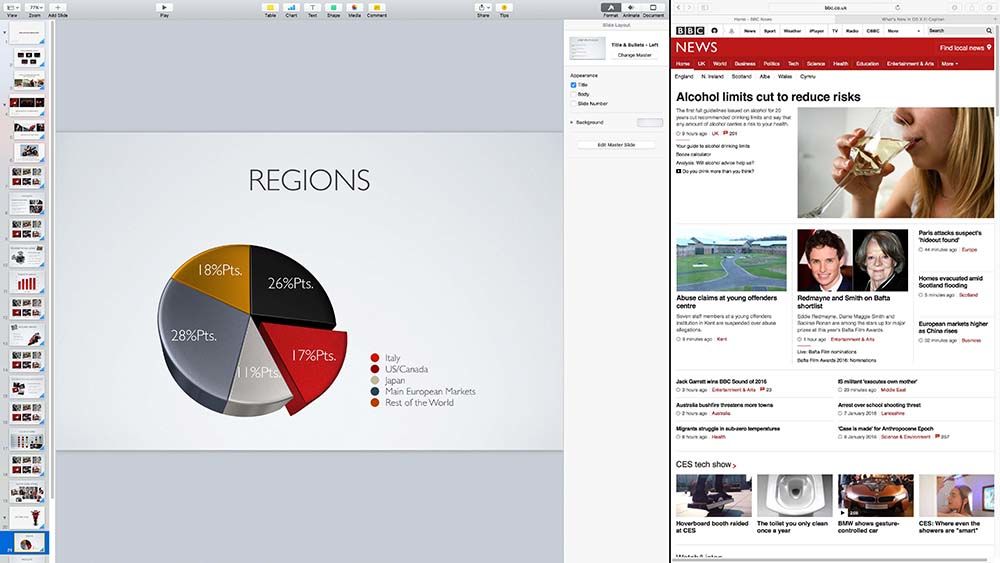 There are no major changes to Keynote’s interface this time around, as there were with the introduction of the Format panel a couple of years back. However, Keynote does now support the new Split View mode that was introduced with El Capitan. We’re not sure how useful this is likely to be, as you’ll generally need to give Keynote as much screen space as possible when designing and editing slide layouts, but it could still be handy if you occasionally want to check your emails or look up some info on the web.

More useful is the ability to use ‘force-click’ on MacBook laptops that have Apple’s new Force Touch trackpads (for more on that, see 13 ways to use Force Touch on the new MacBook), or the standalone Magic Trackpad. You can force-click on an image to quickly edit it – which, of course, will be a frequent task in Keynote – so that’s a handy time-saver, although the ‘haptic feedback’ that you get from the trackpad can feel a little odd at times.

Read more about the latest updates to iWork: Pages, Keynote and Numbers, and troubleshooting advice

Like  Pages, Keynote gains enhanced typographical tools, with improved support for small-caps, contextual fractions, and glyphs. We also like the fact that the font menu in the Format panel now shows recently used fonts at the top of the font list, making it easier to quickly select fonts when editing text on your slides. This new version of Keynote finally gains the ability to import old files from the ’08 and ’06 editions of Keynote. VoiceOver support is improved too, with the ability to read out your Presenter Notes and Comments, and to edit them as well.

The last version of Keynote introduced quite a few new animations and effects, partly because of the outcry over some popular effects that had been removed from previous versions. That’s not the case this time around – in fact, Apple’s been a bit misleading here, as many of the ‘new’ effects and features that it lists on the Keynote section of its website were actually introduced in Keynote 6.5 back in 2014.

Keynote 6.6.1 does include some new slide themes, but the only major new effect is a build animation called Line Draw. It’s a nice addition, though, creating the effect of drawing or tracing shapes and objects by hand on your slides. You can use the standard pen and line tools found in the Shape menu to create simple drawings on a slide, and the Line Draw effect – found in the Build menu – hides the finished drawing and then makes it reappear one stroke at a time. You can use Line Draw as both a build-in and a build-out effect, first creating a drawing on a slide and then wiping it out again.

Our only complaint here is that Apple lists the effect in Keynote’s Help menu but makes no attempt to explain how it works – such as the fact that it works with the pen and line tools, but not predefined vector shapes such as rectangles and circles. We had to just use trial and error to locate the effect in the first place and then work out how to use it.

Even so, Keynote’s (mostly) easy-to-use animations and effects remain its greatest strength, especially when compared to Microsoft’s PowerPoint, and allow you to create slick, eye-catching presentations very quickly and easily. 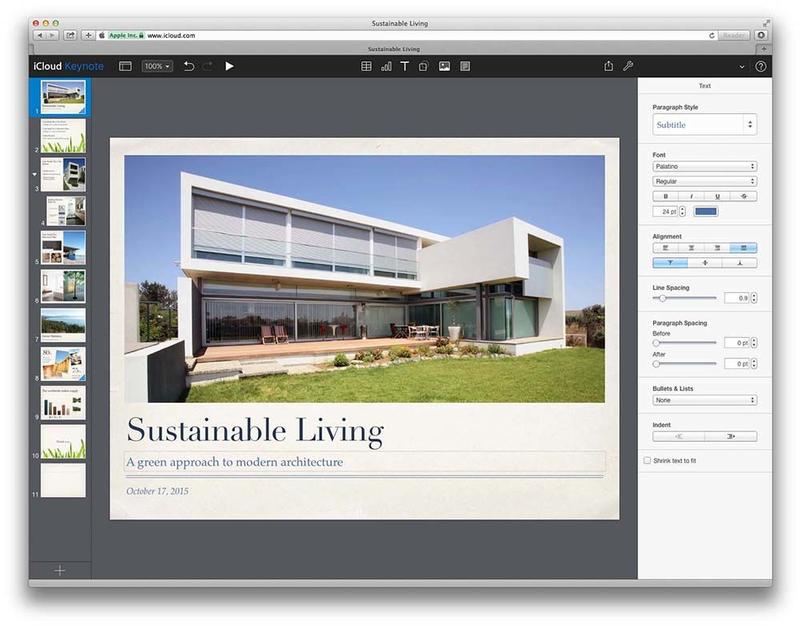 The last Keynote update added support for iCloud Drive, making it easier to share and sync files with your iOS devices. The main change this time around is the fact that the iCloud version of Keynote – found, as ever, at www.icloud.com – has finally come out of its centuries-long beta test phase, allowing you to create and edit files online, which you can then share across all your devices, or with other people as well.

You can password-protect documents when sharing, and you can share them in view-only mode in order to prevent your slides being changed by other people. Shared files can also be previewed on iOS and Android devices via a web browser, without needing to have Keynote itself installed on each device.