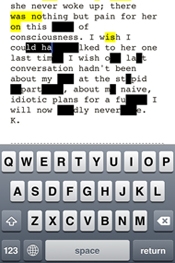 A self-confessed ‘artsy’ game with plenty to say about censorship, Blackbar is nevertheless a legitimately fun puzzler that will get you scratching your head for a few hours. Well done to all concerned.

Blackbar is a simple, elegant and witty word game for the iPhone. It’s also a dystopian sci-fi adventure story about the cruelty of censorship. Yeah, now you’re interested! Read on for our Blackbar review.

A politically literate tirade against censorship; an Orwellian adventure story told through one half of an increasingly mangled email exchange; a puzzle game based entirely around decoding blocks of text. None of these things might sound like your idea of a merry time, but Blackbar is odd like that.

Playing the part of a downtrodden citizen of a dimly sketched dystopia, you receive a series of messages with parts blacked out by censors, and have to work out what the missing words are. It’s easy at first, as these things generally are; but the game takes the idea and runs with it, tangling and weaving its internal logic until your head hurts. 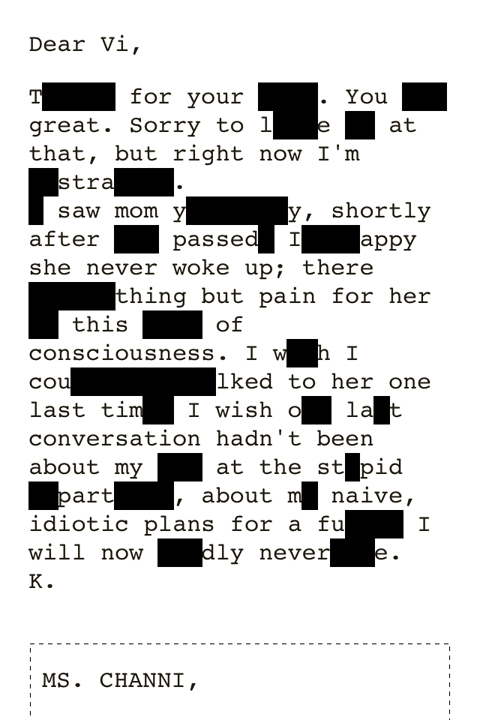 You start off with this… 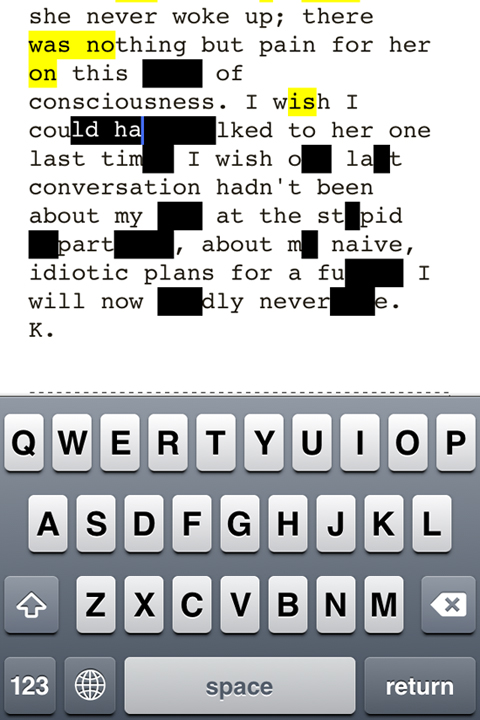 It can be a frustrating game, in truth: we found ourselves head-scratching over a single word needed to unlock the next screen for days at a time. And the actual substance of the puzzles, when you remove this non-playing thinking time, is relatively thin. But Blackbar makes up for this by having a rather wonderful story – a story that’s barely there, whispered to you in code and reassembled piece by piece.

Blackbar is often funny, particularly when the censors grow suspicious and start sending out entertainingly euphemistic threats; it’s also a little bit politically charged. Every now and then it will catch you off guard and be rather moving. The writers, like the US author Mark Z. Danielewski, are aware that piecing together the story yourself makes it that much more affecting.

A hearty recommendation, then, with the (hopefully unnecessary) caveat that Infinity Blade this is not. If you fancy having your brain stimulated for a few hours, however – on a number of levels at the same time – this is well worth a couple of quid. You can download Blackbar here.

Letterpress – another word-based puzzler, but without the political soapboxing. Free, and alarmingly adictive

Hundreds – a brilliant brain-teaser based around numbers, this shares Blackbar’s beautiful elegance. Does require speed and hand-eye co-ordination, though

W.E.L.D.E.R. – sort of wordsearch-like, but that fails to convey W.E.L.D.E.R.’s greatness. Well worth a look