Skip to content
Home / iPad / Reviews
At a Glance

No matter which way you slice it, the Tesco Hudl is a budget tablet. It punches above its weight especially when stacked against the first-generation iPad mini’s specs. But you get what you pay for in the tablet world, and if you’re willing to shell out for the iPad mini with Retina Display, you’ll end up with the better tablet.

Should you buy Tesco’s cheap Hudl tablet, or are you better off going with the iPad mini or iPad mini 2 with Retina display? We help you decide the right budget tablet for you in our iPad mini vs Tesco Hudl comparison review.

The Tesco Hudl budget tablet has shaken up the UK tablet market – a supermarket offering what seems to be a good-quality product at a practically unbeatable price. But how does it compare to the first and second-generation iPad mini? 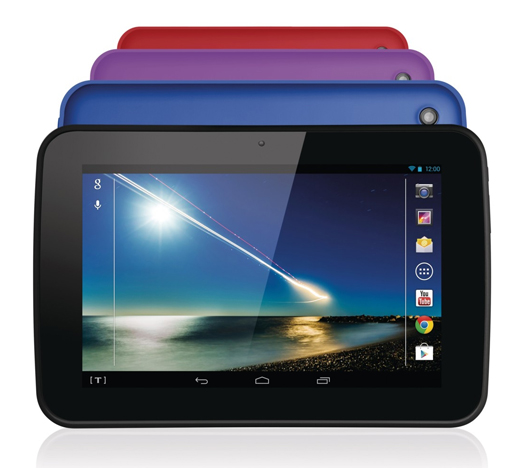 We’ve stacked the Hudl against both of Apple’s iPad mini tablets to find out which one is worth your while.

The Hudl’s got the iPad absolutely beat when comparing price tags. The Tesco tablet’s got an initial price of £119 – not bad, but not the cheapest option out there. But Tesco ups the ante with Clubcard vouchers. Have £60 in vouchers? Redeem them for a Hudl.

Of course, no such deal exists for the iPad mini, much less any Apple product that isn’t bought second-hand. £249 will get you the most entry-level non-retina iPad mini (which is only available with 16GB of storage, but more on storage later), and you’ll have to pay £319 for the cheapest 16GB iPad mini with Retina Display.

But as you’ll see, in most cases, you (mostly) get what you pay for in the tablet world.

The Hudl has a nice soft-touch plastic casing, giving it a nice ‘hand feel’. The device comes in four colours: black, blue, red and purple, and there’s a range of accessories including cases and headphones.

The Hudl’s official specs have it fairly chunky at 9.9mm and 370g, but we don’t mind too much. It’s got a great build quality for a cheap tablet, making it feel solid and durable – perfect for kids.

Although you’re more limited colour-wise with the iPad minis, Apple’s littlest tablets are thinner and lighter than the Tesco Hudl. The iPad mini is sleek with its two space grey and white/silver colour options, with the older iPad mini slightly thinner than the Retina display. The Retina mini’s literally gained weight (although only a little): with a 7.5mm thickness compared to the non-retina 7.2mm. The heaviest iPad mini with Retina display, which features Wi-Fi + Data, clocks in at 341g.

Here’s another instance where the Hudl comes out on top. Though the Hudl’s only available in one 16GB version, Tesco does what Apple has yet to do: add expandable memory. You can up your storage to 32GB on the Hudl with a microSD, should you feel so inclined.

Apple’s now only selling the 16GB first-gen iPad mini (though you can choose between Wi-Fi and Wi-Fi + Data) with no expandable memory in sight.

The Retina display mini’s got some serious storage, but it’ll cost you. The tablets come in Apple’s 16GB/32GB/64GB/128GB intervals, with the 128GB Wi-Fi+4G model costing £659. No expandable memory here, either.

The Hudl’s running Android OS Jellybean plus a number of Tesco-specific add-ons. It’s also worth noting that just like its Clubcard scheme, which rewards you for giving Tesco information about what you buy, the Hudl is a means of knowing which websites you visit, which movies you watch and which books you read.

You’ve of course got Apple’s iOS on the iPad minis.

( iOS 7 is preinstalled on the iPad mini 2 out of the box, and the same will be true of a iPad mini 1 bought new. If you find a second-hand iPad mini 1 that was sold before 18 September 2013, it may still have iOS 6 on it – good news for those who’ve been asking us how to downgrade from iOS 7 to iOS 6 – if the previous owner hasn’t updated it. Of course you’ll be able to update to iOS 7 quite easily if you then wish to do so.)

Connectivity’s upgraded on the iPad mini with Retina display, thanks to dual antennae and MIMO (multiple input multiple output) which Apple says can potentially double the speed of your web connection compared to the original iPad mini.

The Hudl has dual-band Wi-Fi and Bluetooth, plus a GPS receiver so you can use it as a satnav, making for a nippy user experience when the screen doesn’t occasionally become unresponsive.