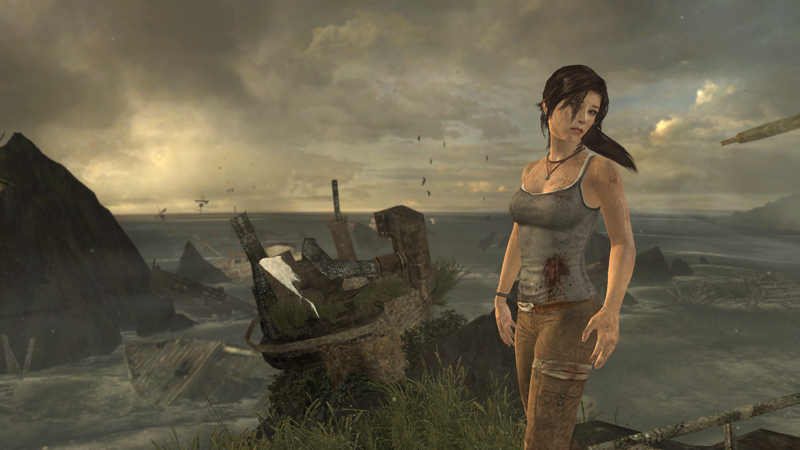 You don’t need to be a Tomb Raider fan to enjoy this perfect action adventure game. Lara’s journey from naïve explorer to hardened survivalist should not be missed. It may be expensive, but it is one of the best games you will play this year. Get it!

The Tomb Raider series of games has a long history of showing off the world-class acrobatics and survival skills of Lara Craft. But how did she get that way? This 2013 reboot of the series gives us a young Lara in her own origins story, an eager adventurer thrust into extraordinary circumstances.

After her ship is wrecked by a storm, Lara and the crew are stuck on a mysterious island. She is then abruptly abducted and left injured while escaping. This is a new Lara, who is scared and scrambling to deal with the situation and trials with which she finds herself unexpectedly acquainted. Her journey is both emotional and engaging from start to finish in the 18-20 hours it may take you to complete the game.

Gameplay is a mix of exploring, combat, and puzzle solving. The island provides a stunning setting and is a delight to explore as you gradually discover new areas. Part of the appeal of this graphically rich gameplay comes from how well Lara is animated and moves so naturally; the rest is just good level design.

Various challenges appear throughout the story, which are fun to complete and don’t seem out of place. Most actions earn you experience which can be used to upgrade Lara’s skills at campfire sites. These also serve as fast travel points in the semi-open world. 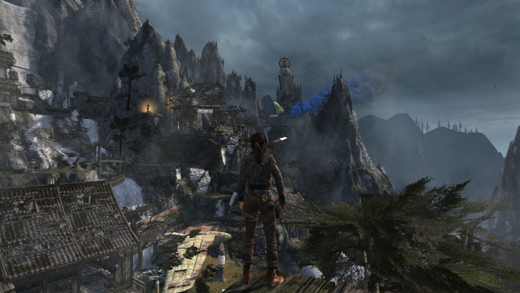 Combat takes up a large portion of the game, but never overtakes the proceedings. This is easily the most action-orientated of Tomb Raider games, but it feels right. Lara has a few weapons at her disposal, the most versatile of which is her longbow, and she also proves a crackshot with handguns, shotgun and semi-automatic rifles. Your weapons can be upgraded with salvage and parts that you pick up from all around the island. Enemies are quite clever and will keep you scrambling around fights with their tactics.

We appreciated that the puzzles made sense in the context of the surroundings and the story – not like some ancient civilization had placed them there to confuse future explorers. Otherwise, you will actually spend very little time in tombs. There are tombs set for raiding though, just as optional challenges that reward you with salvage and experience points upon completion. 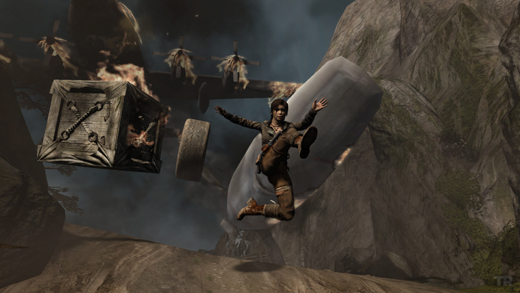 Feral’s port of this latest Tomb Raider results is one of the best looking games on Mac to date. The setting is just gorgeous and various effects from fire to water to snow storms feel realistic. Making full use of the new visual features found with an OpenGL 4.1 update in Mavericks, we have almost every option from the PC version, save the special hair-rendering TressFX that was optimised for AMD graphics in Windows. Here in the Mac version you will still frequently want to stop and just take in your stunning surroundings.

All aspects of the soundtrack are fantastic too. Music will rise from low key to high intensity as needed. The sounds of the island will immerse you in every storm or hill you climb. Voice-work is top notch with the actors bringing a good script to life and adding emotion to their characters. 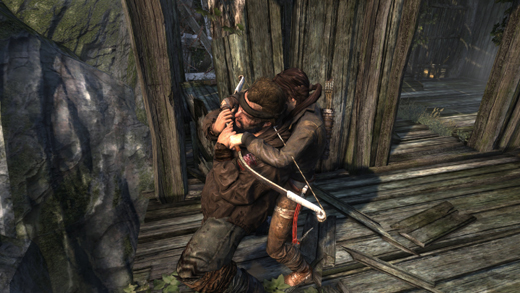 Given this game’s graphical prowess, system requirements are high if you want to run at maximum detail options. Our high-spec mid-2010 iMac with AMD Radeon HD 5750 and 1 GB video memory ran the game smoothly at a mix of Normal and High settings. As always, Feral has put a lot of work into making the game run on a variety of Mac setups and most gamers should be pleased with performance.

The benchmark tool found in the Windows game has been preserved, making it easy to see how far you can push the detail while still maintaining a fluid framerate.

For the first time there is also multiplayer in a Tomb Raider title, if only with the Steam version. This is an interesting and decently fun diversion from the single player. It’s standard stuff for anyone familiar with multiplayer games – various modes, loadouts and perks. Overall, it’s only an average part of a spectacular game – worth a look for those interested, but not a lot of value.

You can choose to be survivor characters or the enemy Solarii. This determines your appearance and your choice of weapons. For load-outs you can pick two weapons, an attachment, and two perks to help your gameplay.

We found we had to wrestle with the camera somewhat in multiplayer, but the main problem was a severe lack of players similarly pursuing the multiplayer modes. Overall, this is an average part of a spectacular game – worth a look for those interested, but not for getting the game alone.