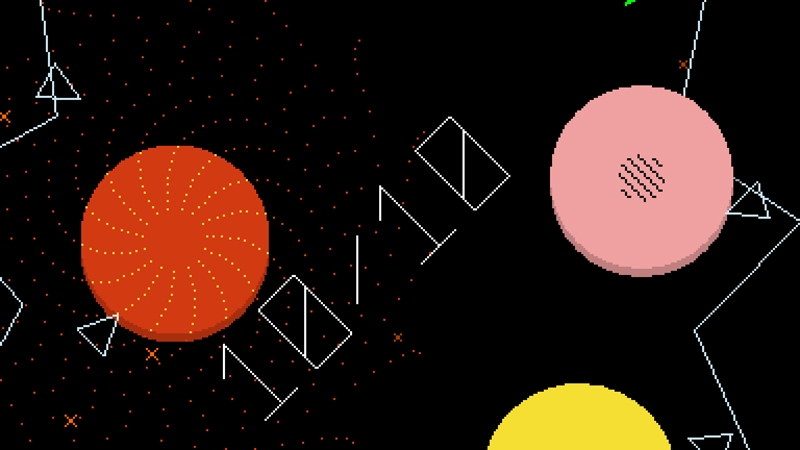 We’ll confess that it took us a few levels to get what Eliss is all about, but it’s a definite grower. The action is simple but incredibly mentally engaging and the look and feel are perhaps unique. After our time with Lyne the rawness of the graphics jars somewhat, and it can be frustrating at times, but this is well worth a look for the iOS puzzle hardcore.

Eliss Infinity is a retro-graphical multitouch puzzle game for the iPad and iPhone. Here’s our review.

The last iOS game this reviewer tackled was Lyne, an elegant and above all restful puzzle game for the iPad and iPhone (although in retrospect we should have warned of its brain-worm ability to burrow into your every waking thought). Eliss Infinity is very much the opposite of that.

This follow-up to (or rather enhanced version of) the five-year-old game Eliss is elegant too in its own way, although more self-consciously retro in appearance: all raw pixels, plain lines and flat colours, like a pastel-tinged Asteroids.

But restful? Forget that. Beyond the first few levels of the standard ‘Odyssey’ mode it’s a frenetic multitasking seizure of a game, with your fingers dancing madly across the screen like overworked spiders. (It’s perhaps indicative that an error message appeared more than once saying “I can only handle up to 5 fingers at the same time.”) 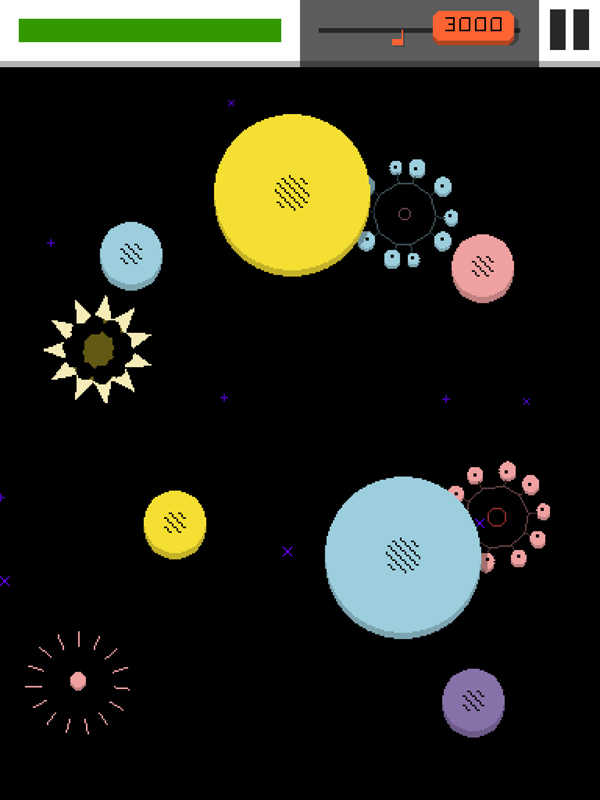 But let’s get back to basics first. The earlier Asteroids comparison holds for the premise, too, which (for lack of any explanation in the game itself) we had to assemble after the event from the description on the App Store. You’re sorting and destroying planets, apparently.

Vividly coloured planets appear from time to time, sometimes slowly, often in a mad rush, and seemingly at random. You can then move them around the screen with a finger swipe, bump them into other planets of the same colour to make them meld into a single larger planet, or split them into smaller planetoids by doing an ‘unpinch’ gesture.

If two planets of different colours touch, jagged red isobars appear and your health bar drops. So your job is to keep the different colours apart, and to create planets of the right size to pop into the little bobbly-eye mouths (which Craig Grannell informs us are called ‘squeesars’) that make them disappear. The squeesars are colour-specific, too. 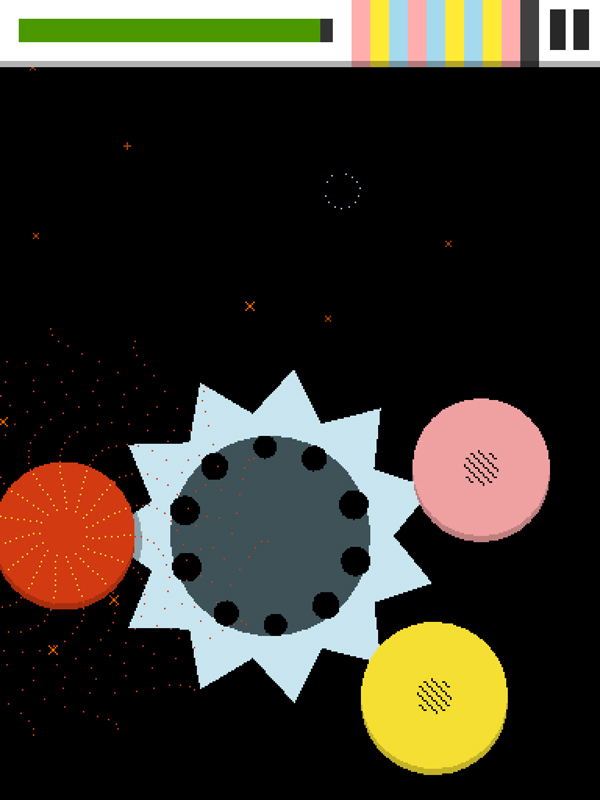 That’s pretty much it, other than a handful of astral hazards, such as storms that hurt you if they bump into any planets at all and cyclones that drag things into them and generally make a mess. But these simple ingredients, delivered pell-mell along a finely graded difficulty curve, make for a gaming experience that we could best describe as ‘stressful’, or with this gif. At any given moment there are approximately 78 things that require your attention, and, for reasons of sanity as well as the limitations of multitouch, you can only deal with five at a time.

As well as Odyssey there’s a new Infinity mode, in which you compete freestyle to get as many points as possible (as opposed to aiming for a set of objectives). There’s also a more chilled-out mode called Spacebox, where you create the planets yourself and riff around happily without worrying about points or dangers. 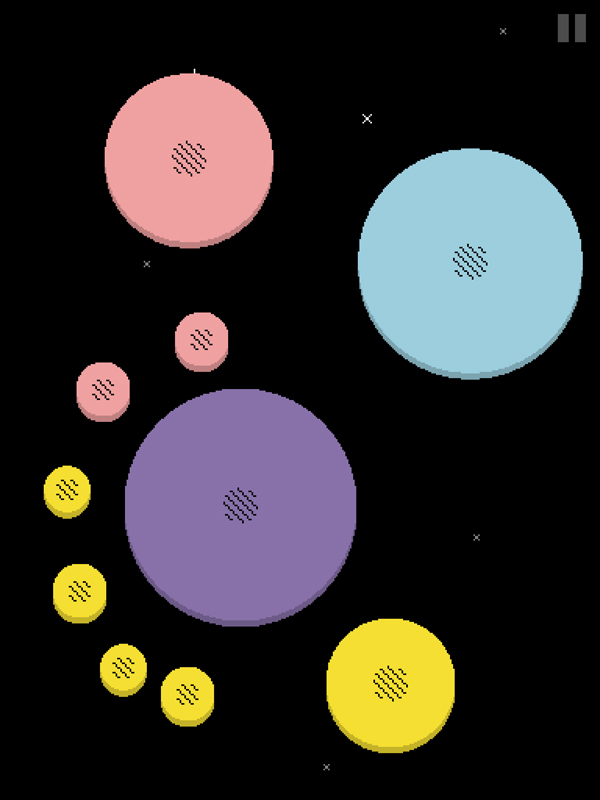