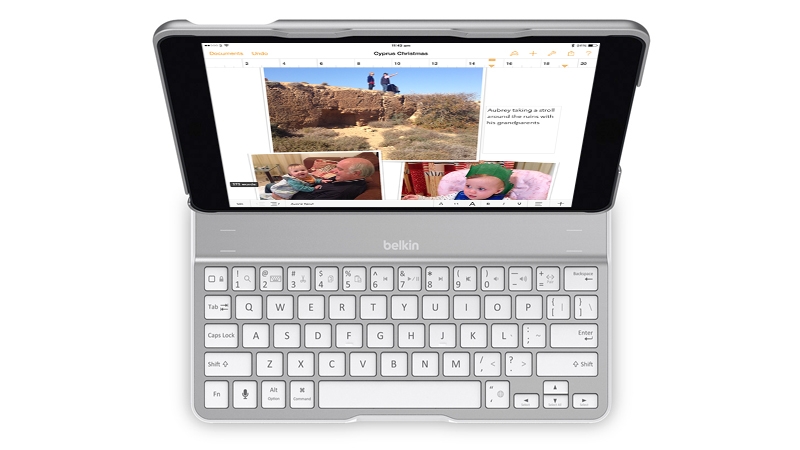 There’s a lot we like about the Belkin Qode Ultimate Keyboard Case: the case provides strong protection, it’s easy to use – the magnetically enhanced, multi-positional stand is a highlight – and the keyboard is (while limited in space like all portable units) nice to type on. It also looks smart, even if once again we see that the ‘Apple look’ isn’t as easy to nail as Apple makes it appear. But the weight is a mark against the product, especially given the svelte challenge of the rival Ultrathin unit from Logitech. Solid – in more than one sense of the word.

The Belkin Qode Ultimate Air is a combination case, cover and wireless keyboard for the iPad Air, offering robust protection and a decent typing experience but a number of compromises. Here’s our review.

In some areas of consumer tech the tendency of rival companies to appropriate the look and styling of Apple products is frowned upon, but accessory makers generally get a pass; after all, the idea is for the accessory to blend in with the iPad or iPhone it complements.

Belkin’s iPad case, then, gets away with adopting Apple mannerisms for reasons of stylistic co-ordination – but loses some marks for not quite nailing the look. It feels like Belkin has tried to imagine what a netbook would look like if designed by Apple. But it only partly captures the essence of such a project. 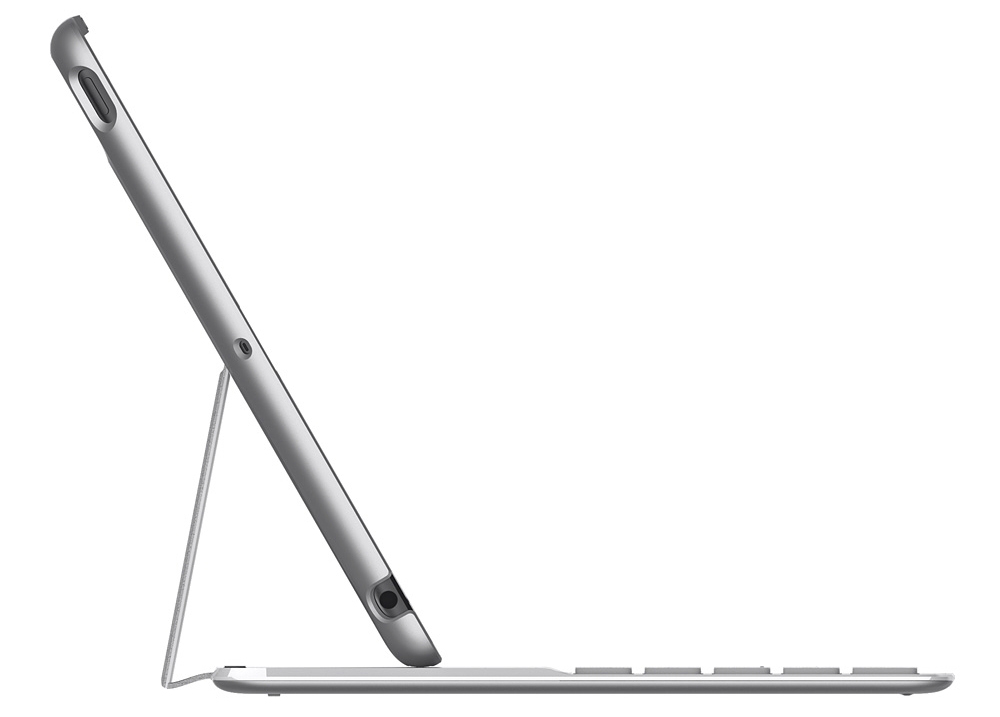 The keyboard section of the device is somewhat like the keyboard you get with an iMac, with the characteristic white Scrabble-tile keys and aluminium backing (on our review sample – a black version is also available). This is attached via a leather-effect hinge to a plastic case that fits around the iPad Air itself. But this grey hinge section and dirt-attracting white plastic back break the chic spell cast by the generally sharp-looking keyboard (whose labels are ever so slightly blurrier than those on a bona-fide Apple unit). It’s still smart, and a good effort, but loses out by the comparison with Apple aesthetics it has chosen to pursue.

As usual with all but the most heavy-duty of iPad cases, you get access to all the ports, mics, speakers and switches, and it’s easy to fit the tablet into its holder (but not so easy that you worry that it’ll fall out). An indent on both sides of the clamshell around the spacebar region means you open things up in a laptop style, but one tiny gripe is that the ‘top’ half of the shell is thicker than the bottom, which goes against the natural way of opening a laptop. Early on we often cracked open the case to find the keyboard up in screen position and the iPad lying flat and apologetically on the table. There’s not much Belkin could have done to avoid this, of course, and you quickly get used to it.

The Belkin uses magnets to hold itself securely closed (this means the iPad wakes up when it’s opened, and goes to sleep when shut). There are also strong magnets to hold the iPad propped up in the three vertical postures – you can press against the iPad reasonably firmly without pushing it over, which is important for allowing you to switch between keyboard and touch input.

Our main issue with the physical design is its sheer mass: at 417g it’s almost as heavy as the iPad Air itself (478g in its weightiest form), and far heavier than the 285g Logitech Ultrathin keyboard we reviewed last week. So while there is compensation in the robust protection the case provides to your tablet, by nearly doubling the weight it considerably lessens the iPad Air’s principal selling point. 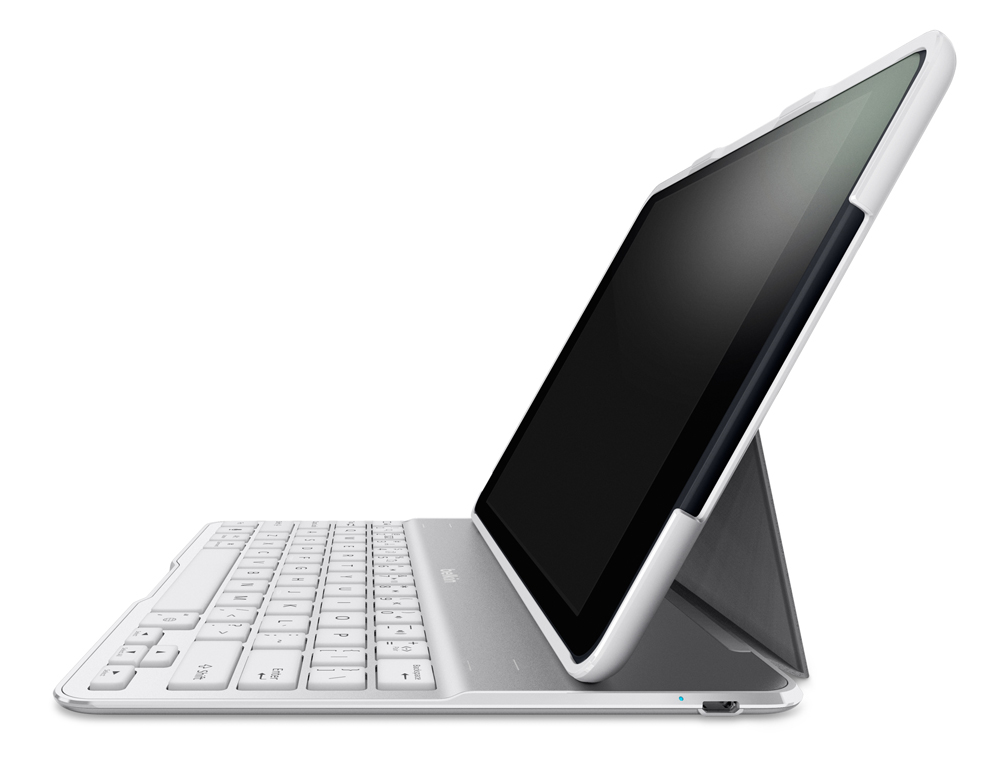 The keyboard is nice enough to type on, but limited as all portable units are by the space available. It seems that Belkin has tried to emulate the feel as well as the look of Mac keyboards, and the keys have the same kind of action: light, quiet, responsive to gentle typing.

Of course, there isn’t the same spaciousness and comfort here that you’d get with a desktop or even laptop keyboard, and everything is by necessity cramped into a smaller space. The Enter key is smaller than you’re probably used to, for example, there’s no forward delete at all and all of the keys are slightly smaller than the equivalents on a full-size keyboard. Your reviewer was most flummoxed by the different placing of the colon and semi-colon, but a few minutes’ typing will reveal the small locational tweaks likely to cause you the most irritation. 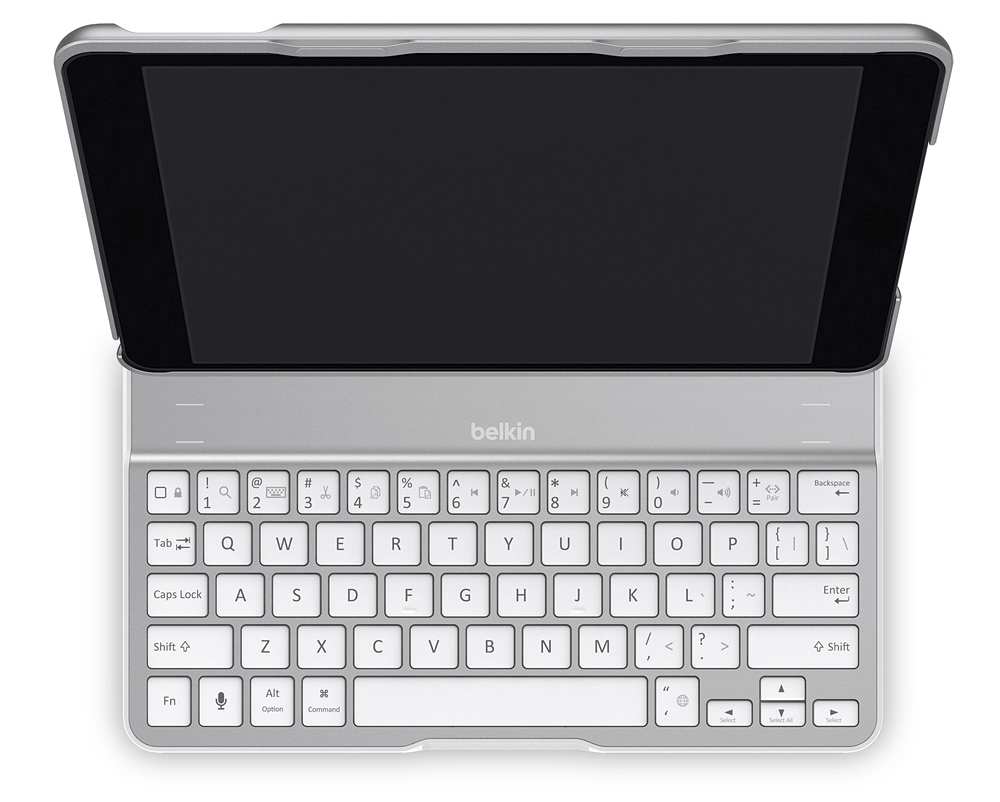 But on the plus side, there are some thoughtful additions to the normal keyboard layout for the iPad user. There’s a Siri button, for instance, a screen lock button, secondary function keys that bring up the onscreen keyboard and switch between keyboard types (the latter is handy for bringing up Emoji characters), and music playback controls that wouldn’t ordinarily be expected to make the cut.

Finally, we had no problems to speak of setting up the Bluetooth wireless connection that tethers the keyboard to your iPad. But in use the keyboard occasionally became briefly unresponsive, particularly when we woke the device up from sleep. On its website Belkin warns of some issues with freezing in iOS 7 (and claims this affects all Bluetooth products, not just its own) and says it’s working on a fix. 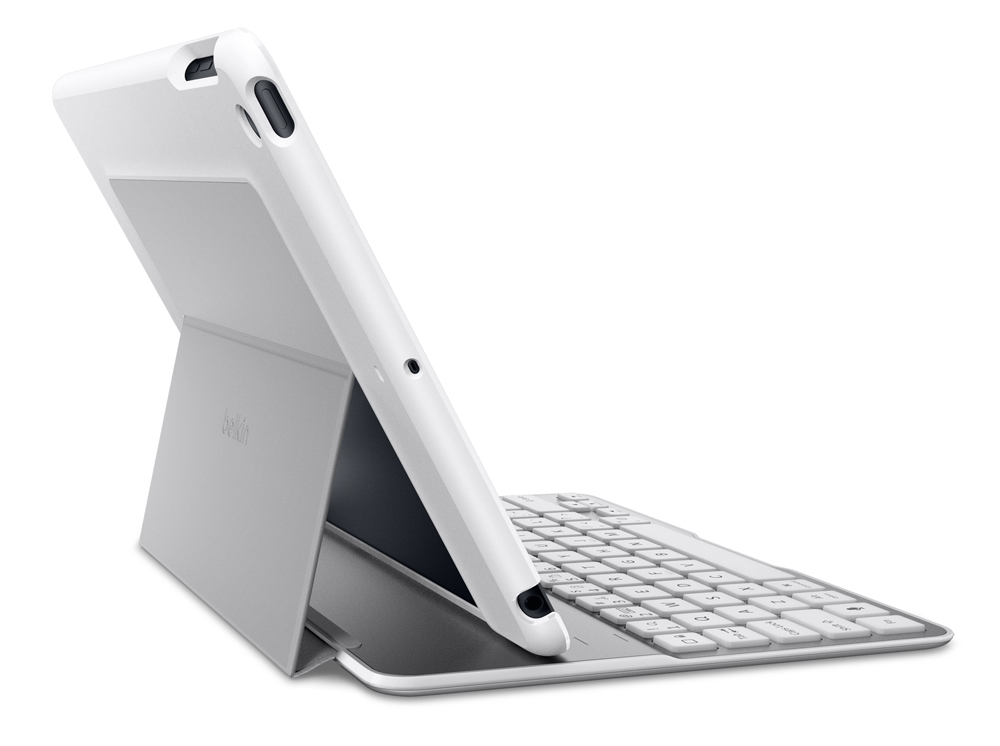