Threes is a beautiful, and beautifully simple, iPhone puzzle game with heart and strategic depth. A wholehearted recommendation.

Now this is a great iPhone puzzle game. Attractive, potently addictive, simple yet full of strategic depth, Threes (or ‘Threes!’ to give the official title) is an early contender for iOS game of the year.

The game is based on a set of numbered tiles which you manipulate around a four-by-four board. There are blue ones, and pinky twos, and you jam these into each other to make white threes. Everything else is a multiple of three created by joining two matching white tiles. Two plus one equals three. Three plus three equals six. Six plus six equals 12.

Like Tetris, Threes warns you of the next tile to arrive (or at least its colour – it doesn’t differentiate between the 12 white tiles), so you need to plan ahead. You make your move by swiping across the board, which sweeps all movable tiles one step in that direction – tiles can move into empty spaces or combine with matching tiles in their path. The new tile will appear in one of the spaces thus generated, and you can guarantee it’ll appear wherever you least want it to go.

As a gameplay premise this might seem shallow – and it’s certainly simple to pick up the basics – but getting into the serious three- and four-digit tiles takes real commitment: lengthy comment threads have been proliferating on gaming forums to discuss strategy, and while there’s undoubtedly some luck involved, Threes has hidden depths. There’s no timer, and you almost seem to slow down as you get better at the game; sometimes you can play by instinct but you’ll frequently find yourself planning a move for ages, like a chess Grandmaster. 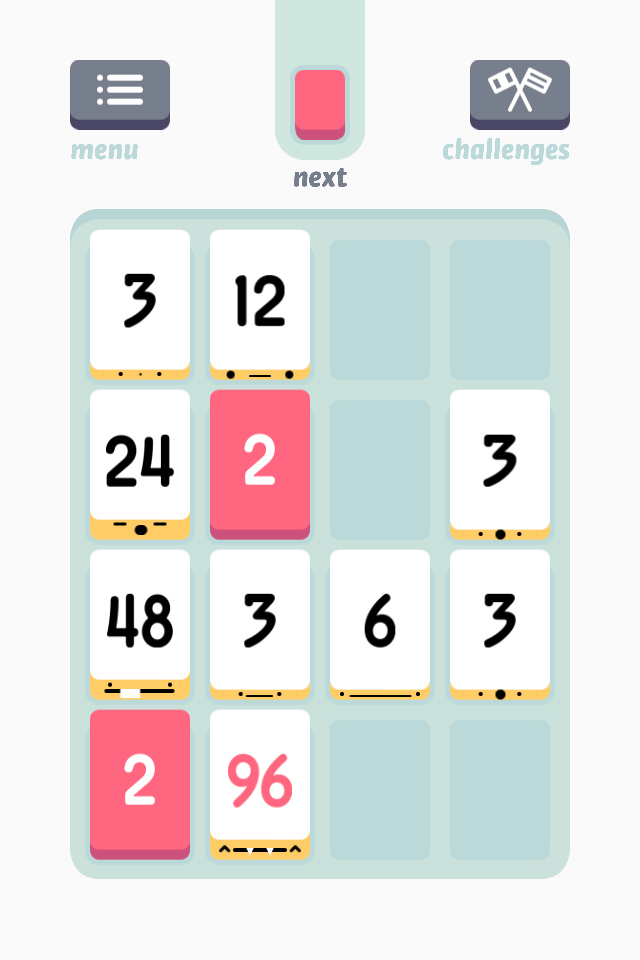 And that’s without getting into the brilliant elements that really are shallow. The presentation of this simple but rich concept is first-rate, with clean, attractive graphics and terrific music. And the devs have thoughtfully included a ‘conserve battery’ mode that halves the framerate in order to keep your iDevice running longer.

One of the many inspired secondary elements is the fanfare the game performs each time you obtain a white tile for the first time. (There are, we understand, 12, culminating in the legendary 6,144.) Each tile has a silly name, and slightly more ornate ‘face’ graphics than the tile before, and ticker tape rains down, and you feel like the champion of the world. All for making two 192s turn into a 384. Maths was never this satisfying at school. 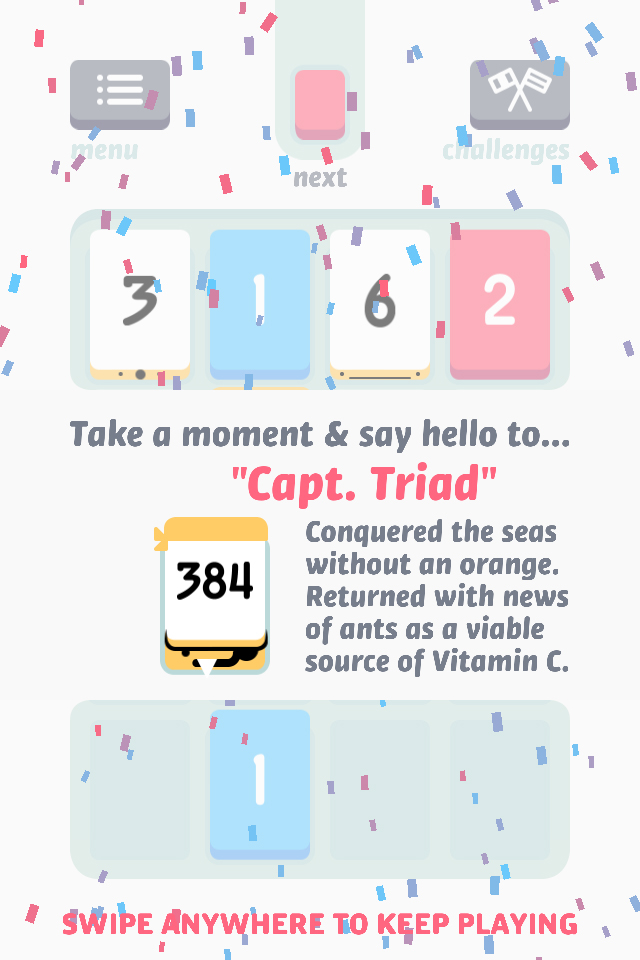 The only strike against Threes that we can think of is the lack of a quick quit/restart mechanism. Puzzlers often neglect this simple but vital aspect – Pangolin and its please-make-this-industry-standard ‘swipe to restart’ feature shows how to get this right – but few games make you jump through quite as many hoops as Threes in order to give up on a doomed attempt and go again. There’s certainly nothing as obvious as a ‘restart’ button; rather, you tap Menu, Main Menu, then Quit Threes, and finally Play Threes to start a new game.

It’s particularly annoying if you’ve goofed up and died unexpectedly (an annoying enough situation in itself). At this point all the menus vanish, and you have no choice but to submit to the totting-up procedure (which takes a few seconds), then ‘sign’ your score. Finally, you are shown your finished board, and can start a new go. None of this takes terribly long, but many players in this situation will frustratedly want to get right back to the action, and putting barriers in the way is a pain. If you know you’ve done badly it would be nice to have the option not to bother adding the numbers up. 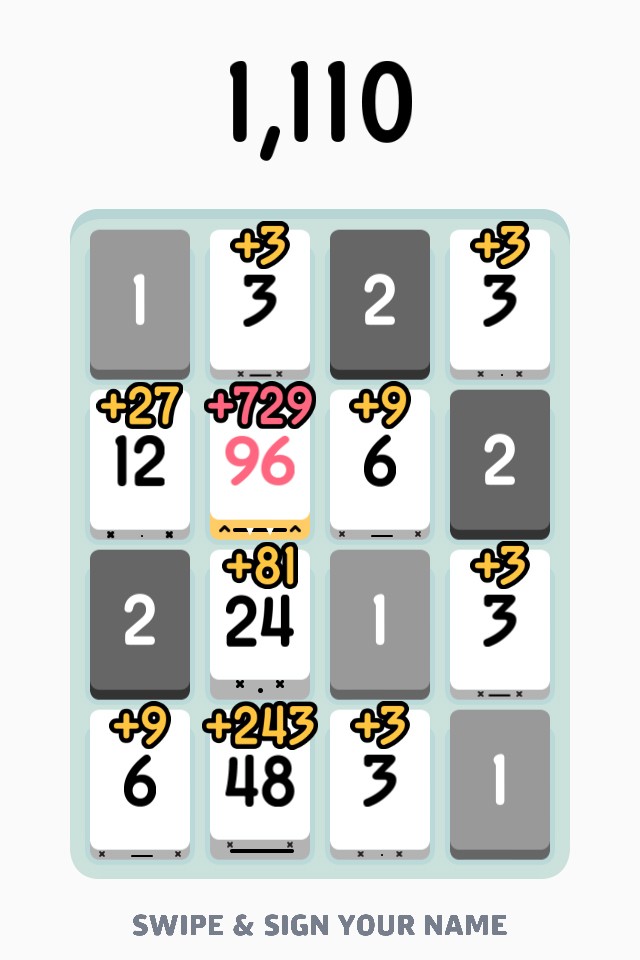