Skip to content
Home / Apple / Reviews
At a Glance

If you just want a simple way to stream 4K content on your TV then the Chromecast Ultra will get the job done. Those wanting more bells and whistles, including 4K HDR, Dolby Atmos sound, games, the new Apple TV+ service, all while being able to access photos, videos and iTunes purchases will find the Apple TV 4K an excellent solution.

With streaming movies and TV shows now beginning to replace broadcast television, having an excellent way to access this content in your living room is increasingly important. True, most new TVs come with smart interfaces, but they can be limited and fiddly to use.

Apple and Google have their own solutions to the problem, with the Apple TV 4K and Chromecast Ultra. In this article we compare them to see which one is best for Apple users.

How much to they cost?

As the two devices behave in different ways, there’s a bit of a gap between their prices. The reasons for this will be explained below.

These are available to buy now directly from Apple, Amazon, John Lewis or most other tech retailers.

Google’s Chromecast Ultra is significantly cheaper at £69/$69 with a non 4K model Chromecast costing £30/$30. Again, these can be bought from Google and other retailers, although Amazon’s rival Fire Stick 4K seems to be the alternative offered on the company’s stores. 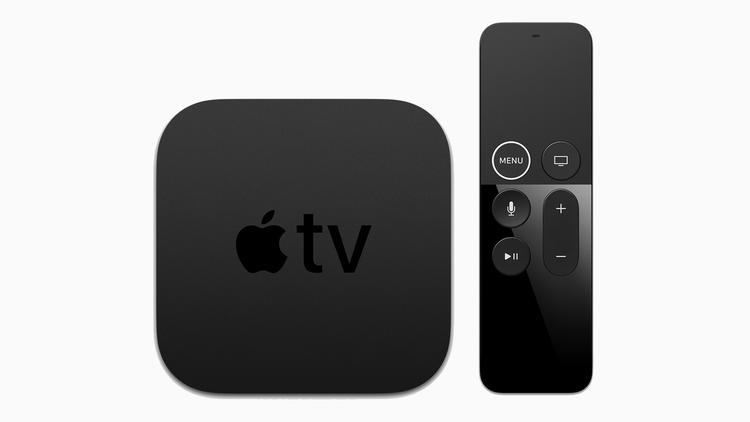 The Apple TV 4K is a small box designed to sit under your television set. It connects via a HDMI cable and is powered by a standard cable that you plug into a wall socket. It can either receive data from the internet via WiFi or by connecting a cable from your router to the Gigabit Ethernet port in the back of the device.

It’s a standalone unit with its own dedicated interface, apps, remote control, and doesn’t require an iPhone or iPad to access any content as the Apple TV 4K connects directly to the internet.

What is a Google Chromecast Ultra? 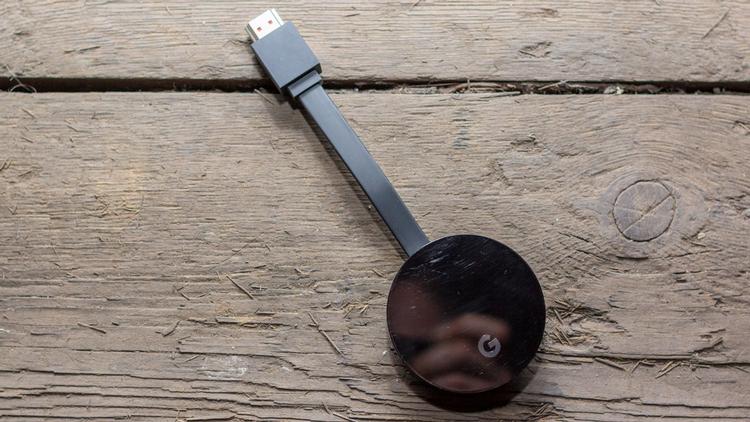 Google’s approach is a little different, in that the Chromecast Ultra is a much smaller device that plugs straight into the TV’s HDMI port rather than using a separate cable. Due to its lightweight construction, the Ultra just hangs there happily, taking up no additional space.

It comes with its own external power source that plugs into the micro USB port on the bottom of the Ultra, but this also adds an ethernet port so you can choose from either WiFi or a direct connection.

There’s no remote control to speak of, or interface for that matter, as the Chromecast requires connection to either an iPhone, iPad, laptop or Android device to play any content.

What does the Apple TV 4K do?

As this is Apple’s fifth generation of its TV device, the experience is one that’s polished and offers some interesting features. When turned on you’ll be presented with a grid-style interface similar to that found on Apple Music and iTunes. There are various apps that give you access to content associated with your Apple account – such as music, TV shows and movies bought on iTunes over the years.

There is also a wealth of other apps available, either pre-loaded or from the App Store. These include the streaming heavyweights such as Netflix, Amazon Prime Video, YouTube, BBC iPlayer, Disney Life, NowTV, as well as the new Apple TV app itself. The latter will become more useful after 1 November when the new Apple TV+ service launches, bringing exclusive new TV series and movies to the device all for £4.99/$4.99 per month or completely free for a year when you buy a new iPhone, iPad, Mac, iPod Touch or Apple TV.

For more details on this new venture, read our Apple TV+ guide which outlines the content that will be available on the service.

As the name Apple TV 4K suggests, the device supports content up to and including 4K. That’s not all though, as it also delivers High Dynamic Range (HDR) for increased picture quality and Dolby Atmos audio for richer sounds.

You can use the Apple TV 4K as a standalone device, but when combined with an iPhone or iPad you’ll also be able to stream content directly from the device to your TV, these include photos, videos recorded on your device, and mirroring your Mac’s screen. Plus, you can use your iPhone as a spare remote control. 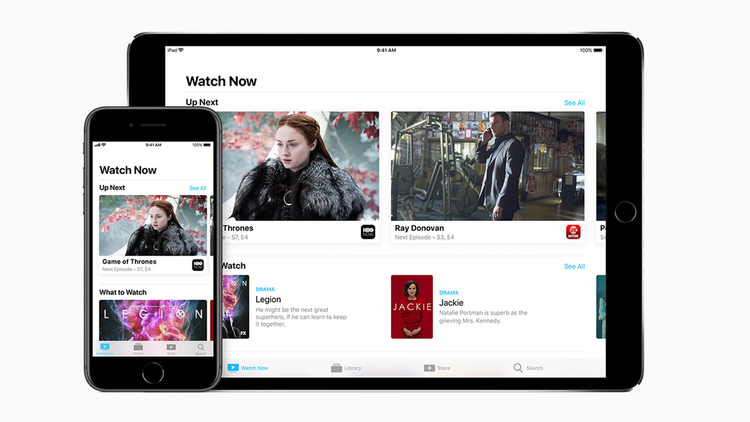 If you prefer to use the one included with the Apple TV 4K then you’ll be able to ask Siri to find content, control playback, and even ask what someone said in the show you’re watching with Siri instantly rewinding by ten seconds and putting on the subtitles.

The remote control also doubles as a game controller, thanks to the built-in sensors, so you can avail yourself of the many titles in the App Store or through the new Apple Arcade service. Should you require more finesse, you can also pair a PlayStation DualShock 4 or Xbox Wireless Controller via Bluetooth.

What does a Google Chromecast Ultra do?

In keeping with the simplistic design, Google’s offering keeps the software side pretty minimal too. As we mentioned above, there’s no dedicated interface or controller, instead your iPhone or iPad is the way to access content.

Essentially, you’re using a compatible app – such as BBC iPlayer, Netflix, YouTube and many others – you’ll have the option to tap the Chromecast button at the top of the screen to send the video content directly to the Chromecast Ultra. This will then connect to the internet, find the relevant movie, show or channel, then play it on your TV. 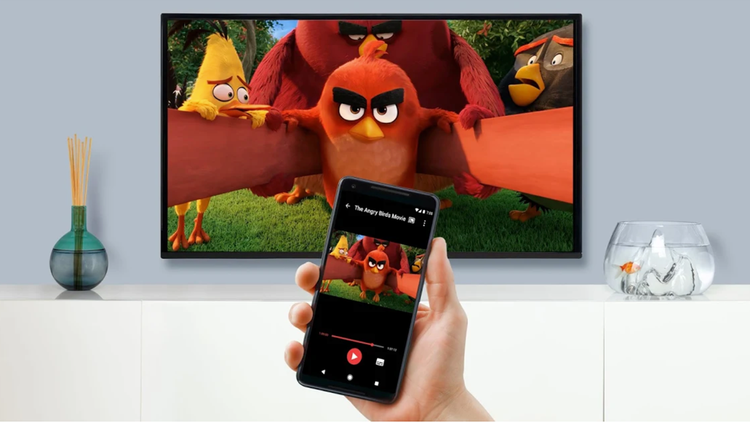 It’s not all plain sailing with iOS though, as Apple’s own Music, TV, Photo, and Video apps don’t support Chromecast, but rely instead on AirPlay to send content to an Apple TV. This means you can’t mirror your screen or show people your photos easily when using an iPhone and Chromecast Ultra.

For compatible apps though you’ll be able to enjoy 4K content, albeit not with the HDR and Dolby Atmos refinements of the Apple TV 4K.

The Apple TV 4K is easily the more powerful and feature packed device for Apple users. It integrates much closer with iOS, allowing photos, videos, and Apple Music to be played effortlessly on your television. There’s also the gaming aspect and the inclusion of a year’s free Apple TV+ subscription for new users to add into the pot.

That being said, if all you’re after is a simple way to watch 4K content from Netflix and similar services on your TV, the Chromecast Ultra can deliver for a lot less money than its rival. As always, you’ll need to decide on your particular needs before making a purchase.