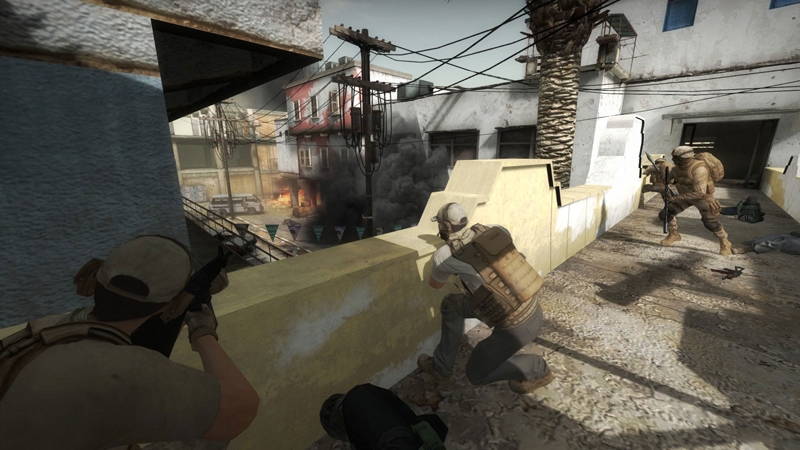 Once you learn the maps, get comfortable with the game-types and play tactically as you should, Insurgency becomes a world of fun. A few small bugs are annoying, but ultimately don’t detract from your enjoyment. It won’t break your wallet and is worth the time of any shooter fan that likes a dose of realism. New players will struggle, but the community is friendly and helpful.

There hasn’t been a new tactical shooter on the Mac in a while. We were fond of playing Rainbow Six and Ghost Recon back in the day, but updates to those games have long since stopped appearing on our preferred Apple platform.

Leave it to an independent developer then to dish up some sweet tactical goodness in the form of Insurgency. A tactical shooter like Insurgency is defined by gameplay that requires you to think and act strategically, while often featuring realistic damage and bullet physics. In Insurgency, you can die in one shot if you aren’t careful. Call of Duty this is not. 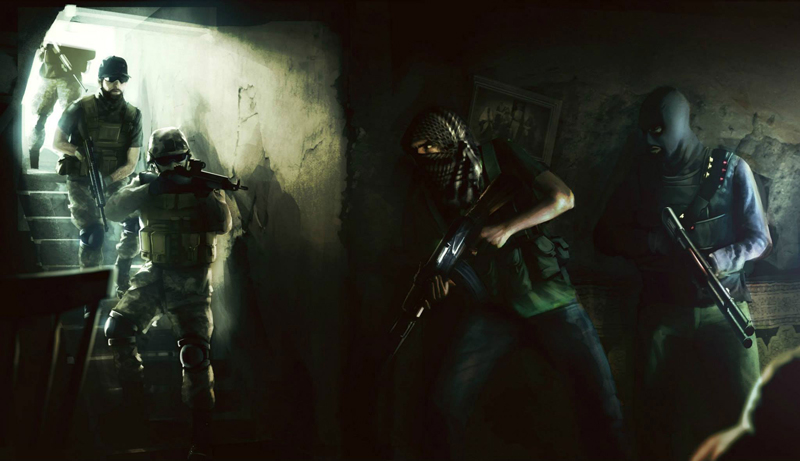 At its core, this game demands teamwork and patience. If you aren’t capable of either, we suggest you move on. Yet, those willing to learn the nuances of the mechanics will find a very tense and satisfying shooter at their fingertips.

An introduction to Insurgency can be brutal, as you will be punished for blindly rushing about or failing to cover corners. However it is never cheap or unfair – every death is always your own doing and a lesson on how to improve. Without any kill-cams, you have to learn where you are dying from, and why, without any particular assistance. 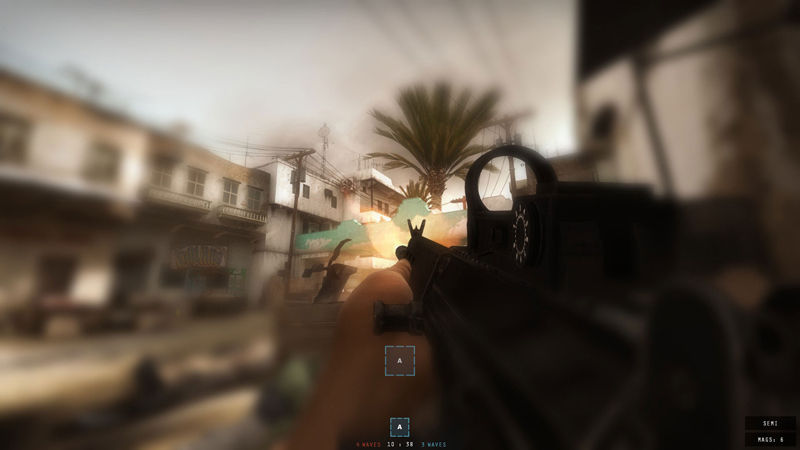 Available to play are ten different game modes across eight distinct maps. Four main categories define the type of play, some offer more tactical games, or more action while others are cooperative against the very competent AI.

A quick filter system lets you easily pick what mode and map to play on, or you can browse the server list. This makes it simple to jump into whatever kind of mode you feel like playing. 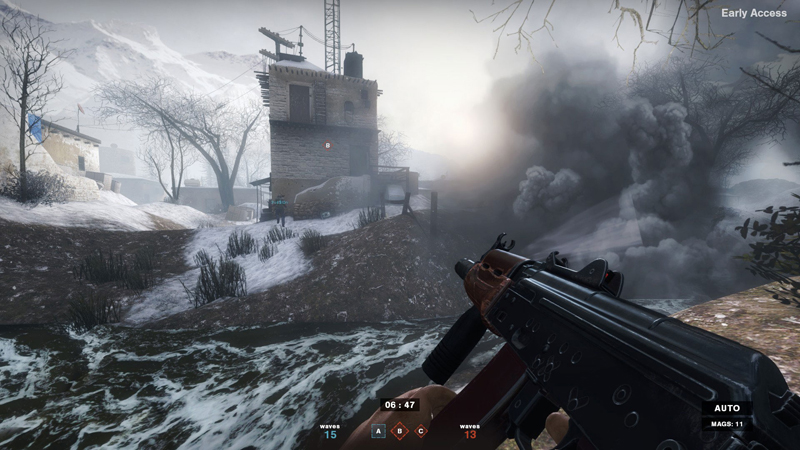 Insurgency’s 32-player maps offer a lot of variety. The urban cityscapes will have you crawling across streets under the cover of smoke, while another may have you creeping around mountains with a sniper rifle. Our favourite is a multi-storey building with numerous ways to get around and flank the enemy team.

Fortunately for a game built on teamwork, it provides you with full communication options. Built in voice chat is clear and easy to use at the press of a button. Team chat and “all” chat are also present making coordinating enemy locations and strategy simple so long as you use it. 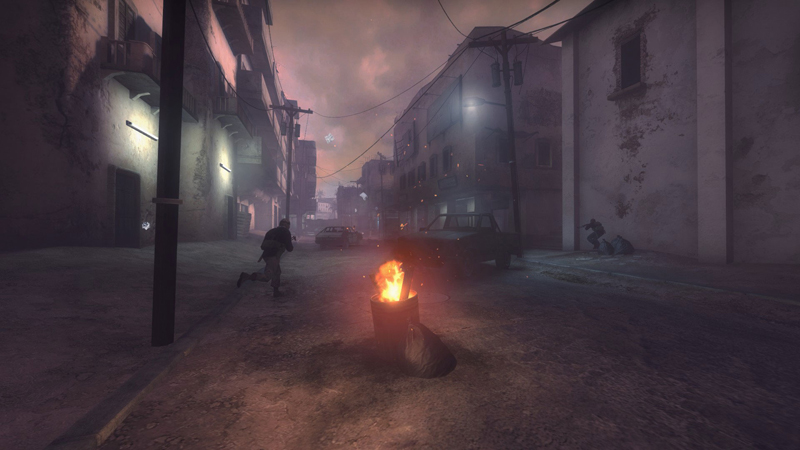 Each side – the Security forces and Insurgents – have squads and classes each player can fill in. Each side and class has a particular range of weapons and gear available to equip via supply points. Extra ammo may cost you one point, but a suppressor will cost you four. Its fun to mix and match your supply points as you like or the match requires.  Every weapon feels weighty and each shot impactful. Just watch your aim because friendly fire can also take you or your fellow team members out.

There is also a great vote kick/ban system in place that lets you call out changes to vote on. This type of player power is good and helps get rid of the occasional team-killer or unwanted map rotation. 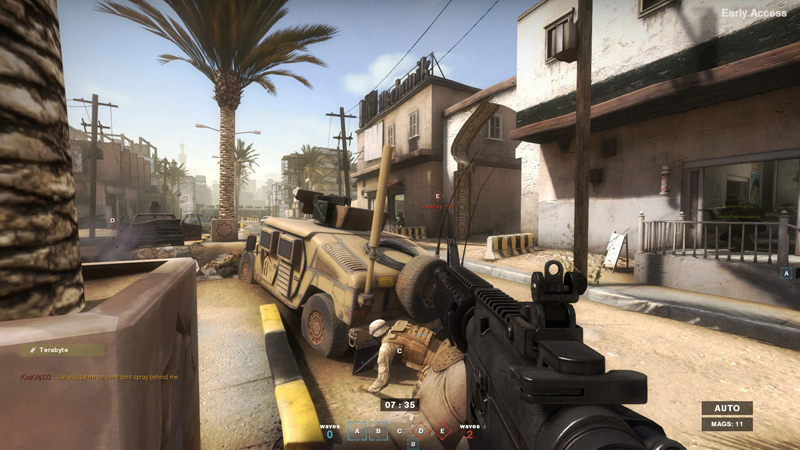 Visually Insurgency is solid. It uses Valve’s Source engine so is comparable to the likes of Left 4 Dead and Half-Life 2. It won’t dazzle you, but it is certainly looks good enough. Performance was smooth on a mid-2010 iMac and should scale well to most any computer.

Mavericks’ notification centre will cause stuttering, so we had to disable it while playing. Another bug is that the cursor will often disappear. An easy fix is to toggle the Steam overlay on and off, which can return the cursor to view.

The strength of the game’s audio is appreciated. Gunshots are crisp, footsteps can place enemy locations and soldiers frequently shout out contextual commands or responses. And should you survive an explosion, you will left with your ears ringing. With no interface to tell you clip count, you must listen to know if your shots fired.