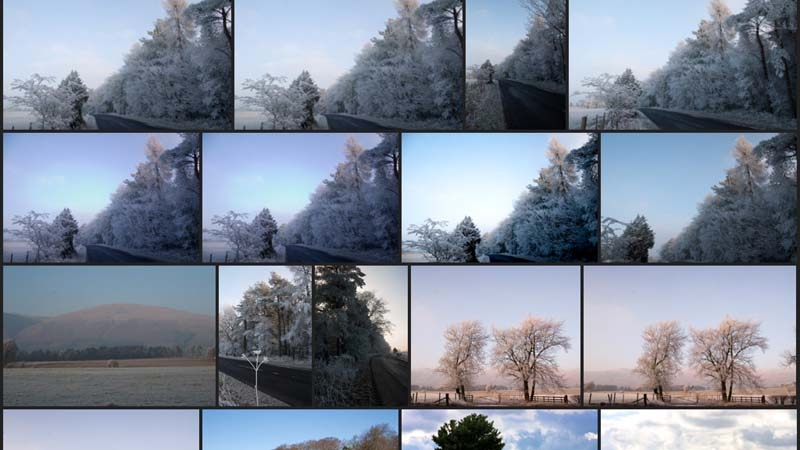 If you are a Creative Cloud subscriber and a power user of Lightroom 5.4, downloading this to your iPad is a no brainer. Despite several glaring omissions, which hopefully will be addressed in version 2.0, it offers a useful mobile extension to a professional photography workflow. Those who have already purchased Lightroom as a standalone product are cut out of the loop however. Rather than take out a Creative Cloud subscription, third-party standalone apps seem more likely to receive their patronage.

Lightroom Mobile offers a largely stress-free method to organise your images on an iPad, perform some light editing and enable client approvals on the go. It looks slick and high quality on the retina screen of an iPad, though both Android and iPhone versions are on the cards, according to Adobe.

Although the app itself is free, it needs to work in conjunction with Lightroom 5 on the Mac or PC and the Lightroom mobile service, which offers synchronisation of image collections between desktop and iPad versions. The latter service is part of Adobe Creative Cloud, so to use Lightroom on the iPad you’ll have be signed up to one of the subscriber plans, even if you have purchased the standalone Lightroom 5. At the moment, the cheapest plan is Photoshop Photography Program, for £8.78, so in real terms the app is expensive compared to competitor apps like Photosmith by C² Enterprises (£13.99), but then you do also get the Creative Cloud applications and storage. 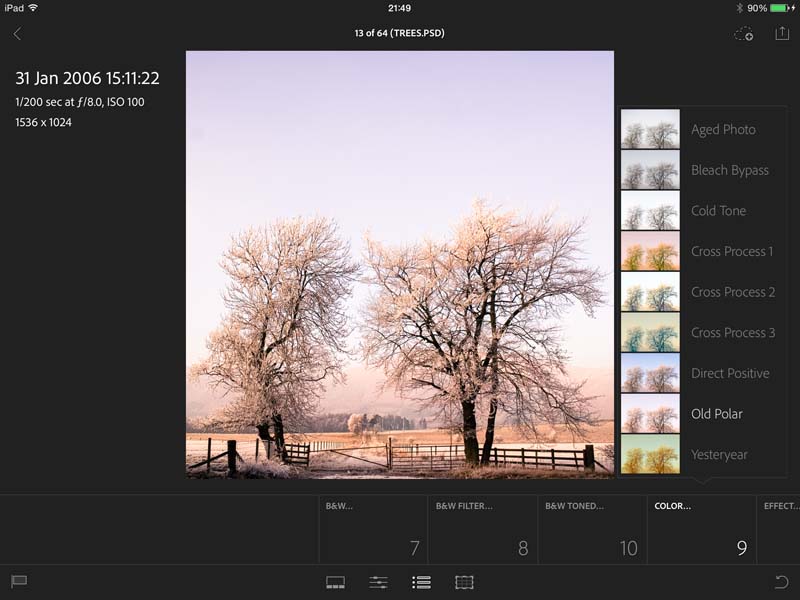 Any adjustment to a synced image will soon be reflected in the Collection on your Mac, or activated instantly by hitting the Sync Now cloud button

To enable a sync with the iPad, you have to organise your photos into Collections in the desktop version and enable their sync button. The process uses Lightroom’s lossy Smart Previews, rather than full sized images, but even with both Macbook and iPad on the same Wifi network, our test sample of forty photos took six minutes to fully sync to the tablet. It may be dependent on the network, but it’s easy to imagine this delay prompting frustration if you have to upload a full photo-shoot five minutes before a client meeting.

It’s easy to create and rapidly populate a Lightroom Mobile Collection from scratch, drawing from the iOS Camera Roll, though the lack of RAW import is poor (Photosmith can handle native RAW rendering). Again we found a noticeable delay with the image sync from iPad to desktop Collections. There is no tethering facility on the iPad, though it’s a feature on the desktop version. The ability to run a camera capture session from Lightroom Mobile would be great, so maybe that’s something for version 2. 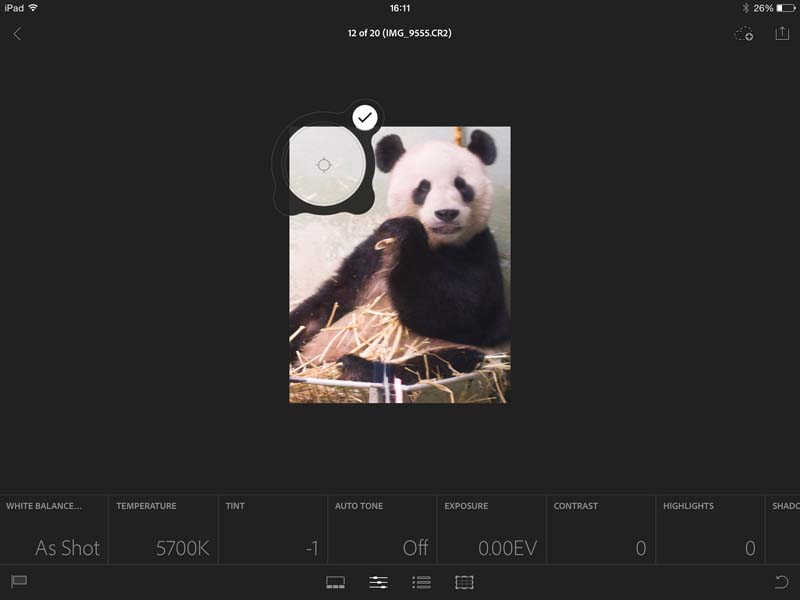 Adjustments offers value sliders for basic develop settings such as exposure, or a selector that can be dragged to set custom white balance.

Lightroom 5’s extensive organisational system of star ratings and ITPC metadata hasn’t been reflected on the iPad either, with the rating options limited here to tapping to Flag, Unflag, Pick and Reject images. The lack of a keywording facility is a serious omission and needs to be addressed in a swift update if Lightroom Mobile is to be viewed with much credibility.

Basic image editing is easy however. Tapping the collection displays an image grid, while tapping an image opens it in Loupe view., with icons at the bottom showing Filmstrip, Adjustments, Presets, and Crop controls. Crop offers a variety of standard aspect ratios, the Filmstrip is self-explanatory, while Adjustments offers value sliders for basic develop settings. Pop-up thumbnails offer previews of the rather conservative Presets. There’s a range of useful B&W straight, toned and filtered looks, but Direct Positive and Bleach Bypass are as wild as it gets. The Presets and Adjustments are applied wholesale to images, rather than selectively to several areas, as in Snapseed from Google (free). A further two finger image tap displays histogram and file data, while three finger taps shows ‘before’ images for comparison. 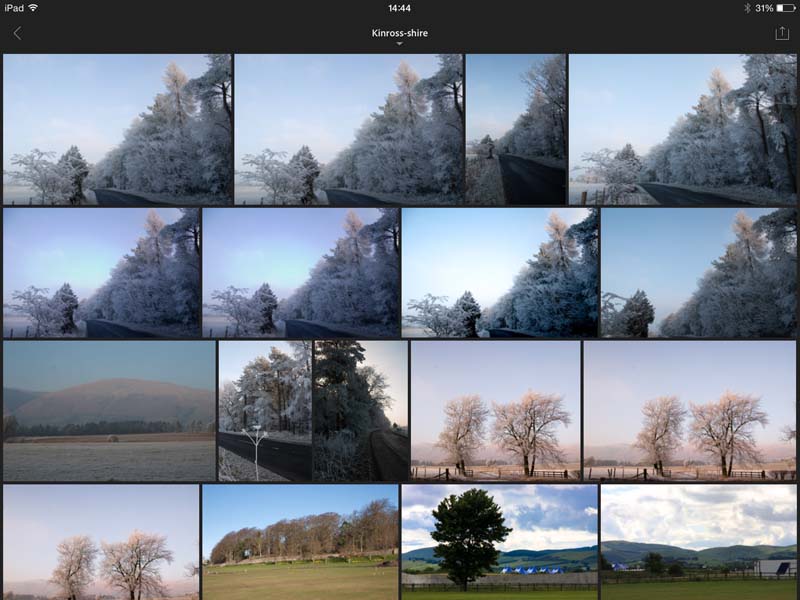 Photos from the collections you synced in Lightroom 5 appear on your iPad, initially displayed as a grid. Tapping an image enters the Loupe view where basic adjustments take place

You can download iPad Collections for offline editing or export (though only as lossy versions) or share images from the app (AirDrop, message, email or Twitter/Facebook but no Behance or Flickr). Any storage for synced images will not impact on your 20GB of Creative Cloud storage, so you’ll only be limited by your iPad storage.