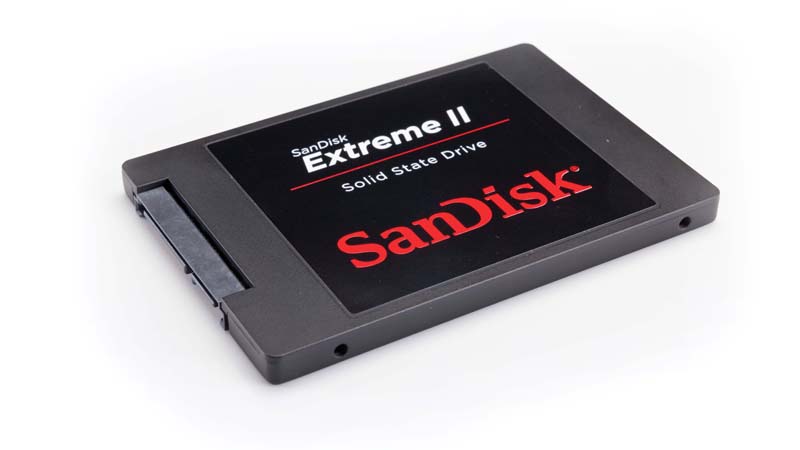 The SanDisk Extreme II would have stood out as a well-balanced high-performance SSD among its peers 12 months ago. It still does in spring 2014, and now additionally benefits from keen pricing.

Solid-state drive technology has transformed the computing experience for anyone that’s upgraded their computer from hard disk to SSD. What holds many other people back from experiencing that transformation remains the relatively high cost of SSDs.

But prices had dropped considerably in the last two years, and with affordable flash drives like the SanDisk Extreme II we can now go flash for the magic figure of 50 pence per gigabyte.

In the case of the SanDisk Extreme II drive here, its attractive pricing is in part due to its age, almost one year old now but still part of the company’s SSD portfolio. In fact, it stands at the top of its range. That age is less of a concern now as the major engineering hurdles to making a great-performing SATA solid-state drive have been largely overcome.

Like most SATA solid-state drives today it takes a 7 mm high form, and is constructed around a cast aluminium shell with a total weight of 57 g.

The Extreme II uses SanDisk’s own NAND flash stock, based on 19nm MLC. In charge of this is a Marvell controller, the Marvell 88SS9187 that we’ve also seen used to good effect in last year’s Crucial M500 and Plextor M5 Pro – both premium products and award-winning drives. One difference may lie with the firmware loaded, which is believed here to be SanDisk’s own recipe.

Data is buffered by a healthy 256 MB of fast DDR3 cache. Firmware upgrades are available through SanDisk to patch defects although we could only find a Windows utility to do so.

Like any self-respecting SATA Revision 3 solid-state drive, simple sequential tests were nudging the interface limit – with sequential reads at least. The ATTO Disk Benchmark tool here showed reads up to 557 MB/s and writes not too distantly behind at 519 MB/s.

Probing further with CrystalDiskMark indicated superb small file transfer characteristics. But first the headline sequential speeds: 514 MB/s reads and 483 MB/s writes. We checked with both default random data, and also with the 0x00 string-o’-zeroes test and found exactly the same peformance within measurement error, demonstrating why Plextor can truthfully market its SSDs – which use the same controller – as TrueSpeed. In other words, performance will not vary depending on what type of data you’re writing.

Down at the small random file level, the SanDisk Extreme II was essentially at the milestone 100k IOPS level. CrystalDiskMark reported 99,328 IOPS for random 4kB reads at 32 queue depth. Writes here were 78,848 IOPS.

For single-threaded transfers we saw 4k random reads and writes at 35 and 97 MB/s respectively, suggesting a bias toward write speed.

In AS SSD, the Extreme II was awarded an overall score of 1062 points by the benchmark. Here again was faster file reading when stacked to 64 threads – 349 reads versus 280 MB/s writes – and great 4k writes of 79 MB/s against 28 MB/s reads.