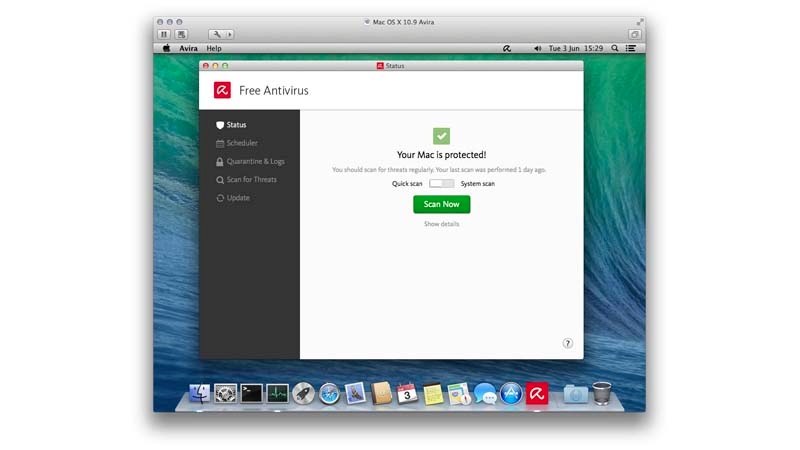 Avira’s free offering for Mac users displayed good malware-spotting skills and a tidy user interface that doesn’t detract from its duties. The German and family-owned company doesn’t currently seem to subsidise its freemium business model by selling user data. With one of the lowest impacts on system performance, Avira should also not make its presence known when working behind the scenes.

Avira is another long-running Windows virus specialist, founded in the 1980s and based in the southernmost edge of Germany in Tettnang. Its most popular product was AntiVir and is often recognised by the trademark umbrella logo.

Not unlike Avast, Avira is still focused on Windows products, including a free Windows anti-virus program, and now offers Android and OS X products. Its UNIX and Linux protection has been discontinued.

Avira says it does not collect any personal information while the software sends samples to its German servers. The company’s privacy policy indicates that such sampling is only active in its paid-for products too. Abiding by German privacy laws, Avira should be safer haven for any personal data the use of the program does leak. 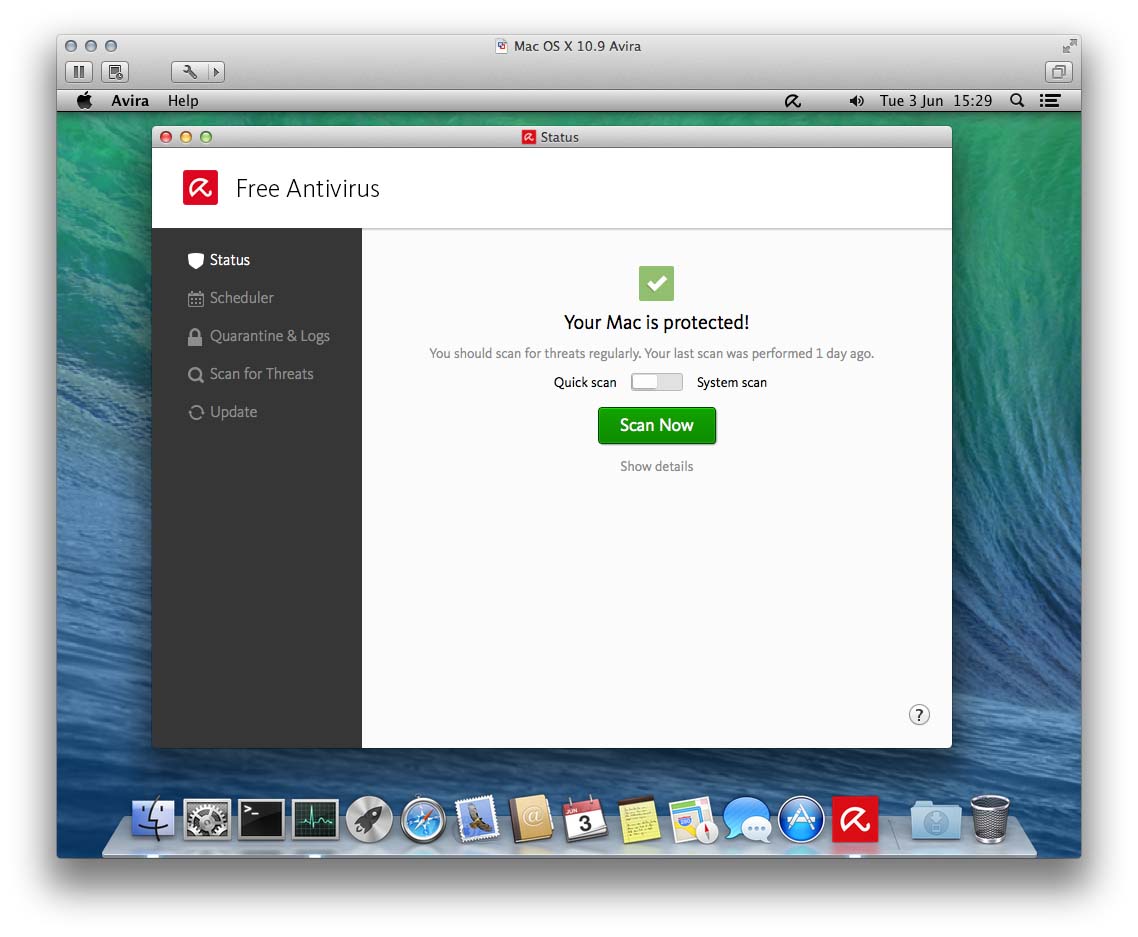 After installation, a restart is not necessarily, and the application automatically updates itself with latest definitions, then proceeds to a Quick scan. In our case it rather self-righteously declared that ‘all the security risks have been fixed successfully’ even though it had done nothing.

The Avira Free Antivirus for Mac software has a clean, square monotonic look, taking a white background and charcoal sidebar and a red umbrella icon.

Separate sets of preferences are offered, for Threat Scan and Real-Time Protection – its names for on-demand and on-access . The former are those associated with manual user scans; the latter for automatic always-on scanning in the background while you work.

By default, it does not scan all files, only those it considers potentially dangerous. Nor does it scan inside archives until you change the default setting in its preferences.

Heuristic scanning is included, a new tactic employed by many Windows anti-virus programs in a bid to deal with the tsunami of subtly-tweaked Windows malware that is released every week. Such viruses will have the same payload but with code tweaked just enough to create a different checksum and so avoid detection by fingerprint. Heuristic looks at the way a new file starts to behave upon arrival, and try to deduce if it is following any of the familar modus operandi of known threats.

By Avira’s own warning though, activating this can elicit more false positives. A three-position slider for heuristic detection level can be set to Low, Medium or High to adjust its sensitivity.

Another tab offers different threat categories that can be screened, by ticking those to watch from a list. While adware/spyware is unsurprisingly on by default, ‘Dubious Application’, ‘Joke’ and ‘Security privacy risk’ require manually engaging, for example.

Besides real-time protection, like most Avira can be set to undertake scheduled scans on a regular basis. As with on-demand use, you can select a quick scan which only checks the Mac’s most vulnerable system directories, or a full system scan. As well as offering a certain time on a certain day of the week – or simply every day – you can also program it to make scheduled scans more than once per day. 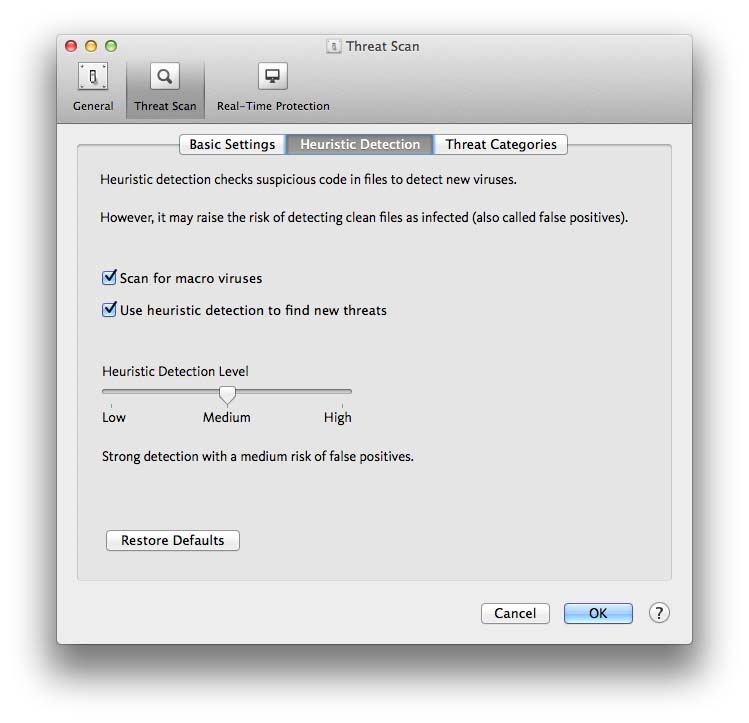 In the last  Security Spread malware study, Avira identified 399 out of 422 assorted Mac nasties, or over 93 percent of the sample group – a fairly decent result. When confronted with 107 different stray components of malware already in place on a test machine, it spotted 38, or a little more than one-third of them. This suggests that if you installed Avira on an already infected Mac, there’s also a two in three chance it wouldn’t be able to warn you.

The lab test had only one false positive and in our testing we saw no evidence of mis-flagging safe files. And unlike the Windows free edition of a few years ago, there was no nagging to upgrade to a paid-for version – although in this example there is no non-free Mac software anyway.

System performance was not hindered whatsoever in our file duplication test, suggesting that no real-time screening is undertaken on files already on the Mac. When we tried an on-demand scan of the same file basket, it took almost the same time as Avast at 6 min 19 sec, and curiously indicated that it had chosen precisely the same number of 23,691 out of around 40,000.

How to remove Mac malware for free