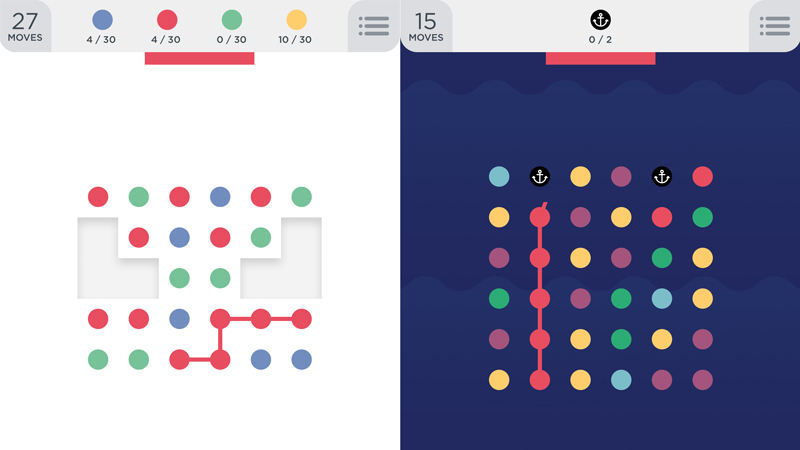 Although connecting dots may not be the most thrilling of concepts, the introduction of levels with increasing difficulty throughout adds a level of addictiveness that the original ‘Dots’ just can’t match. The simple design of the game still remains, with all the attention on the puzzle in hand. Offering a relatively challenging app, Two Dots is engaging enough to provide even the most skilled of puzzlers a lengthy gameplay.

After creating one of the most successful puzzle games of last year, the makers of Dots have returned with their latest offering, Two Dots. Produced by Betaworkers, Two Dots hopes to build upon its predecessor’s success which at the height of its popularity managed to amass over 20 million downloads.

The concept of Two Dots is relatively simple, maintaining the same minimalistic design of the original, with the coloured dots and simple animations making up the majority of the app. The aim of the game is to produce as many vertical and horizontal lines from the same coloured dots as possible. Producing squares is the best way to advance through the levels, hence the game’s motto: “When in doubt, just make squares”.

Two Dots is built around the idea of an adventure. Unlike the original game, the newer version features two ‘dot’ characters, Amelia and Jacques. These two take you through the game, travelling with you through the different worlds as you advance through each level. The characters add a fun concept to the game and may draw in younger users but seem somewhat unnecessary, detracting from the overall simplicity that the actual game seems to want to achieve. 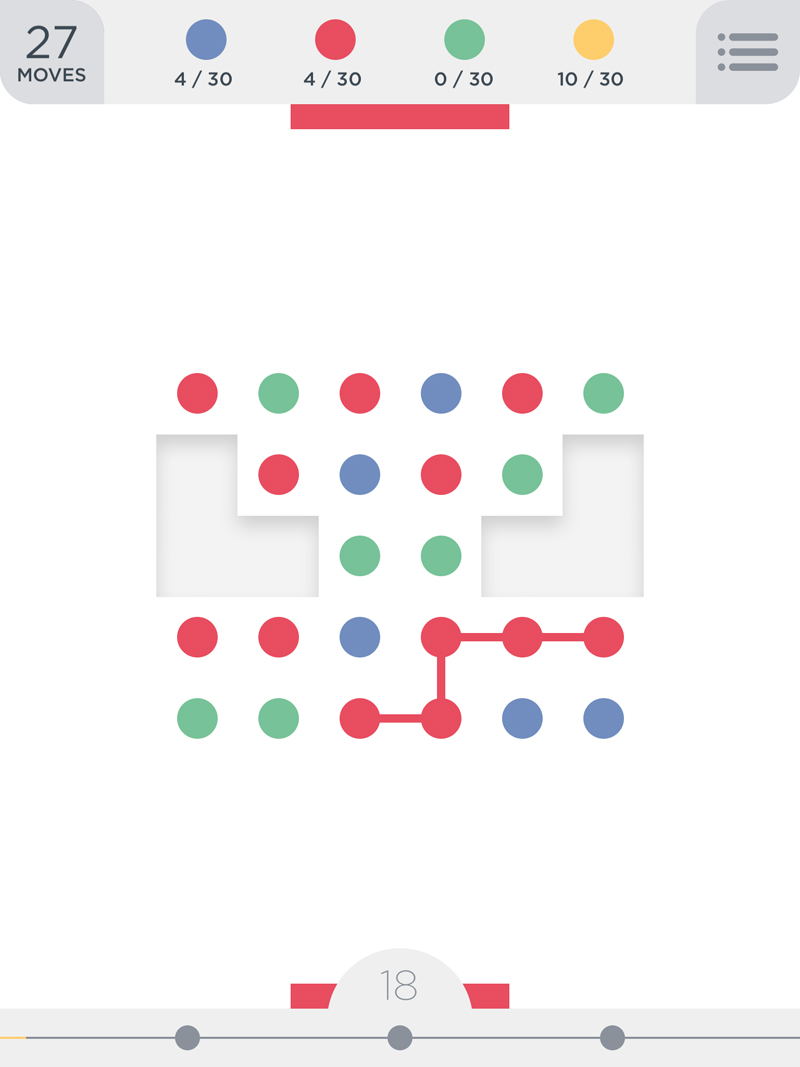 Users of the original Dots game will be aware that there are two challenges: collect as many points as possible against the clock, or beat your high score in 30 moves. Two Dots builds upon the latter, with users restricted to a certain number of moves per level. The aim of Two Dots is not to beat your own high score but to beat each level.

Advancing through levels with a restricted number of lives is reminiscent of games such as Candy Crush and in many ways Two Dots could be thought of as a more stripped down version of these games, appealing to a similar fan base. Each level presents an increasingly higher level of accuracy, with different-shaped grids and challenges, designed to stump even the most avid of puzzler.

Each player is assigned five lives, which if lost are replaced every 20 minutes or can be refilled for 69p for the more impatient players. Lives are lost if the player fails to compete the level in the assigned number of moves or restarts the level from the beginning. The lives are a source of contention for many, as some of the grids are so difficult that the restricted amount of moves mean that the player can drain their lives quite quickly. 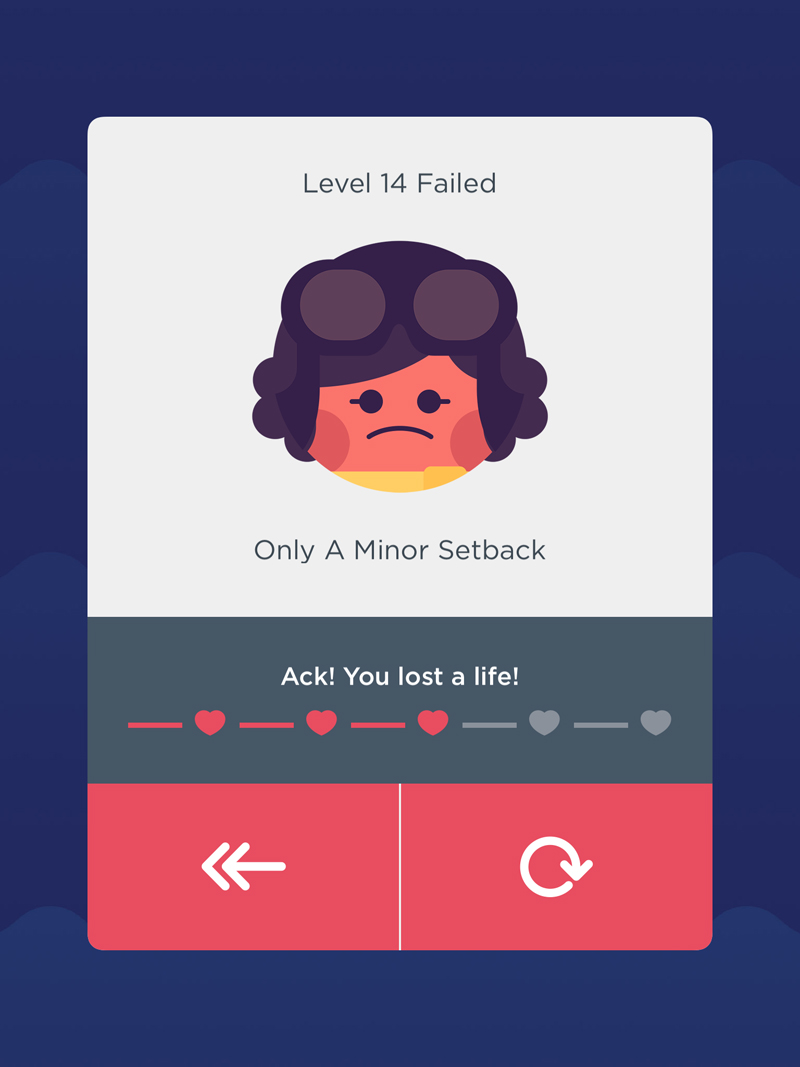 To add extra moves or lives, the player has to make extra in-app purchases, which could prove expensive for the most addicted of players. Perhaps more infuriating is the fact that the more difficult levels depend quite heavily on luck rather than on actual puzzling skill by the player, with how the dots initially fall heavily influencing the outcome of each level.

With more than 100 levels to conquer, Two Dots offers a player an engaging and addictive gameplay that will appeal to fans of the ’30 move’ mode of the original. The reminders for extra in-app purchases can get frustrating, especially as they appear at the most tempting of moments, but the gradual regeneration of lives means that patient fans can enjoy the free app without parting with any extra cash.

Dots: The original idea behind its successor, Dots uses simple, colourful dots to provide the basis for its game. Players are required to beat their own high score by collecting as many points as possible in two modes of games play.

Jelly Splash: Connect lines of brightly coloured jelly characters to clear them from the board and progress through 200 levels of puzzles.

LYNE: A minimalistic puzzle game that offers the player a challenge without the added level of frustration that most puzzle games provide. The aim is to connect all shapes on the grid with one path. Each level is not limited by lives and the player can undo the path at any time, making the gameplay experience a lot calmer than that provided by many other puzzle games available from the app store.