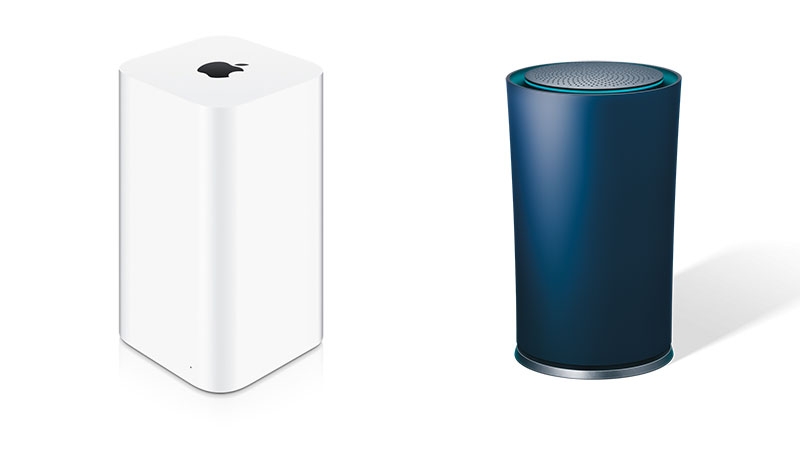 If you haven’t got an Apple AirPort Extreme or Time Capsule, and are looking to improve your Wi-Fi network, we recommend you get one of Apple’s base stations. Both are superb devices that offer a range of features and better performance than most routers on the market. It’s easy to use an AirPort Extreme or Time Capsule to set up a network. The only real differentiation between the devices is whether you also want to create wireless backups. The AirPort Express could be purchased as an additional device at a later point if you decide to expand the network, although it is good for creating a small network on the fly (you could pop one in your suitcase when you head off on holiday, for example) and offers an AirPlay audio feature missing from other devices here – it may well get an update soon. But don’t assume that Apple WiFi routers are your only option – there are plenty of alternatives on the market. One that’s worth a thought is Google’s new OnHub. It won’t give you the Mac-specific features you’d expect from an Apple router, and as ever with Google products there are privacy concerns to weigh up, but its feature set is otherwise impressive.

Which is the best WiFi router for my iPhone and Mac? Which Apple router should I buy: AirPort Express, AirPort Extreme or AirPort Time Capsule? Or should I get Google OnHub instead?

Buying a wireless router can be something of a nightmare. There’s a huge range of different models and brands, all claiming to make networking easier. It’s a fact that the single piece of technology that gives us the most trouble is home networking. So which is the best WiFi router to buy?

Which Apple router should you buy – which router is best for your requirements? The choice isn’t as straightforward as you might think, because each AirPort base station offers a different set of features, strengths and weaknesses (and is priced accordingly). In this review, we look at what the three AirPort WiFi routers have to offer and the differences between them, and offer advice as to which Apple router is right for you. 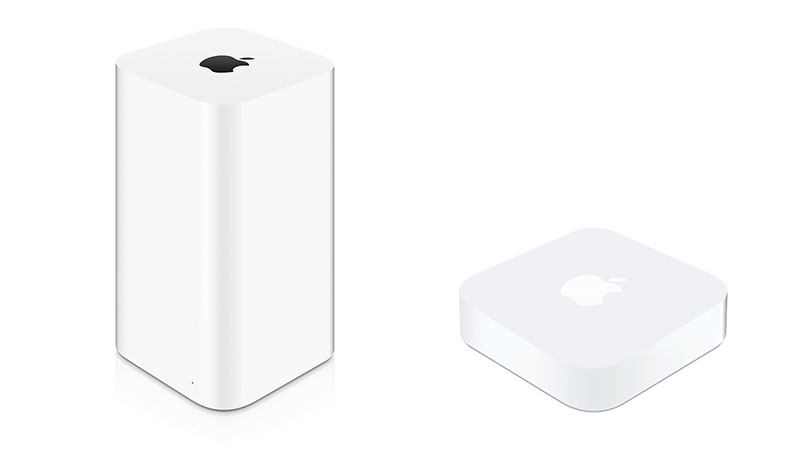 All three Apple AirPort devices are, at heart, WiFi routers designed to add wireless capabilities to your local network. What’s important to note right up is that they are pure routers, rather than combined router-modems. The difference is that the modem connects to the internet while a router allows multiple devices to connect to each other (and to the internet via an attached modem).

So the idea is that you connect the AirPort device to your modem. The AirPort router then augments or replaces the wireless network being provided by your computer. An Apple AirPort device is not a replacement for the modem that your ISP provided: it sits alongside it.

Best Apple WiFi router for iPhone, Mac buying guide: What do you get with an AirPort Time Capsule or AirPort base station?

The Apple AirPort router you decide to buy will almost certainly be better than any modem or router that has been supplied by your ISP (Internet Service Provider). All three models that we look at here are first-class routers packing the latest wireless technology, and are designed in such a way as to look stylish in the home while outperforming rival devices.

As well as being well designed, Apple’s base stations offer a selection of features you don’t get on your average wireless router or modem: 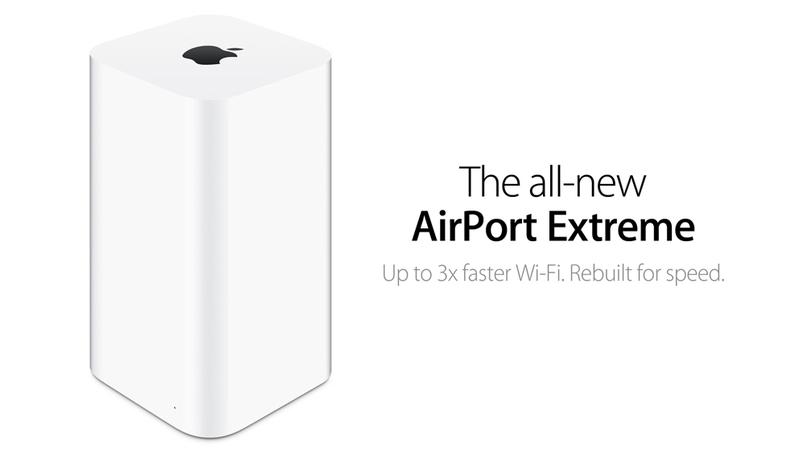 Apple’s AirPort Extreme is the most obvious entry point. Costing £169, the AirPort Extreme has a striking, vertical design – a little like an elongated Apple TV. It’s an attractive and neat design, with a small base, although it is rather tall (168mm). Bear that in mind when planning where you’ll put it. The stylish design hides its utilitarian purpose and it won’t look out of place wherever you put it in the house.

It also sports an internal power supply, so there is no need for a clunky external power unit. Inside are six different antennae, offering dual-band wireless networks with support for all bands. 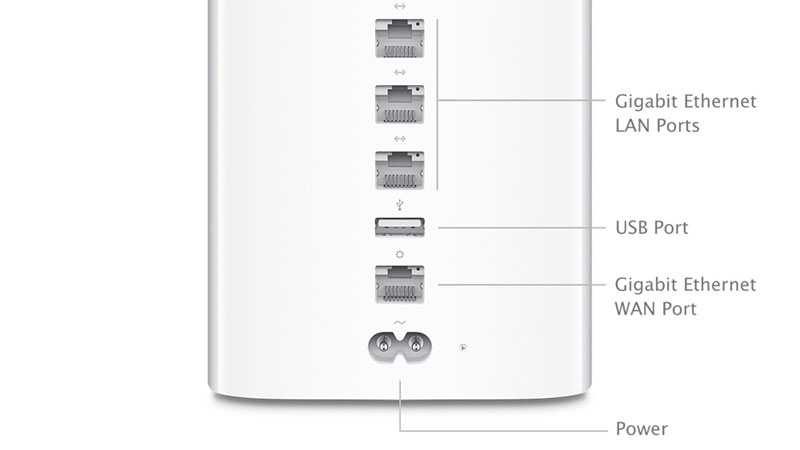 In the rear you get a single USB 2.0 port (for either an external drive or printer), three Gigabit Ethernet LAN ports and one WAN ethernet connection (this is usually the one you connect to your modem).

We found it very easy to set up. AirPort Utility takes you through the process. 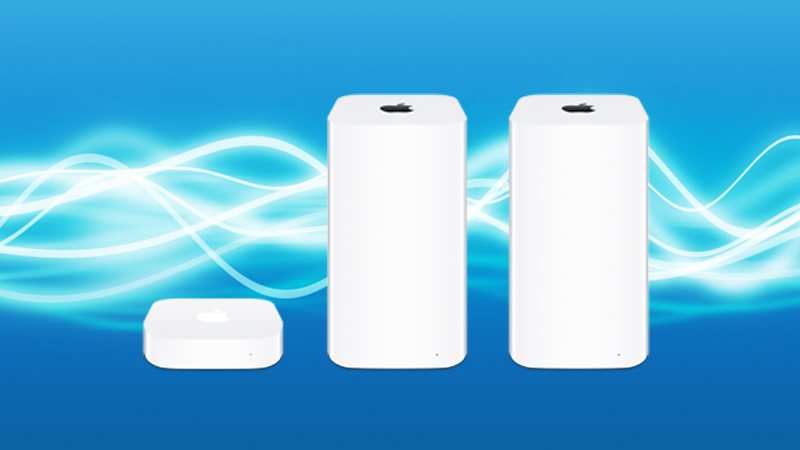 The AirPort Extreme’s performance on both 802.11n and 802.11ac wireless bands is extremely good.

It recorded one of the fastest peak 802.11ac speeds we’ve seen, breaking all records at 706 Mbps (megabits per second), before settling down for a still-impressive average of 578 Mbps at short range, and 540Mbps at the longer 10m distance. We recorded reasonable transfer speeds on 802.11n, too, with an average 105Mbps at long range.

Read next: How to fix WiFi connection problems on Mac 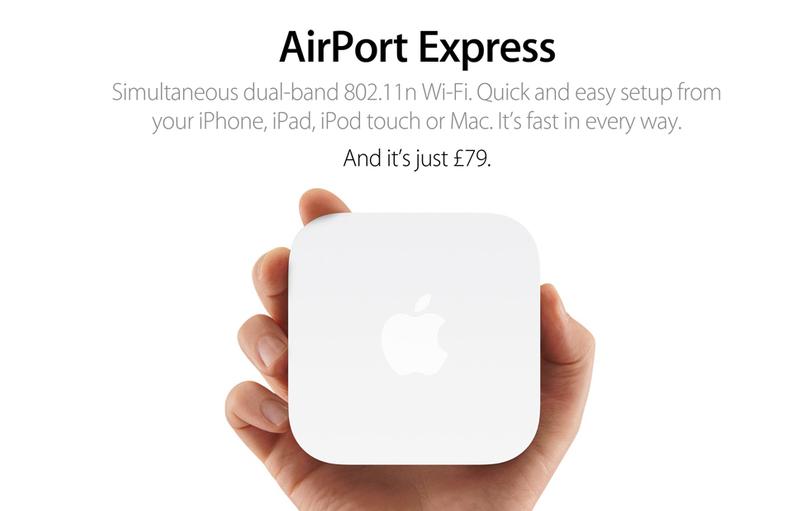 It’s a small device, with the same footprint as an Apple TV, and it creates a Wi-Fi network. The unit features the 802.11n dual band antenna. AirPort Express still lacks the newer 802.11ac network as it hasn’t been updated by Apple for some years now. 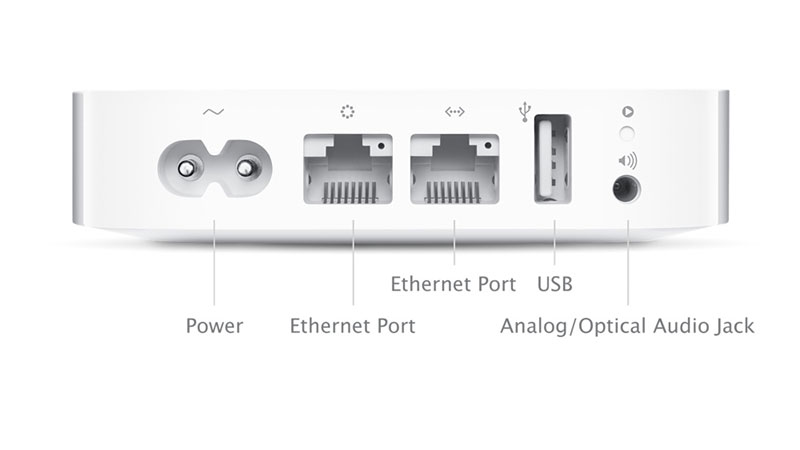 It only has two Ethernet connections on the rear (and they are 100base-T rather than the new Gigabit Ethernet) and while it features AirPrint, so you can attach a printer it lacks AirDisk. So you can’t use the AirPort Express for wireless backups. 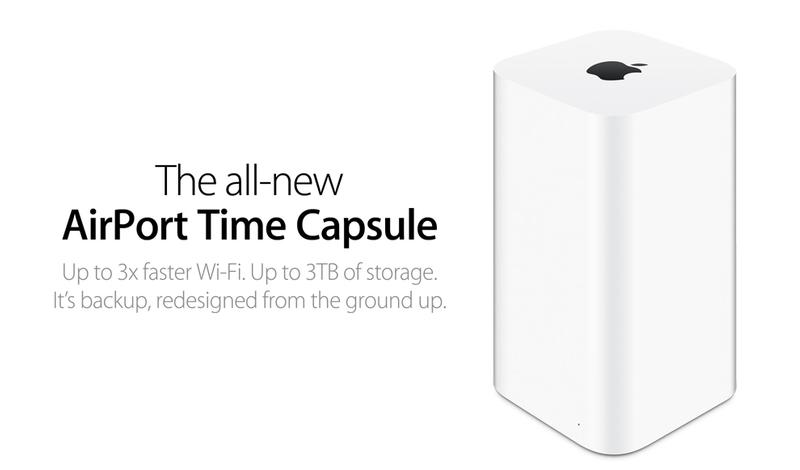 Apple’s Time Capsule is essentially an AirPort Extreme wireless router with a built-in hard drive. It offers the same functionality of the AirPort Extreme, but, in addition, makes it easy to back up a Mac. Apple sells a 2TB (£249) and 3TB (£349) option.

It is expensive, but we find it’s a great system for keeping multiple Macs backed up. Especially multiple MacBooks, which is what most of us are using these days.

If you’re thinking of buying a AirPort Extreme for £169, it may be worth considering paying the extra £80 to add the 2TB of storage and extra functionality of the Time Machine. 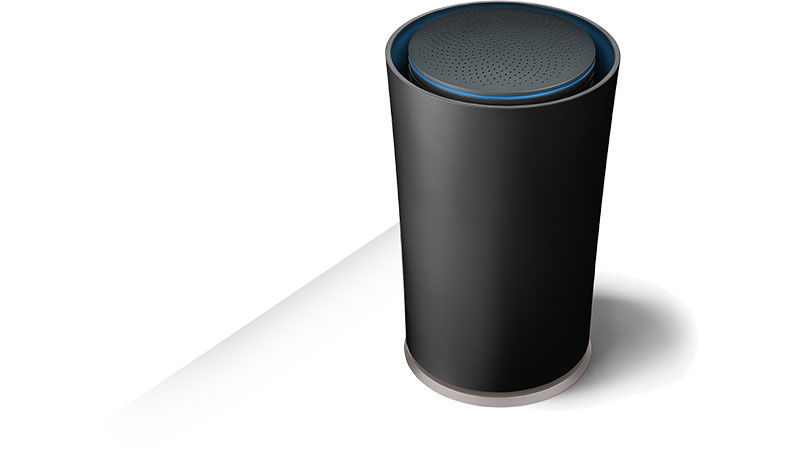 Here’s a leftfield option to finish: the OnHub router from Google. Yep, you don’t necessarily have to buy a router from Apple.

Google is promising a new approach to WiFi with OnHub. Rather than just buying a single router, the idea is that you place multiple hubs around your house. These mesh together to get rid of any dead zones you might have.

So far this sounds like Apple’s AirPort and Express devices. What seperates Googe OnHub is the built-in smarts. It has some great specs for a router, including a dual-core 1.4GHz processor, 1GB of RAM and 4GB of storage. It actually matches some smartphones (and older computers) for specs.

It’s using this power to scan for networks every five minutes. Most networking problems are caused by multiple WiFi networks working against each other. This is especially problematic if you live in a crowded area, such as an apartment block with multiple routers nearby.

According to Google, “High traffic on a single channel can slow down Wi-Fi speed, so OnHub regularly scans the environment and switches to a different channel if it detects interference from other devices. You’ll spend less time waiting and more time streaming, sharing, and downloading.”

Intriguingly, you can also prioritise a device, such as your iPhone. “The Google On app allows you to prioritise a specific device on your network to ensure it gets the fastest possible Wi-Fi speed. OnHub allocates more bandwidth to your priority device so you can upload a file faster or get smooth streaming when watching your favorite show.”

It also contains Weave, a technology being created by Google to make Internet of Things devices (like NEST) easier to manage.

Google has two OnHub routers on its website, one by Asus and another by TP-LINK. The Asus model has a feature where you wave your hand over the top and it boosts the speed to your dedicated device. Handy if you’re performing a download. 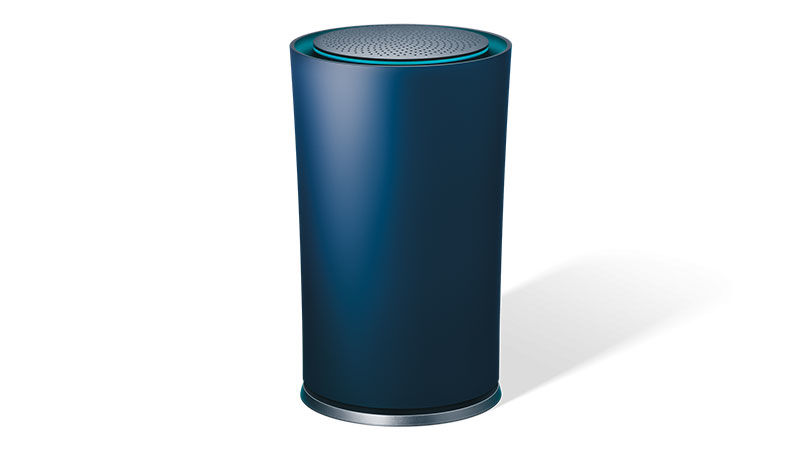 Of course, with a Google router you face the prospect of Google knowing everything about your web search habits. No matter which browser you use. Your own comfort level with that may vary, many people we know long ago gave up on any notion of privacy from Google.

Neither router is available at the moment, but for our money both offer a substantial feature set and are more attractive to us than Apple’s own Time Capsule and AirPort range (which hasn’t been updated in a long time). Although these do offer Mac-specific features that may swing your vote.