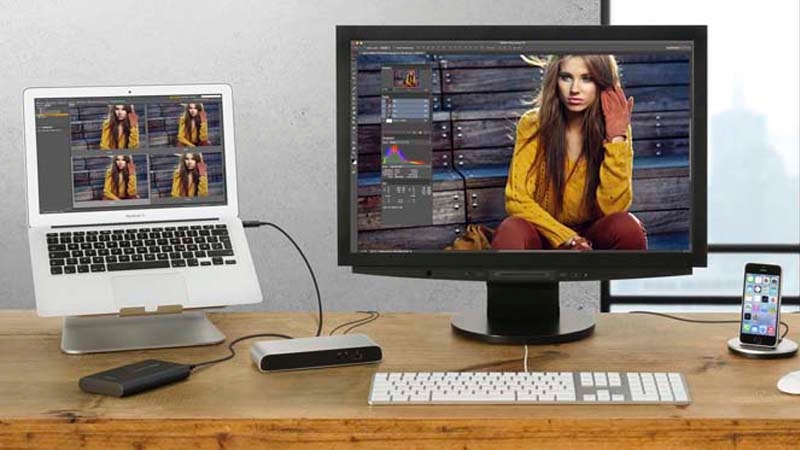 We’ve tried all four of the Thunderbolt docks currently available on the market, and found that Elgato’s just nudges ahead in build quality and style. And while it seems to be based on exactly the same reference design used by CalDigit and StarTech, with the same limitations in areas such as USB 3.0 and digital audio, the addition of the USB-charging kext does now allow the dock to charge your iPad.

Elgato’s dock is not the first Thunderbolt expansion dock to appear, yet thanks to some added attention to detail it might well now be the best.

One cable from your MacBook to provide all your connection needs. That’s one of several very good reasons to invest in a Thunderbolt dock such as the plainly named Elgato Thunderbolt Dock. By wiring one Thunderbolt cable from Mac to dock unit, you here gain three more USB 3.0 ports, gigabit ethernet, an HDMI video port, along with analogue audio in and out on two 3.5 mm minijacks. 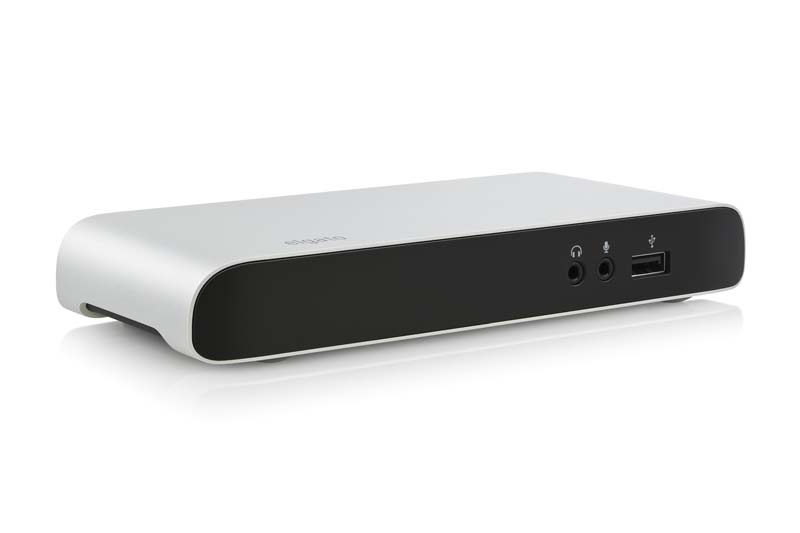 If the port roster sound familiar, or even the approximate shape and size of Elgato’s unit, it’s because it’s the same as we’ve seen before with both the CalDigit Thunderbolt Station and the StarTech Thunderbolt Laptop Docking Station.

All three of these units share a common internal design, and even have the same version of firmware loaded inside. Yet Elgato’s design is arguably the most visually stylish and with the tidiest build quality.

It follows the clean, satin-aluminium style of the Belkin Thunderbolt Express, with gently curving ends, and seems altogether smaller and daintier than the more angular CalDigit version, for example. In fact it’s a few millimetres larger in each direction, measuring 177 x 81 mm, and 28 mm high when laid on the desktop. And unlike the StarTech version, there’s no kit included to allow it to stand upright. 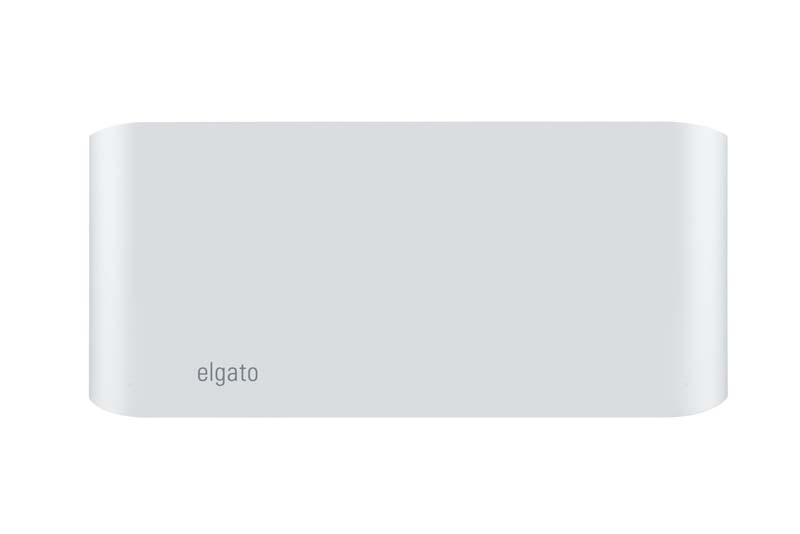 We tested the speed of the USB 3.0 ports, found to be a little slow on the comparable CalDigit and StarTech docks – and found exactly the same issue.

It’s not a major problem and may not be noticed by some users, but we found that our UASP-mode Micro SSD drive when attached through the Elgato dock could only provide around 70-80 percent of the speed available when it was directly attached to a USB 3.0 port on our MacBook Pro (15-inch, Mid 2012).

So while top sequential speeds from the attached SSD were around 443 and 432 MB/s, for reads and writes respectively, connecting the same drive to a USB 3.0 port on the Elgato dock returned speeds of only 352 reading and 300 MB/s writing. 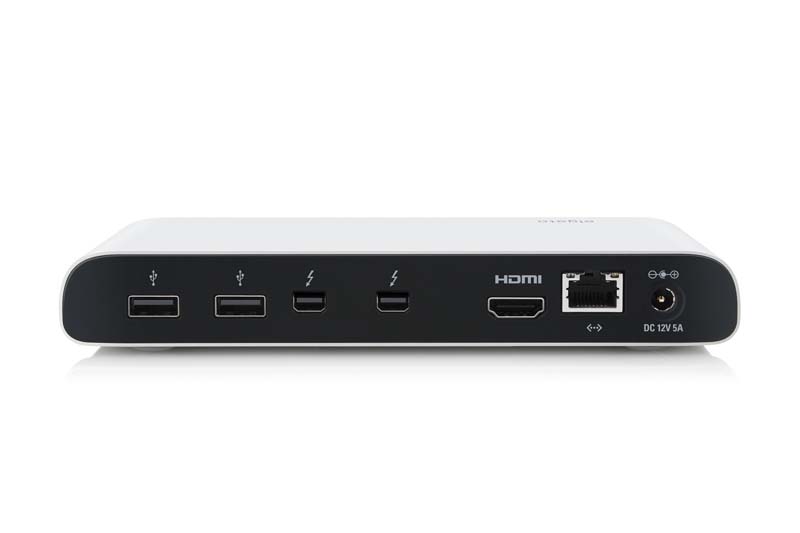 Audio performance from the Elgato Thunderbolt Dock was slightly better than we experienced with the CalDigit model, which had conspicuous hum and buzz issues. However the core audio sub-system is the same, and a wasted opportunity to improve on that already available included with any modern Mac.

As it is, even a MacBook Air can cope with high-resolution 24/96 audio, while the Elgato dock is limited to just 16/48 digital audio.

One area where Elgato has improved on the original package is with a small software tweak. Most USB hubs will not charge Apple iPads, including this Thunderbolt dock by default. But by installing Elgato’s custom kernel extension it will provide the correct response from the Mac to allow current to flow through the dock’s port to the iPad.

It was rather slow to charge though in our test. We plugged in our iPad Air with 5 percent battery remaining. After 7.5 hours it had still not quite completed a full charge, reaching 94 percent.

The Elgato software also installs a menu bar icon, which when clicked allows you to handily eject all attached drives at once.

The HDMI port worked well, allowing us to connect a 27-inch 2560 x 1440-pixel monitor and so leave the second Thunderbolt port spare for connecting other Thunderbolt peripherals.