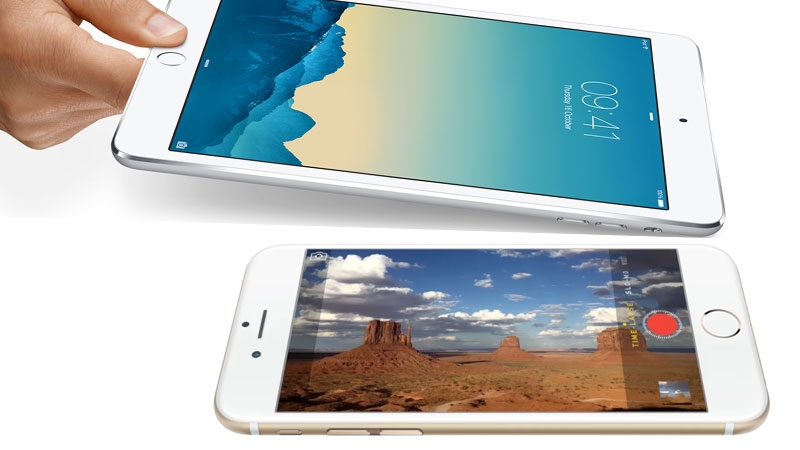 Since the launch of the iPhone 6s model, Apple’s smartphones have been available with screens as large as 5.5 inches – which is starting to approach the realms of the smallest iPads (the iPad mini 2 and iPad mini 4 both have 7.9-inch displays). With a serious price gap between the two, it’s not such an easy choice to make. Here we look at whether you should get an iPhone 6s Plus or an iPad mini 4, as well as more general advice about the best times to buy a big iPhone, and when to get a small iPad.

When the iPad was first released, lots of people dismissed it as a giant iPhone. While this isn’t really fair, the iPad and iPhone are more similar than they are different. Both devices run iOS, Apple’s mobile operating system, both use multi-touch displays as their main input and they come with front and rear-facing cameras.

Crucially, the iPad can also sport a 4G SIM card for mobile data. So isn’t the iPad just a giant iPhone? On the flipside, the iPhone’s screen has got bigger in recent generations, and the 5.5-inch iPhone is pretty close to tablet territory.

And do you really need both devices? You probably only need one or the other, but which one? Can you just get by with an iPad, or should you get an iPhone? That’s what we’re going to look at here.

iPhone Plus vs iPad mini: Your Apple range to choose from

From the big iPhone 6 and bigger iPhone 6 Plus (since superceded by the  iPhone 6s Plus and  iPhone 6s) to the iPad mini range, Apple has diversified its range of iOS devices a great deal in the past few years.

Now there are three screen sizes for the iPads (12.9 inches, 9.7 inches and 7.9 inches) and three for the iPhones (4 inches, 4.7 inches and 5.5 inches). There’s also more variety than ever before in chassis design, features, storage capacity, colour options and price.

When iPads get smaller, and iPhones get bigger, we reach a point where potential buyers of the two ranges started to overlap. At what point should an iPad mini customer start to consider a iPhone 6s Plus phablet instead? And should those considering an iPhone 6s Plus go instead for a cheaper and larger iPad mini?

In this article we compare the pros and cons of the larger iPhone 6s-series handsets against the iPad mini range (principally the iPad mini 4, but also bearing in mind the still available and still appealing iPad mini 2). We’ll help you decide which mid-size iOS device is right for your needs. 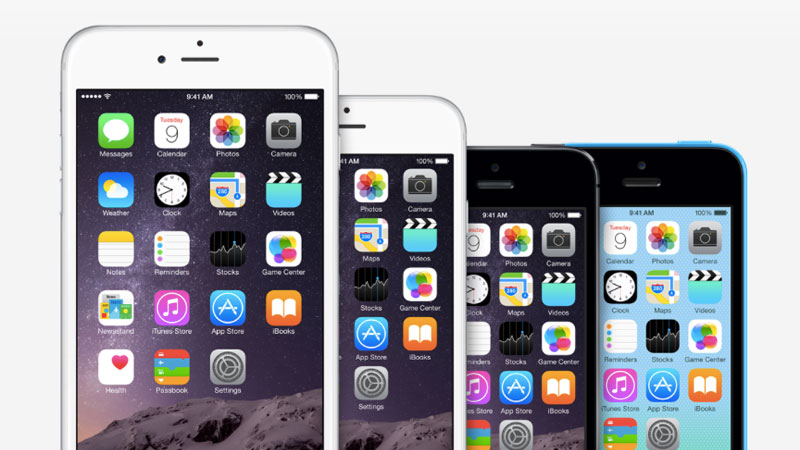 The iPhone 6s comes in two versions: a regular iPhone 6s with a 4.7-inch screen, and the ultra-large iPhone 6s Plus, which has a huge 5.5-inch screen. Meanwhile Apple has introduced a new iPad mini 4 model, with Touch ID and (same as the previous iPad mini models) a 7.9-inch display.

The iPhone 6s and iPad mini 4 are closer in style, design and functionality than anybody likes to admit. The new iPhone 6s Plus leans heavily into tablet territory, and the iPad mini 4 with WiFi + Cellular packs largely identical technology to the iPhone. They even look similar.

But the iPhone 6s costs a lot more than the iPad mini 4. It seems like you pay less cash for a lot more screen. How does that work? Before you rush out and buy an iPhone 6s Plus you should at least consider getting an iPad mini 4 instead.

iPhone 6s Plus vs iPad mini 4: Price and availability

Price is a noticeable issue here. There’s a big difference in price between the iPad mini 4 and its closest iPhone (in terms of price). The iPhone 6s starts at £539 for the 4.7-inch screen, and £619 for the lowest-spec 5.5-inch iPhone 6 Plus. The iPad mini 4 has a bigger display, at 7.9 inches, but starts at just £319 (£419 if you want to get a model with WiFi and Cellular). So in terms of price versus screen estate, you pay more for less.

Bear in mind that the iPad mini 2 is still available, and offers very similar specs and features to the iPad mini 4 for £100 less – it only lacks Touch ID, some of the higher storage capacity options, and the choice of a gold colour finish.

For full comparison, here are the prices of the iPhone 6-series handsets and all three iPad mini devices. 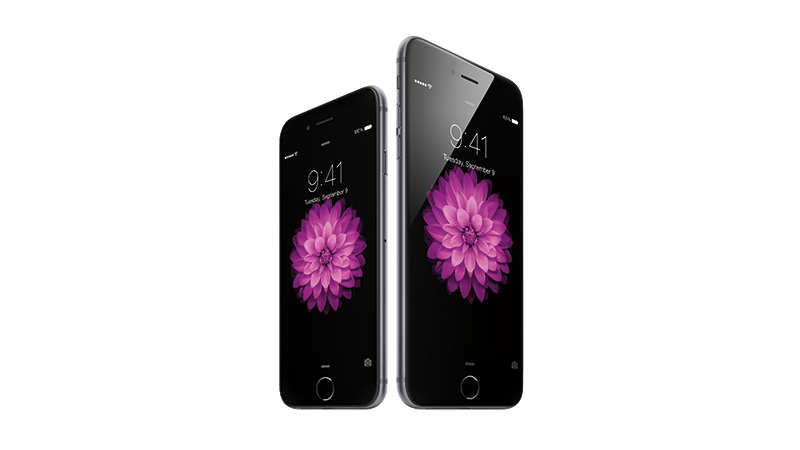 The iPad mini 4 comes with a larger 7.9-inch Retina Display with 2048 x 1536 resolution at 326 pixels per inch (ppi). The iPad mini 4 also features Apple’s Touch ID Home Button sensor which enables fingerprint unlocking. While you can purchase apps using Apple Pay, you cannot use it to pay for items in store.

One crucial difference between the iPad mini 4 and iPhone 6s is that the iPad mini 4 features Apple’s older A8 CPU. While the A8 is certainly no slouch, it’s a shame that Apple’s new iPad mini 4 was left out of the A9 upgrade. The iPad mini 2, which has a slightly slower A7 processor, doesn’t feature the Touch ID sensor.

Perhaps the biggest difference is in in the interface. The iPhone 6s features Apple’s new 3D Touch screen. This responds to firmer finger presses with different options. The iPhone 6s also supports Live Photos, speaking of which… 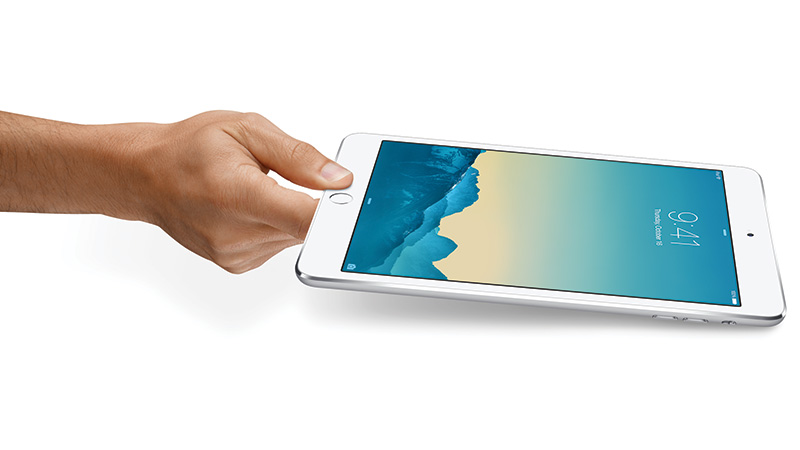 The iPhone 6s features an 12-megapixel iSight camera and a 1.2-megapixel FaceTime HD camera (recording your face at 1280 x 960). The iPhone 6s Plus also has this but features optical image stabilisation (which moves the image sensor for smoother video recording). The iPhone 6s handsets have a dual-LED flash too, which is great for taking photographs indoors and outdoors in low light conditions.

The iPhone 6s Plus is an incredible tool for video recording and editing. In particular the iPhone 6s can record video at 60fps and record 4K video.

iPhone 6s Plus vs iPad mini 4: Apps and usage

It’s worth remembering that the iPhone 6s runs iPhone apps, and the iPad mini 4 runs iPad apps. While most apps are cross-platform, there are notable exceptions. Microsoft’s new Office apps, for example, are more powerful on the iPad than on the iPhone.

For all that, though, the iPhone 6s-series handsets – even the iPhone 6 Plus – are phones that you can put in a pocket (admittedly a big pocket for the iPhone 6s Plus). The iPad mini 4 is a tablet and you’ll need to carry it around in a bag.

The other thing about the iPhone is that it can make and receive phone calls and SMS texts. The iPad mini 4’s data connection does not enable it to make phone calls, or send SMS texts (although it can make FaceTime Audio calls and send iMessage texts, so you can communicate with other iOS-devices).

Thanks to Apple’s  Continuity features the iPad mini 4 can sync up SMS texts and answer phone calls, but only when it is in the same location as your iPhone.

Weighed against all this is the matter of price. The iPhone 6s Plus starts at £639, while the iPad mini 4 with Wi-Fi and Cellular starts at £419: a hefty saving of £220. That’s enough to buy a pretty good smartphone, or a regular phone for sending texts. You could even pick up an iPhone 5s for £379 and an iPad mini 4 (Wi-Fi only) for another £319 – roughly the same altogether as a single iPhone 6 Plus unit. While you won’t have the latest Apple A9 CPU in either device, it’s probably the smarter choice.

If you decide that an iPhone isn’t for you, you may want more detailed buying advice about the entire iPad range – full-sized iPads and iPad minis alike. If that’s what you’re after, take a look at this video, which is accompanied by (and appeared in) our iPad buying guide article.