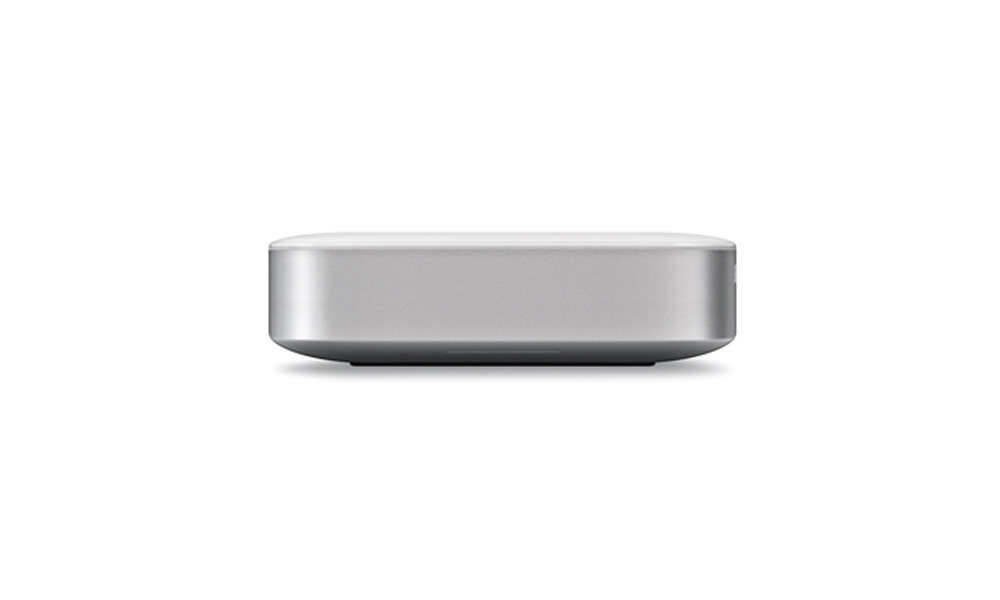 Portable Thunderbolt flash drives are still failing to live up to performance expectations, and the Buffalo is no exception. Its looks and tactility will recommend it to anyone taken by its neat form, but at £295 – or 115 pence per gigabyte – faster and cheaper USB 3.0-only portable drives offer better value.

Buffalo Technology’s MiniStation Thunderbolt joins a short list of portable flash drives that accommodate both Thunderbolt and USB 3.0 connections. That adds welcome versatility, enabling connection to Windows PCs with their ‘5 Gb/s’ USB 3.0 ports, while Mac users can take advantage of the fastest desktop data bus in the business from ’10 Gb/s’ Thunderbolt.

And like those portable drives made by Elgato, LaCie and Transcend that we’ve reviewed before, Buffalo’s MiniStation Thunderbolt suffers from the same bizarre flaw that turns expectations on their head.

As an object of design the MiniStation Thunderbolt deserves recognition for being so deliciously hand-friendly. Where other portable drives can be too lightweight or plasticky or jarringly angular in the hand, Buffalo has got this one right with its wonderfully sculpted soap-bar form.

It weighs a little under 250 g and is sized to accommodate an internal 2.5-inch SATA SSD. The result is not tiny at 130 x 81 mm, and 24 mm thick, but somehow its soft rounded bottom stamped from thin aluminium sheet, and frosted white plastic top, combine to make it rather preternaturally tactile.

Inside our sample was a 256 GB Crucial M4 SSD, the largest capacity offered by Buffalo; a 128 GB version is also available.

The MiniStation Thunderbolt has a clean, minimalist look in its aluminium and white jacket, unspoiled by any company logos or legends on its case. There is a subtle white LED glow from the front underside when the drive is in use, and on the back are unadorned ports for Thunderbolt and USB 3.0.

Two white data cables are included but there is no carry case to help keep this white drive white.

Tested first over USB 3.0, the Buffalo averaged sequential reads at 401 MB/s and provided write speeds far behind at just 258 MB/s. While these speeds far exceed laptop disk drives they’re also among the slowest we’ve measured for this capacity of portable flash drive.

However the Crucial M4 inside the Buffalo is somewhat date, obsolete in fact – four years and several generations old, and in PC Advisor’s tests of the same 256 GB version it could reach 438 MB/s reads and 281 MB/s writes on a direct SATA bus.

Freecom’s mSSD drive had slower write speeds (148 MB/s) but since the company loaned us the smallest example with 128 GB SSD, that backward performance is explained in part by the reduced capacity, since smaller SSDs do not benefit from data acceleration through increased parallelism.

Turning to small-file transfer speeds from the Buffalo, data up to 1024 kB averaged 155 MB/s for random reads but just 66 MB/s random writes.

Connected via Thunderbolt, the Buffalo drive’s speed dropped to just 391 MB/s sequential reads and the same 258 MB/s sequential writes as USB 3.0. The small-file test reported random reads down at 146 MB/s, and again 66 MB/s for random writes.

The real flaw that still underlies Thunderbolt portable drives is underspecified supporting electronics, since power consumption available through the Thunderbolt bus is limited to less than that required with today’s electronic components.

This results in transfer speeds of portable Thunderbolt devices that lag behind the nominally slower USB 3.0 protocol.

Our lab results suggest that Buffalo is taking the same shortcut as other brands, providing a single PCIe data lane for Thunderbolt, which inevitably throttles the speed of the SSD inside. But since here the internal SSD is already slow by today’s standards, this is less an issue with this portable drive.