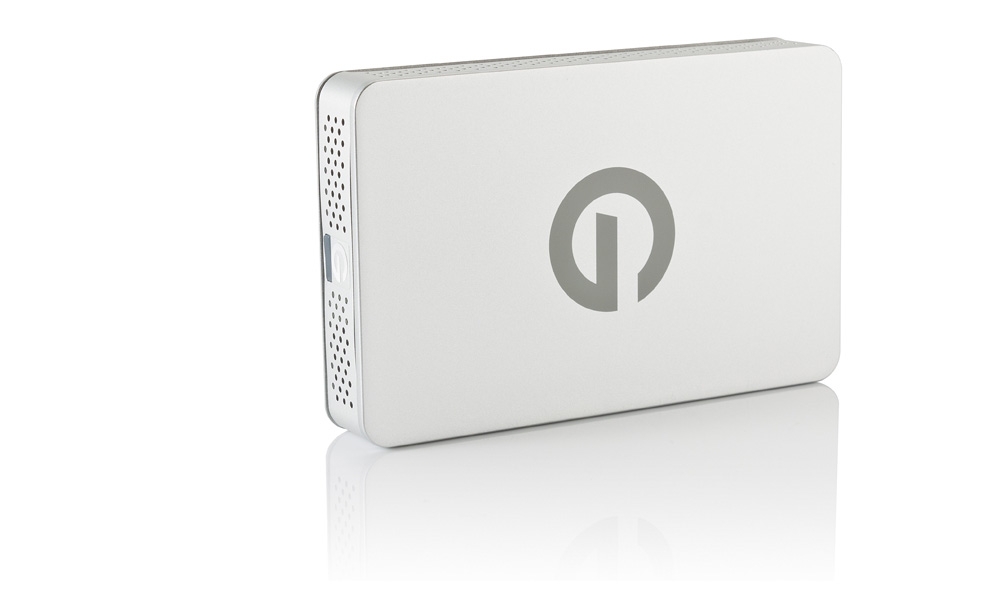 G-Technology’s G-DRIVE ev 220 can be a useful addition to the Evolution Series G-DOCK, packing 2000 GB of disk storage into a fast data cartridge that can also be used as a mobile drive. Unfortunately unlike rivals such as the Seagate Fast Backup, also based on two 1 TB laptop disks in a pocket drive, it demands either an extra mains power supply or a second USB port to power it up. Performance can be very good for disk technology although we saw inconstent results in OS X, and its poor small-file performance means it’s best suited for bulk storage of large files. It’s expensive at around 25 pence per gigabyte, but that’s still half the price of most solid-state rivals.

G-Technology has a neat solution for professionals needing fast and versatile storage on the desktop. The Evolution Series is actually a combined desktop and mobile storage system, based on removable hard drives that can be used within or outside of the main G-DOCK ev chassis.

We reviewed the complete system with two drives earlier. Its storage drives were 1 TB disks, mounted in the G-DOCK ev with its own Thunderbolt connection. These in turn can be accessed as separate disks or optionally RAIDed together.

When inserted in the dock, the G-DRIVE units use a direct SATA connection, with the disks’ native SATA bus accessible through a slot on the back panel. When removed from their dock, you can instead use a USB 3.0 port on each, which provides enough data bandwidth not to compromise the speed of the 2.5-inch 7200 rpm disk inside.

Now G-Technology has introduced a 2 TB version of the slot-in drive, known as the G-DRIVE ev 220. The number 220 is a reference to the nominal speed of this drive – around 220 MB/s. If that sounds too fast for a single laptop hard disk, it’s because it is – this portable drive is actually made from two 1 TB 2.5-inch hard disks inside, with a hardware RAID chip to meld them into a single 2000 GB volume.

Rather than 7200 rpm spindle speed, these run at 5400 rpm, which helps reduce overall power consumption, noise, heat and vibration.

Nevertheless if you want to use the G-DRIVE ev 200 outside of the G-DOCK you will need to use some additional power, such as the mains-plug PSU provided in the box. The power supply is essentially a 10 W USB power supply, complete with USB Type B port. Or you can plug the extra USB power cable into a second USB port on your laptop. It’s a bit of a kludge but it does work, at the expense of using all the available USB ports on any model of Apple MacBook.

The G-DRIVE ev 220 is slightly taller than than the original disk cartridges for the G-DOCK, although G-Technology always had this larger form factor in mind. It made the front slots of the G-DOCK ev larger enough to accommodate their larger 23 mm-thick shape.

Encased in pressed sheets of aluminium, the G-DRIVE is smart and sturdy looking, although there is no visible way to get inside the unit. That will present a problem if just one disk should fail, as the RAID arrangement suggests the entire unit would have to be replaced or written off. G-Technology does offer a three-year warranty on the drive; if a disk should fail after that the whole drive may have to go to landfill or recycling.

The choice of a fixed two-disk RAID 0 configuration may provide best sequential speed and largest overall capacity but you’d be advised to regularly backup the data inside, given the potentially destructive nature of this RAID arrangement. There’s no means to adjust the internal RAID either, which is based on a hardware chip to stripe the disks together.

Sequential write speeds were wildly inconsistent though, ranging between 80 and 300 MB/s. But for data 50-100 MB/s a more steady plateau became evident of around 150 MB/s.

The smallest 4 kB files trickled through at their usual painfully slow speed we find with disk-based storage tech, the fastest result coming from Windows 7 with 0.46 MB/s random reads and 0.30 MB/s random writes.

In use the G-DRIVE remained relatively quiet and cool considering there were two hard disks crammed inside.