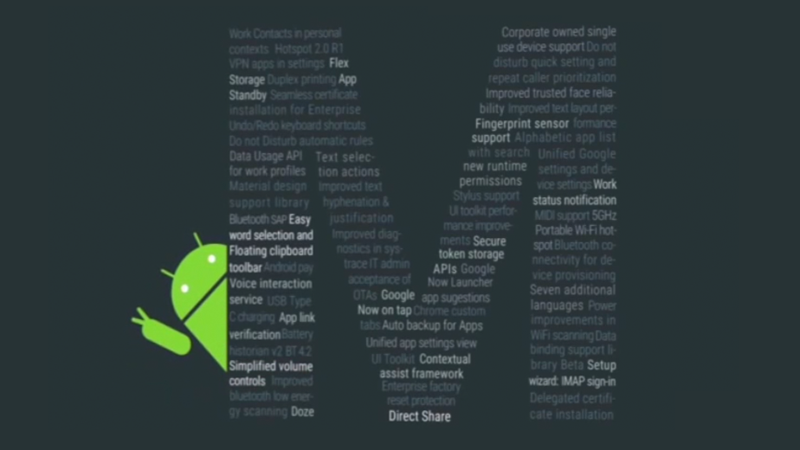 At Macworld UK we are an iPhone shop, and we make no apologies for preferring Apple’s software to that of Google. Android M certainly looks intriguing, and we applaud most of the features mentioned. But right now it is very much an unknown: not just in the ways that iOS 9 is, after all, both are betas. The major problem we have with Android M is that no-one knows when they will get it, or even if they will. And when you consider that a major feature such as Android Pay could be years away from the UK there is nothing about Android M that makes us less happy about being iOS users.

All the dedicated iPhone– and iPad users here at Macworld UK are super excited about the advent of a new iOS. Every time Apple updates its operating system for iPhone and iPads it feels like a free upgrade. And iOS 9 looks like a doozy. What’s more, it is available to all iOS 8 users. And we pretty much know when it will arrive. Good times. (See also: iOS 8 vs iOS 9 comparison and  iOS 9 vs iOS 10.)

There is another major player in this space, of course. And Android has many strengths. What’s more Android M is coming down the pike at roughly the same time as iOS 9. The trouble is we can’t say for definite when it will arrive. Or on what devices you can run it. Oh.

Still, let’s compare Android M with what we know of iOS 9, so you can decide whether you should stick with your iPhone or take a peek over the fence at the Android world. Don’t be afraid to let us know in the comments below of anything you think we missed, or anything we wrote with which you disagree. Enjoy our iOS 9 vs Android M comparison. (And also see our How to use Apple Music in the UK piece.)

We’ve also made a video of the 6 most significant new features in iOS 9 – take a look:

All we know about iOS 9’s release is that it will launch in ‘Fall 2015’. (Thanks Apple.) Apple hasn’t been specific about the date because it never is, but principally because it doesn’t want to give away when it will launch the next iPhone and iPad. But expect iOS 9 – and iPhones – in September 2015. The iPads will likely follow in October.

There is immediate good news for iOS 9 fans, because even if you aren’t a developer, you can get hold of beta code. Apple is running a public beta which you can try out in a few months. Sign up now at beta.apple.com. (Developers can download the first beta of iOS 9 immediately, of course.)

We know less about Android M, but as always with Google Android updates that is at least in part because the process itself will be confusing. Google at I/O 2015 unveiled the Android M Developer Preview, so we at least know it exists. But that is about all.

The final version of Android M will probably launch with a new Nexus phone, probably in October or November this year. But unlike iOS we won’t then see a rapid roll out to all compatible devices: Android M will first roll out to other Nexus devices, and within a few months to flagship phones and tablets made by third-party OEMs such as Samsung, LG and Sony. And there is no public beta.

If you are an Android user reading this, we are not really able to answer the question: when will my phone get Android M? Sorry guys. Come over to the iPhone side of the house if you want regular and reliable upgrades.

Of course, if you want to get your hands on Android M now then you can download the Android M Developer Preview, but only if you have a Nexus 5, Nexus 6, Nexus 9 or Nexus Player.

Again, a question we can answer with great confidence in terms of iOS 9, but about which we have no confidence with regard to Android M. And not just because we are the Apple guys (but we are that, so read Can I update my iPhone to iOS 9? if you are thinking of updating).

Because Apple makes both software and hardware it rolls out its new software in a quick and efficient manner. Apple has told us that every iPhone and iPad that now runs iOS 8 will be able to upgrade to iOS 9, and it will be able to do so on the day it comes out. We even know how big the upgrade file will be (not as big as last time).

If you want to know about Android M’s compatibility you should write down the name of all Android phones, throw them up in the air and just assume the ones you catch will get Android M. Probably. Of course we jest.

Google will make the Android M code available to its OEM partners, but they are not forced to push the upgrade out to end users. It is a costly process for them to do, and it requires them to get operators to pass on the data. Imagine PC makers having to roll out a Windows upgrade to all laptops and desktop PCs and you can see the problem. Aside from anything else it is a costly process that actively dissuades customers from buying new phones. Turkeys don’t vote for Christmas.

So while Nexus devices are pretty much guaranteed an over the air (OTA) upgrade to Android M, those with phones made by other people have no such guarantee. If you have a 2014 or 2015 flagship Android you will probably get upgraded at some point. Probably.

It is fair to say that we are excited about iOS 9, here at Macworld UK towers. Key features of iOS 9 include a major Siri update and deep-links in search results (for more, see iOS 9 vs Android M | Apple Pay vs Android Pay | New features in iOS.)

Both iOS 9 and Android M share one major new feature: NFC-enabled contactless payments. But only Apple’s is going to be available in the UK when the new software launches. With Apple Pay you will be able to use your phone like a contactless credit or debit card. The same is going to be true of Android Pay, but there is as yet no word of when it will launch in the UK. It will be a while. (And you will need a handset that includes NFC, which is by no means a given.)

Apple Pay, however, will hit the UK in July with support from eight major banks and retailers such as Costa, Boots, Waitrose and the London Underground. Apple says that 70 percent of credit- and debit cards in the UK will be supported by Apple Pay at launch.  At WWDC 2015 it showed a graphic which name-checked all the major high street banks. In terms of retailers, the original list includes McDonalds, Lidl, M&S, Boots, Waitrose, Costa Coffee and more (see: How to use Apple Pay on the London Underground).

This is very much a score for Apple Pay, as there is no news as yet as to when Android Pay will make it to the UK. Find out more: Apple Pay UK launch date: Full list of participating banks and other details.

Apple says it has made Siri more proactive which, to be fair, is an important step to offset the challenge of Android and Google Now. The new features are intended to give iPhone users the same sort of functionality as Android owners already have, as well as those of the world’s 17 Windows Phone users with Cortana. We are excited that Apple is improving Siri, but also glad that it develops software and features incrementally. Siri works well right now, but in iOS 9 it will be able to work in a more semantic way.

A similar upgrade is Spotlight search, which will now display information such as imminent events from the Calendar app, locations nearby that might interest you, boarding passes for flights you’ll be boarding that day, and more. It’s all about making software features interact in a more meaningful way with your life.

Split-screen multitasking is part of iOS 9, too and there’s a picture-in-picture mode that lets you watch videos while you do other things. These features will be okay on an iPhone, and great on an iPad. Even better on the larger screen iPad we expect Apple to launch later in the year.

In iOS 9 Apple also offers a software-based battery-saving mode. Apple says this feature should give up to three hours of extra use, on top of the extra hour or so you’ll get simply from updating to iOS 9, which is more power efficient than iOS 8 according to Apple. Everyone likes more battery life, right?

According to Google Android M will have a similar function called ‘Doze mode’. Doze monitors when the device isn’t being used to put it into a deep sleep which uses less power and can double your battery life – according to Google. Again, the challenge for Google is that each Android phone and tablet has both different hardware and software modified by the manufacturer, so it is difficult to see how it can make such a claim. 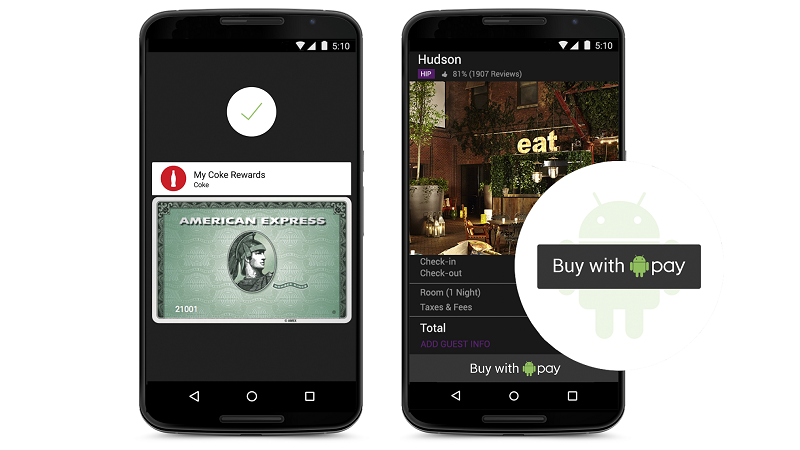 But as we said before Google Now is a great feature of Android and Google says that it will get even better in Android M. Now on Tap means you can long press the home button wherever you are you call up Google Now. Better still, you don’t need to navigate away from the app you’re using and it will already have a good idea of what help you need based on what you’ve been doing – eg. Directions to a location after chatting to a friend about meeting up.

The SystemUI Tuner in Android M lets you customise the Quick Settings to the ones you want to you the most and in the layout which suits you. Another small but handy change is the ability to uninstall apps straight from the home screen. You now get the choice between simply removing the shortcut/icon or actually uninstalling the app from the device entirely.

We’ve already got fingerprint scanners on numerous devices so it might not seem like a new feature but Android M natively supports them. This means you’ll be able to use them to authorise payments via Android Pay and confirm Play store purchases. Developers can also use the functionality within their apps.

Another annoying thing about Android is downloading app requires agreeing to all its permissions which might include things you don’t agree with, like access to your contacts when it’s an endless runner game. Well Android M is going to change that with the ability to pick and choose which permissions you’re happy with for each individual app. You’ll also be able to accept or deny a specific permission as and when an app requests it.

If you send links, photos or files to the same contacts then Android M will start adding them to the Share menu to speed up the process. It’s a bit like having favourite contacts when you open the Dialler app to call someone. Not only is Do Not Disturb (DND) part of Quick Settings in Android M, the volume control has been tweaked for the better. You can now easily control the volume of calls, notifications and alarms with three separate sliders – simple but effective. (See also: OS X 10.11 El Capitan vs Windows 10 comparison preview.)