The Apple Watch Series 2 wins in terms of customisation, features and good looks, and has caught up on the GPS front, but we do like the Sony Smartwatch 3. On value alone it is a good proposition, it is just a shame you can’t use it with an Apple iPhone.

Which is the best smartwatch: Apple Watch Series 2, or Sony SmartWatch 3?

We will make no bones about it: Macworld UK is a publication for Apple fans, and as Apple followers we love the Apple Watch. But it is important to get a feel of what the opposition has to offer, and in this case that means reviewing the Sony Smartwatch 3. Sony has long been a good challenger to Apple – a manufacturer of quality products as well as a big brand name. So here we test and compare the Sony Smartwatch 3 and the Apple Watch Series 2.

We’d love to know what you think about both products and our review. So do let us know in the comments below.

Let’s start with the tangible things: how much do they cost, and where can you buy them?

From the get-go the Sony Smartwatch 3 is cheaper, so if saving money is your thing, you need to avoid Apple. Same as it ever was: quality costs.

The regular model Sony SmartWatch 3 was initially listed at £199, but head over to PC World, Currys or Dixons and you can buy one now for just £99.99. The same deal is currently available at Amazon, too. And we have to say that it is a good-value deal (if you can use the Sony Smartwatch 3 with your phone).

You can find out more about buying the Apple Watch here: Apple Watch buying guide and price list

So that’s an open-and-shut case, right? When one of two broadly similar products cost less than a third what the other one will set you back you should buy the cheap one, yeah? Well, no. Not if you are an iPhone user.

The square Sony Smartwatch 3 may not be quite as stylish as some circular smartwatches, it does have a certain charm and it can give the Apple Watch a run for its stylistic money. (There is also a stainless steel version that makes the 1.6in square colour screen look much more stylish.) The only button is to the right, but you’ll rarely need it as the display lights up when you raise your arm or tap on the screen. It’s simple to pop out the display unit and swap straps, too. It’s easy to adjust the strap for size without cutting. But the Sony Smartwatch can’t compete with the Apple Watch in terms of physical customisation.

The Apple Watch Series 2 comes in two sizes, 38mm and 42mm, and in various materials, including aluminium (the cheapest), stainless steel and ceramic, and colours. Then there are numerous strap options, including Link Bracelet, Sport Band, Leather Loop, Classic Buckle, Modern Buckle and Milanese Loop. 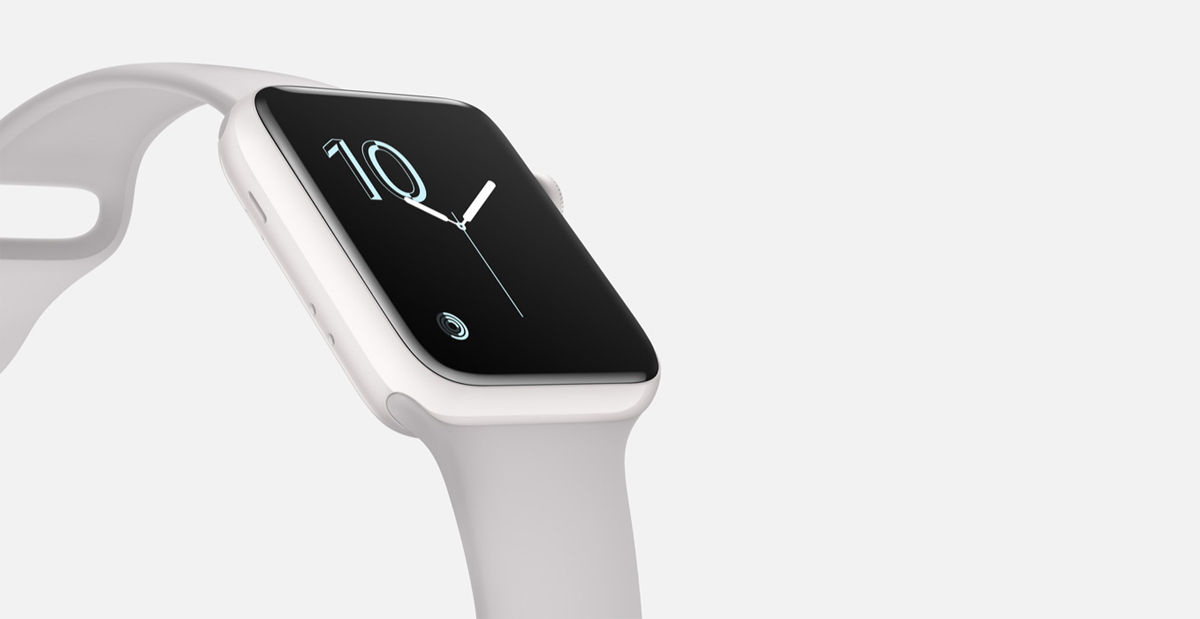 The Apple Watch Series 2 has a wide range of watch faces (or ‘complications’), and Apple claims to offer more than two million ways to tell the time through various customisation options. There’s everything from Astronomy and Solar to Modular, Timelapse, Utility, Motion, Photo and even Mickey Mouse.

And here’s another lovely design touch: the SmartWatch 3 has an always-on clock face, but presumably to save battery this doesn’t have a second hand, just minute and hour. However, when you rotate your wrist the face lights up and the second hand sort of animates into existence (it grows outwards from the centre). It looks really nice. An almost Apple-like piece of detailed design.

Unfortunately the response to wrist rotation seems more sluggish on the SmartWatch 3 than it does on the Apple Watch. Not hugely so, but details really matter with personal tech.

The SmartWatch 3 can certainly challenge the Apple Watch in terms of design and build, although we give the edge to Apple for overall look, and the myriad customisation options. See also: Apple Watch vs Motorola Moto 360 comparison review. 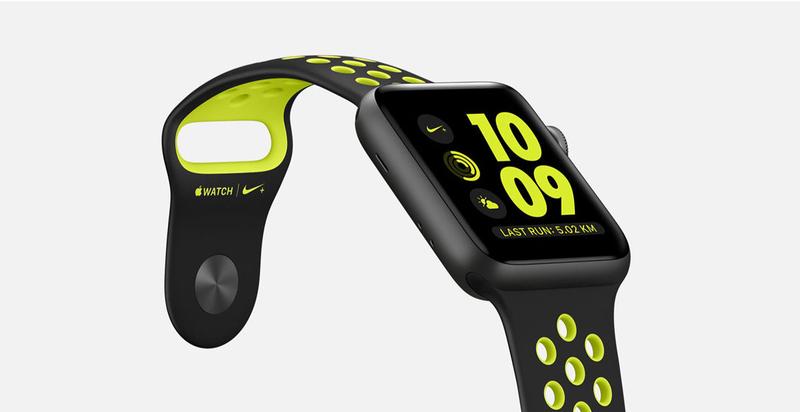 We’re seeing almost identical specs across all the Android Wear smartwatches with a few little differences here and there. The Sony SmartWatch 3 has a 1.6in LCD Transflective screen, IP68 rating, GPS and a microUSB port. Instead of AMOLED or IPS, Sony has gone for transflective which means the display is still readable – given sufficient ambient light – without the backlight. It’s the same technology used in many outdoor GPS devices. There is a 420mAh battery.

Sony has also included an ambient light sensor so brightness can be adjusted automatically, but it doesn’t appear to yield any extra battery life.

The 320×320 display has a few more pixels than the circular watches we’ve seen but there’s no real difference in the amount of information shown. The disadvantage of using a transflective display is that while colours look ok square-on, viewing angles are terrible by today’s standards. Measuring 36 x 10 x 51 mm  and weighing 38g, the Sony SmartWatch 3 has NFC and Bluetooth, and is Wi-Fi ready. It has a Quad ARM A7 processor, running at 1.2 Ghz. This is paired with 512 MB RAM, and a 4 GB eMMC storage drive.

We will get to GPS in the next section. But in general both of these devices are full-featured smartwatches. Activity trackers and health-monitoring devices, as well as a more convenient window for notifications from and interactions with your smartphone. See also: Apple Watch vs LG G Watch R comparison review.

This is one of the biggest updates to the Apple Watch Series 2: it now has GPS.

If, like us, you think smartwatches are mainly useful for fitness, this is a massive advantage for the SmartWatch. It could be argued that the original Apple Watch’s stride-calibration process is sufficiently good that really the presence of GPS is just saving you 20 minutes work training the Apple Watch rather than opening up an entire new activity (the stride calibration is surprisingly accurate, but probably not accurate enough if you’re a serious runner). But still: GPS is an important thing for a smartwatch to have. It allows you to accurately measure your physical activity without lugging around a phone.

But Apple has resoundingly equalised in this one area – other than price, of course – where Sony had a clear advantage. Say it loud: the Apple Watch Series 2 has GPS.

In related news, we could find no preinstalled running app on the SmartWatch 3, as the native ‘Fit’ just counts steps. This gets to the heart of the Apple vs Android debate, in some ways, in that there is a multitude of activity tracking apps in Android. But Google’s platform requires you to choose one for yourself.

Aside from GPS, the Apple Watch Series 2’s big sell is waterproofing – or rather, water resistance. It’s rated water-resistant to a depth of 50m under ISO standard 22810:2010 – but bear in mind that some of the straps (Apple specifically mentions Classic Buckle, Leather Loop, Modern Buckle, Milanese, and Link Bracelet Bands) are not water-resistant.

The SmartWatch 3 has the maximum IP rating: IP68. That means it’s dust-tight and can survive liquid immersion beyond 1m. More on the IP ratings here.

This is an Apple-following website, and we make no apology for being more familiar with Apple’s software than that of Google. But watchOS is new to all of us.

We found watchOS a little user-unfriendly when first we used the Apple Watch. At first blush we often didn’t know which control method to use: choosing from swipe, dial or Force Touch. Perhaps this is a smartwatch issue, however. Android Wear, or at any rate its implementation in the SmartWatch 3, is even harder to master: there’s less of a sense of a ‘hub’ where all the apps are visible as icons.

You can swipe left and view them as a list, admittedly, but we didn’t realise this for a while. And in any case the apps are weirdly organised – things appear twice when they are listed in multiple categories, although there’s no actual labelling to indicate this. Aspects such as settings and torch and doing a search are given equal space with actual proper apps. It feels a little messy, and counter intuitive.

Voice seems to be more fundamental to Android Wear, which is potentially an advantage but makes it harder to start with. And may be a reflection of our difficulty in using Android Wear that we used voice so much. None the less, Ok Google is much more useful than Hey Siri, although neither is perfect. See also: iPod nano 6G (with strap) vs Apple Watch comparison review.

Bear in mind that the Apple Watch Series 2 comes with a later iteration of watchOS, watchOS 3, preinstalled. watchOS 3 is faster than previous versions, and has (in our view) a superior way of handling app selection.

We can’t be scientific about battery life at this point but the SmartWatch 3 seemed comparable and maybe even a bit better than the Apple Watch, despite the always-on face. We charged it roughly once every 1.5-2 days, but that was generally because it had conked out completely; whereas we’d charge the Apple Watch every day like clockwork but it was usually on about 30 percent when we put it down for the night.

Matt Egan is Global Editorial Director of IDG, publisher of Tech Advisor, and a passionate technology fan who writes on subjects as diverse as smartphones, internet security, social media and Windows.