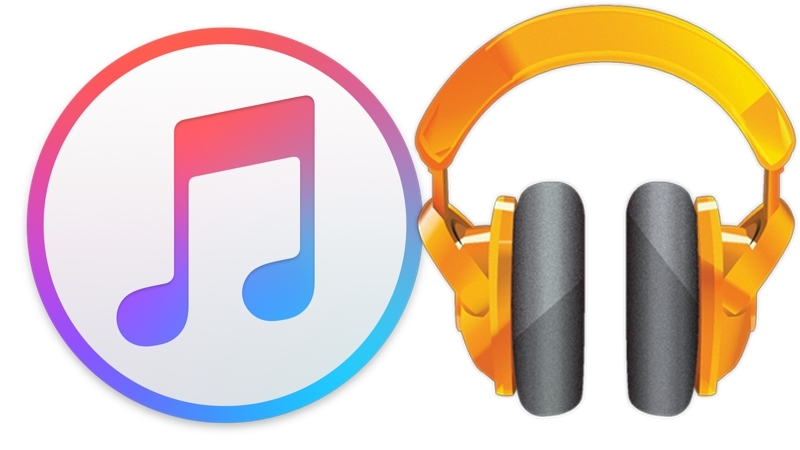 We think Apple Music has the edge on Google Play here. It’s direct integration with the Music app on the iPhone, amazing playlists and song suggestions give it the edge. Apple Music serves up an endless selection of new tracks for you to listen to, and Apple deserves a lot of credit for the effort it’s put into track curation. Google Play offers users a free way to stream tracks they own to an iPhone though, and if you don’t want to pay for membership it’s a good way to get music on the go.

Apple Music has finally arrived and thanks to a free three-month trial everybody has the chance to discover Apple’s new music service for themselves. Both Apple Music and Google Play offer a free service, and you pay extra for unlimited streaming of audio tracks from an online music catalogue.

In many ways, a comparison between Apple Music and Google Play makes more sense than a comparison to another service like Spotify. Both offer a similar set of features.

How to set up Apple Music

How to use Apple Music in the UK

What you get with Apple Music 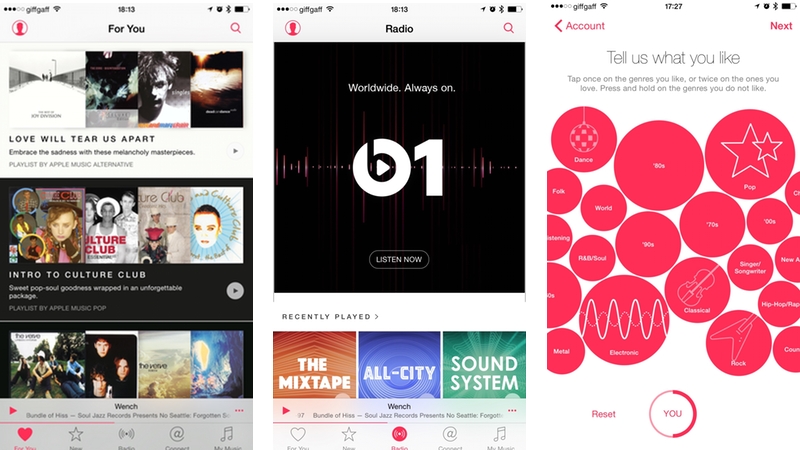 Here is a list of free and paid-for member features that come with Apple Music:

What you get with Google Play 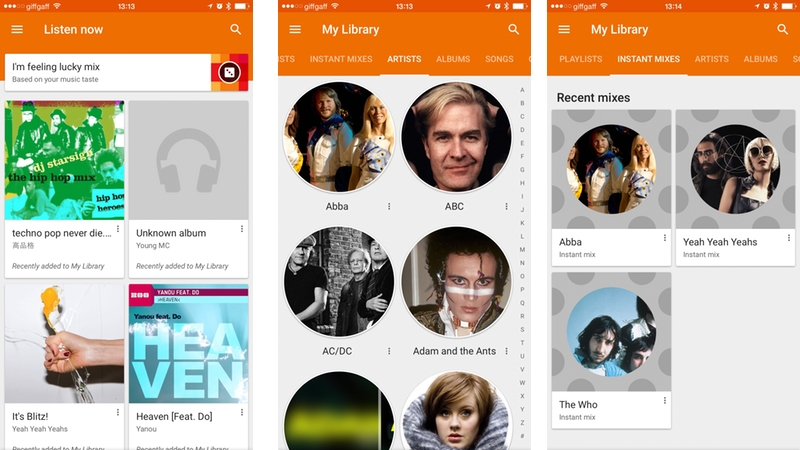 Here is a list of free and paid-for member features that come with Google Play:

What’s interesting is that both services offer different features for user’s not willing to pay the £10 monthly fee. With Apple, you still get Beats 1 and the Apple Music radio stations for free. However, Google offers its iTunes Music Sync service (similar to iTunes Match or iCloud Music) as part of the free service. If all you’re looking for is a cheap way to get the music you own into the cloud then Google Play has you covered. Google Play’s free service even allows you to upload twice as many tracks as Apple Music.

What music is available to members

Members get unlimited streaming with both services (that’s the principle reason for subscribing). We’re not wholly sure how many tracks are in the Apple Music service because artists can opt-in and out. We’ve noticed some gaps on Apple Music from notoriously protective artists like Prince and Kate Bush.

Google Play also offers YouTube audio playback along with its legitimate music collection. This broadens the range of audio available considerably, especially as YouTube is often the principle way many people listen to tracks. You also get a lot of live performances and rarities on YouTube. With Google Play, you get to listen to YouTube audio for free and in the background on your iPhone. It’s a pretty strong selling point.

What separates Apple Music from other streaming services isn’t so much the basic service (unlimited streaming of audio tracks) but what surrounds it. Apple has clearly gone to great effort to push new songs your way. There are five tabs at the bottom of the Apple Music tab and three of them introduce you to new tracks:

Google Play doesn’t really have much to hold up to Apple here. It has some Playlists but nowhere near the depth or obsession that Apple has pushed into Apple Music. Google Play’s Instant Mixes and Apple’s New Station feature both serve up a selection of tracks based on the current track or artist.

Apple has pulled out all the stops in curation and we discovered more new music in two days of Apple Music than we did in months of using Google Play.

5 things Apple could learn from Google

Apple’s Connect service enables you to Follow musicians you like and get messages from them. Bands you download music from are automatically followed, so it’ll populate with your favourite bands over time. As these bands make announcements, you can then post on the band messages with other fans. It’s a bit early to call it, but we don’t think Connect is going to end up being very useful. So far we’ve got a few messages that Underworld are playing at the Hollywood Bowl and there’s a new Placebo album on the way. With no direct way for fans of a band to talk to each other (outside of on announcements of the band) it feels more like a marketing tool.

Where perhaps both Apple and Google fall down, at least compared to Spotify, is with social media integration. Neither service integrates with Facebook (other than to allow you to share links to your timeline). With Spotify you get deep integration with other people, can watch what your friends are listening to and the suggestions are based as much on what your friends are listening to, as the music you like. The community created playlists in Spotify are excellent too, often bringing together odd music collections (like this Mac N Cheese: fun songs about food, or Make It Stop: the worst songs ever). Apple Music has professionally curated playlists, and they’re great, but Spotify has the balmy stuff only the community can think of.

Google Play has neither.