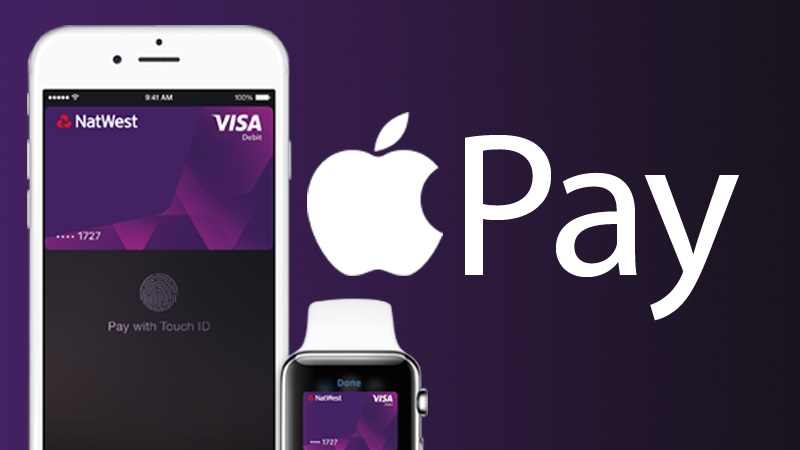 Apple Pay will really come into its own when it is possible to use it to pay for more than £20 at a time. For now, it’s a handy tool but not necessarily easier to use than just pulling your card out of your wallet – and until Apple Pay works with our banks that’s what we will have to do anyway.

Apple Pay has so much potential, but at the moment there’s so much disappointment. Of our team of Macworld writers, I’m the only one of us able to use Apple Pay, and that’s only because I am the lucky owner of a Santandar credit card. Not one of us banks with a bank that works with Apple Pay, so right now Apple Pay is something the team can only dream of (and as much as I’d love to run around using it to pay for everything I am not about to get myself into credit card debt!) Read: Apple Pay UK launch guide and participating UK banks

But I have been able to use Apple Pay, and when I have, I have to say the experience has been good, although that may have been due to the fact my expectations were low.

I knew that Apple Pay would only allow payments up to £20. I also knew that I’d be able to use Apple Pay wherever I can currently pay using a contactless card. Others may be frustrated by the fact that it’s only possible, currently, to pay up to £20 per transaction using Apple Pay, but that’s not really Apple’s fault, it’s a limitation of the contactless system.

The good news is that from September you’ll be able to spend £30 per transaction on these contactless terminals, which will make Apple Pay a little more useful. However the minute that stores are equipped to accept any payment via Apple Pay is when Apple Pay will really come into its own.

This is where Apple Pay will have one up on other methods of paying. Because Apple Pay payments are verified by your fingerprint they are more secure than payments where you wave your debit card over a terminal. This is why contactless payments are currently limited to £20, because anyone can use your card to make a payment that way. On the other hand nobody can use your iPhone to make a payment because there is such tight security around it: First you need to log in to open the phone using your pin or touch ID, then, once you’ve opened the Passbook app you need to use Touch ID again to actually approve the transaction. This is why eventually you’ll be able to pay any amount using Apple Pay, but for now the terminals are only capable of accepting payment up to £20, which is a shame. Read about Apple Pay security here.

Speaking of Passbook, that app is an essential ingredient for paying using Apple Pay. You can’t use Apple Pay until you have set it up in Passbook, and you need the app to be open on your phone before you can make a payment.

Luckily setup is easy. Open the Passbook app, click on Add Credit or Debit Card and enter your password. You will be able to hover your phone over the card and the iPhone will recognize the numbers on the card – so there is no need to enter any data. You then add the cvv number from the back of your card and wait for a text message from your bank that includes your Card Verification code. Enter that and you are good to go.

When you want to use Apple Pay open the Passbook app and hold your phone just above the payment terminal, once the two devices have seen each other your phone will request your Touch ID and once you have held your thumb or finger over the home button the transaction will be placed. Here’s how to set up Apple Pay. 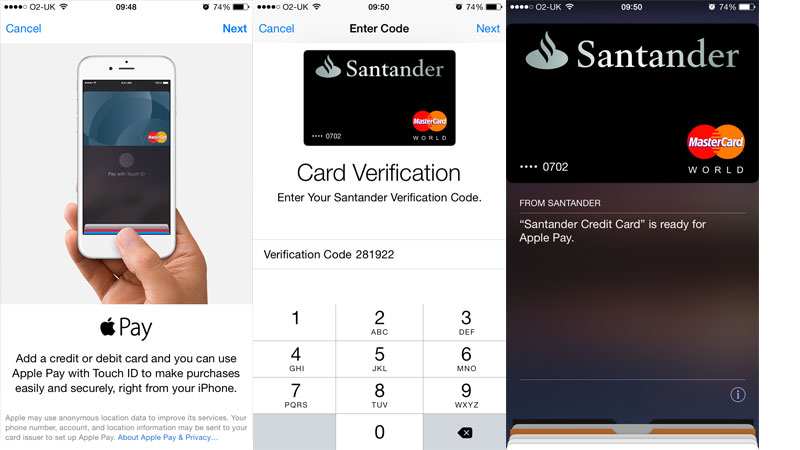 Thanks to Apple Pay you can use your fingerprint to pay for transactions in some iPhone apps too. For example, now when using the Amazon app you can use Touch ID to approve payments, no need to add your password.

You’ll also be able to use Apple Pay on Transport for London, so that’s the Tube, buses, trams, and trains that you can use your Oyster Card on. This works in the same way as touching in and out using your debit card, but don’t assume that because the same card is associated with your Apple Pay account you can touch in with your iPhone and touch out with your card. Unfortunately it doesn’t work like that so if your iPhone runs out of battery before you have completed your journey you might end up paying double if you touch out on your debit card. The moral of the story: make sure you have lots of battery before using Apple Pay when travelling around London. Read more about using Apple Pay on the London Underground here.

The true test of Apple Pay was when I accidentally left my wallet at home. I didn’t realize this until after I’d put various items through self-checkout terminal at my local Waitrose. Luckily I only had to pull my iPhone out of my bag and I could make the payment. It felt like the future.

I don’t think I’ll be leaving my wallet at home on a permanent basis though.