Based on the specs and our first impressions of the OnePlus 2, we can see why it’s been branded a flagship killer. At under £300, it boasts features that match or surpass many of its rivals that are closer to the £600 mark, so it’s bound to attract some attention from the likes of Apple and Samsung. We still prefer the design of the iPhone 6, and as we’ve mentioned, we love iOS, but there’s no denying that the OnePlus 2 beats the iPhone 6 in many ways, including its screen and camera. We’re looking forward to getting the OnePlus 2 back to our labs to carry out our set of benchmark tests to see how performance weighs up against the iPhone, and to try both cameras out side by side to see which produces the best results. We’ll update this article with our final verdict as soon as possible, but for now, the OnePlus 2 is definitely a smartphone to watch.

If we told you that hundreds of people queued from the early hours of the morning until 5pm just to get a few minutes with a new smartphone, you’d probably think we were talking about a new iPhone, wouldn’t you? But this time, it was actually the new OnePlus 2, a new phone described as the “2016 flagship killer,” that attracted the crowds at its hands-on preview event. So what’s the fuss all about? We investigate in our OnePlus 2 vs iPhone 6 comparison.

The OnePlus 2 isn’t the easiest thing to get hold of. In order to buy one, you’ll need to get yourself an invite, which you can find out how to do here. Thankfully there are 50 times the number of invites available this time than there were for the elusive OnePlus One. There’s also a reservation list available to join, which means you’ll get notified when more invites become available rather than having to keep one eye on social media at all times. Find out how to get a OnePlus 2 invite here.

Meanwhile, the iPhone 6 has been readily available to buy from Apple and network providers since it was released last September. In fact, we’re gearing up for the launch of the next generation iPhone, presumably called the iPhone 6S but possibly the iPhone 7, which is expected to arrive next month. See: What to expect from Apple’s September event.

That means you’re looking at a price difference of around £330 if you compare the 64GB models, for which price you could buy a second OnePlus 2 and have a bit of cash left over. 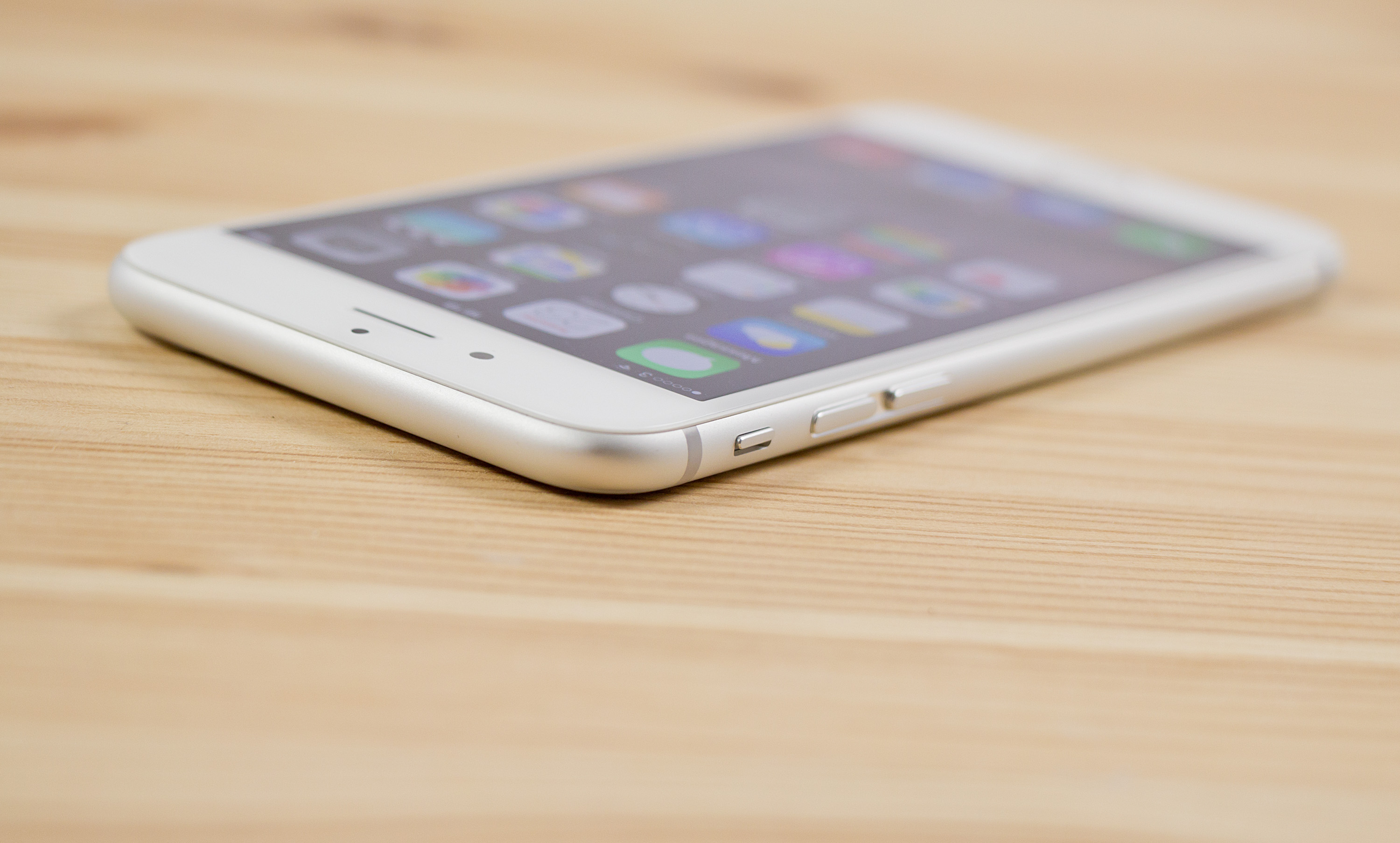 We absolutely love the design of the iPhone 6. It’s slim and sleek, and certainly stylish, made with anodised aluminium and smooth edges that make it a delight too use.

The OnePlus 2 is a reasonably good-looking smartphone too. It’s available in Sandstone Black, Bamboo, Black Apricot and Rosewood. They’re very different finishes to the Silver, Gold and Slate Grey available for the iPhone 6, so we think they’ll appeal to different types of people. 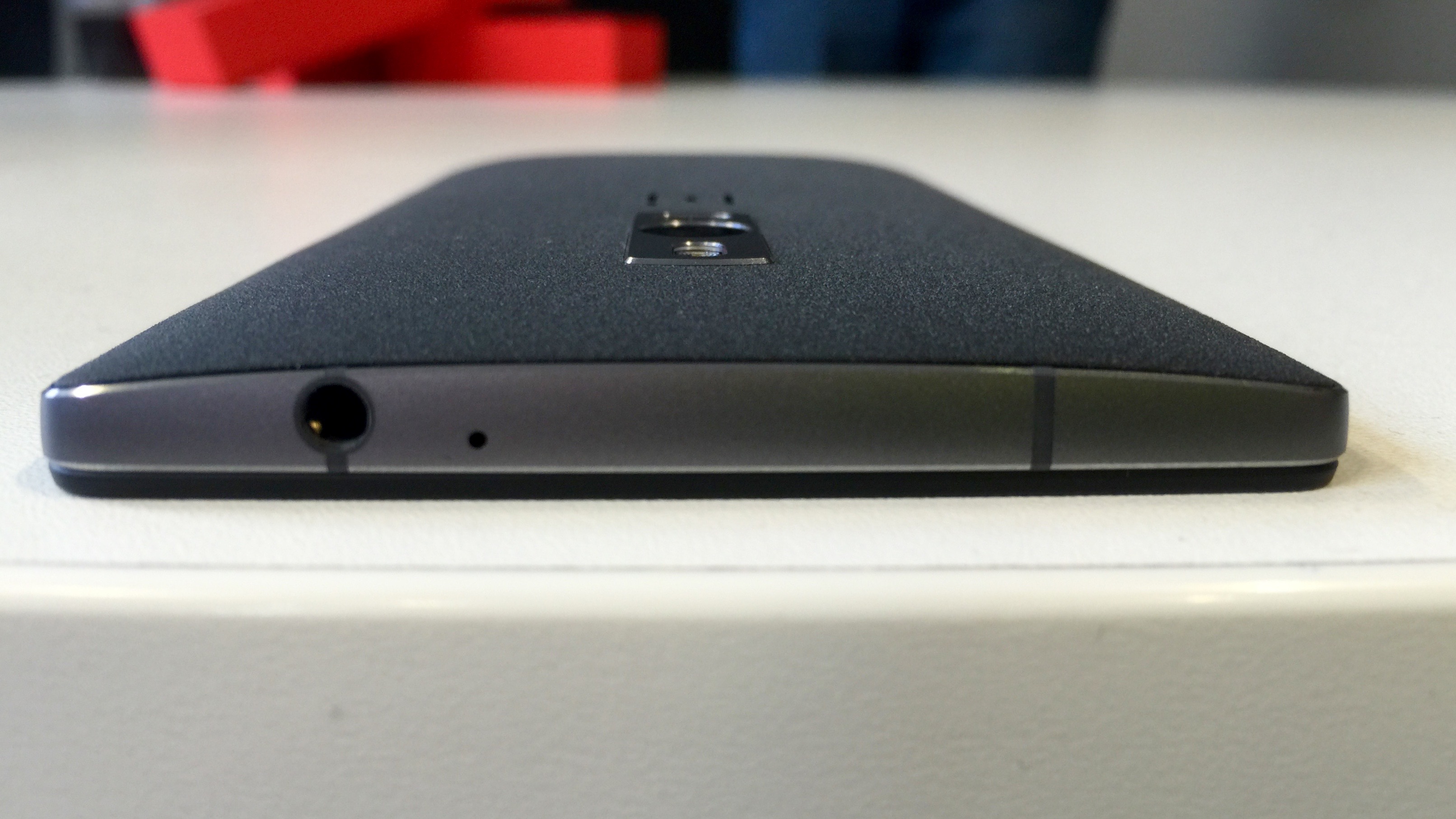 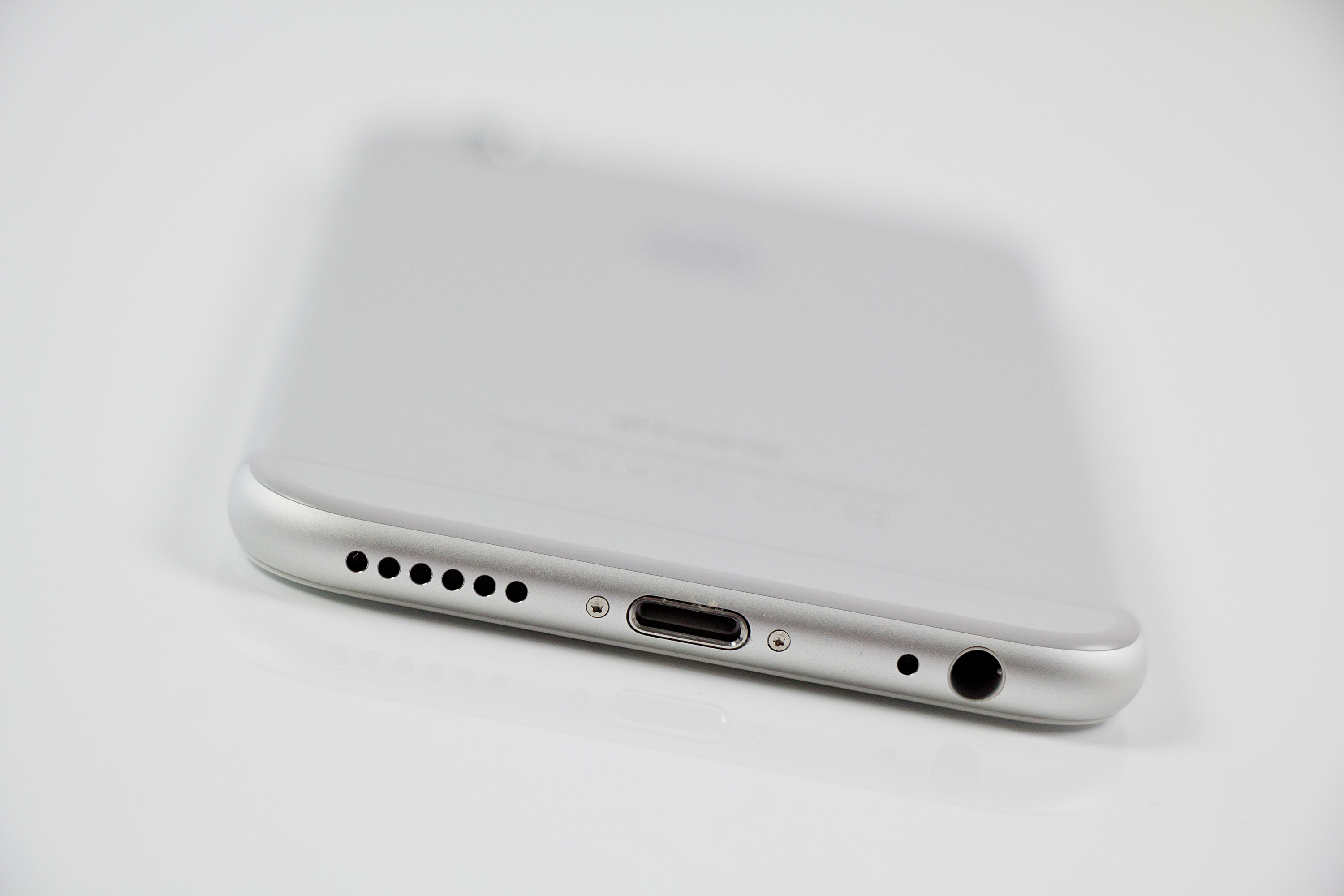 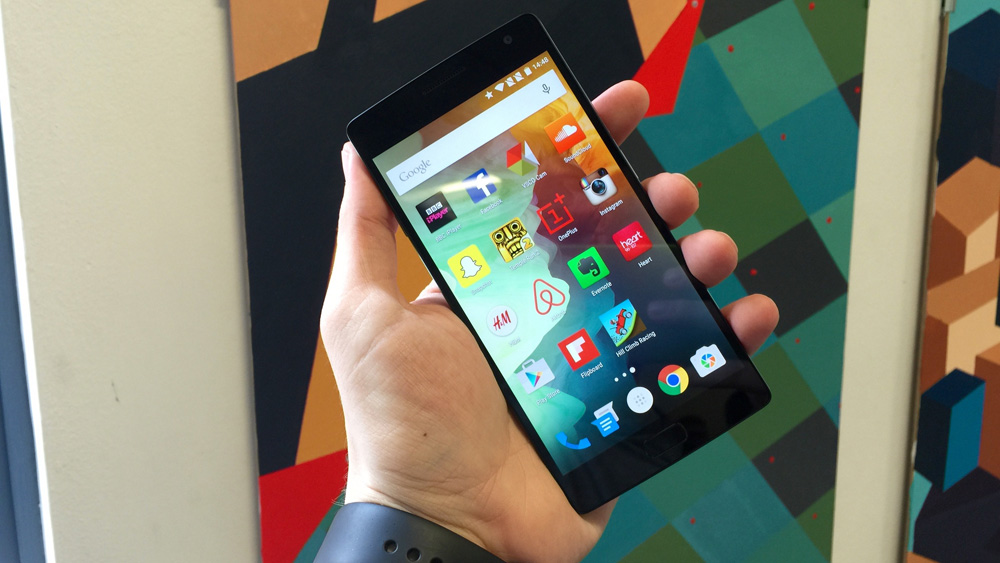 The OnePlus 2 boasts a 5.5in display, which is the same size as the iPhone 6 Plus and also offers the same full-HD 1920×1080 resolution with a pixel density of 401ppi. 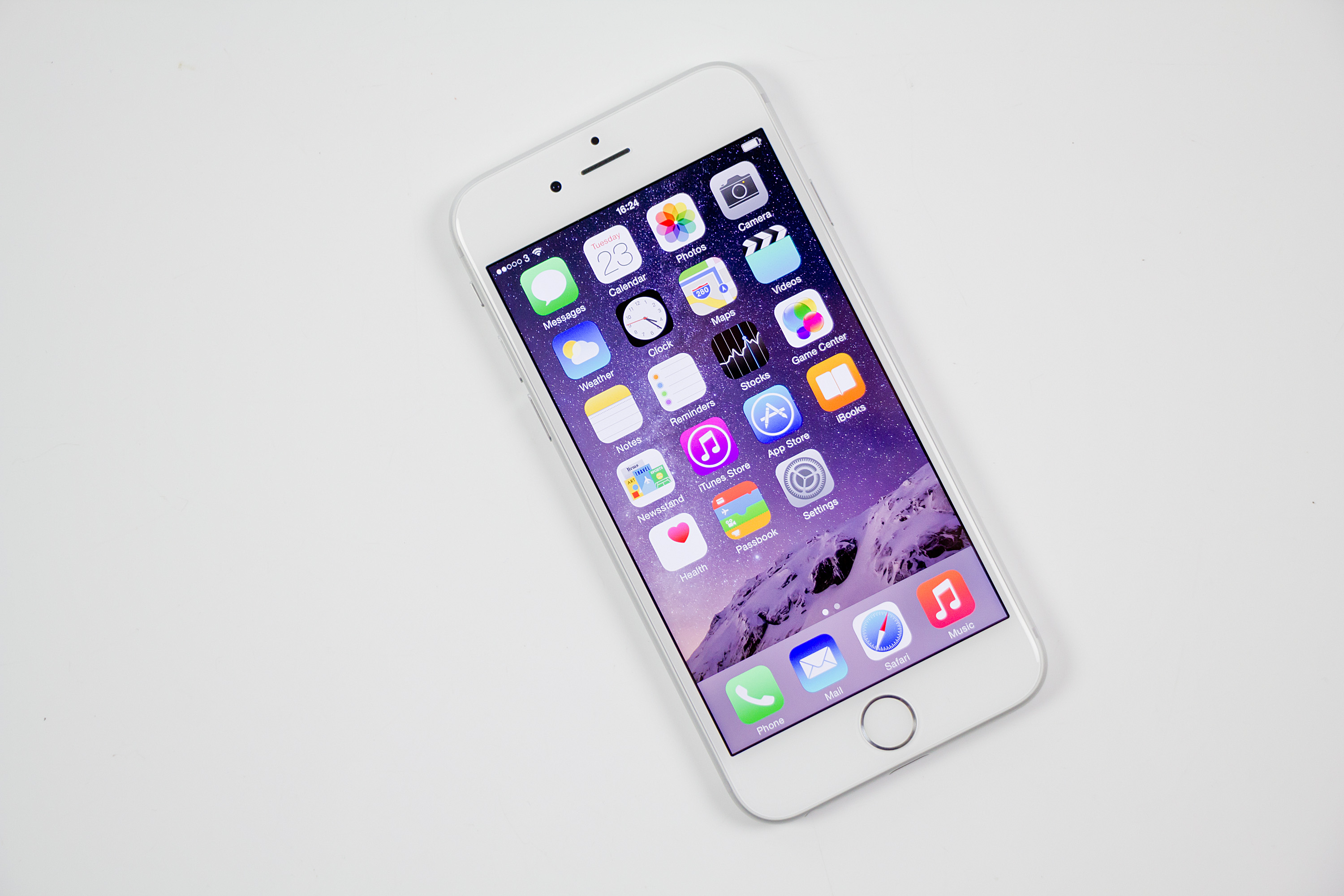 Both displays are crisp and clear, though, and if you plan on watching videos on either of these smartphones we don’t think you’ll be disappointed. That bigger 5.5in screen does make the OnePlus 2 a bit trickier to squeeze into a pocket, though.

Inside the OnePlus 2 is an impressive 64-bit octa-core Snapdragon 810 processor paired with 4GB of RAm, which we’re told will allow for 4K video streaming, fast photo capture, immersive 3D gaming and a strong battery life. We expect to be pleased with the performance of the OnePlus 2 overall, but we’ll have to reserve final judgement for our full review, when we’ll have put the OnePlus 2 through its paces in our benchmark tests.

The iPhone 6 runs on Apple’s own 64-bit A8 processor and 1GB of RAM. It’s also paired with an M8 motion coprocessor that helps the iPhone run more efficiently. There aren’t many smartphones that have managed to beat it in our benchmark tests so far so we’ll be interested to see whether the new OnePlus 2 can manage it.

iPhone 6 vs OnePlus 2 comparison: Other features

Both the iPhone 6 and OnePlus 2 feature a fingerprint scanner. The iPhone 6’s is situated beneath the Home button and can be used to unlock the device, unlock apps, pay for things online and now, thanks to Apple Pay, pay for items in store.

The OnePlus 2 has a fingerprint scanner on the back, and OnePlus claims that it is faster than the iPhone 6’s TouchID offering, but we’ll have to wait until we’ve got the OnePlus 2 back to our labs for testing to find out whether that’s an accurate claim.

On the side of the OnePlus 2 is a feature that the iPhone 6 doesn’t have. In fact, we’ve never seen it on a smartphone before. It’s called the ‘Alert Slider,’ and it lets you move through three custom notification options without removing the phone from your pocket. The first is None, which disables all notifications, the second is Priority which only sends you notifications from certain important contacts, and the third is All, which lets you receive all notifications.

Apple has introduced USB Type-C as the single port on its new MacBook, so it’s possible that the port (which can be used for many different purposes including charging) will eventually find its way onto the iPhone. However, right now Apple uses the reversible Lightning port for its iPhone 6.

You’ll find USB Type-C, which is also reversible, on the OnePlus 2. It’s a forward-thinking move, as USB Type-C is expected to replace Micro-USB as the charging standard supported by Android.

The iPhone 6 has one SIM-card slot, while the OnePlus 2 is a dual-SIM phone with both SIM slots supporting 4G which is quite unusual.

The iPhone 6 has a cracking camera on the rear. It’s 8Mp, which doesn’t sound as good as many of its rivals, but its larger pixels (1.5microns), focus pixels, f/2.2 aperture and dual-LED True Tone flash have helped it beat or match most of its rivals in our camera tests. 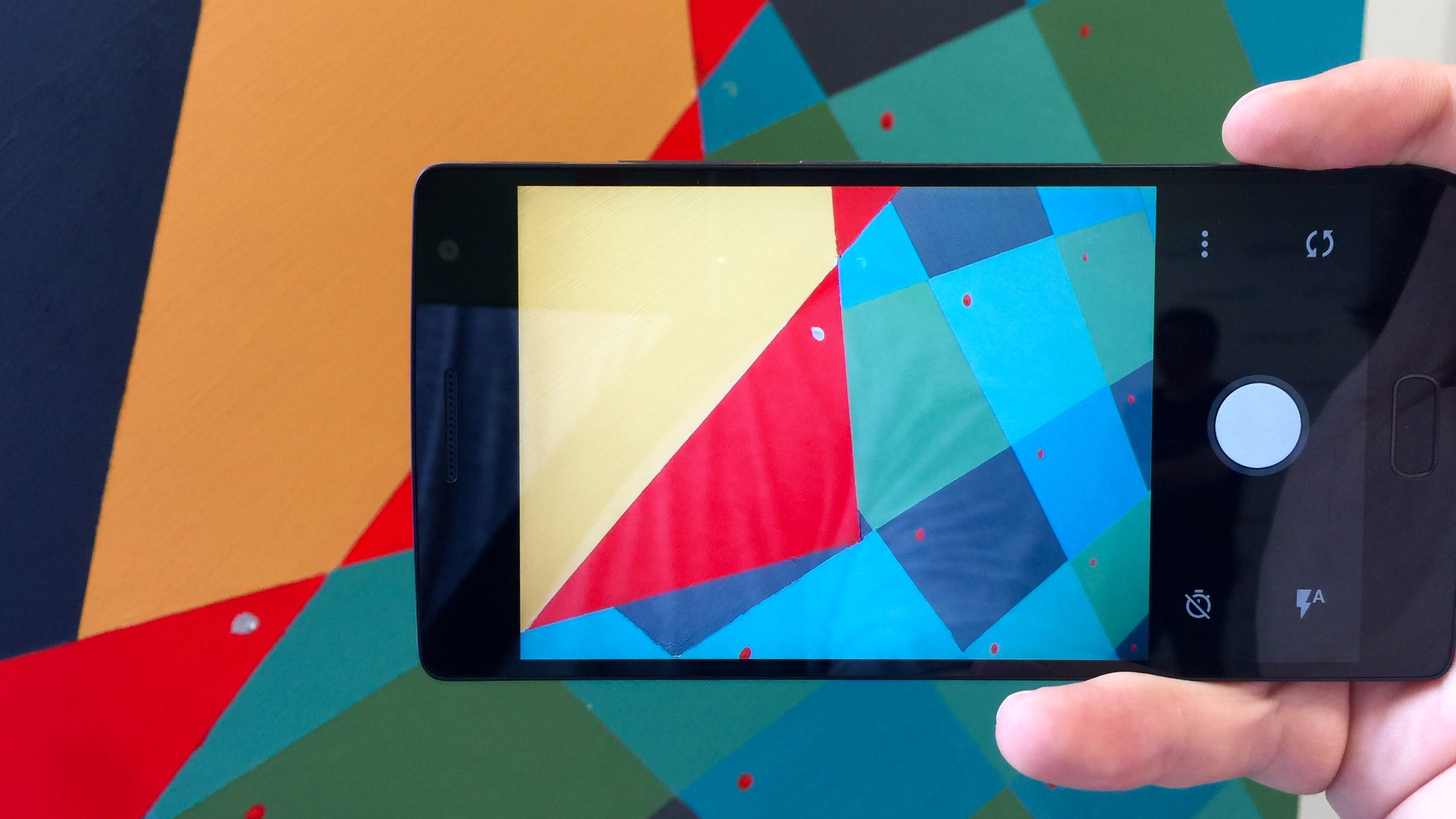 The OnePlus 2’s rear-facing camera is 13Mp and also has larger pixels. It boasts optical image stabilisation and is capable of 4K video recording, both of which are qualities that the iPhone 6 lacks (the iPhone 6 can capture up to 1080p HD video). Both the OnePlus 2 and iPhone 6 can record slow-motion video, too, though the iPhone 6 manages to beat the OnePlus here with up to 240fps compared with 120fps.

On the front of the iPhone 6 is a 1.2Mp FaceTime camera which we’d ideally like to see some improvement on in the next generation. It’s not awful, but with the selfie trend growing by the day we’re sure that some people are hoping for a better front camera on the iPhone 6S. The OnePlus 2’s front-facing camera is 5Mp, which is better.

One of the things we love most about the iPhone 6 is its software. iOS 8 is intuitive, good-looking and smooth, and seamlessly integrates with our Mac and iPad. Plus, iOS 9 is coming to the iPhone 6 next month and is set to bring even more features and improvements. You can find out more about the new features in iOS 9 here.

However, we think that software is truly down to personal preference, so if you’re not completely sold on iOS then it’s possible you might prefer what OnePlus has to offer.

The OnePlus 2 runs a custom version of Android 5.1.1 Lollipop called OxygenOS, which includes subtle customisations such as screen gestures, the ability to switch between hardware- and capacitive buttons, and toggle quick settings. There are also custom apps such as the camera, audio tuner and file manager apps. You can find out more about it in our sister title PC Advisor’s OnePlus 2 hands-on review.