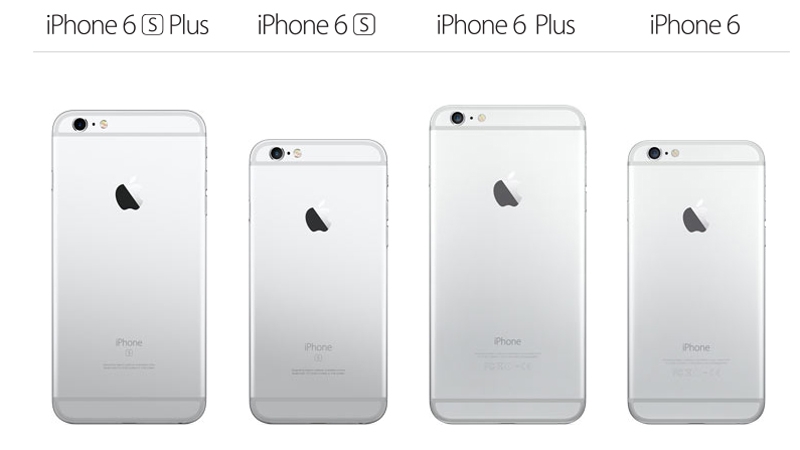 The 6s was a significant update compared to the iPhone 6, bringing 3D Touch, a much better camera, Live Photos, more RAM and a much faster processor, but should you buy one? With five years having passed since the launch probably not, but it does still have some things going for it…

It’s been a few years since Apple stopped selling the iPhone 6 and 6s, but you might be thinking about buying one of these handsets second hand, or perhaps a family member is passing their old handset onto you. In that case you will want to know how the two phones compare, and perhaps whether buying an iPhone 6 or 6s is a good or bad idea, and if an iPhone 6 or 6s will be any better than the iPhone or other phone you have right now.

Alternatively you might not be sure whether the phone in your hand is the iPhone 6 or the iPhone 6s as the two look remarkably similar.

Whatever your reason to want to know the difference between the iPhone 6 and iPhone 6s we are here to explain everything you need to know.

What is the difference between the iPhone 6s and iPhone 6?

You might think that being an s-update there wouldn’t be a big difference between the two phones, but when Apple introduced the iPhone 6s and 6s Plus in September 2015 there were some significant updates and changes including:

As for how to tell the difference between the different devices, if you have one in your hand you could test for 3D Touch by pressing on an icon or two to see if the second level menu appears. Or you could open the camera and see if Live Photos is an option. But the most obvious way to tell is to look in Settings > General > About and find Model Name. If it’s not listed there then look for the Model Number. You can tap on the Model Number to reveal the code starting with an A.

You should also find this A number listed on the back of the phone if it’s a 6 or 6s generation and an [s] if it’s a 6s or 6s Plus. 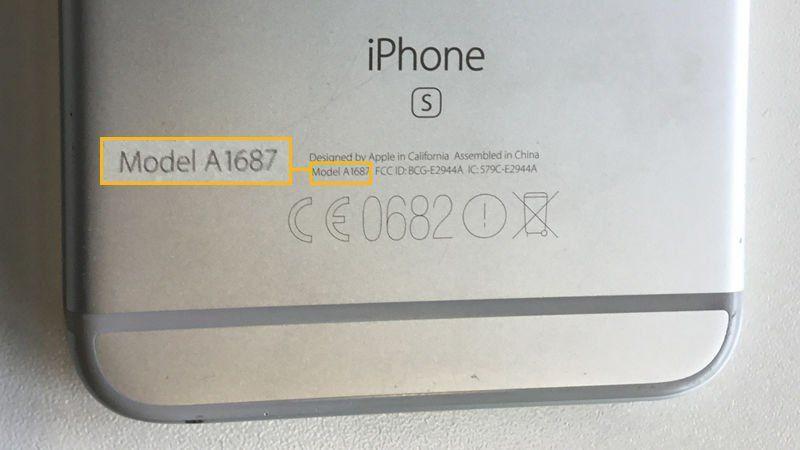 How much do/did the iPhone 6s and 6 cost?

If you are considering buying an iPhone 6 or 6s you are probably looking at second-hand or refurbished prices although you can still buy the handset new from some places.

You don’t have to settle for second-hand though. You can still get your hands on a new iPhone 6s and 6s Plus today. For example, Littlewoods is selling the iPhone 6s with 128GB storage for £479.99, while Argos is selling the 32GB version of the 6s for £299.

Wondering the price you’ve been quoted is a good price? Back in 2015 these iPhones cost the following:

To put things in perspective, here’s how those prices compare to the prices of the iPhones Apple sells new right now: 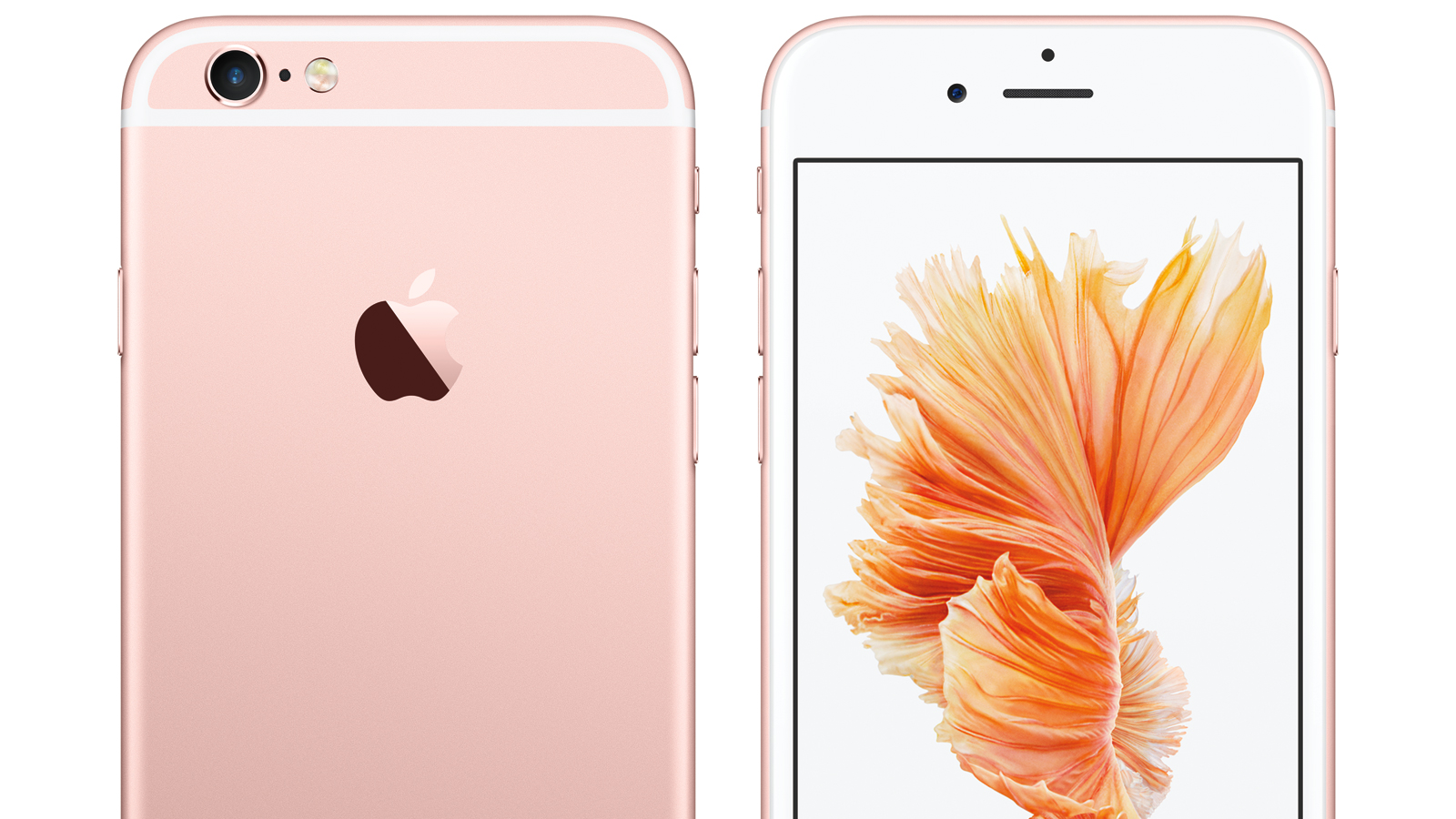 At first glance, you might think that the iPhone 6 and iPhone 6s are the same phone, but actually there are a number of design differences between the two handsets.

First of all the iPhone 6s introduced a new colour option called Rose Gold. Otherwise both handsets are available in Gold, Silver and Space Grey.

The iPhone 6s is also made out of a more durable Series 7000 aluminium. This is presumably to prevent a repeat of the Bendgate debacle that happened when some iPhone 6 Plus owners found that their iPhones had bent after prolonged periods of time spent in their pocket. The problem was probably exaggerated with only a few very vocal customers affected, but it’s a problem none-the-less and certainly a good reason to consider the 6s Plus over the 6 Plus.

Aside from that, the design and build of the iPhone 6 and iPhone 6s is essentially the same. There is a tiny increase in height, width, depth and weight for the 6s, but you’re unlikely to notice.

The dimensions are as follows:

There is not a significant difference in the dimensions of the iPhone 6 compared to the 6s, or the iPhone 6 Plus compared to the 6s Plus, but there is a significant difference between the standard and the Plus models, so if you are considering moving from a 4.7in screen to a 5.5in screen it’s worth bearing in mind that there are pros and cons about the bigger screen. The bigger phone weighs more (obviously) and is a bit more awkward to hold, especially if you have small hands, in which case you’ll probably find that you can’t reach the entire screen with a single thumb. But there is a real benefit to be had from the extended screen space. Once you go Plus you probably won’t go back.

The big difference is the inclusion of 3D Touch on the 6s models. 3D Touch means that the display on the iPhone 6s can distinguish between a tap, a light press and a hard press, and that opens up a whole host of new navigation, interaction and gesture possibilities. There is haptic feedback (a gentle buzz) so you know you have trigged the hard press functions.

In terms of what 3D Touch actually does, here are a few examples. Hard press on an icon on your Home screen and you’ll see more options. In the case of the Camera icon you’ll get shortcuts to Take Sefie, Record Video, and so on. When the iPhone XR launched Apple was able to create the same ‘hard press’ effect without 3D Touch.

The irony with 3D Touch is that as useful as it is many iPhone users don’t even realise that the feature is there.

You can find out more about 3D Touch and how it works here. Or take a look in this video:

The iPhone 6s was the first time Apple improved the camera specs since the iPhone 4s launched in 2011.

The front-facing camera also got some improvements. It can capture 5Mp photos rather than 1.2Mp, and the display became a front-facing flash to make selfies even better.

Some of the tech behind the camera was improved and the iPhone 6s gained some camera related software features. For example, Live Photos arrived with the 6s. With Live Photos turned on your phone takes short videos clips rather than still photos. You can get some fun effects and it’s a good way to get photos of kids who are moving all the time anyway. Later versions of the iOS software made it possible to create GIFs from Live Photos. Live Photos can be fun so they are probably a good reason to get the 6s over the 6. 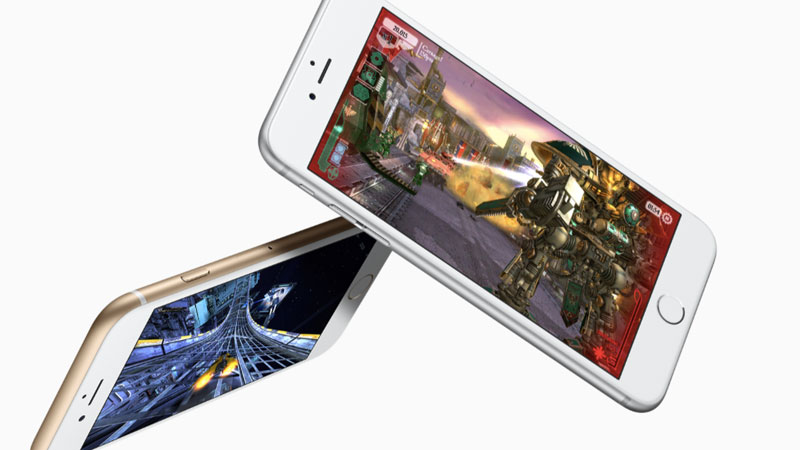 Inside the iPhone 6s is the A9 64-bit processor and M9 motion coprocessor. At the time Apple said the iPhone 6s’s processor was 70 percent faster and had 90 percent better graphics performance than the A8 and M8 chipset used in the iPhone 6.

Here’s how the benchmarks compared at the time the iPhone 6s launched:

Modern iPhones are considerably faster of course, but this does demonstrate that there was s significant difference between the 6 and 6s.

There has never been a big difference between the price of the lower capacity and the larger capacity models so we would always advise you to spend a little more to get more storage (although now that we can also rely on iCloud for storage the on-phone storage matters less).

Another change to the iPhone 8s was the arrival of the second-generation Touch ID. This fingerprint sensor is faster and more accurate than Touch ID on the iPhone 6.

Connectivity for the four handsets are the same – they all offer 4G LTE Advanced, 802.11ac WiFi, Bluetooth 4.2, and NFC.

Finally, battery life is estimated to be the same on all these handsets at up to 10 hours of internet browsing or 11 hours of video playback. However, if you are buying second-hand you can expect the battery life to be less.

Note that there was a problem with the batteries in the iPhone 6 and 6s models with Apple criticised for slowing down older phones to prevent shutdowns and maximise battery life. There was a program in place whereby Apple would replace the batteries but that is now finished (Apple ran a free replacement program from 2016 to the end of 2017 and a paid for program until the end of 2018). Read more about the  battery problems here.

You can now tell if your iPhone is being slowed down due to battery degradation by checking the status in Settings > Battery > Battery Health.

For more buying advice head over to our iPhone buying guide article.

Verdict: Should you get the iPhone 6 or 6s

Back in 2015 when the iPhone 8s launched it was a significant update, despite the fact that critics usually look upon s-updates as minor updates. The update bought some significant changes though, including 3D Touch, a much better camera, Live Photos, more RAM and a much faster processor.

If you were deciding between the 6 and 6s right now then we would say go for the 6s (Plus or standard) as it’s a much better phone.

But before you buy, if you are thinking about updating to the 6s from the iPhone 6 or even the 5s, then we’d recommend that you find a way to afford a newer phone. There are so many handsets that have launched since that you could consider, from the iPhone 7, 7s, 8, 8s, and the iPhone X and beyond. A lot has changed in the past five years.