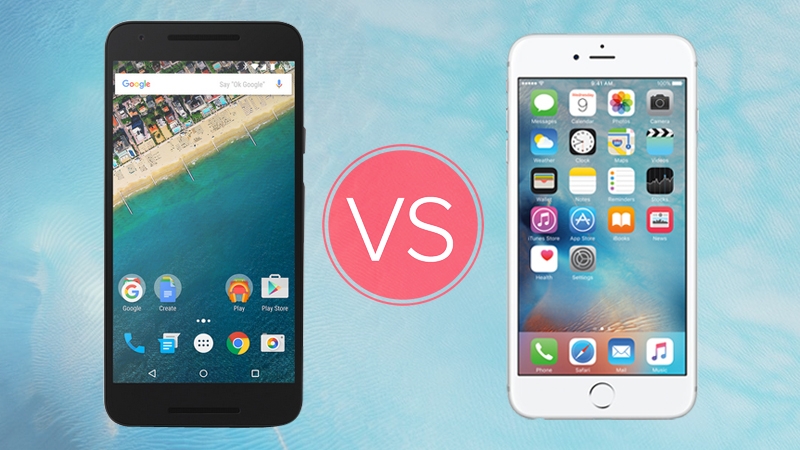 We wouldn’t advise getting either model in 16GB, so go for the 32GB Nexus 5x or 64GB iPhone 6s. The iPhone is the better device, in terms of both software and hardware (and blending the two together). But the Nexus 5x isn’t a bad phone by any means, and it offers enough functionality to make most people happy. A lot of it comes (as it so often does) down to how much you want to stay in (or join) the Apple ecosystem of apps, entertainment and iCloud. Also, how much are you willing to pay for a slicker and easier-to-use interface? Apple fans will already have made up their mind, as will coders who find Android an easier environment to develop for. For the average newcomer, it’s not such an easy choice. The iPhone is the wiser choice, in the long run; it is manifestly a better phone, and we think it’ll perform for longer, and you’ll enjoy owning it more.

If you’re in the market for a new phone, you may be trying to choose between an iPhone or an Android Phone.

Apple makes just the iPhone, and the latest model is the iPhone 6s, although you can also get the larger iPhone 6s Plus. There are lots of different Android phones, but the Nexus range is the closest you’ll get to an actual Android phone (although LG makes it, not Google). The latest Nexus model is the Nexus 5x, so if you’re in the market for a new phone, these are good phones to compare.

This review is a comparison test between the iPhone 6s and Nexus 5x. We’ll look at the technical specs, price and software on both devices. 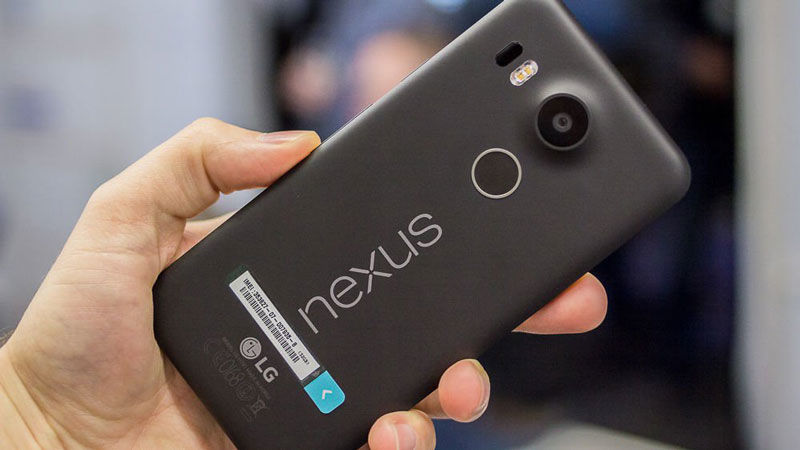 In terms of technical specifications, the two phones have more in common than you’d think. The Nexus 5x is a little bigger, but a little lighter than the iPhone. It has a larger 5.2-inch screen. Both have 2GB of RAM.

The iPhone 6s has a faster dual-core A9 compared to the Nexus’ slower, but quad-core, Snapdragon 808.

We’d bet good money on Apple’s faster dual-core being much faster than the Nexus 5x. A speed test by Cult Of Android showed an iPhone 6s smashing a Galaxy Note 5, even though it had an octo-core processor and 4GB RAM. A lot of this is down to better app management in iOS than Android. Both phones are plenty fast enough for regular users to do all the usual things they want without undue lag. We will be running our own tests and will update this article when we have the result.

Feature-wise, it’s much of a muchness. Both phones pack fingerprint sensing technology, and a form of mobile payment ( Apple Pay and Android Pay respectively). The cameras are similar in specification, and both phones can record 4K video. Although Apple’s new Live Photos feature is a point of difference, it’s a bit gimmicky, and there are similar apps available for Android.

The biggest difference between the two phones is Apple’s new 3D Touch interface. 3D Touch is both a hardware and software implementation, but the real difference is noticeable in software (so we’ll come to it in a bit). 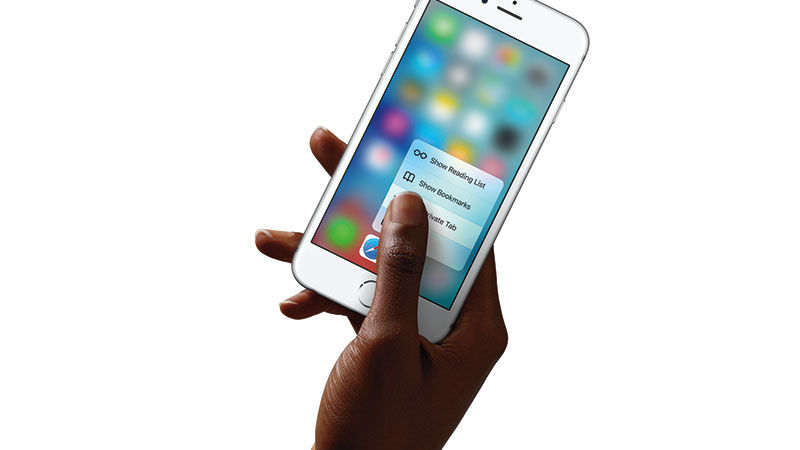 The iPhone 6s and Nexus 5x are available in a range of different models and prices. Here are the options available:

Price is clearly a difference between the two phones. The Nexus 5x is much cheaper than the iPhone. While Apple has larger storage models available, you save £200 by choosing a Nexus 5x. We think 32GB should be the entry point for a new iPhone, and are still slightly disgruntled that Apple hasn’t got a model available (in our opinion 16GB is too small, but that isn’t enough to stop people buying what is essentially the cheapest option).

The real comparison should be between the Nexus 5x: 32GB and iPhone 6s: 64GB. You’ll have a whopping £240 in your pocket if you go for the Android.

Of course these prices depend on whether you want to buy the phone up front, rather than on a contract. 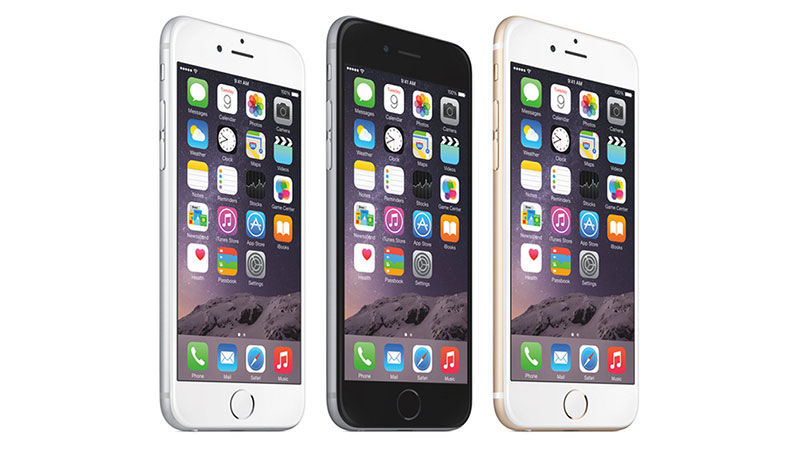 Both the iPhone 6s and Nexus 5x come in a range of different colours. Here are the official colours (the honest descriptions in brackets are ours)

Rose Gold seems to be the interesting new choice, although it’s not for everybody it has apparently proved popular. The gold of the iPhone is metallic gold, rather than plastic gold. It looks stylish, but quite bling. Space Gray and Silver are less ostentatious options.

The iPhone does look more stylish to our eyes (in terms of design and colour schemes) although the build quality on both phones is great. 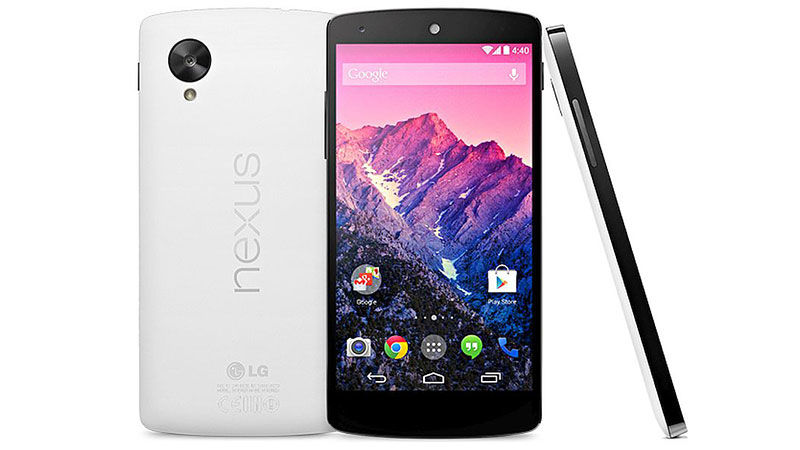 Apple consistently delivers new ideas, and implements them on both the hardware and software level. 3D Touch is a good example of this. Inside the iPhone 6s is a new type of touchscreen that senses pressure. You can use this to “peek” and “pop” inside items in iOS 9, or perform quick shortcuts. Android has a similar gesture in the form of a long-press, where you hold your finger down for a while. We think that it’s just not as good an implementation.

And then, beyond that there’s the whole of iOS vs. Android debate. From various speed tests, it’s clear to us that iOS is more efficient than Android. It’s also a safer operating system because Apple keeps such a tight rein on development so you can generally be confident about the apps you are downloading from the App Store.

As well as risks, there are advantages to Android’s side-loading feature (where you can install apps without Google’s permission or security). And Google has a much faster turnaround for app development, which is why it’s becoming much more popular among developers and enthusiasts.