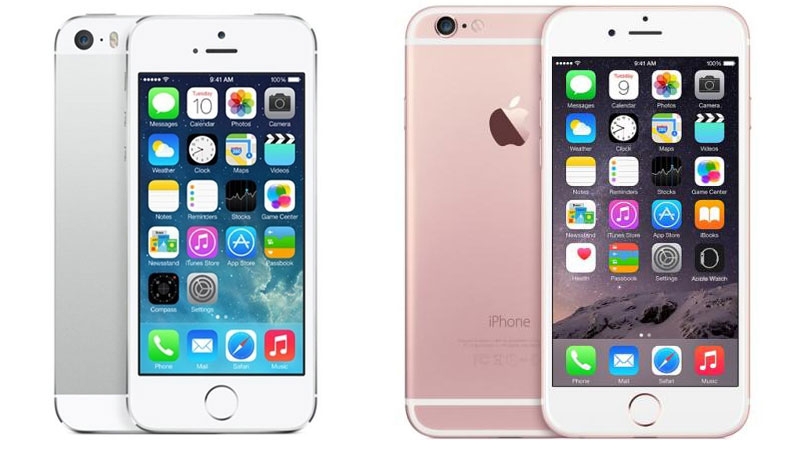 There’s no doubt that the iPhone 6s is better than the iPhone 5s, although if we compare the 64GB iPhone 6s with the 32GB 5s (the cheapest viable choice for each phone) you’re looking at an extra £200 – no small matter.   You do get a lot of functionality in the iPhone 5s, and it’s a great budget option. And some will even prefer its petite 4-inch screen, which makes the device a little more pocketable. Nevertheless, while new features such as 3D Touch and non-charging Hey Siri make the iPhone 6s better, it’s the much faster innards that warrant the extra money. The iPhone 6s is much more future-proof thanks to its A9 CPU and 2GB RAM. Get the iPhone 6s if possible.

Is the iPhone 6s worth the extra money compared to the old iPhone 5s? Which iPhone is better value for general use?

Apple releases a new iPhone every year in a “tick-tock” cycle. One year you’ll see an entirely new design of iPhone that’s substantially bigger or slimmer or otherwise remodelled physically (that’s the “tick”); and the next you’ll see the same design with faster, smaller and more efficient components and better performance (that’s the “tock”).

So, the iPhone “s” models are faster and offer better performance. Most users upgrade on a two-year cycle, and there’s a lot of wisdom in sticking to just the “s” models. And it so happens that Apple currently has the iPhone 5s on sale alongside the iPhone 6 and iPhone 6s models.

If you’re only going to plump an “s” model iPhone, how do the two compare? Obviously this year’s model will have newer features, and be faster, but the iPhone 5s is no slouch and is available at a much lower price. Let’s compare the iPhone 5s and iPhone 6s. 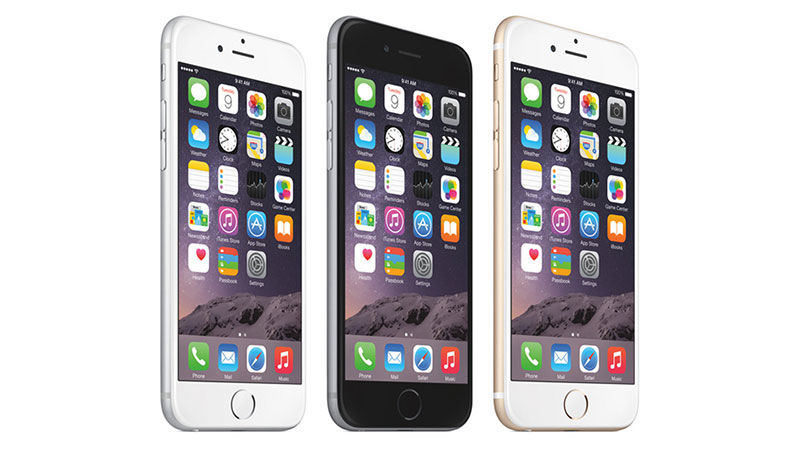 As you’d expect, the iPhone 5s is a lot cheaper than the iPhone. But one downside is that your options when it comes to storage are less impressive – the most you’re allowed is 32GB, whereas the iPhone 6s goes up as high as 128GB. (For a lot of people, however, the sweet spot for an affordable but usable phone is 32GB, and you’ll notice that this is the one tier that is offered for the 5s but not the 6s.)

The base model iPhone 5s is £160 cheaper than the base model iPhone 6s. It’s nothing to be sniffed at, although given that the 5s is now more than two years old, we expected the saving to be greater. Remember that the 5s now represents Apple’s budget option, since it discontinued the “c” model earlier this year. (It’s been rumoured that we may see an iPhone 6c later in 2015, however.)

We keep going on about it, but the entry-level iPhone 6s should be 32GB, and we think users will struggle to fit all their apps and media into 16GB. (See Why Apple should have discontinued the 16GB iPads and iPhones.) So the real comparison, if we’re looking for a phone that the average buyer can use without frequent inconvenience, is between the iPhone 5s 32GB model (£419) and the iPhone 6s 64GB (£619). And that gives us a ‘real world’ saving of £200 – albeit with the iPhone 6s buyer getting some extra storage into the bargain.

Regarding colours, you have two additional options with the iPhone 6s: Gold and Rose Gold. Both could be described as “bling” options, and each has received mixed opinions. (For what’s it worth, we like the gold and pink options.) 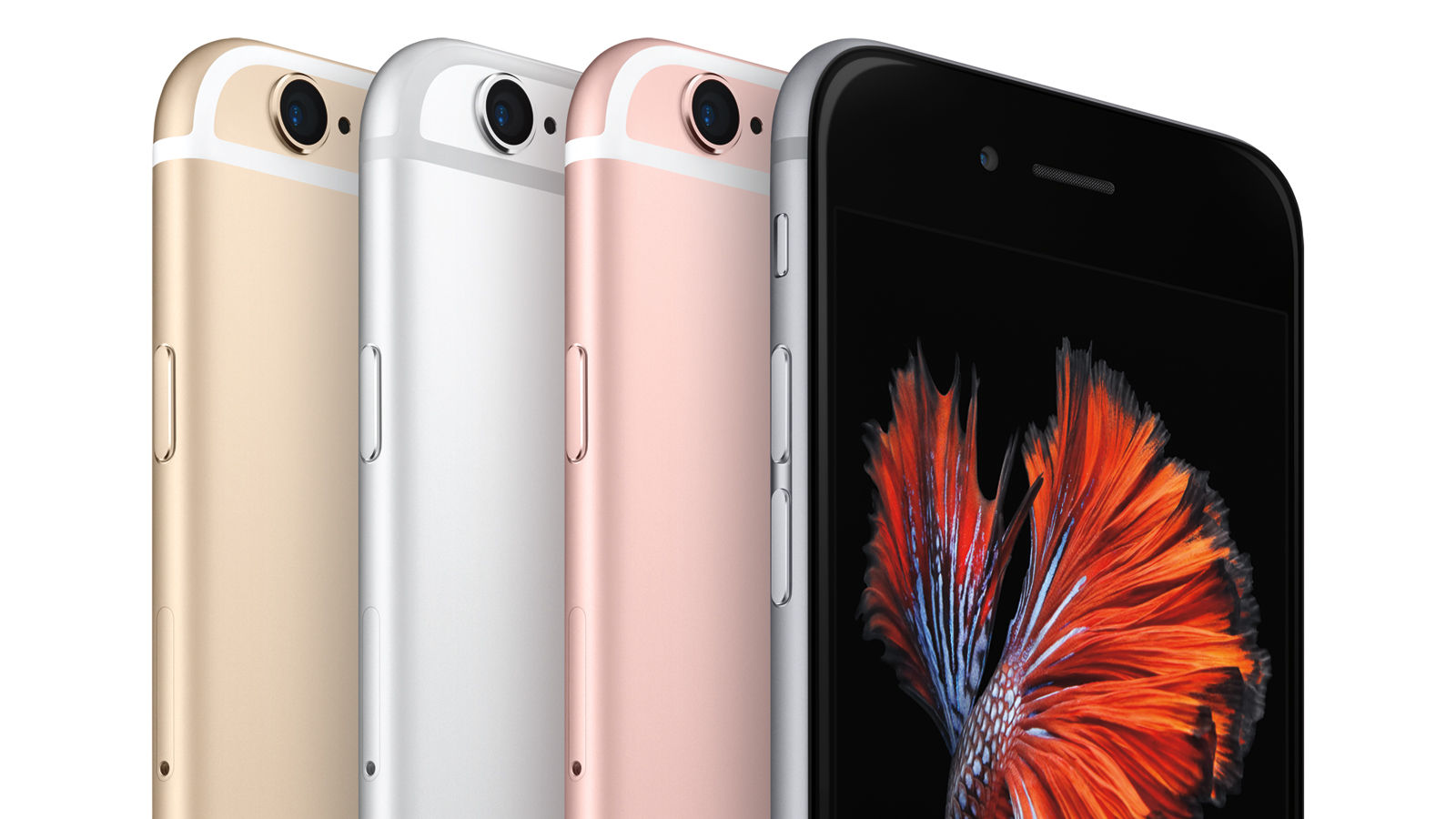 There’s certainly nothing wrong with the classic style of the Space Grey and silver iPhone finishes. Space Grey has a black faceplate, and Silver has a white one. 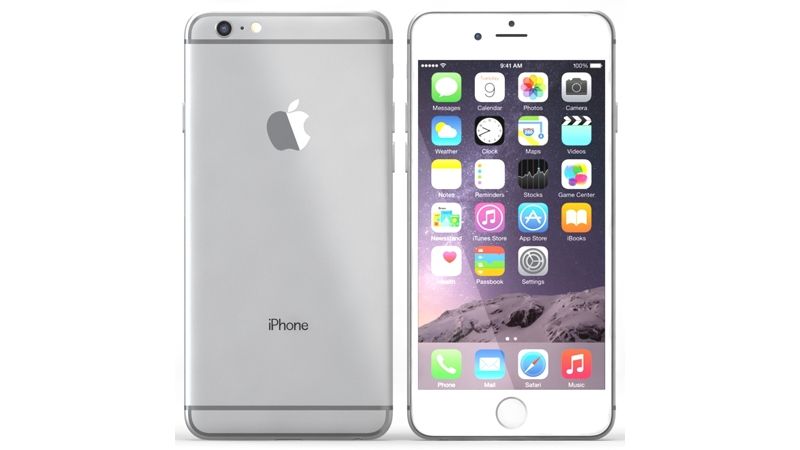 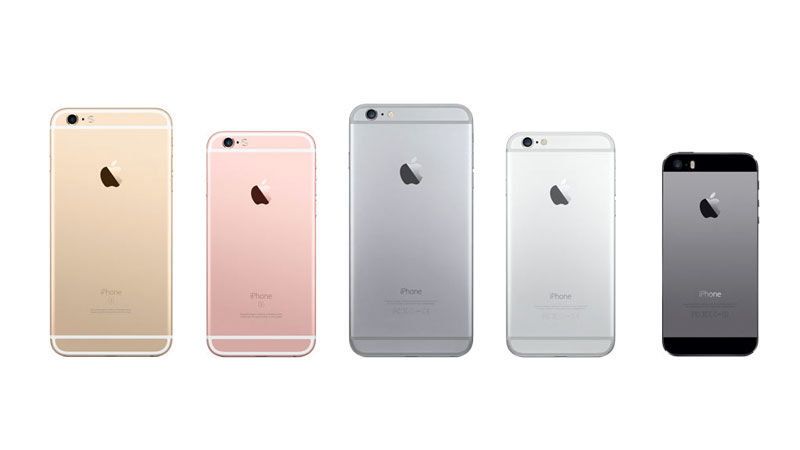 There are clear advantages to getting a phone with a bigger display. The keyboard is easier to use, photos are clearer, and videos are better to watch. Having said that, the 4-inch size of the iPhone 5s is, in many ways, more ergonomic (especially when used one-handed). It’s easier to fit in a pocket, lighter and more portable. There are still plenty of people who like the 4-inch design and are hopeful that Apple will make another iPhone in this form factor, although, given the success of the larger iPhones, this isn’t guaranteed to happen.

Aside from the screen size, the iPhone 6s has much more advanced innards than the iPhone 5s. Let’s look at the tech specs of the two devices.

Along with its larger screen, the iPhone 6s has a much faster A9 processor and six-core graphics. It also houses 2GB RAM. All of this makes the iPhone 6s a much snappier phone to use, and capable of happily running more demanding apps and games. This is a key consideration if you are into very graphically intense, state-of-the-art mobile games, or high-end software such as video-editing apps.

The more powerful hardware in the 6s means it will have a much longer shelf life, receiving newer versions of iOS down the line – the iPhone 5s should be safe to get iOS 10, but it will stop getting updates much sooner than the 6s. (The iPhone 4, for instance, was able to upgrade to iOS 7 but missed out on iOS 8.)

The iPhone 6s also has a faster Touch ID fingerprint sensor that is more accurate at unlocking the iPhone (it makes a big difference). It also has a better camera, along with 4K video recording and the new Live Photos feature. The iPhone 5s has Touch ID – indeed it was the first iPhone to get it – but it takes a little longer to work (we’re only talking about a second or thereabouts, as opposed to the almost instantaneous action of the 6s), and fails to recognise prints more frequently.

The new iPhone 6s also has Apple’s 3D Touch technology, enabling you to push firmly on the screen to activate popup menus, app shortcuts and various other interface features.

Finally, the iPhone 6s has an updated version of Hey Siri: you can say “hey, Siri!” at any time to activate the voice assistant, whether the 6s is plugged in or not. The iPhone 5s can use Hey Siri too, but it has to be charging for this to work, which limits its usefulness.