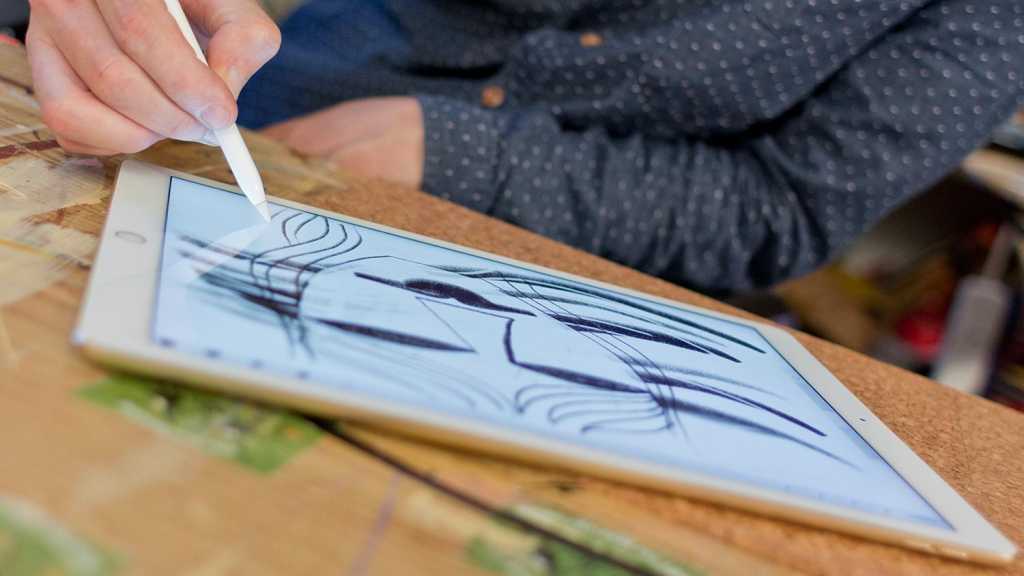 We love the Apple Pencil’s design, accuracy and speed. It’s let down by the clunky and impractical charging method, but charging doesn’t take long, and the Pencil helps to make the iPad amazing for artists.

In its broadest sense the Apple Pencil is a stylus… but it’s also much more than that.

The Apple Pencil isn’t limited to being a device for just pointing and tapping like you would with your finger. Instead, it’s pressure-sensitive to help you draw and paint in a manner that can help you achieve natural-looking notes and illustrations in anything from Apple’s simple Notes app to the more professional art and design apps like Procreate, AutoCAD and Adobe applications. It’s also an effective tool for handwriting applications, and we have a separate roundup of the best iPad apps for Apple Pencil.

You also need to be careful to make sure your choice of Pencil and iPad work together. Originally an iPad Pro exclusive, the 2015 Pencil now works with the iPad 9.7in (2018), iPad Air (2019) and iPad mini (2019), among other devices. But it doesn’t work with the 2018 iPad Pro models, which are compatible with the Apple Pencil 2018 only. Read Which iPads work with which Apple Pencils? for more advice on compatibility

Of course, the Apple Pencil isn’t the only stylus out there, and it’s one of the more expensive options. If you’d prefer something cheaper, try our Apple Pencil alternatives round-up. 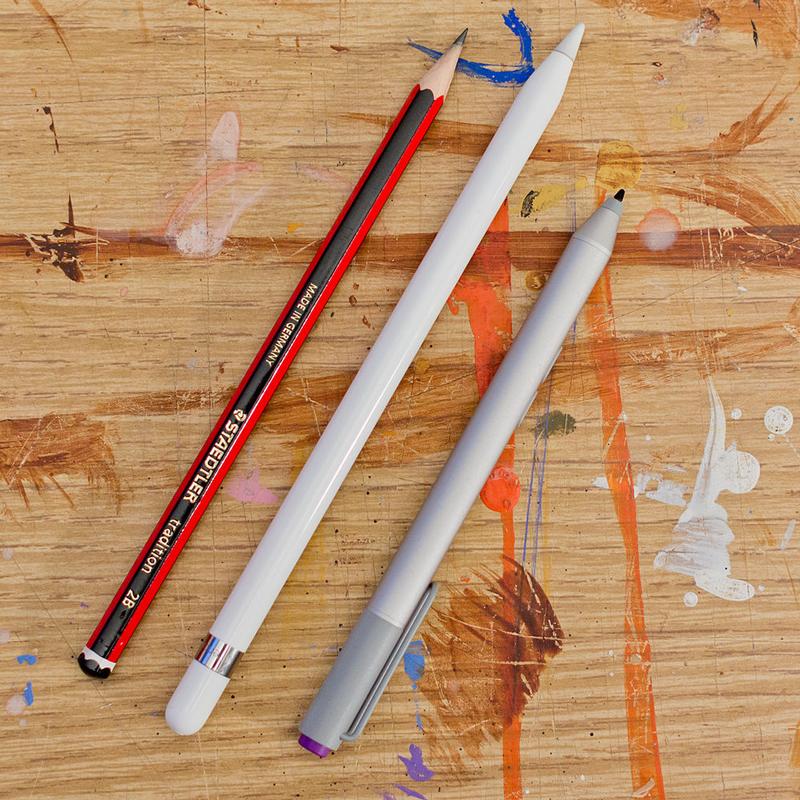 The Pencil is almost entirely white, with just a metallic band at the non-writing end by the charging cap. It has a glossy, hard ceramic feel (pleasingly, the white material looks and feels a lot like an actual pencil) with the exception of the tip, which is matt, softer and slightly off-white. You get a spare tip in the box, but unlike Microsoft’s new Surface Pro stylus with its variety of tip sizes, this is a straight replacement for the starting tip.

The Pencil feels pretty good in the hand, with a nice weight to it – a weight that’s tilted more towards the back than we expected, however (presumably because of the battery). If you like to hold a stylus very close to the tip, you may find the Pencil a touch unbalanced; the weighting lends itself to a grip that’s closer to the midpoint. 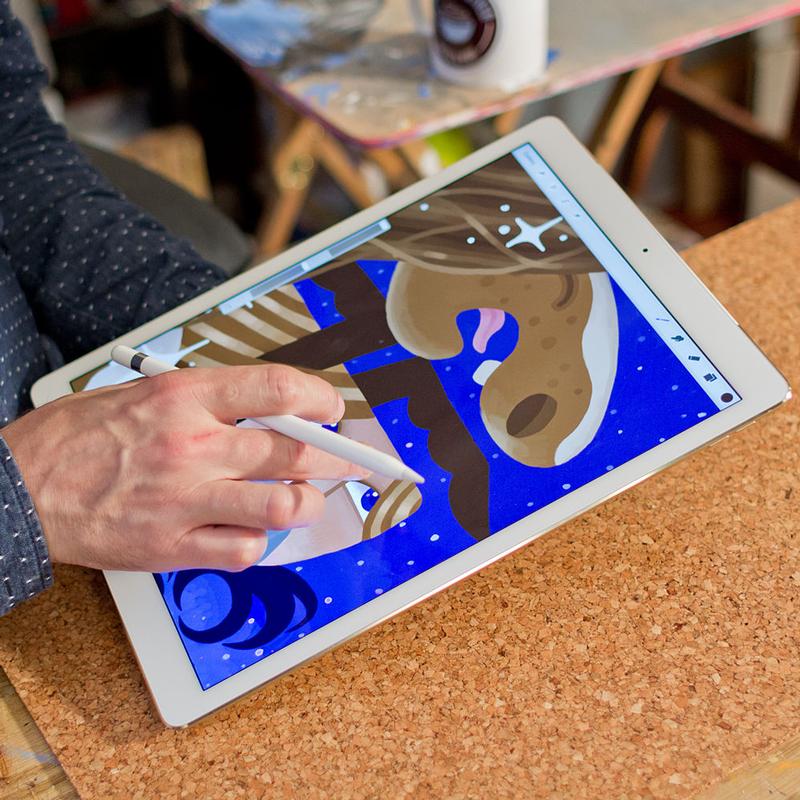 Other than the weighting issue, which we quickly got used to, the Pencil feels fantastic to hold and use. Its sleek white design is shaped just like the pencils we’re familiar with so there’s no extra thickness to contend with.

To begin with, we were worried that the Pencil was too smooth against the iPad Pro’s screen, thus removing the friction we’re used to with real pencil lead and most pens, but after a few days of use we found that the tip of the Pencil felt grippier, but we can’t say whether that’s because it physically changed through use or because we simply became accustomed to it. 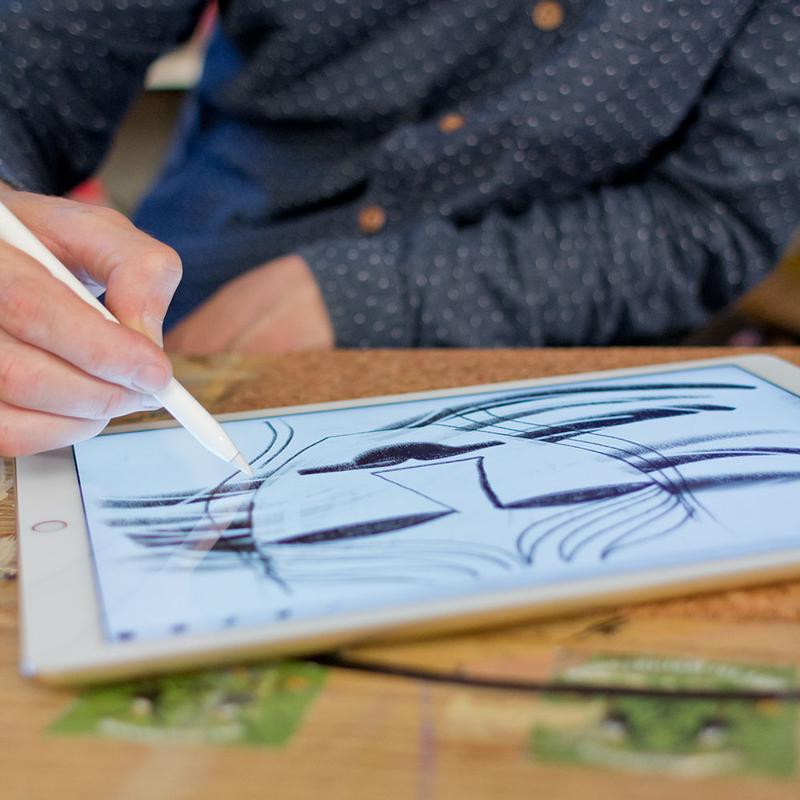 When you pick it up, it becomes completely natural to start drawing with the Apple Pencil right away, because it so closely resembles the familiar traditional pencil that we’ve grown up using on paper, and it’s super-fast to ensure that there’s no lag to ruin the illusion.

The Apple Pencil and compatible iPads have sensors that can detect the pressure you’re using and the angle you’re holding the stylus at, making it effortless to create lines of different thicknesses without really needing to think about it. In the Pencil’s tip there are two tilt sensors which the iPad’s display will keep track of to work out the exact orientation and angle of your hands as you draw.

You’ll find that you can use the side of the Pencil’s tip for realistic shading like you would with a real pencil lead, and if you’re using the Notes app you’ll be able to draw perfectly straight thanks to iOS’s ruler feature. That’s made possible by the iPad’s touch subsystem, which has been engineered to work with both the touch of your fingers and the Apple Pencil, meaning you can use both at the same time to move the virtual ruler whilst drawing lines with the pencil, for example. The Apple Pencil knows to ignore the wrist and palm, though. 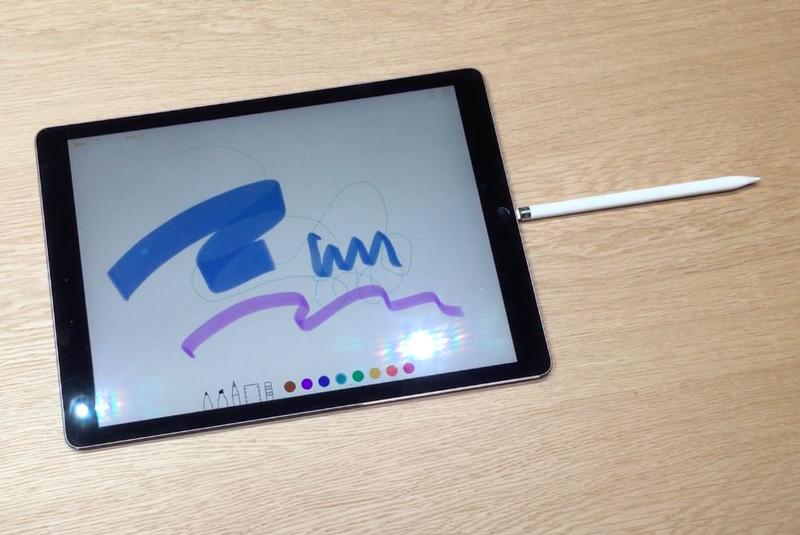 The Apple Pencil requires a Bluetooth connection and therefore requires a battery, but it’s easy to charge thanks to the Lightning connector hidden in the end of the Pencil itself under a cap. (A strong magnet snaps the cap back into place, which is a nice touch.)

You can plug it into the iPad’s Lightning port to charge it, and thanks to its quick-charging feature you should be able to collect enough power for about an hour of use within a few minutes of being plugged in. If you charge it fully, the battery should last for 12 hours. (Here’s how to check the Apple Pencil’s battery percentage.)

There are two downsides to charging the Apple Pencil, though. The first is that plugging it into the Lightning port is a bit unwieldy. It looks ridiculous, it isn’t ideal if you want to charge it while you’re using the iPad, particularly if you’re using the Smart Keyboard as a stand as it sticks right out of the side and is easy to knock or bend.

A tiny bundled adapter allows you to plug the Pencil into an AC charger.

We love the Apple Pencil’s familiar design, impressive accuracy and speed that keeps the illusion of real pencil and paper alive.

It’s let down by that clunky and impractical charging method (something that is fixed in the frankly far more appealing 2018 Pencil, which attaches magnetically and charges wirelessly), so it’s lucky charging doesn’t take long, and its price tag is a lot to swallow. But the Apple Pencil helps make compatible iPad models – and particularly the 12.9in iPad Pro – amazing for artists.