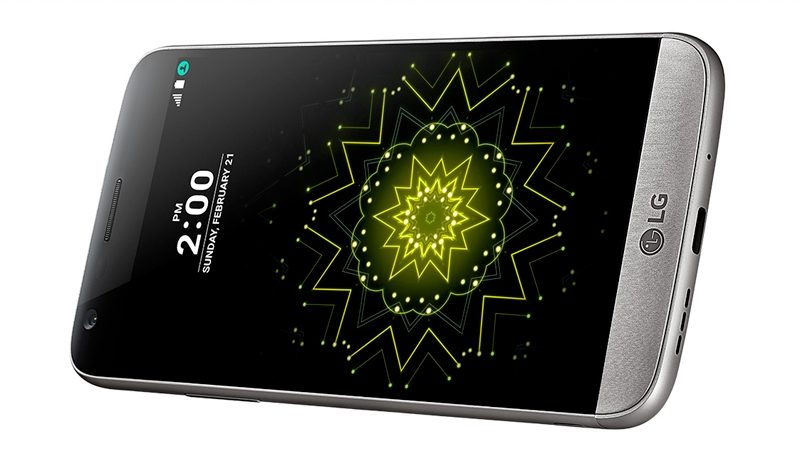 We’re looking forward to getting our hands on review samples of the LG G5 and setting it against the iPhone 6s in our labs. Until then, we can only tentatively say that the G5 certainly looks the part – with specs that are consistently higher than those of its Apple counterpart and twin rear-facing cameras. The G5 looks, in fact, like it might be the star of MWC 2016. It will be exciting to see how Apple responds when it unveils the iPhone 7 in autumn.

Which is better: the iPhone 6s or the LG G5?

LG just unveiled its LG G5 at MWC in Las Vegas, and it’s proving something of a hit. Some of its specs and features, certainly, put Apple’s finest in the shade. In this article we’ll compare the LG G5 with the iPhone 6s, and look particularly at four areas where LG looks to be ahead: cameras, screen, processing power and battery specs.

(This isn’t a totally fair comparison, of course, given that the iPhone 6s is five months old and the G5 has just been announced. Bring on the iPhone 7, we say! But it gives us a good idea of which will be the smartphone to beat for the next six months.)

LG has gone down the dual-camera route, which is a bit of a surprise – this approach not having worked out too well for some of the company’s rivals. 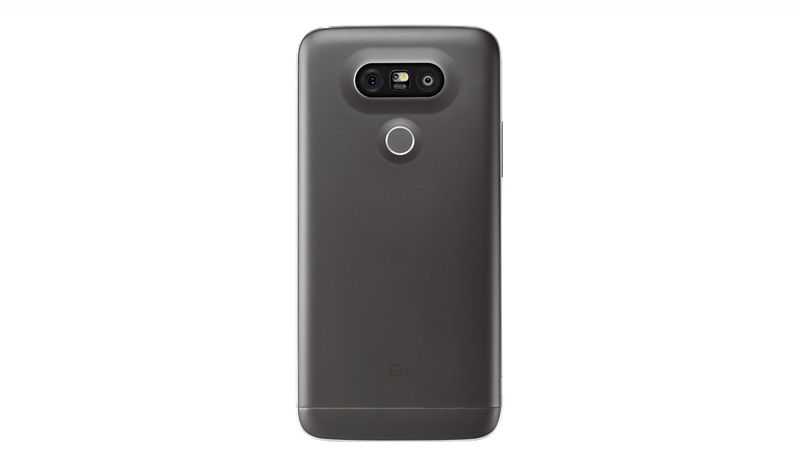 As well as the front-facing camera, the G5 has two more cameras (one 16Mp and one 8Mp) pointing to the rear. But this isn’t for 3D or the ability to refocus after taking the shot (gimmicky but quite cool, if you ask us); this is to help the cameras adapt to different fields of view. The 16Mp has a conventional 78-degree lens while the 8Mp goes much wider at 135 degrees so you can fit more in your shot.

The iPhone 6s only has two cameras (a phone with just two cameras! Imagine saying that in 2002), the standard rear- and front-facing combination.

Screen size is generally a question of preferences rather than ‘better’ and ‘worse’, so there will be those who like the G5’s 5.3in display and others who prefer the iPhone 6s and its 4.7in display; one gives slightly more screen space, the other results in a slightly more portable device. (On the latter point, the 6s is 16g lighter than the G5.)

If you prefer a larger screen, of course, you could always plump for the iPhone 6s Plus, which has a screen measuring 5.5in. 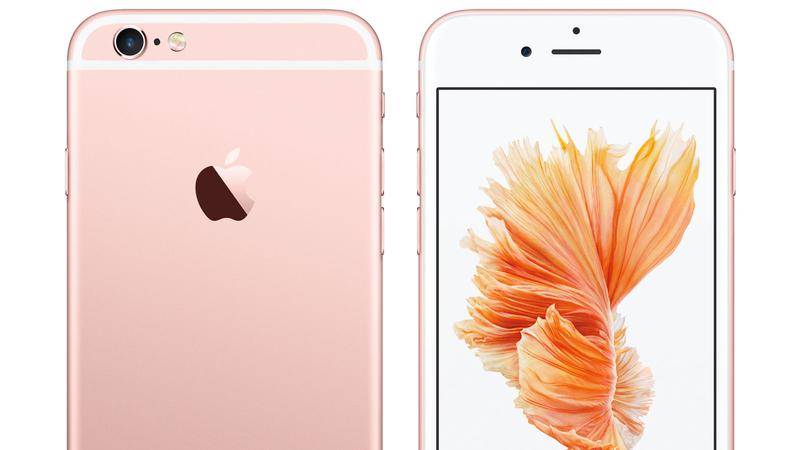 The 6s is rated as Retina HD, but this term has always felt like a misnomer; it refers to the resolution – which is obviously higher than that of the iPhone 5s, since it covers a larger area – rather than to the actual sharpness, determined by pixel density. Both the iPhone 6s Plus and the iPhone 6s (and their predecessors, the 6 and the 6 Plus) are rated as Retina HD, but only the Plus models (which have a pixel density of 401ppi) are actually sharper than standard Retina iPhones.

It’s debatable, of course, to what extent the human eye will be able to detect and benefit from a smartphone with a screen resolution of over 500; some would say that anything over 400 is overkill. But Apple is certainly lagging behind on raw specs. 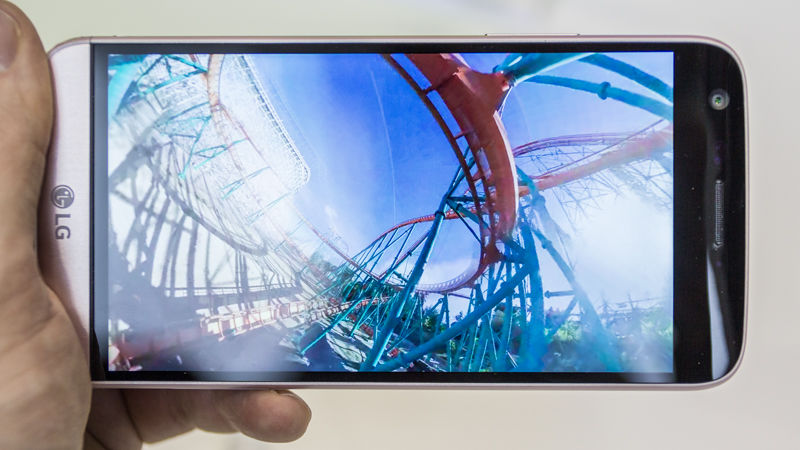 This is an area where it’s hard to for us to draw clear conclusion until we’ve got the phones into our feared testing lab, but we’ll say this: the LG’s Qualcomm Snapdragon 820 processor is quad-core (the iPhone’s A9 is dual-core) and is accompanied by 4GB of RAM to the iPhone’s 2GB.

Watch this space to see how they get on in real-world environments.

The LG G5 has a (removable) 2800mAh batttery. That actually represents something of a disappointment for LG fans, who suspected that they might be getting a whopping 4000mAh. But it’s still streets ahead of the iPhone 6s and its 1715mAh unit.

Being in charge of the OS as well as the hardware enables Apple to make its devices as power-efficient as possible, and this, combined with the additional strain of a higher-resolution screen and twin cameras, may mean that the gap in battery life is less dramatic than the raw specs would suggest; but our money would be on the G5 lasting longer. In any case, we can’t wait to compare the two devices in real-world testing once review samples are available. 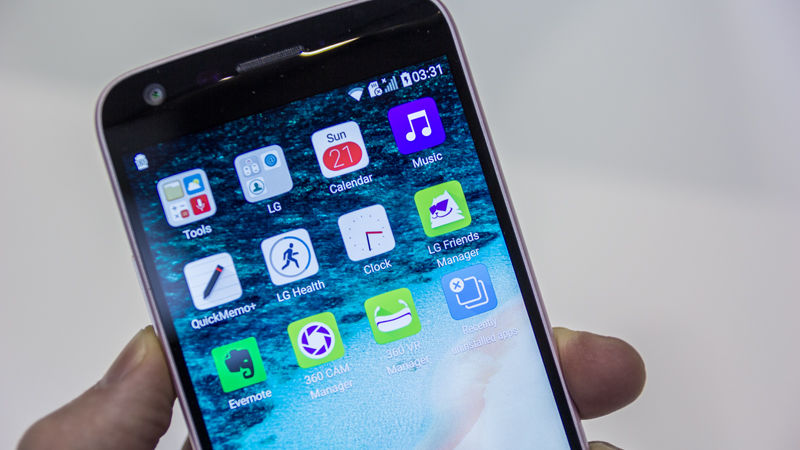 There are four colour options for the G5: gold, silver, titan (dark grey) and pink. And the iPhone 6s is available in essentially the same choices: gold, silver, Space Grey and Rose Gold. 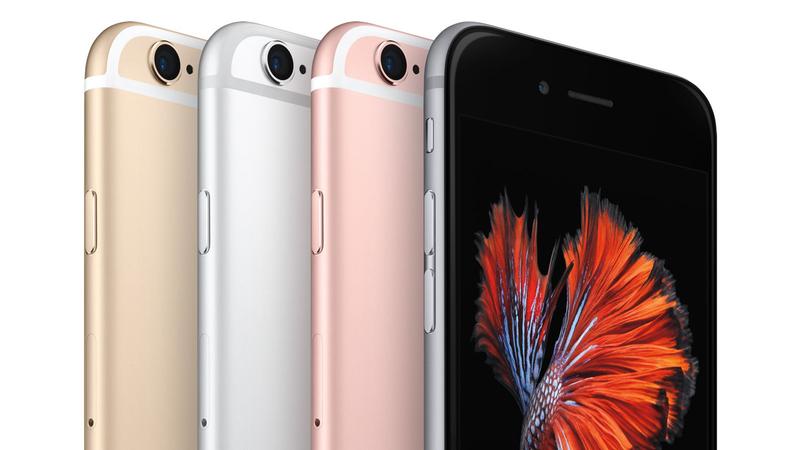