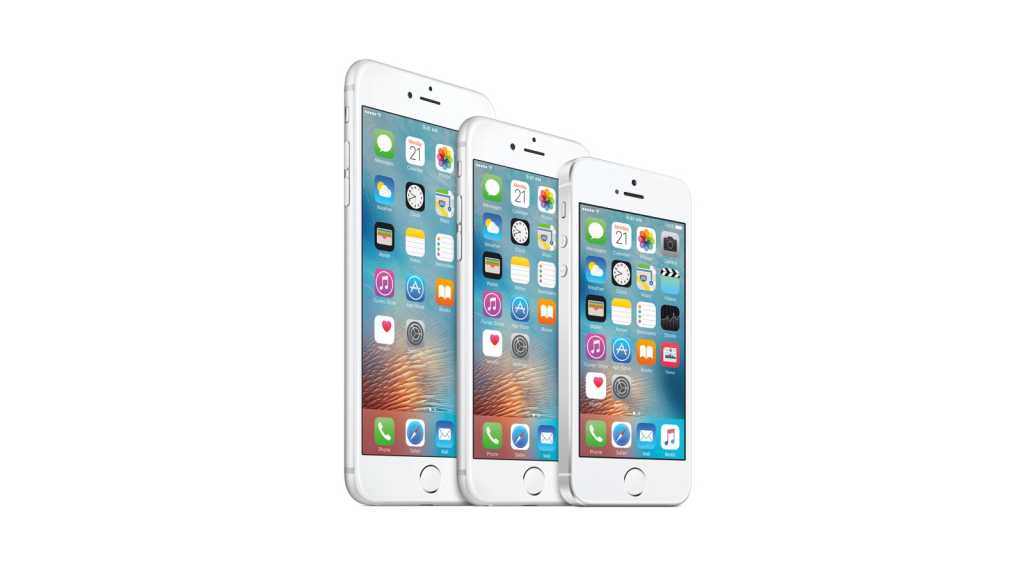 The iPhone 6s is a feature rich phone, which houses a lot of Apple’s flagship components such as 3D Touch and its second-generation fingerprint sensor and unfortunately these features are not found within the new 4in iPhone SE. However, we are impressed with the price point at which the new 4in iPhone comes in at, and the use of the A9 processor chip, which is a welcome addition.

The latest iPhone SE has already created a lot of buzz, due to the return of the 5s’ case design. When the phone was announced during Apple’s March 2016 event a lot of people saw the iPhone SE as a smaller variant of the iPhone 6s, but with the iPhone 5s’ design. Is this really the case (pun intended)? Read our comparison review to find out.

The latest iPhone SE doesn’t come in a 128GB variant, which might come as a surprise to some as we were expecting Apple to start phasing out the 16GB storage options. Instead we’re presented with only 16 and 64GB storage options, priced £80 apart from each other. If you’re looking for more storage, you could look at external storage. See: Best external storage for iPhones and iPads. 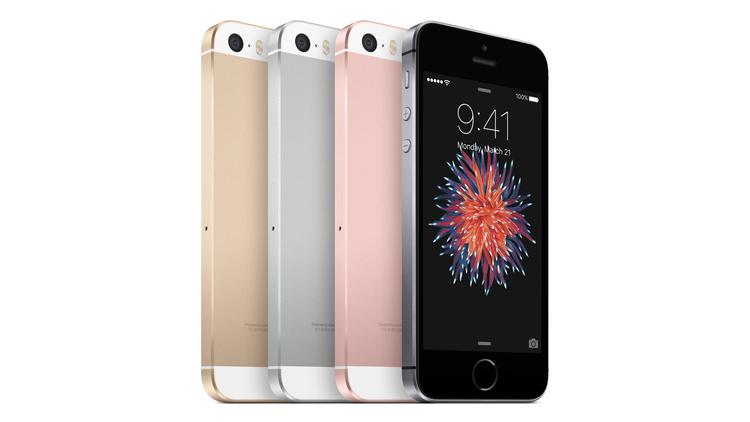 The price differences is what sets the iPhone SE and 6s apart, with the base price of the SE with 16GB starts at £359, while the 6s is £180 dearer at £539 for the 16GB model. The price is extremely pivotal, with the SE deemed as Apple’s most affordable iPhone yet, cheaper than the iPhone 5c which launched at £469 on 20 September 2013.

We like the cheap base price of the SE, as competition is greater than ever from Android and Windows smartphones, we think that Apple has chosen its price wisely. Read next: Best iPhone SE deals UK.

Despite their price differences, both the SE and 6s come in the same selection of colours:

The colour options are a welcome addition at a lower price bracket and we hope that in coming iPhones we also see these colour options, among new ones. Read next: iPhone 7 release date rumours, new features.

The two iPhones are extremely similar in specifications, but there are several factors which sets them apart. The first and most obvious difference is the size of the display – the iPhone 6s has a 4.7in screen, while the newer SE has the smaller form factor at 4in. This change of screen size is a great move by Apple, as a lot of users miss the small 4in size of their old iPhone 5s, where it could be operated in one hand easily by a larger pool of the world’s population. 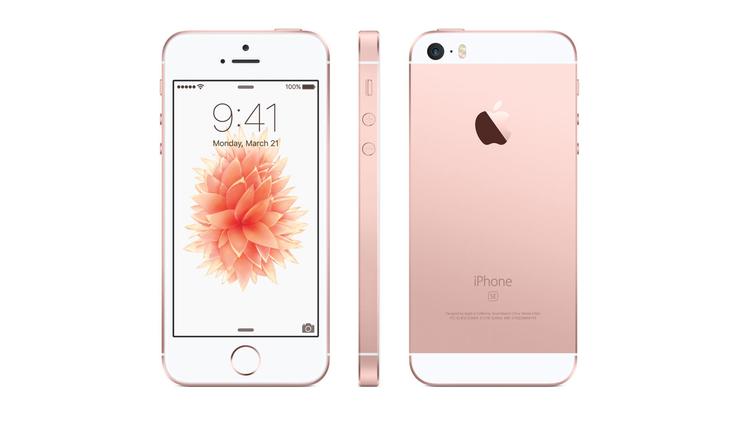 Although, the smaller screen size might not suit everyone who has already migrated to a larger screen, we still see it as a positive move by Apple. Read next: iPhone SE first-look preview.

Speaking about the screen, it’s interesting to note that the SE doesn’t support 3D Touch or dual-domain pixels which are used to increase viewing angles within the display. Apple also quotes the typical control ratio on the SE to be almost half of that of the 6s (800:1 versus 1400:1). We are disappointed not to find 3D Touch within the SE, with it differentiating the phones’ software.

Let’s dive into the individual specs and analyse them.

Despite the iPhone SE having a smaller screen, its thickness has increased by 0.5mm, as Apple is re-utilising the iPhone 5s’ case design, which is thicker than the iPhone 6 product line.

The cameras are also another talking point, where a lot of people will relish the SE having the same fantastic camera found on the 6s, the 12Mp iSight Camera that’s capable of recording in 4K at 30fps. However, looking at the FaceTime Camera we were a surprised to see the inclusion of a lower 1.2Mp camera, rather than the 5Mp camera found on the 6s. This difference might be a deal breaker for those who like taking selfies. Thankfully the SE has Retina Flash, useful for low-light selfies. 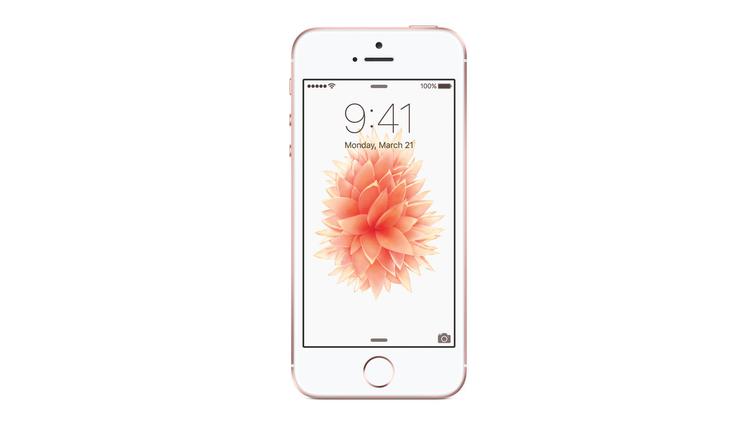 Power users will be pleased to know that Apple has decided to keep its powerful 64-bit A9 processor chip and M9 motion coprocessor in the iPhone SE, identical to what’s found inside the iPhone 6s. This principle also applies to the graphics and RAM, where both phones have identical chips and memory.

The weights of both phones are also different, with the SE being slightly lighter at 113g versus the iPhone 6s’ 143g.

Touch ID is used by every user we’ve ever come across on Macworld, and it comes to no surprise that Apple has re-utilised the design in their latest iPhone SE, but we are disappointed to not see the second-generation fingerprint sensor from the iPhone 6s used within the SE, as the newer generation model is twice as fast.

In terms of software, both phones run on the latest iOS (9.3 at the time of writing) and are identical. The main difference in terms of software is lack of 3D Touch support on the iPhone SE, which comes from a lack of compatible hardware. 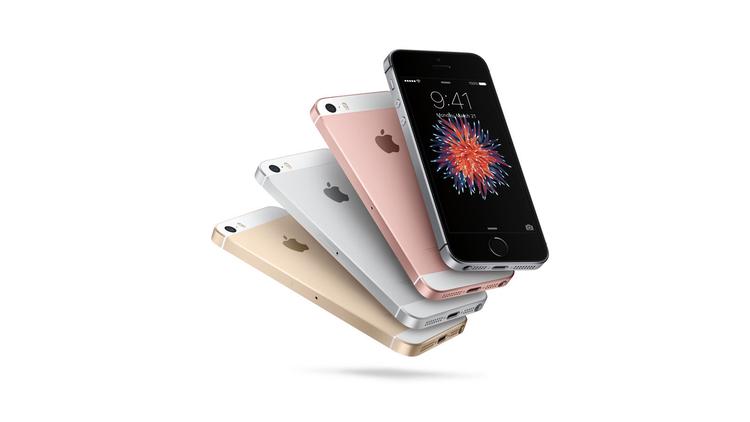 If you’re looking for other comparison review, similar to this one see our other head to head articles:

These articles will be useful if you’re looking to upgrade your older generation iPhone or if you’re simply curious to know the differences between the models. Also read:  iPhone 6s vs Samsung Galaxy S7.