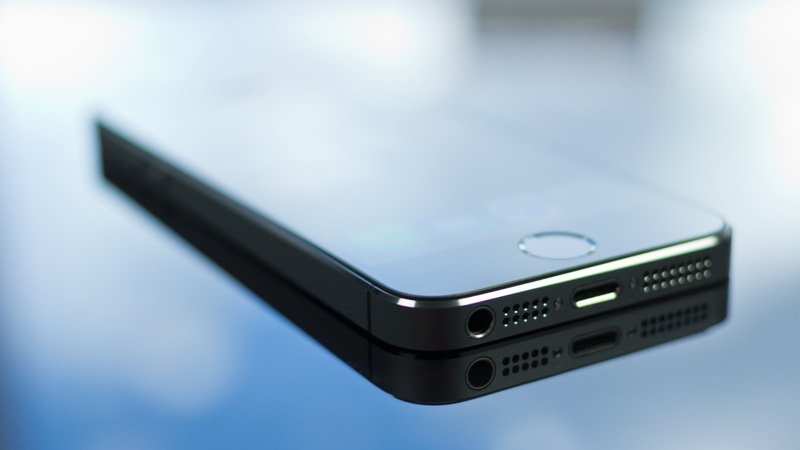 Both the iPhone 5s and iPhone SE are capable smartphones boasting the same design and 4in display that Apple fans love. Apple has officially discontinued the iPhone 5s, but there are plenty of places to buy it online – and for relatively cheap too. However, the smartphone is three years old now and will likely stop receiving iOS updates within the next couple of years while the iPhone SE will (we imagine) be supported for the foreseeable future. That, coupled with the upgraded internals of the iPhone SE make it our smartphone of choice – however when we’ve spent a bit more time with Apple’s latest smartphone, we’ll update this verdict so make sure you check back soon.

What’s the difference between the iPhone SE and iPhone 5s? Which is better?

Apple took to the stage at an event in March 2016 to showcase the latest additions to the iPhone and iPad lineup. While the 9.7in iPad Pro received a warm welcome at the press event, it was the 4in iPhone SE that received the most applause. Apple fans have wanted a new 4in iPhone for quite some time, with some even refusing to upgrade to a larger iPhone. However, due to its similarity in terms of design with the three-year-old iPhone 5s, people are wondering what the differences are. Here, we compare the differences between the iPhone SE and iPhone 5s design, features, spec and software. Read next: Everything we know so far about the iPhone SE

Just how similar are the two models? Amazingly, the iPhone SE and iPhone 5s have the exact same dimensions with both measuring in at 123.8×58.6×7.6mm – in fact, the only difference is weight and even that isn’t by much. The iPhone SE is a whopping 1g lighter than the iPhone 5s weighing in at 112g compared to 113g. We know, huge difference right?

Both smartphones are crafted from bead blasted aluminium for a satin-esque finish, providing something that’s extremely nice to hold in the hand. And of course, the 4in display of both the iPhone SE and iPhone 5s mean that they’re a lot easier to hold and use one-handed than their larger 4.7 and 5.5in counterparts.

Speaking of the 4in display, the exact same display is used across both models (which also explains why the front facing camera didn’t get an upgrade) boasting a resolution of 640×1130, equating to around 326ppi. It’s not the greatest resolution display ever and there are definitely higher resolution options available on the market, but for the sake of the comparison, neither has the upper hand in terms of display. 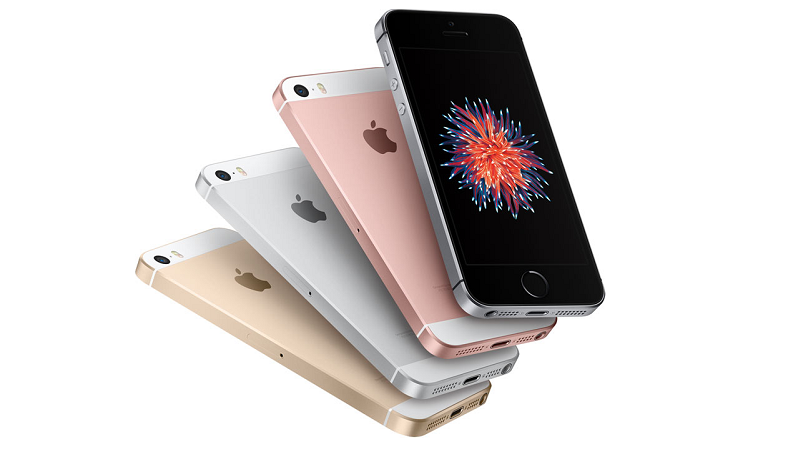 The only real difference in design between the two smartphones are the colours they’re available in. While the iPhone 5s can be found in either Space Grey, Silver or Gold, the iPhone SE has the same options plus one other – Rose Gold. Rose Gold was first introduced with the iPhone 6S and has since made its way to both the iPhone SE and the 9.7in iPad Pro, giving users one extra reason to opt for the newer model.

Read next: Best cases for iPhone 5s and iPhone SE

It’s only when you get down to the features and spec of the iPhone SE and iPhone 5s that you really start to notice the difference between these aesthetically similar smartphones. The most obvious change between the 2013 iPhone 5s and the 2016 iPhone SE is the processor – the iPhone 5s features Apple’s own A7 chipset coupled with a quad-core PowerVR G6430 GPU and 1GB of RAM. While that should be more than enough for a mid-range smartphone, the iPhone SE brings the processing power more in line with the iPhone 6s range.

The iPhone SE features Apple’s A9 chipset (the same found in the iPhone 6s) along with a six-core GT7600 GPU and double the amount of RAM, bringing it to 2GB. Apple claims that this boost in specs means that the iPhone SE provides users with two times the CPU performance and three times the GPU performance when compared to the iPhone 5s. 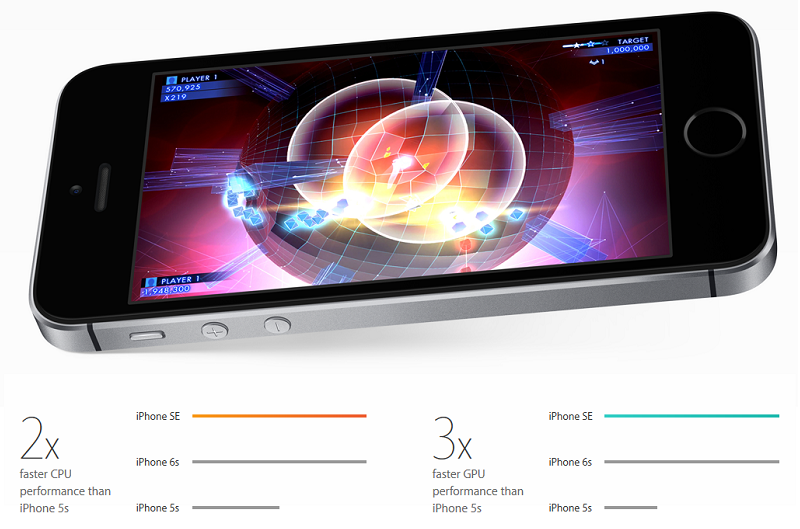 Another difference between the two smartphones is with regards to capacity – while the iPhone 5s is available in either 16, 32 or 64GB, the iPhone SE is available only in either 16 or 64GB. The 32GB model gave users that used more than 16GB of storage but less than 64GB (a huge jump) a third option – in fact, many argue that Apple should scrap the 16GB option in favour of the more useful 32GB variation, but that’s another story altogether.

The other noticeable difference between the iPhone SE and iPhone 5s is with regards to the camera. The iPhone 5s boasts a rear-facing 8Mp camera boasting f/2.2 and a 1/3in sensor coupled with 1.5µm pixels capable of recording 1080p video at 30 frames per second. While that should be fine for most casual users, the iPhone SE boasts an upgraded 12Mp rear-facing camera with f/2.2, slightly smaller 1.22µm pixels and better video recording capabilities (1080p at 30/60/120fps, 720p at 240fps or 4K at 30fps) – the same camera found on the iPhone 6s.

The front facing camera of both the iPhone SE and iPhone 5s is the same due to Apple using the same display panel across both devices as mentioned earlier. This means that both smartphones boast a fairly standard 1.2Mp front-facing camera capable of recording 720p HD video but not much else.

Both the iPhone SE and iPhone 5s are capable of running Apple’s latest operating system, iOS 9. Even though both smartphones run the same software, there are a couple of small differences between the two. The iPhone 5s supports many of the main features of iOS 9 including Night Shift mode, password-protected notes and Apple News, but the iPhone SE offers something more.

The iPhone SE can take ‘Live Photos’ – photos that, when activated, will play a little snippet of the moment before and after taking the photo (along with audio) in GIF form, which aims to transport you back to the moment you took the photo. It’s great for nostalgia, and up until now was a feature unique to the iPhone 6s and 6s Plus. It’s not the only iPhone 6s software feature that the iPhone SE has borrowed either, as the iPhone SE also supports always-on Siri. Always-on Siri enables the user to activate Siri without needing to hold the Home button, instead, they need only say “Hey Siri” and the virtual assistant will be activated.