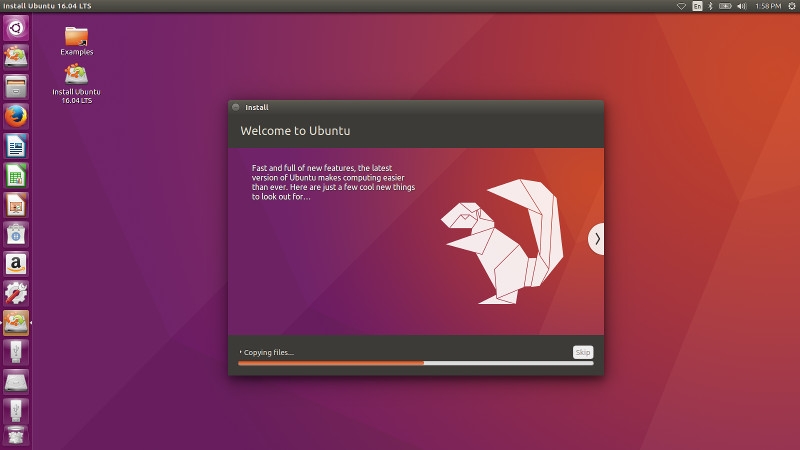 On the whole I rather enjoyed taking a break from OS X and wandering into the world of Linux. I’m not sure if I’d want to live here full-time, though. Ubuntu is a great operating system to use if you’re a developer, especially one working on a Linux system. And it’s good for learning to code. But there’s a lot of limitations, from the lack of big-name software like Adobe and Microsoft to missing consumer names like Netflix. Mind you, it’s incredibly fast on old computers and very stable. It’s good for getting stuff done.

This is an interesting question. Obviously OS X is a more fully rounded operating system (objectively speaking you’d be pushing it to say otherwise), and given Mac sales over recent years, coupled with increasing preference for OS X amongst niche (but important) groups like developers – not to mention the name of this website – you would be forgiven for thinking that Apple will walk this one.

But I’ve spent quite a bit of time with Linux lately, and have learned to love its particular charms. There’s a reason why Linux is so popular (in a behind-the-scenes, quietly running everything, important kind of way). Linux is no pushover, especially the latest version of Ubuntu, 16.04 LTS Xenial Xerus.

How to install & set up Linux on a Mac

Learn to code: How to set up and learn Python coding on a Mac

In case you aren’t aware of the nature of Linux, it isn’t a single operating system in the sense of OS X or Windows. Rather there’s a thing called the “Linux Kernel”, which is a Unix-like operating system. Apple has created its own Unix-based Kernel called “Darwin”, that sits underneath OS X.

While OS X is the only operating system based on Darwin, there are many different versions of Linux based on the Linux Kernel, and each acts as a fully featured operating system (with desktop interfaces, menus, apps and so on). 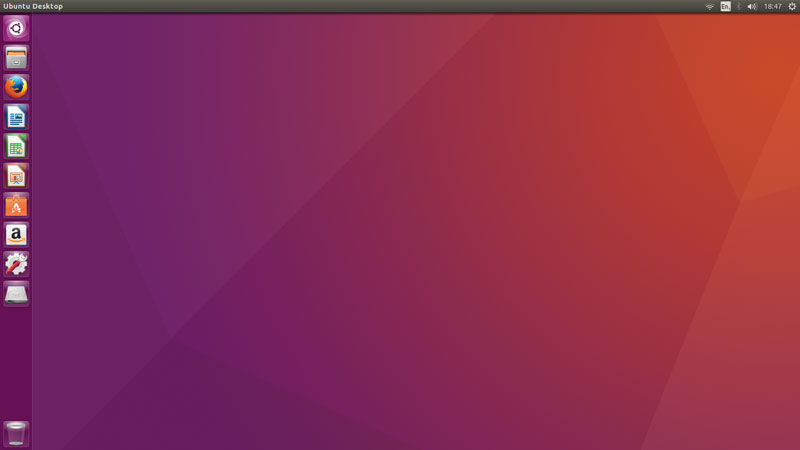 These different versions of Linux are known as “distributions” and Ubuntu is one of the biggest, although it’s worth knowing that a rival version of Linux known as Linux Mint that is popular amongst Linux enthusiasts.

But Ubuntu is the one most beginners start out with, as it’s the easiest to install. It also comes with an interface, known as Unity, that’s very OS X-like. So if you’re picking between OS X and a version of Linux, or a Mac fan looking to try out Linux, then Ubuntu is the one to get.

Ubuntu is completely free, both in terms of cost and in the sense of being open-source. OS X El Capitan is also free, but it’s locked to Apple computers so you can legitimately argue that its cost is rolled into the price of hardware. (Mac hardware, although high-quality, isn’t known for being budget-friendly.)

New versions of Ubuntu come out twice a year, but the big releases to look out for come out every two years and are marked as LTS (Long Term Support). These come with five years of support from Canonical, the company that makes Ubuntu, which makes it a more stable operating system. The LTS is designed to be compatible with new hardware and more tested.

The first thing you notice when you boot into Ubuntu is the interface, known as Unity. This shares a similar design ethos to Aqua (the official name for the Mac OS X interface).

On the left of the screen of Unity sits an item called The Launcher, which acts exactly the same as The Dock in OS X. There’s an app called Files, which acts like Finder.

Instead of having a complex hierarchy of programs tucked into menus and subfolders, there’s a powerful search system called Dash (Spotlight on a Mac) and Smart Scopes enable you to search for items in categories, both online and on your computer.

In fact, it’s so familiar it’s like using a version of OS X from a slightly parallel universe. The only difference is that Apple’s blue and grey theme is replaced with a black and orange style. The default desktop is a plain orange-brown colour, which is stylish but like Apple a range of natural wonder photographs can be used instead.

Most other features from OS X are matched, such as multiple desktops and managing windows in an Expose style (although the implementation is more akin to older versions of OS X).

There are a few ways where Ubuntu is ahead of Apple. We particualrly like the keyboard-based menu system. In any app you can press Alt and type in the name of the menu option you want, then pick it from a list. It’s faster than switching to the mouse or trackpad.

Ubuntu also has snapping, the feature where you can drag a window to the side of the screen to automatically resize it. We’re not sure why Apple hasn’t implemented the same feature (it’s standard in Windows).

One of the principal reasons people use Linux, instead of Windows or OS X, is because Linux is an open source operating system. Ubuntu is licensed under the GPL (General Public License) that enables users to see the source code, modify it, and redistribute it (as long as your new distribution remains GPL).

Ubuntu brings together thousands of computer programs, but each one has to be free, and the source code must be available.

According to The Ubuntu Story, “Linux was already established as an enterprise server platform in 2004, but free software was not a part of everyday life for most computer users. That’s why Mark Shuttleworth gathered a small team of developers from one of the most established Linux projects — Debian — and set out to create an easy-to-use Linux desktop: Ubuntu. The vision for Ubuntu is part social and part economic: free software, available to everybody on the same terms, and funded through a portfolio of services provided by Canonical.” 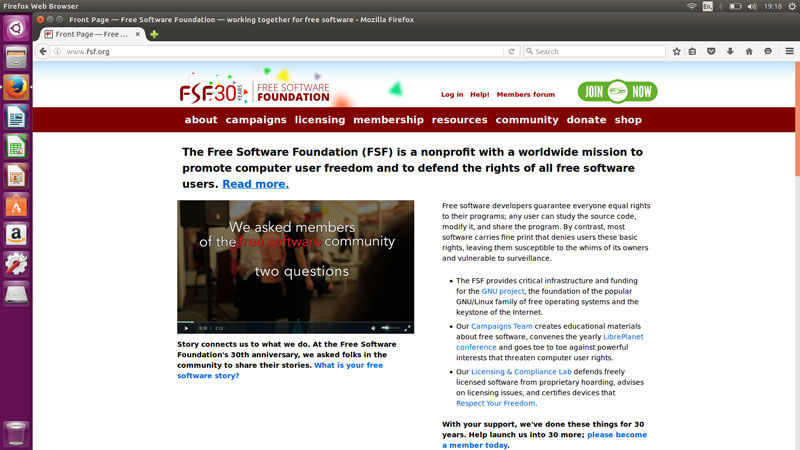 So why do you care about open-source software? Most software is free these days, iOS, OS X and Android are all free; Windows is free for many people.

There’s a big difference between a free operating system, and one that’s “free as in freedom (not free as in beer)”. The Free Software Foundation focuses on the ethics and morals of using software that is controlled and modified by the user.

Linus Torvalds, the creator of the Linux kernel, spoke to Ted about open source: “What I love about open source is that it really allows different people to work together. We don’t have to like each other. And sometimes, we really don’t like each other.” It’s not so much the ethical stance that appeals to Torvalds, but the effectiveness. Working in an open source environment is “just a superior way of working together and generating code.” 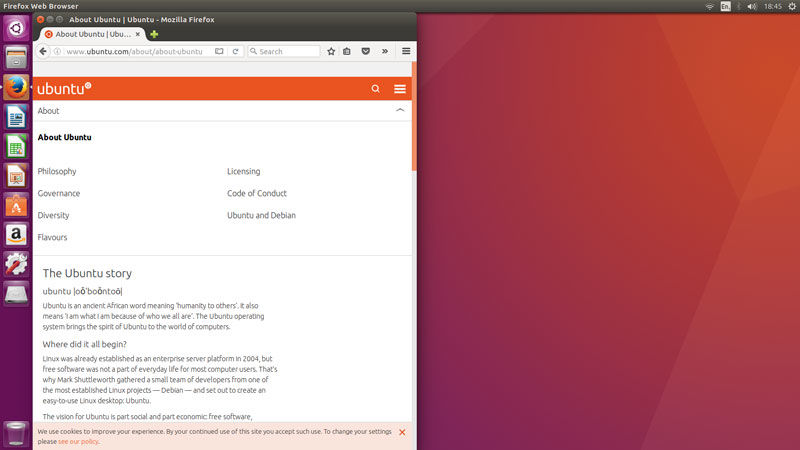 Both OS X and Ubuntu are secure systems that remain relatively free from viruses and other malware attacks. Depsite Apple remaining quiet on the subject, it included antivirus software inside OS X as part of Gatekeeper.

For its part, Canonical claims that you probably don’t need antivirus software. “Antivirus software does exist for Linux, but you probably don’t need to use it,” the company says. “Viruses that affect Linux are still very rare. Some argue that this is because Linux is not as widely used as other operating systems, so no one writes viruses for it. Others argue that Linux is intrinsically more secure, and security problems that viruses could make use of are fixed very quickly.”

If you want to install antivirus software then it’s available. Sophos Antivirus is a seemingly good choice, but we’d argue that you’re unlikely to ever really need it.

Both systems are stable from an application point of view, and we experience few software and system crashes on either platform.

What’s more likely, especially in Linux, is that you’ll mess something up during the installation of software or when generally maintaining your system. Like it or not (and chances are you won’t), learning to use the command line and Unix is an essential part of Linux, even on a beginner-friendly system like Ubuntu. It’s possible to use OS X for years without ever opening the Terminal app, while on Linux you’ll be lucky to go a few days.

How much you’ll get from Ubuntu and Linux depends much on how much you know about Unix, and the command line, and how much you’re willing to learn.

Both OS X and Ubuntu comes with a range of software installed. Apple produces everything from Safari to Mail and its Calendar apps, alongside powerful office software such as Pages, Keynote and Numbers. Sitting alongside are free creative apps, such as GarageBand and iMovie.

That’s before you get into the world of commercial software, such as Adobe Creative Suite and Microsoft Office. 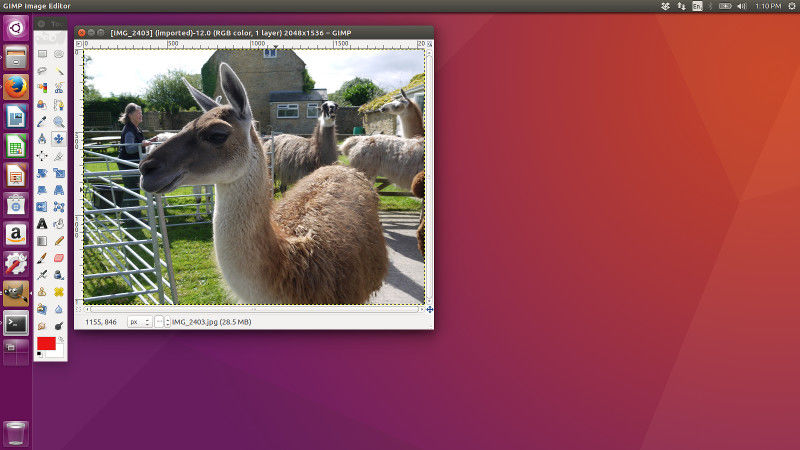 On Linux you get a good range of free software. Libreoffice stands in for Microsoft, and the Firefox web browser comes installed as free. There are programs such as Thunderbird Mail and Calendar, and GIMP (a free equivalent to Adobe Photoshop) is easily installed.

The range of software on Linux, especially commercial software, is extremely limited. But with so much of our work taking place online and in browsers this may no longer be a problem. I create many articles, including this one, in Google Docs (the Chrome web browser is available if you don’t like Firefox) and GIMP is just as good for basic image editing as Photoshop. I use Dropbox to save and share files, and it’s available on both machines.

The lack of wider creative software is a killer, though, and of course if you’re firmly locked into Apple’s iCloud ecosystem then you’ll find Linux limited. Its open-source nature throws up some odd curveballs too: Netflix doesn’t work, for instance (requiring Microsoft’s Silverlight, which isn’t available for Linux.) Flash and HTML-based sites like YouTube and BBC iPlayer are fine, though.

The lack of software does have its upside. Linux is great if all you want to do is get some work done, and Linux is fantastic for any kind of development (be it web development, coding or learning skills).