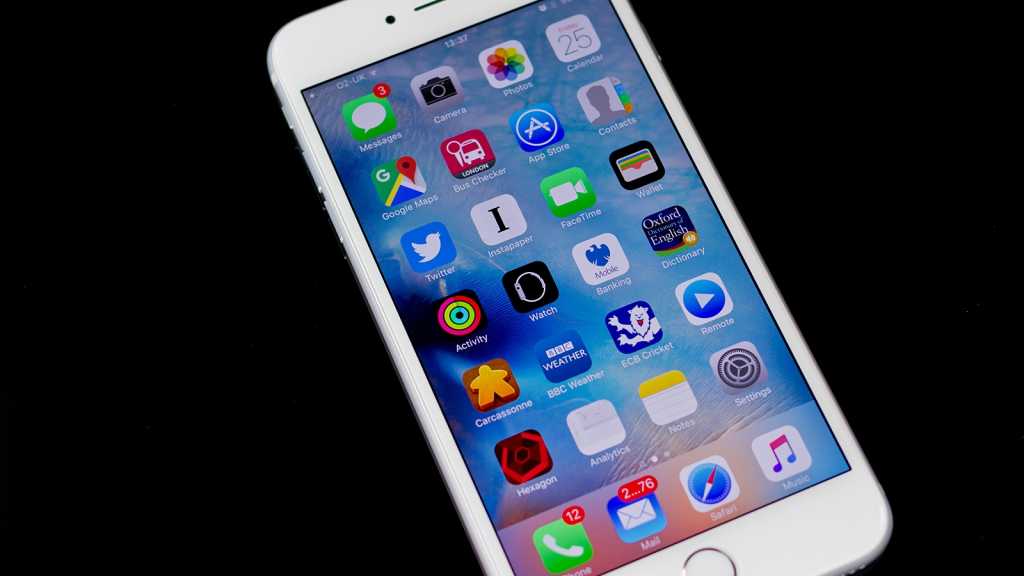 As mentioned above, this isn’t a totally fair comparison – the iPhone 6s Plus is very nearly a year old, while the Note 7 is so new that most stores aren’t even allowing pre-orders yet. So it probably shouldn’t be a surprise that the Note 7 is better-specced in nearly every area: its processor is much faster on paper, for example (although we’ll discover its real-world advantages once we get hold of review samples for lab testing), and the screen is a lot sharper. Apple is still ahead in a few departments, though. We continue to prefer the user experience (and security) of iOS, there’s no equivalent of 3D Touch or Live Photos on the Note 7, and Apple Pay is a selling point for many.Overall, though, it’s hard to escape the suspicion that the Note 7 is a better phone for the money. But it’s too early to say for sure. Bookmark this page and come back when the Note 7 hits the shelves; we’ll update the article with a definitive verdict once we’ve had some more hands-on time.

Which is the best phablet: Samsung’s new Galaxy Note 7, or Apple’s iPhone 6s Plus?

Apple’s iPhone 6s Plus is top dog for now, but its reign is coming to an end: the iPhone 7 launches next month, and next-gen rivals are coming thick and fast. Among them is the widely hyped Galaxy Note 7, a super-specced phablet from Samsung. In our Note 7 vs iPhone 6s Plus comparison article, we put the two smartphones head to head, comparing them for features, specs, price and more.

Read next: iPhone buying guide 2016. If you reach a decision, you can buy the iPhone 6s Plus here, and pre-order the Samsung Galaxy Note 7 here.

At this level of quality, design is more a question of personal aesthetic preferences than anything else: build quality will be exemplary in both cases. The best thing for us at this point may be to get out of the way and let you check out the photography. 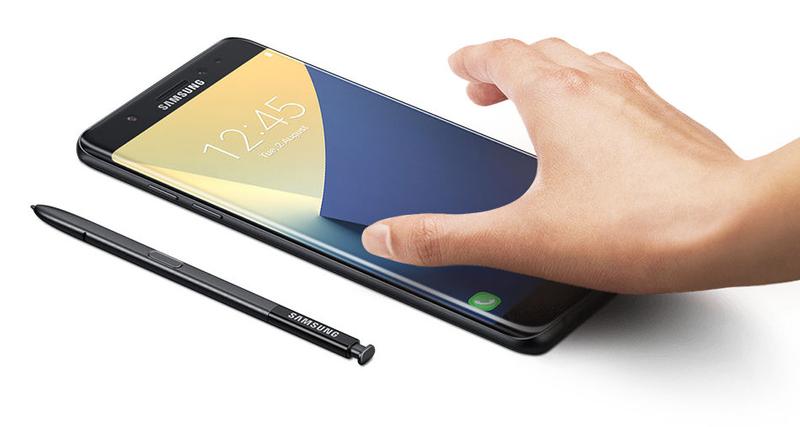 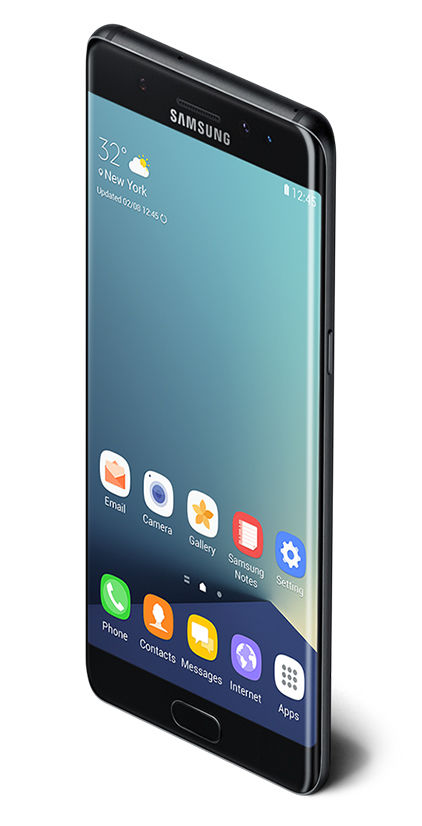 For what it’s worth, we’re starting to find the design of the 6s series (which is the same as the 6 generation before it, and therefore a design we’ve been looking at most days for nearly two years) a little tired, although the slim, smooth lines are undoubtedly elegant. We’re hoping for something a little different from the iPhone 7 series. 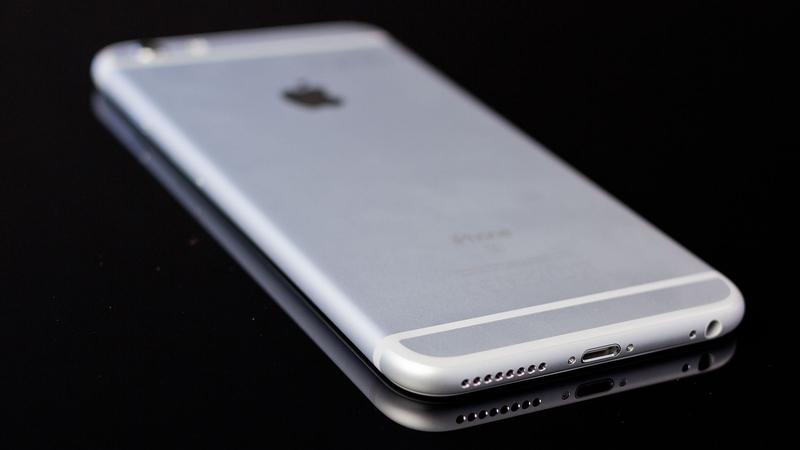 The 6s Plus is a little thinner, although you probably wouldn’t notice – 7.3mm to the Note 7’s 7.9mm. A more noticeable physical difference is that the Note is lighter: 169g, compared to the iPhone’s 192g. More on these kinds of details in our tech specs section later in the article.

Note 7 vs iPhone 6s Plus: Features

The two devices have a huge number of features, and for a detailed analysis of these it’s best to read our individual reviews. But here are some thoughts on the highlights:

The Note 7 has a fingerprint sensor, as is common these days (the iPhone 6s Plus has one too – and it’s the super-fast second-gen version of Touch ID), but takes biometric security to the next level with iris recognition. Pretty cool stuff, although we’d like to spend some time testing out its reliability and speed.

Apple’s 3D Touch tech – which makes the display responsive to variable degrees of touch pressure, allowing for interactive app icons, interface shortcuts and the like – has no equivalent on the Note 7. We like 3D Touch but at present it remains a nice gimmick rather than an essential interface element. In part this is because only one generation of iPhone has the tech, so app developers are reluctant to use it for essential features and exclude other users. Once the (presumably 3D Touch-capable) iPhone 7 appears it may become more widely integrated. 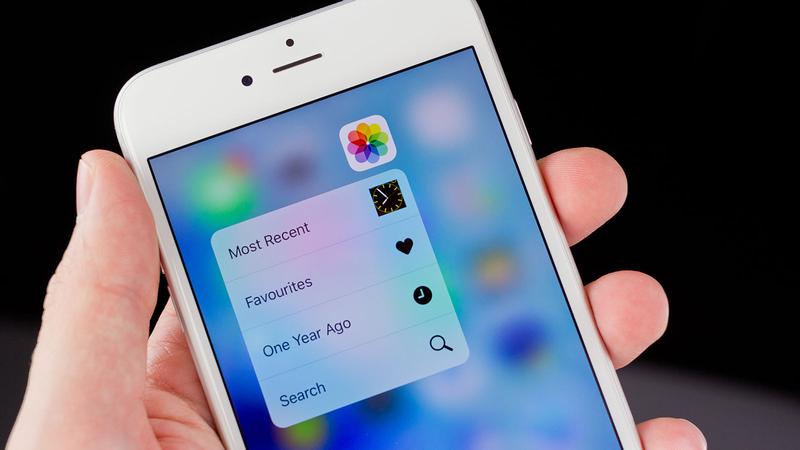 Likewise Live Photos, the cute feature introduced with the iPhone 6s that (if activated) records three seconds of low-res video before and after each still photo you take. It’s gimmicky, it’s fun, it occasionally captures a lovely and/or unexpectedly candid video but (on your reviewer’s phone at any rate) spends most of its time turned off. Samsung hasn’t announced any kind of similar feature on the Note 7.

If we can return to the screen, Samsung wins a point back by including an ‘always on’ display. Always on in a fairly minimal sense, but the (neat) idea is that you can get notifications and important updates without waking up your phone.

The iPhone 6s Plus has a feature called Retina Flash, which lights up the screen when you take a selfie in low light as a substitute for a hardware flash (neither device has a flash on its front-facing camera; both have hardware flashes on their rear-facing cameras). The Note 7 doesn’t have an equivalent feature, but there are third-party apps available that provide a similar function. We talk about this a bit more when we talk cameras in the specs section. 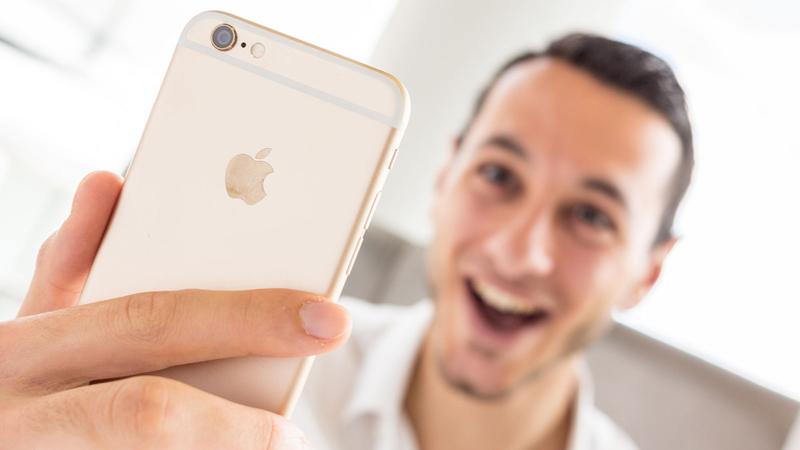 Fans of Apple Pay will obviously have to plump for the iPhone, but the Note 7 is equipped with NFC (and MST) and should be compatible with a range of mobile payment standards.

And if storage is a priority for you, it’s worth noting that the Note 7 supports microSD, giving you the option to bolster your original allocation with removable storage. iPhone buyers are stuck with what they buy in the first place, so think carefully about whether you need top whack: 128GB. (The 6s Plus is also available with 64GB – solid – or a pitiful 16GB.)

Last up, stylus fans will be pleased to hear that the Note 7 comes with an S Pen, which meets the same waterproofing standards as the rest of the device. You can read more about the S Pen here. The iPhone doesn’t come with a stylus (although you could pick up a third-party stylus), and isn’t compatible with the Apple Pencil. 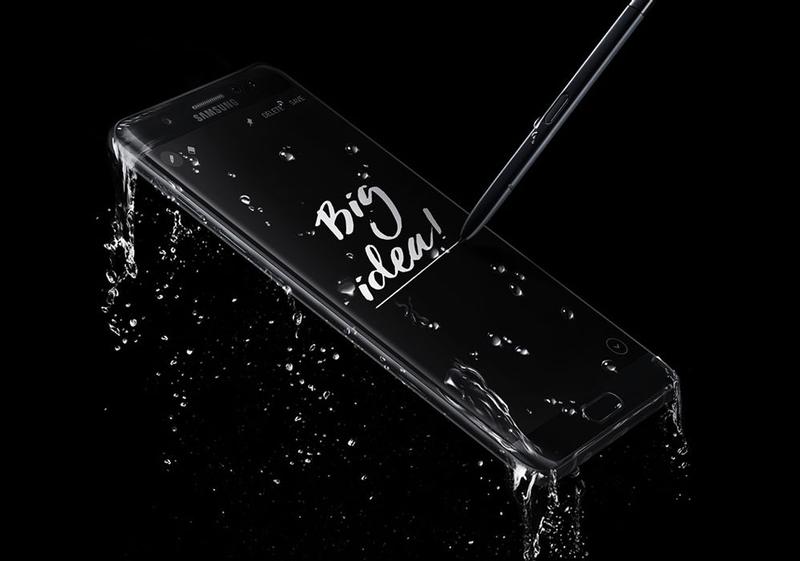 Note 7 vs iPhone 6s Plus: Software

The Note 7 is an Android phone, and comes with version 6.0.1 ‘Marshmallow’, the newest update. The iPhone 6s Plus is obviously based in iOS, and at time of writing will come with iOS 9.3.3. (When the iPhone 7 launches in September, there’s a good chance that the iPhone 6s Plus will continue to be sold by Apple, but its price will drop and the handsets will come with iOS 10 preinstalled.) 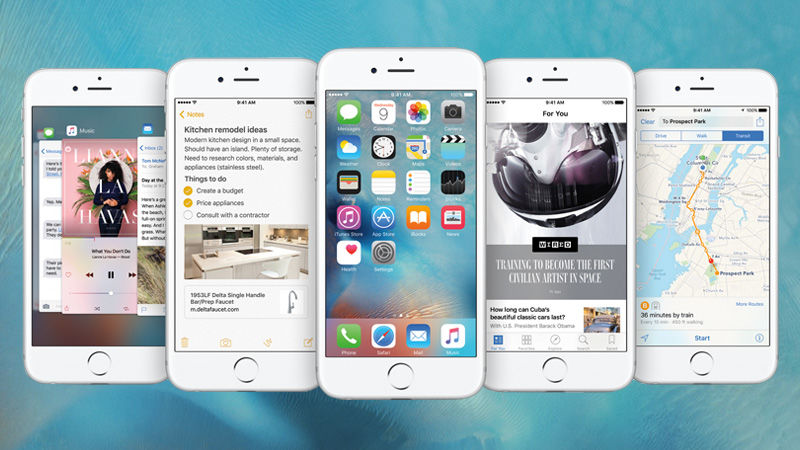 The choice of iOS or Android is a very personal one. Android has more apps, and more of those are free; but the highest-profile apps tend to come to iOS first, and fewer of its apps are riddled with adverts. Android allows for more customisation, but iOS offers a tighter and more consistent user experience, and is broadly more secure (although with careful, sensible user habits you should be fine with either). Ultimately, though, it’ll probably come down to what you’re used to.

The pros and cons of iOS and Android are discussed in more detail here: iOS vs Android. But bear in mind that this is an Apple-focused website, so that article is inevitably written from an Apple-tilted point of view.

The Note 7 is ahead on specs in several areas. That’s to be expected – the 6s Plus is a year older, and Apple’s devices are almost always behind in the spec-to-price battle, aiming to make it up in other areas – but there’s no denying that Samsung’s phone has a stunning spec.

The Note 7’s processor is considerably more powerful – a monster 64-bit octa-core (2.3GHz Quad + 1.6GHz Quad) chip, compared to the iPhone 6s Plus’s 1.85GHz dual-core 64-bit A9 – and comes with twice as much RAM. We’ll do rigorous speed testing when review samples of the Note 7 become available, but based on the specs we’d expect it to be a lot quicker.

Update, 23 August 2016: We haven’t got hold of Note 7 review samples yet, but early indications suggest that it’s actually slower at real-world tasks than the iPhone 6s handsets, and substantially so. The YouTubers at PhoneBuff have run a comparison, opening and loading 14 apps in turn on each handset across two ‘laps’ (the second lap is quicker because it tests the devices’ ability to keep apps running in background rather than opening them from cold) and finding that the iPhone 6s completed the whole set before the Note 7 had completed the first lap. Take a look:

This might seem strange, given the Note 7’s on-paper processing-speed superiority, but remember that you have to factor in the high degree of integration and optimisation between hardware and software that Apple is able to achieve because it makes both.

Finally, let’s talk cameras. Both the 6s Plus and Note 7 have 12-megapixel (Mp) rear-facing and 5Mp front-facing (selfie) cameras. But Samsung’s cameras have larger apertures, at f/1.7 compared to the iPhone’s ƒ/2.2. The Note 7’s cameras should perform better in low-light conditions. 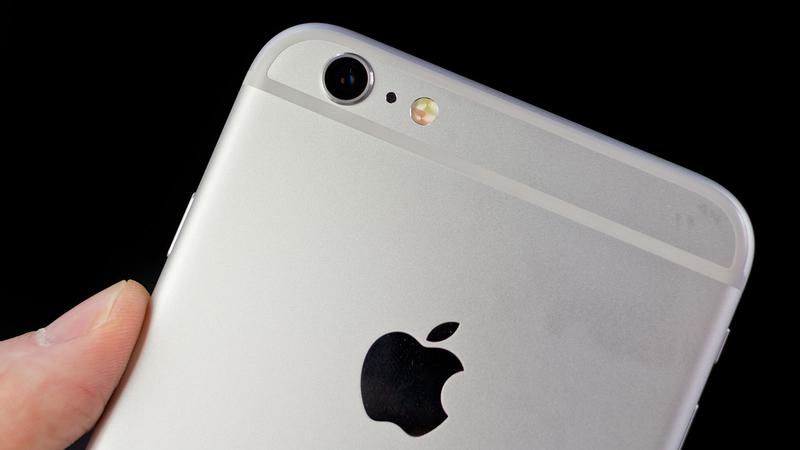 Set against that is a feature Apple calls ‘Retina Flash’: the iPhone’s screen can be induced to light brightly up when you take selfies in low light, as a sort of makeshift flash. (Neither the 6s Plus or the Note 7 have an actual hardware flash on the front, although both have flashes on the rear cameras.) Flash apps are available on Google Play, though, so Android fans who are envious of Retina Flash should be able to get something similar.

Note 7 vs iPhone 6s Plus: Price, release date and availability

It’s worth noting that these two devices are effectively a generation apart; the note 7 is brand new while the iPhone 6s Plus is very nearly a year old. Here are their UK pricing and release date details for the two phones.

The iPhone 6s Plus was released in September 2015, and is available in shops or online now. There are three pricing tiers:

The price of the Samsung Galaxy Note 7 hasn’t been confirmed yet, but we expect it to cost about £749 – partly because it’s already listed for pre-order at that price from MobileFun. We’ll update this article with official pricing once we have it.

The Note 7 will be widely available for pre-order from 16 August. Those who pre-order from certain retailers before 30 August will get a Samsung Gear VR headset thrown in. 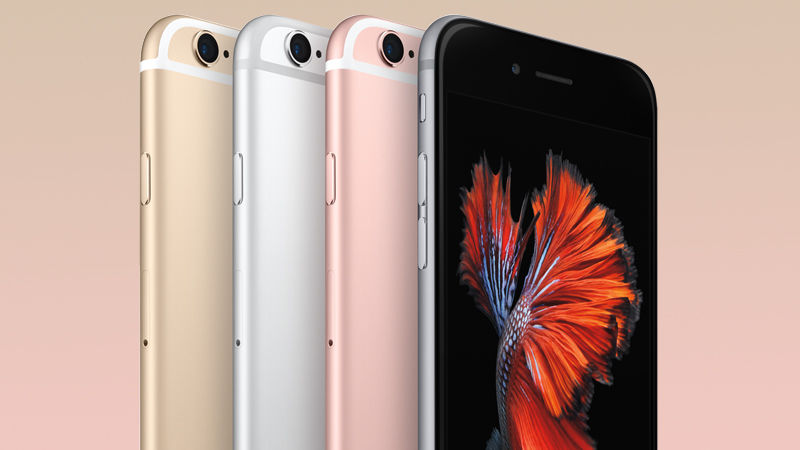 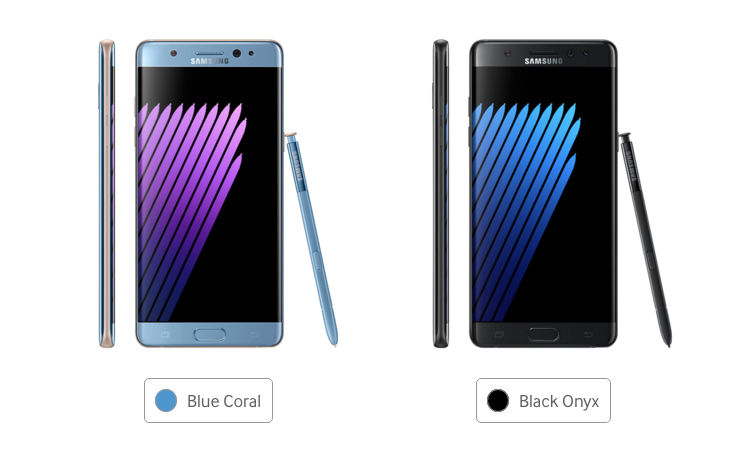 It’s still early days, but what are your first impressions? Is the Note 7 ready to knock Apple off its perch? Have your say in our latest poll.