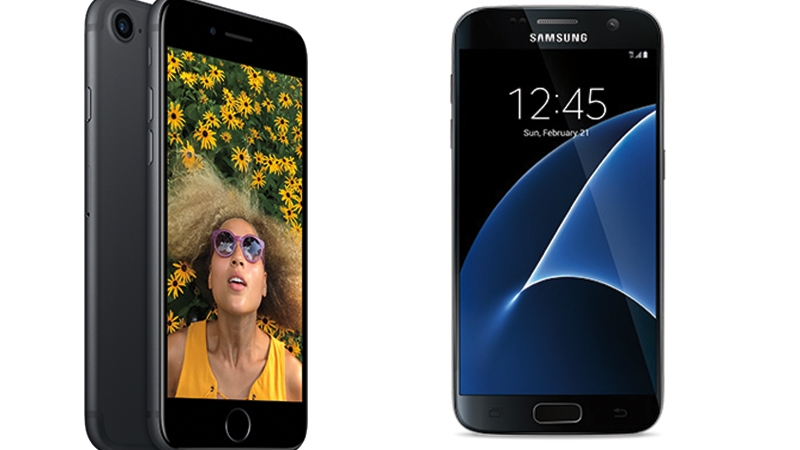 The Samsung Galaxy S7 offers faster internal components, at a slightly lower price. But the iPhone 7 is a better-looking and more interesting device thanks to its Force Touch home button and twin-speakers. The removal of the headphone jack is going to remain controversial. Ultimately, it falls down to software and we prefer the iOS operating system and its apps. Both devices are incredibly fast, and will work for many years to come, but we’d rather spend those years in iOS than Android. It’s close, though.

Which is the best new smartphone money can buy: Apple’s brand-new iPhone 7 or Samsung’s Galaxy S7?

Apple’s new iPhone 7 has been announced and we can now compare its feature set with that of its nemesis: the Samsung Galaxy S7.

Samsung has a five-month head start on Apple, having introduced its latest flagship the Galaxy S7 back in April. Apple has just had its iPhone launch, with its usual hype and controversy, and the new iPhone 7 features some radical design changes. 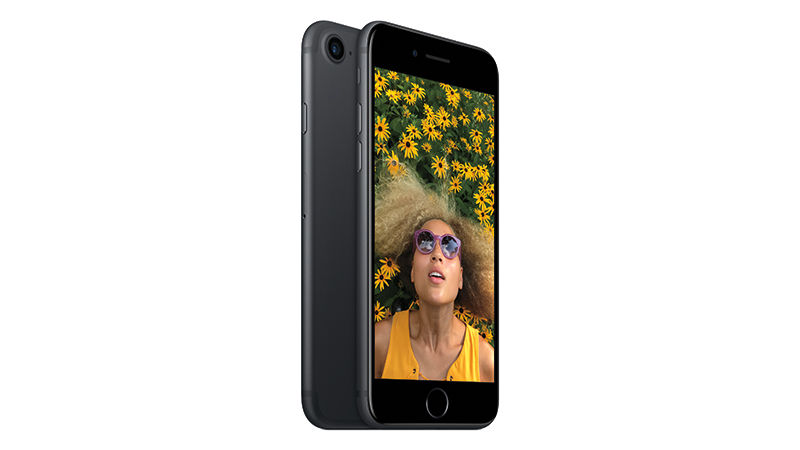 The two devices now look very different (Samsung’s designs seem to have departed a little from Apple’s since the firms’ lengthy court case). The Samsung S7 is a smart handset with a hefty feel.

The iPhone 7 looks very much like the iPhone 6 and 6s. There is no radical redesign, although the lines are slightly cleaner: Apple has integrated the antenna into the body of the device… and removed the headphone jack. (Lightning-based headphones are included with the iPhone 7, as is an adaptor which allows you to plug in your existing headphones.)

Both phones have a flush camera protruding from the rear; Samsung’s camera in the centre, Apple’s still tucked away on the top right. It’s a design decision that this review still dislikes, but clearly the market thinks differently.

Both phones are largely similar from the front. Both feature a large screen, and a single button at the bottom to interact with the home screen. On the left side of both devices are volume rockers, on the right sits a Sleep/Wake button.

The iPhone 7 still retains its volume mute button. Aside from the repositioning of the Sleep/Wake button from the top to the side, it’s the same layout as the original iPhone released nine years ago.

Beyond being a spiffy new use for the technology, it has practical benefits. The Home button is a moving part that sometimes fails on the iPhone after years of use. We expect a Force Touch button to be more reliable.

The Samsung S7 is a little larger, heavier and has a slightly bigger screen. Both have extremely powerful processors, although Samsung’s is admittedly more powerful. But Apple has shown remarkable ability to get performance out of its system. We’d expect them to be comparable in benchmark testing.

Both are powerhouses. Early tests show the iPhone 7 to be almost twice as fast as the (already snappy) iPhone 6s. Unless we’re missing something we don’t think you’ll ever worry about the speed of either device during its usable lifetime. 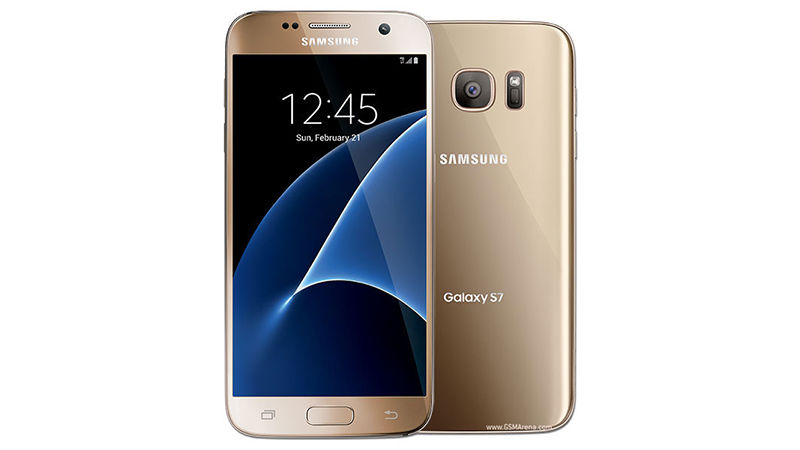 As mentioned previously – and we’re sure everybody and his dog is now aware of this – Apple has removed the 3.5mm audio jack from the iPhone. Instead of the normal headphone you now get a new Lightning digital headphone connection. Inside the box is a Lightning to 3.5mm adaptor, enabling you to connect a regular pair of headphones.

Apple is also introducing a new type of wireless headphones, called AirPods. They look like the current EarPods without the wires. These are an optional extra, and at £159 you might want to think twice.

We wouldn’t dream of taking either of them for a swim until testing had taken place. But both will survive an accidental drop down the toilet or a trip to the beach.

The Galaxy S7 manages to have a higher waterproof rating and retain a 3.5mm jack. It only has a single speaker, however, and we expect audio to be more impressive from the iPhone 7.

Both devices sit at the premium end. Although it’s worth knowing that Samsung does have a more expensive version, the Galaxy S7 Edge. It’s worth shopping around for slightly better deals, but roughly speaking, here is what you can expect to pay:

On the upside, at least the much-hated 16GB iPhone 6S entry-model is no longer.

The Galaxy S7 comes with a microSD card slot, enabling you to slot in a 256GB card. We’ve seen 128GB cards going on Amazon for £35 so you can make a real saving.

We’ve discussed this at length in the past. Suffice to say the iPhone runs iOS, and the Galaxy S7 runs Android.

We think iOS is better than Android in a myriad of small ways that make up a substantial difference. Apple’s App Store has a better range of software too.

Switching from Android to iOS (or vice versa) isn’t as difficult as it used to be. But it’s still a hassle and you should check whether the apps you regularly use are available on your destination before spending £600.

Why the iPhone & iOS beats Android

How to transfer contacts, music, photos & apps from Android