Generally speaking, when choosing between an iPhone and its Plus equivalent, you have to think about screen size, battery life (both of those favour the Plus), portability and price (both of those favour the non-Plus model). Plus there will generally be some kind of cool feature that’s only available on the Plus. The iPhone 7 Plus has a bigger, sharper screen than the iPhone 7 and will tend to last about an hour longer when browsing the internet or watching videos (that gap has shrunk since the last generation – the 6s Plus last between one and three hours longer than the 6s in these usage scenarios). The iPhone 7 weighs less (138g to the 7 Plus’s 188g) and fits into a pocket more easily, and costs £120 less at each storage tier. And then the iPhone 7 Plus gets the bonus feature of a twin-lens rear-facing camera, which enables 2x optical zoom and features such as post-shot refocusing. The twin-lens camera may be enough to tempt keen iPhoneographers, but we’d advice making the decision based on the size of phone that will fit best into your life, and on your budget. See if you can borrow a 4.7-inch and a 5.5-inch iPhone – the last two generations are pretty much the same size – and experiment to see how comfortable and convenient you find it to use. It hurts to say this – that twin-lens camera is mighty appealing – but our personal choice would be the 32GB iPhone 7: for once we feel able to recommend the bottom-tier storage option, and £599 can just about be described as affordable. But this really is a personal decision, and you should think carefully about your needs before taking the plunge.

The iPhone 7 and iPhone 7 Plus were announced at Apple’s press event on 7 September, and go onsale on 16 September – indeed, pre-orders are already open. (We’ve got advice about vendors from whom you can preorder and get a good deal on the new handsets.) A lot of people, both hardcore Apple fans and casual smartphone buyers, are going to buy one of these new phones. But the question is, which one?

Read next: Best iPhone buying guide 2016 | Buy or preorder iPhone 7 and 7 Plus from Apple

The iPhone 7 handsets have largely the same design as their predecessors, the iPhone 6s and 6s Plus, with a few minor changes – the antenna has been removed from the exterior of the devices, producing a design with cleaner lines – and one huge one: the 3.5mm headphone jack has been removed.

The latter isn’t as world-ending as you might think based on the online reaction, though, because you can still connect headphones over Lightning (and the EarPods that are bundled with the iPhone 7 and 7 Plus are Lightning-based) or wirelessly, and the iPhone 7 handsets both come with an adaptor that lets you connect an older set of headphones. 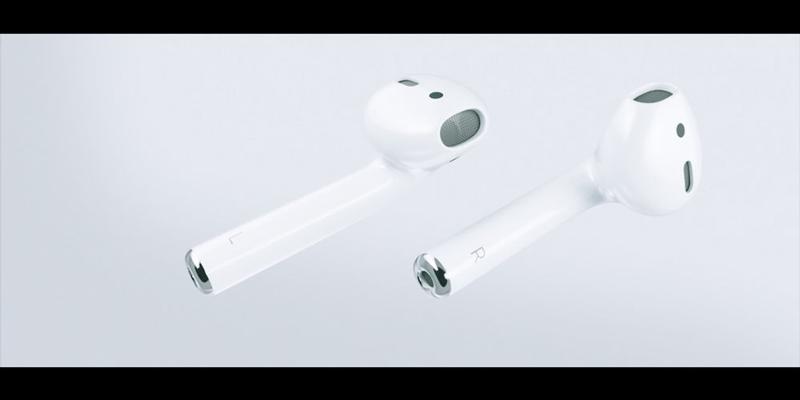 iPhone 7 vs iPhone 7 Plus comparison: Screen

The iPhone 7 Plus has a bigger screen (5.5 inches, measured diagonally) than the iPhone 7 (4.7 inches), and that alone could be enough to sell you on the more expensive device. You get 88 percent more viewing area with the Plus, which is obviously better for playing games and watching videos, and helps when attempting work tasks on your phone.

7 Plus’s screen is sharper, too. It has a resolution of 1920 x 1080 pixels and a pixel density of 401 pixels per inch (ppi). The 7 is a more meagre 1334 x 750 and 326ppi. That’s still pretty sharp (Apple used to claim, with some backing from the world of optic medicine, that the human eye wouldn’t be able to distinguish pixels spaced more densely than 326ppi at typical phone-holding distance), but most users reckon they can tell fairly easily. Maybe it’s just a placebo effect, but we’d suggest trying it out for yourself: comparing a 6s with a 6s Plus would give the same comparison (they’re 326ppi and 401ppi respectively), as would a 6 and a 6 Plus (ditto).

There are some changes from the screens of the 6s generation: the 7 and 7 Plus have displays that are 25 percent brighter, and are supposed to handle colour better. But we’d like more time with the products before giving our verdict on those developments.

iPhone 7 vs iPhone 7 Plus comparison: Camera(s)

The iPhone 7 and 7 Plus both have excellent-quality rear-facing cameras (and, by the standards of selfie cameras, very decent front-facing ones too – both are 7 megapixels, up from 5Mp on the 6s and 6s Plus), but the 7 Plus gets the glamour upgrade: a twin-lens setup at the back.

One of these lenses is the same 12Mp, f/1.8 model that you get on the 7; the other is a telephoto lens, which means you can use optical zoom up to 2x by switching between the two lenses, and digital zoom its bumped up from 5x to 10x. It also enables features such as post-shot refocusing, and we imagine that Apple’s army of app developers will come up with lots of exciting ways of harnessing the new tech. 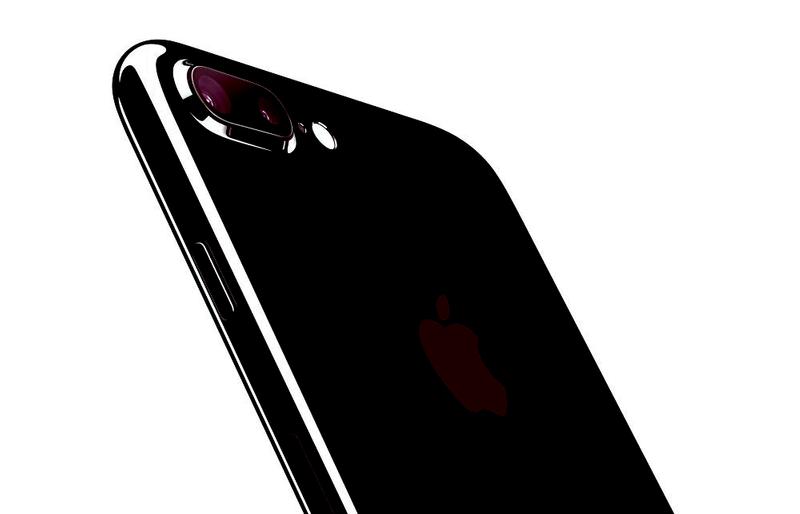 Here are the camera specs of the two handsets:

One of the advantages of plumping for the larger handset of a given iPhone generation is that it will have a bigger battery – so much bigger, indeed, that it will be able to handle the greater power demands of that 5.5-inch screen and still last longer between charges.

We haven’t yet tested out the battery lives of the iPhone 7 and 7 Plus so can’t vouch for Apple’s numbers. But here are the quoted battery figures for the two phones:

Note that in the key areas these are higher figures than Apple quoted for the iPhone 6s and 6s Plus: the company reckons that, ion average, a user will get one hour more of usage between charges with the iPhone 7 Plus than with the 6s Plus, and two more hours with the 7 than with the 6s.

Read next: How to improve iPhone battery life

The UK Tech Weekly Podcast team discuss the iPhone 7 and 7 Plus in episode 31, embedded below.

The UK Tech Weekly Podcast comes out every Friday. Follow the podcast on Twitter for announcements of new episodes.

A major component of your decision when choosing between an iPhone and its Plus-branded equivalent is going to be portability. The 7 Plus and its bigger battery and bigger screen is just plain bigger overall, and consequently less convenient to pop in a pocket.

The iPhone 7 Plus is 36 percent heavier than the 7, 14 percent longer and 16 percent wider. And just a smidgen thicker.

Here are the vital statistics of the two handsets:

(These figures are almost identical to those for the iPhone 6s and 6s Plus, for what it’s worth; the older handsets are a shade heavier, at 143g and 192g respectively.) 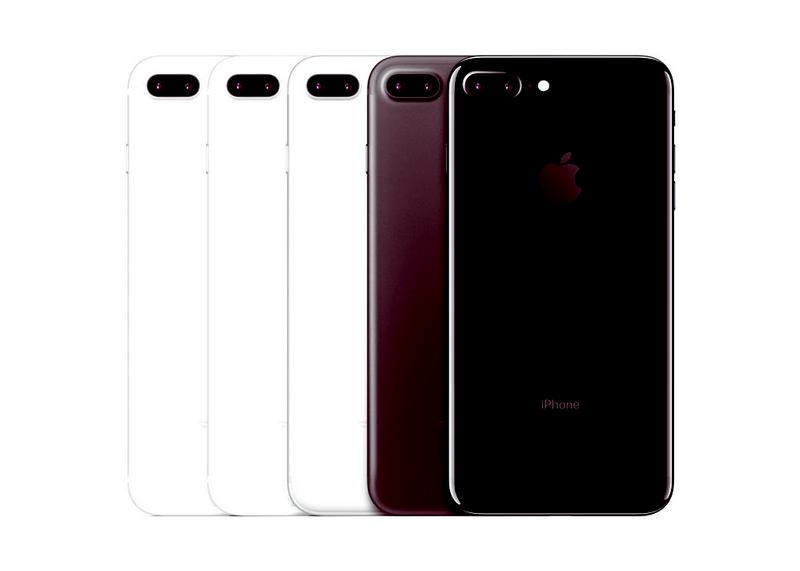 iPhone 7 vs iPhone 7 Plus comparison: Price

The new iPhone 7-generation handsets are eye-wateringly expensive, particularly if you go for the upper storage tiers. The iPhone 7 starts at £599, while the iPhone 7 Plus starts at £719 and tops out at £919 – the most expensive iPhone yet. Here’s the full price list:

A couple of other things are worth noting. First, while Apple did announce its usual strategy of charging for its new phones the same prices it charged for the last generation when they went on sale for US consumers, things haven’t quite worked out that way in the UK. The iPhone 6s used to start at £539 (since the iPhone 7 it’s had a further price cut to £499), so there’s effectively been a bump of £60 or more on each handset in the UK as a result of currency fluctuations, the weak pound, Brexit and so on.

But secondly – and this offers some compensation for the first one – the storage tiers have all been doubled. For the last generation the storage allocations were 16GB, 64GB and 128GB; now it’s 32GB, 128GB and 256GB.

This is particularly significant because we felt unable to recommend the 16GB model of the iPhone 6s – skimping on storage in this way made space too much of an issue for most of us, and deleting photos and apps a daily chore – and our advice was to jump up to the £619 64GB model. But the base £599 model of the iPhone 7, with its 32GB, ought to be enough for reasonably careful consumers. In a sense, it could be argued that the realistic entry point of the top generation of iPhone has fallen a little in price.

One final, final point – there are five colour finishes to choose from (silver, gold, Rose Gold, black (which is new, and matt) and Jet Black (also new, and very glossy). But Jet Black is only available for the 128GB and 256GB models. This applies to the 7 and the 7 Plus.

If you’d like to know where to get the best deal on an iPhone 7 or iPhone 7 Plus in the UK, whether you’re pre-ordering or buying, read Best cheap iPhone 7 and iPhone 7 deals UK.