The original Apple Watch has been discontinued, with availability for the 2015 model only available through other retailers, such as eBay where prices fluctuate depending on the band and model.

At Apple’s 7 September event, the Series 2 was announced and the Series 1 replaces the base model of the original watch  starting at £269 (equivalent price of the 2015 model); the Series 1 comes with a dual-core S1P processor.

The all new Apple Watch Series 2 starts from £369 and goes up in price depending on the band or material chosen. The most expensive model, the Apple Watch Edition starts at £1,249 and replaces the 2015 gold version of the Apple Watch.

It should also be mentioned that Apple now has a partnership with Nike, making all the sport-focused watches called the Apple Watch Nike+, while the luxurious fashion brand Hermès maintains its relationship with Apple to offer the Apple Watch Hermès. Both the Nike+ and Hermès variants have also been upgraded to the Series 2 model, where the Nike+ shares the same £369 base price as the Series 2 watch.  Click here to visit the Apple Watch Series 2 pre-order page and choose your model.

The new watches will be available on 16 September and are already available for pre-order.

Looking at the prices, the original 2015 watch is clearly the cheapest, but you’ll have to buy it used or wait a few months before finding it on Apple’s Refurbished store. The prices really fluctuate, but can be found for under £200 for a used model – remember the strap and material type will determine its price (even when used!).

The Series 2 is the all bells and whistles smartwatch that is understandably the most expensive out of the three and we’ll explain why in this comparison.

Apple Watch vs Apple Watch 2: What are the new features and specifications? 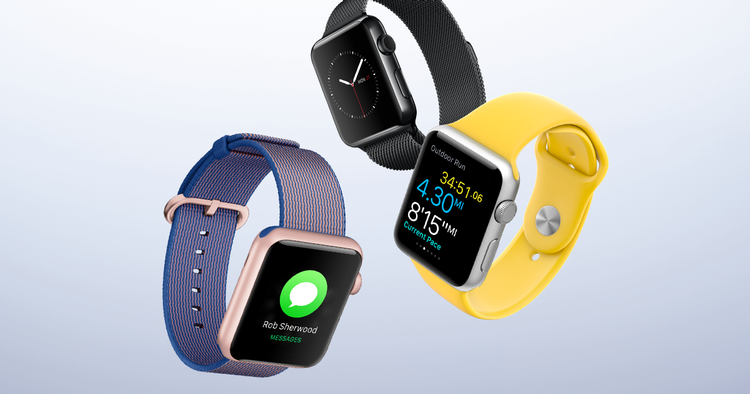 Here are the specs of the original Apple Watch (the Series 1 is identical to the below, but has a S1P dual-core processor and the new colour options – excluding Ceramic):

Looking at the specifications above, the Series 2 has the upper hand in terms of features, however they might not be for everyone. Let’s break down the new features.

The biggest selling point for the Series 2 is its waterproof design. It can be taken into a swimming pool, be submerged up to 50m and still work. It should be noted that the Series 2 still features a speaker, but Apple has designed a mechanism that pushes out water from the speaker – a nifty little feature.

If you’re looking for a waterproof Apple Watch, the Series 2 is your only valid option. The original and Series 1 watches are water resistant, but that only gives them splash protection (such as rain). On the other hand, if you don’t intend to go on swims or submerge your Apple Watch, you can give the Series 2 a miss.

Another standout feature is GPS, and this is only present in the new Series 2 watch. GPS is essential if you’re looking for a watch that can be accurate in your workouts, where it will provide much more accurate data and allow you to track your progress.

If you’re a fitness lover and want more accurate data for your Apple Watch, or looking to get into fitness and purchase a smartwatch – having GPS functionalities is highly recommended.

If however you don’t plan to do exercise with your Apple Watch, GPS won’t be missed. Also see: Best smartwatches, bands and trackers for wheelchair fitness tracking.

The Series 2 features double the nits (measured brightness) over the original and Series 1 watch. If you’re a current 2015 Apple Watch owner and find the screen not bright enough for your needs, the new Series 2 watch addresses this. We didn’t find the original Apple Watch to be particularly dull, so this added bonus for Series 2 owners will be welcome.

As interactions with your watch won’t be as frequent as they are with your phone, we don’t feel the display brightness will persuade many to upgrade or exclusively select the Series 2 over the Series 1 or original 2015 watch.

Both Series 2 and Series 1 have a dual-core processor. They are deemed to be equivalent, but one is labelled the S2 and the other S1P. From our knowledge, both processors are the same in terms of speed and functionality, but the S2, found in the Series 2 model supports GPS.

It should also be noted that both processors offer a better in-built graphics card (GPU), which allows images to be rendered much faster on your Apple Watch.

The new processors offer 50 percent faster speeds over the original S1, single-core processor found in the 2015 Apple Watch. However, don’t be quick to pounce on the new processor, as watchOS 3 also brings healthy additions to speed and responsiveness. If sluggish speeds are frustrating you on your current 2015 Apple Watch, upgrade to watchOS 3 when possible and make a decision to then upgrade. Also see: What is Breathe for Apple Watch? 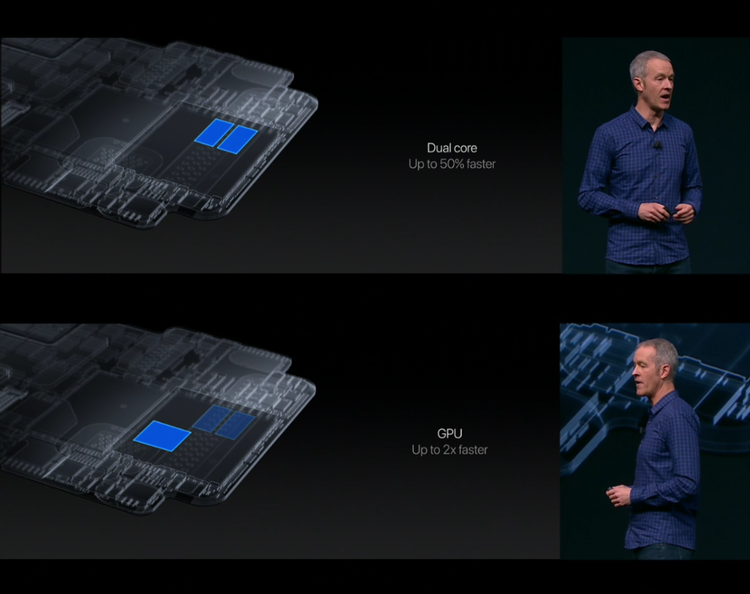 You currently own a 2015 Apple Watch

We hope our comparison has given you a good guideline – let us know in the comments below your thoughts and purchasing decisions (if you made one!). Read next: Best Apple Watch deals.