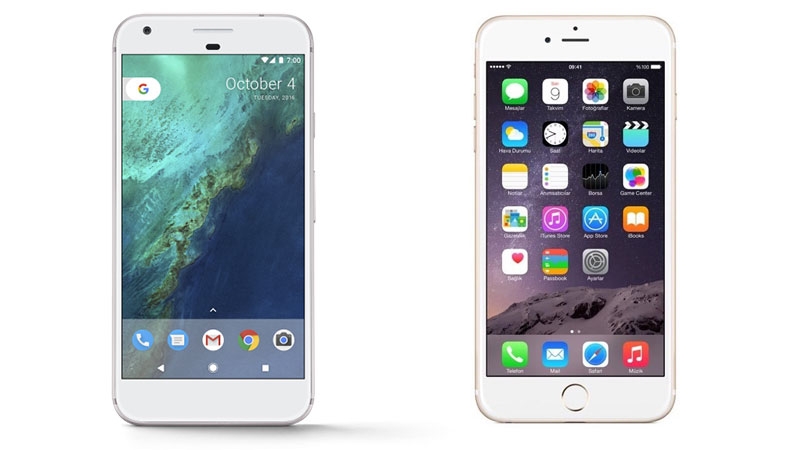 This is the closest anybody has come to producing an iPhone. Not just in terms of design, but also features and price. It’s very hard to distinguish between them. Bear in mind you’ll have to pay for any apps again if you move from Apple to Google, and offset the free cloud storage with Google Pixel against any monthly iCloud plan. Gamers will appreciate the early VR approach in Google Pixel, but we think it’s a stop-gap till a better VR option comes out. Daydream is still a bit of a gimmick. The iPhone is slicker, and we’d take the waterproofing of the phone over new features like Google Assitant and Chat Support. Not bad though Google. Not bad at all.

Which is the best smartphone: iPhone 7 or Google Pixel?

It’s certainly an interesting time to buy a smartphone. But which one? Should you buy the iPhone 7 or the new Google Pixel smartphone?

Apple’s iPhone 7 remains somewhat controversial thanks to the “missing” headphone jack. Meanwhile, Google has seriously stepped up to the plate and ditched the third-party branding.

Pixel isn’t a Samsung or Motorola, it’s branded through and through as Google. Or is it? Actually it turns out it’s an HTC. But Google is owning this one in a way it’s never done before. The Pixel truly is a Google phone.

So the game is afoot. Which smartphone is the one to buy?

iPhone 7 Plus vs Galaxy Note 7 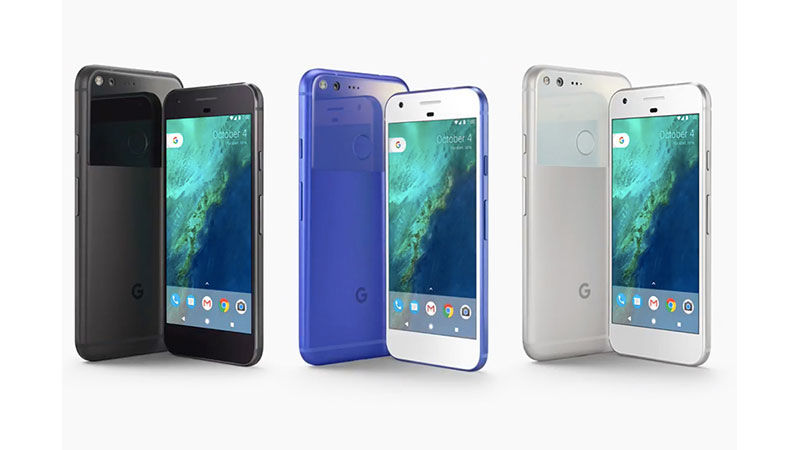 Many pundits expected a quiet update for the iPhone 7. The phone Apple released was anything but. Here are the notable new features and aspects of the iPhone 7:

Google certainly has a more eclectic mix of features. Although we think the waterproofing of the iPhone wins on the practical front.

Both seem fairly well matched in terms of photography, although more detailed testing will help.

The free storage is a good kick from Google, but the built-in chat support is more clever. If it works then Google could get a lot of happy customers.

Daydream is a curveball. VR isn’t for everybody, but it’s interesting enough to give Google the edge. We keep hearing that Apple is rolling out a big update next year. 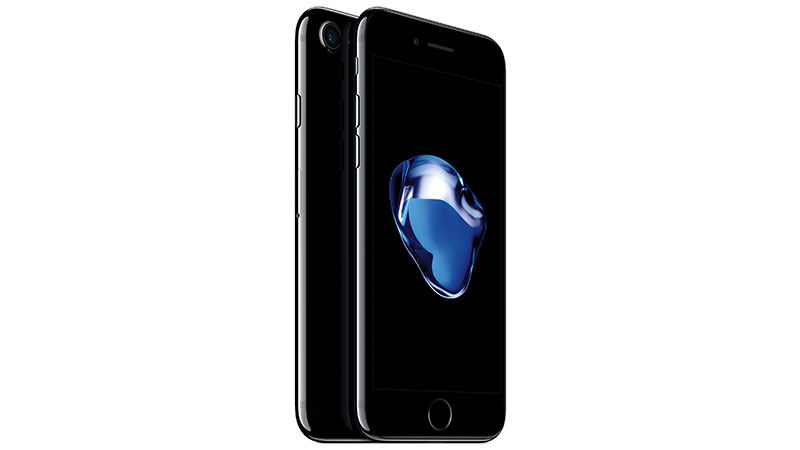 Blimy! That Google Pixel looks a lot like an iPhone, doesn’t it? At least from the front. Squint to tell the difference.

On the rear things are a bit clearer. Google Pixel puts its fingerprint sensor in the middle of the back of the device.

They are also available in a different range of colours:

Taste is a subjective thing, but we think the iPhone looks just a little sleeker. Especially from the rear. Both are lookers, though. 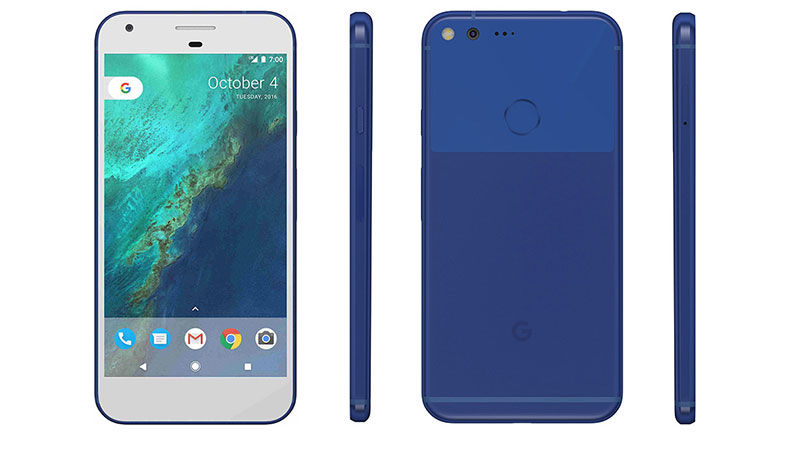 In what has become a familiar refrain, the Android phone has better specs and a bigger battery. Apple has more efficient software so gets away with lower specs and a smaller battery. The iPhone 7 is a screamer in tests. We await Pixel testing but the point seems pretty moot to us with current levels of software. Both vastly outperform the apps you run on them.

Price-wise, there’s nothing to separate these two, although the iPhone does offer an extra storage option at the top end for those with particularly deep pockets.