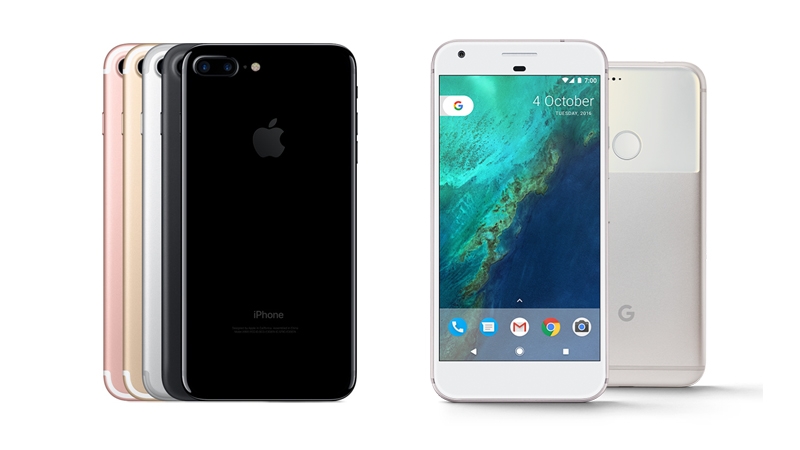 Maybe it’s trying to make a point about being just as ‘premium’, but we think Google missed a trick by pitching the Pixel handsets at exactly the same (very high) price as their iPhone 7 equivalents. If you’re going to charge this much money for a smartphone you need a huge amount of brand loyalty and trust, and we’re not convinced that this is something Google can draw upon, considering that by its own marketing this is the first smartphone it’s made.But there’s plenty of good and interesting stuff in the Pixel XL: its camera looks fantastic and the cloud-based storage offering is very appealing. And as usual with Android phones, the screen resolution knocks the iPhone into a cocked hat.The Pixel water-resistance ratings are a joke, unfortunately, and we still prefer iOS to Android – even to the more software/hardware optimised version you’ll get here. But a lot of that comes down to familiarity.Not bad for a first effort, though, Google, and we look forward to the Pixel XL 2 with great interest.

Which is the best phablet smartphone: iPhone 7 Plus, or Google Pixel XL?

Google said its press conference on 4 October was going to be its biggest announcement since Android, and while that was a touch hyperbolic, the unveiling of the firm’s own Pixel and Pixel XL smartphones was still a pretty big deal.

Up until now, Apple has had the unique selling point among smartphone makers of being the only company that makes both the hardware (the iPhone) and the operating system software (iOS): this means that iOS is perfectly integrated with every aspect of the iPhone’s operation and highly optimised for performance, battery life and so on. (You may be scoffing and thinking that the iPhone doesn’t have very good battery life. But it has much better battery life than you would ordinarily expect based on its battery specs, thanks to hardware/software optimisation.)

But it looks like that will no longer be the case once the Pixel and Pixel XL hit UK stores. Google makes the Android operating system and will (sort of) make the Pixel: in fact, it’s been revealed that HTC makes the phone, but Google is more involved in its design and manufacture than with any previous handset. And this could have far-reaching implications for the user experience of Android fans – and potentially bad news for those running Samsung and other third-party Android phones, who will presumably be getting a second-hand, lesser-optimised experience.

Regardless of these questions, the Pixel and Pixel XL are the big news in the smartphone space right now. We decided to put together a detailed comparison of the Pixel XL and the iPhone 7 Plus, which it is quite clearly intended to rival. We compare the two devices’ features, design, tech specs and value for money.

There are a lot of similarities in this department – indeed, Apple may feel that Google’s design for the Pixel XL amounts to flattery. As usual when it comes to aesthetics, it may be best for us to simply show some press shots and let you make up your own mind. 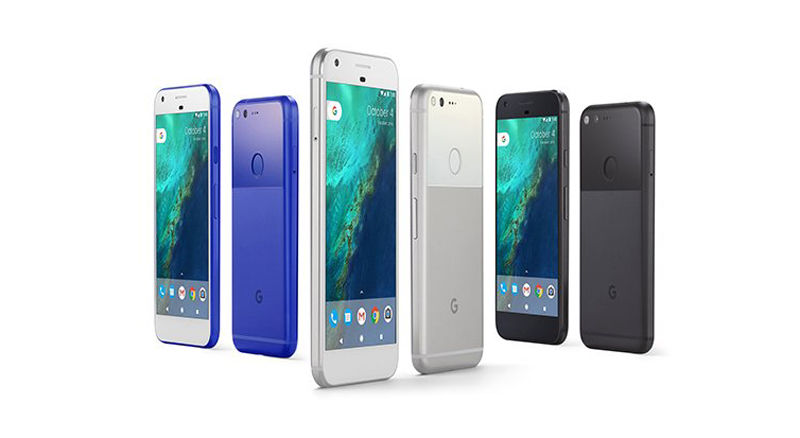 The rather lovely Google Pixel line-up… 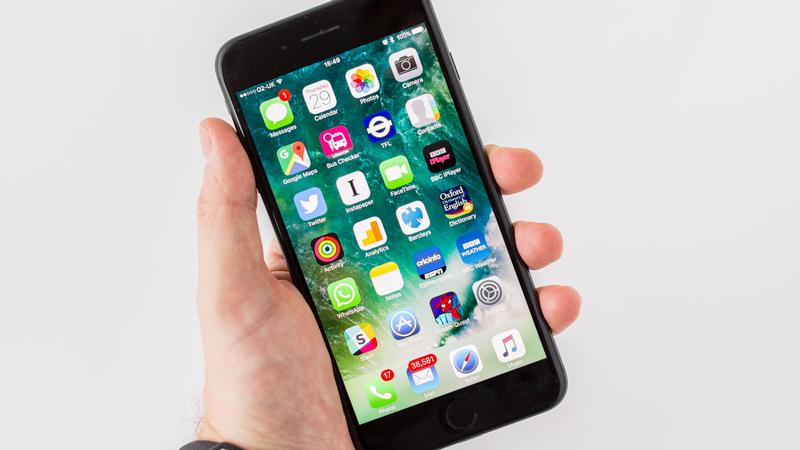 …and the similarly lovely iPhone 7 Plus

But beyond pure looks, there are some differences in the physical design that are worth mentioning.

There’s no getting round it. The Pixel XL is not waterproof or water-resistant to anything like the standards of current flagship smartphones. And Google has picked a bad time to do that: less than a month after Apple launched its first IP67-rated water-resistant phones.

An IP rating has two digits; the first digit, which goes up to a maximum of 6, indicates protection from solids (principally dust), while the second, which generally goes up to 8 (although a rare 9 rating does exist, indicating protection against high-pressure water), covers liquid protection.

This isn’t a good area for the Pixel XL, which is sub-par by current liquid-protection standards at this price. More on the IP rating system here.

Read next: How to rescue & dry out a wet iPhone

Google cheekily pointed out that the Pixel smartphones have 3.5mm headphone jacks – a standard part of most smartphones’ spec list but one that’s missing, very controversially, from the iPhone 7 and 7 Plus. 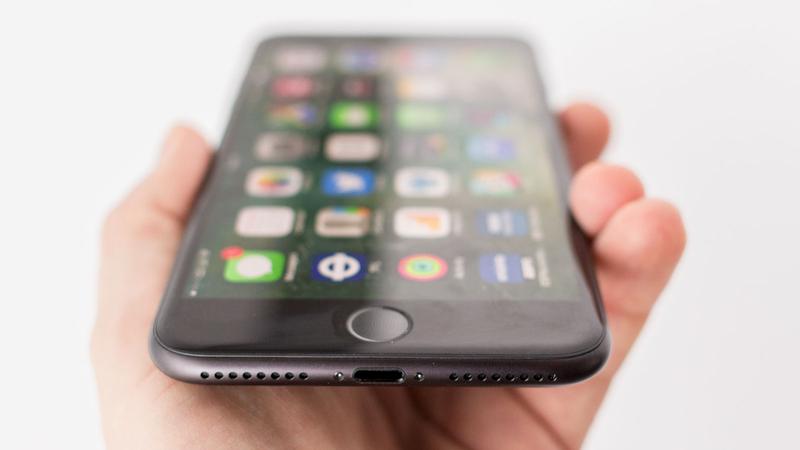 iPhone 7 Plus: Look, no headphone port!

In fact, the lack of a headphone port doesn’t feel as much of a tragedy now we know that a small Lightning-to-3.5mm adaptor is included with the iPhone 7 handsets (there was a suspicion among long-suffering Apple customers that the firm might charge through the nose for this), which means you can continue to use your old headphones – although you can’t easily charge the phone at the same time and it is one more thing to lose. Lightning headphones are also an option (the iPhone 7 Plus comes with a set of Lightning EarPods) and Bluetooth headphones, too.

Apple has its reasons for dropping the headphone port – whether you go with waterproofing (although there are IP68 Samsung phones out there with headphone ports), design minimalism, “courage” or other factors – but that decision is still going to put some people off, as Google knew very well.

The iPhone 7 Plus has a fingerprint sensor too, of course: its Touch ID sensor built into the Home button. We’re up to the second-gen version of Touch ID by now (on the newer iPhones – even the iPad Pros still have first-gen Touch ID, unfortunately), and it’s fast and reliable. 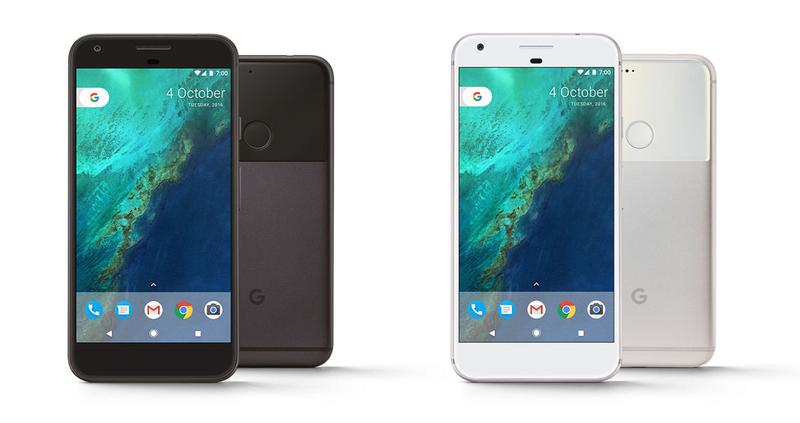 iPhone 7 Plus vs Pixel XL: Features

Here are some noteworthy features that each of the devices offer:

• Live Photos: Apple’s camera tech, which records a few seconds before and after each still photo you take (if you’ve got the feature enabled) so you get a nice mini-video. See: How to use Live Photos

• 3D Touch: The iPhone 7 Plus’s screen is sensitive to varying degrees of touch pressure. By pressing harder you get additional features, such as ‘peeking’ at the contents of an emailed web link (and then pressing harder still to open the link), app shortcuts by hard-pressing a Home screen icon and so on. Read more: Best 3D Touch shortcuts 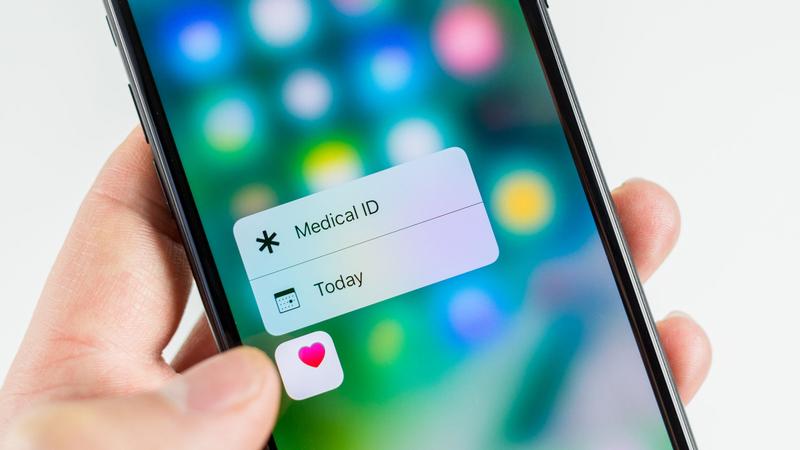 • Twin-lens camera shooting, and Portrait mode: The iPhone 7 Plus has a twin-lens camera at the rear. When you take a shot with this camera it stitches together the best elements of each lens on the fly, resulting in what should be fairly stunning images. And having two lenses in theory allows for post-shot refocusing and other interesting possibilities – it will be fascinating to see what the app developer community comes up with.

One feature that Apple itself is rolling out is called Portrait mode, which blurs backgrounds in a rather artful way (the “bokeh” effect, if you’re into photography) that makes for SLR-like portrait photographs. But this mode is still in beta, and I haven’t tried it yet.

• Google Assistant. Google’s new artificial intelligence/machine learning-boosted voice control assistant. Seems to be very good at natural language and learning about your preferences, but it’s early days. May raise some issues to do with privacy, this being Google. Apple has its own voice control tech, Siri, which is increasingly reliable but – I would say – less ambitious than what Google is attempting with Assistant.

You can read a lot more about Google Assistant on Google’s own site here. 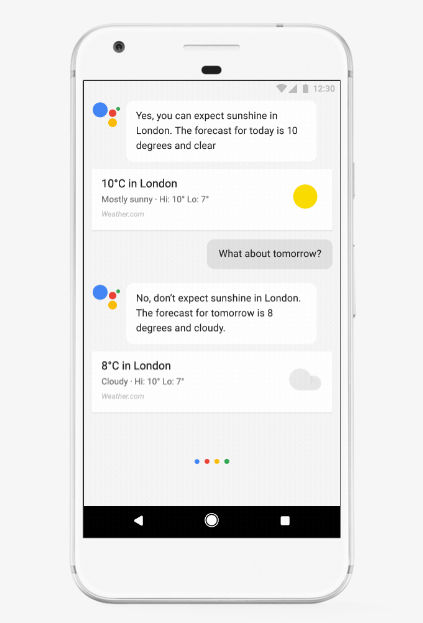 • Unlimited cloud-based photo storage: Google offers “Unlimited storage for all your photos and videos”. Given how tight Apple is with the free iCloud storage allowance (which remains at 5GB, whether you’ve got one iDevice to back up, or 20), this could be a niche but killer offering.

• Fast charging: Google reckons you’ll get “Up to 7 hours of use from only 15 minutes of charging”.

Let’s look at the two devices’ tech specs in a bit more detail.

A few standouts: the Pixel, like most phones around at the moment, has a considerably sharper screen than the iPhone 7 Plus, at 534 pixels per inch to the iPhone’s 401ppi; the pixel HD has a higher-capacity battery unit but lower quoted battery life, suggesting that the hardware/software optimisation isn’t quite there yet (although having to power more pixels in the screen will have taken its toll); and, as we discussed in the design section, the iPhone is a lot more water-resistant. An IP rating of IP53 is almost non-existent and a very poor showing from Google.

The two devices are identically priced at each storage point. The only difference worth highlighting here is that the Pixel XL gives you slightly less choice in terms of onboard storage: it doesn’t offer a 256GB option.