watchOS 3 brings a number of improvements to the Apple Watch that we welcome, with Instant Apps being our personal favourite. We’ve been reluctant to use Apple Watch apps thus far as they’ve taken a while to load (so long that we could get our iPhones out and check!), but the introduction of watchOS 3 means that many apps now load instantly. It’s a huge improvement over watchOS 2, and we can’t wait to find out what Apple has in store for watchOS 4!

watchOS 3 was unveiled at WWDC in June 2016, and was released to the general public on 13 September 2016; but what are the best new features that watchOS 3 for the Apple Watch? In this article we round up all the information about the new features in watchOS 3 (and in the subsequent, smaller point updates, such as  watchOS 3.2) and how to upgrade your Apple Watch to watchOS 3.

If you’re curious about what’s coming next, take a look at our round-ups of the latest Apple Watch 3 and  watchOS 4 rumours. And if you’re yet to buy an Apple Watch of your own, you might find our buying guide helpful.

Let’s cover the basics first. The Apple Watch, which went on sale in April 2015, runs an operating system called watchOS, and regular free updates to this software mean Apple Watch owners periodically get access to new features and interface tweaks without having to spend any additional money.

An updated version of this software, watchOS 2, came out at WWDC in June 2015 (followed by smaller ‘point’ updates), so we weren’t surprised to see Apple announce and demonstrate watchOS 3 at  WWDC 2016 on 13 June 2016. It became available in autumn 2016.

watchOS 3 is a free public update. Open the Watch app on the iPhone that’s paired with your Apple Watch. From the My Watch tab, tap General > Software Update. If there’s a watchOS update you’ve not yet installed, you will be told about it here, and given the opportunity to download and install it on your Apple Watch.

Bear in mind that watchOS is tied to iOS, and you may need to update the latter before you’re able to update the former. We weren’t offered the watchOS 3.2 update, for example, until we installed iOS 10.3.

We explain the update process in more detail in our guide to updating watchOS.

The most recent update is watchOS 3.2, released to the public in March 2017. (The next version will be watchOS 3.2.2, which is currently in the beta testing phase. We explain how to install watchOS betas in this article.)

Here, we list some of the biggest changes and new features in watchOS 3.2.

watchOS 3.2 brings enhanced Siri capabilities, thanks to the rolling out of SiriKit for Apple Watch (SiriKit was previously limited to iOS apps only). SiriKit allows developers to set up Siri integration for their apps on the watch for a few select uses.

You can talk to Siri via your Watch in order to interact with various third-party apps in a way that will be familiar to those who’ve used iOS 10. Users will be able to order an Uber, send a message through a chat application and more, simply by speaking to the Apple Watch.

Also new in watchOS 3.2 is the addition of Theatre Mode, designed to avoid distracting others in dark environments like the cinema and the theatre. Theatre Mode lets the user mute the sound as well as disable the raise-to-wake feature, just by the touch of a button. Notifications are still received (including the haptic notifier) and can be viewed by pressing the Digital Crown or by tapping the screen.

Apple’s design and interface teams have made some tweaks to visual aspects of watchOS for this update. Here’s what to expect. 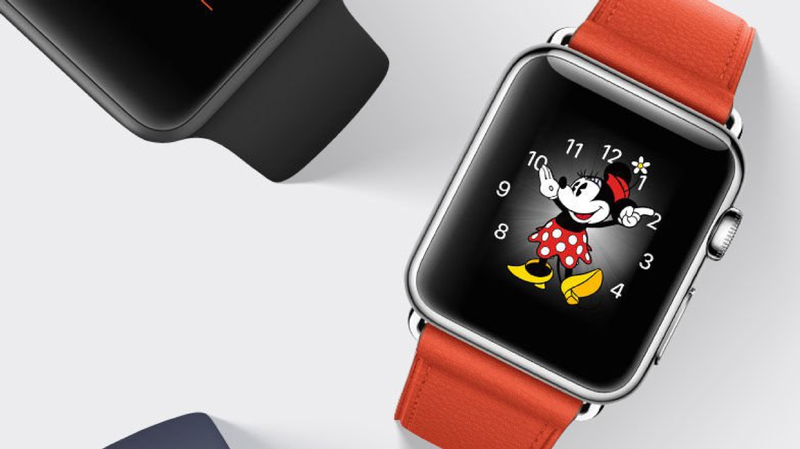 Apple unveiled new watch faces, including a Minnie Mouse option that was certainly a crowd-pleaser. There’s also an Activity watch face, and you can launch more apps straight from the watch face screen including Workout, Music and Messages.

Complications have been introduced to the Photo, Motion and Timelapse faces, too.

The Control Centre has been given a makeover, with it now being easier to access. With the exclusion of Glances in watchOS 3, you can now quickly enter the Control Centre by swiping up from the watch face. This now presents you with a few quick toggles, such as a button allowing you to ping your phone and even toggling airplane mode.

Despite being a small update, this new feature greatly improves the user experience and speeds up efficiency when using the Apple Watch.

A very small feature, but useful nevertheless, you can now disable screenshots on your Apple Watch, meaning less accidental screenshots. This is presented as an option within the watch’s settings.

watchOS 3 was a pretty big update, with lots of new features set to make your Apple Watch experience smoother and faster. Read on for more detail about each of the new features and what they mean to you. 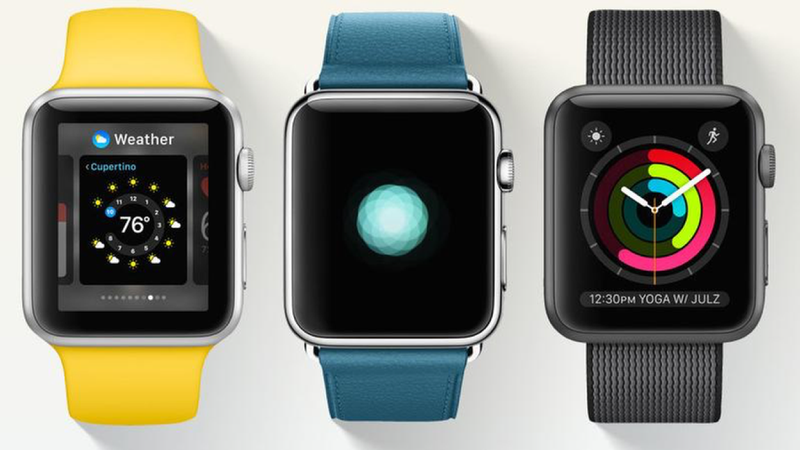 The new Dock feature is one of our favourites. It makes navigating through apps much easier on your Apple Watch. The Dock will show all of your recent and favourite apps.

You access the app dock via the much-maligned side button on the Apple Watch, which used to bring up the favourite contacts dial: we won’t miss that. It’s always struck us as a niche feature given undeserved prominence – we use our Apple Watches to accept incoming calls and reply to texts, but almost never initiate conversations on it – although we’d be interested to hear from readers who have used it regularly.

You’ll also find that your apps launch much, much faster than they did before. That’s because Apple has introduced an instant launch feature, and the apps will update in the background so that the information displayed is accurate, and ready to go, at all times.

Apple says watchOS 3 makes the Apple Watch seven times faster at opening new apps. This update might seem minimal, but there cannot be a single Apple Watch user out there who hasn’t noticed the device’s sluggishness at opening apps, and wishes for some kind of speed boost – watchOS 3 addresses that.

Apple has also improved the Activity and Workout apps to help you stay motivated. You’ll be able to share, compare and compete with your contacts, and you’ll now get notifications about your friends’ progress too. (Here’s how to share Apple Watch Activity data.) Activity sharing is connected to the Messages app too, so you can send personalised messages of encouragement.

With watchOS 3, the Apple Watch can track the activity and fitness of users in wheelchairs. watchOS 3 provides two wheelchair-specific workouts, and determines calories burned in a wheelchair according to how hard the surface is and its gradient, while taking into account different seats and wheel heights. And the “time to stand” fitness notification will be optionally replaced by “time to roll”. 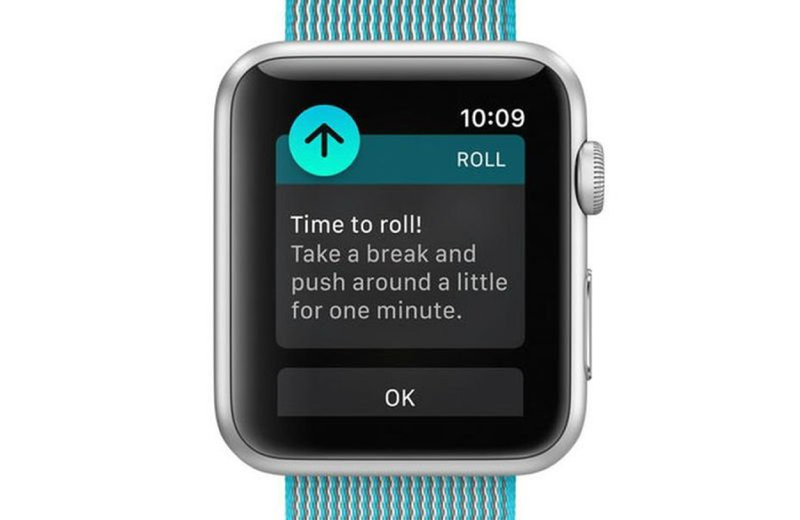 We discuss the wheelchair-focused features in watchOS 3, as well as looking at alternative fitness trackers for disabled users, in our guide to wheelchair fitness tracking.

The Breathe app, introduced in watchOS 3, encourages you to take moments throughout the day to do deep-breathing sessions to control your stress levels. You’ll get a heart rate summary after the session, which can last for up to five minutes. 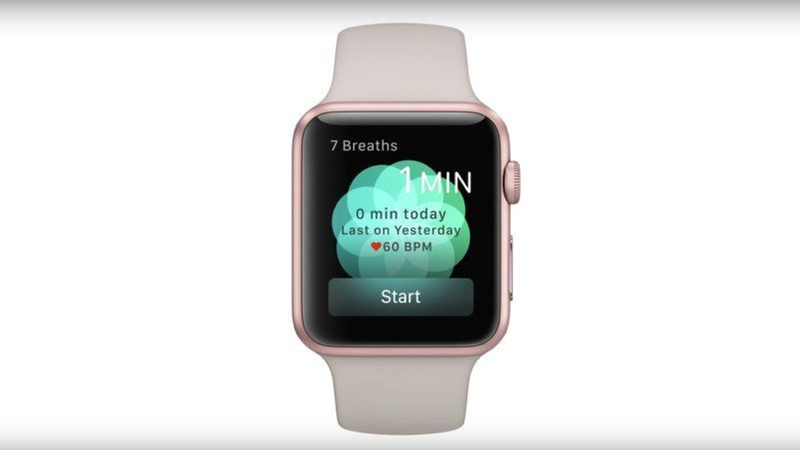 Apple improved the messaging system in watchOS 3. You can use stickers, handwriting, full-screen effects and invisible ink just like the new features in  iOS 10.

Smart Replies are available within the message notification, and you can use the scribble feature to write custom replies by drawing each letter, which the Apple Watch will convert into text.

The SOS app, which is available worldwide so will work wherever you are, even if you’re travelling, can be used to call emergency services and alert your emergency contacts right from the Apple Watch. It works using your phone’s cellular connection or WiFi.

Unlock a Mac with your Apple Watch

You can’t create your own custom watch faces, sadly, you can customise the existing ones with your iPhone. Previously you were only able to do this on the watch itself, but the bigger screen makes it easier.

The Find My iPhone feature is now available on the Apple Watch, meaning if you lose your watch you can track it  through Find My iPhone.

Siri has received a small update, where a haptic tap is now felt when Siri is no longer active. We would have liked a bigger updated for Siri on watchOS 3, but we will have to wait for a later revision.

You can now use the Digital Crown to control the iPhone’s digital zoom levels. It’s not quite the full customisation of the Digital Crown we were hoping for, but having the ability to zoom in photos is good nevertheless.