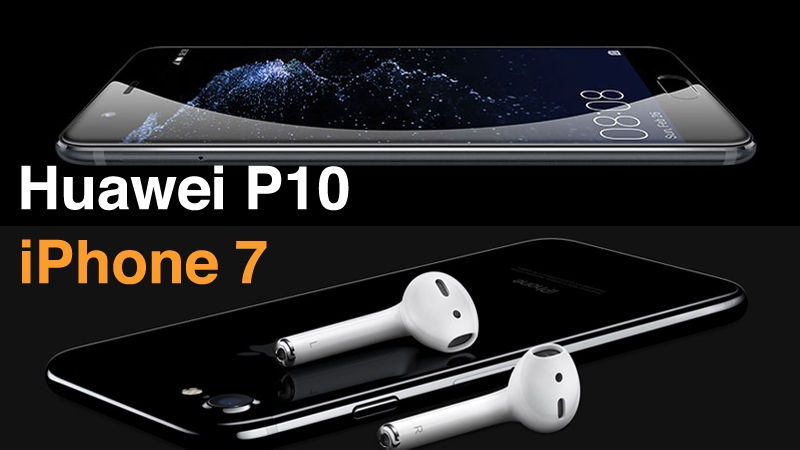 The Huawei P10 has a dazzling camera setup and outclasses the iPhone 7’s specs in a number of other areas. Perhaps that’s to be expected, given that the iPhone is last year’s model, and we hope to see bigger fireworks from Apple in 2017’s iPhone 8 (name TBC); we’ll also need to subject the Huawei P10 to some stiff testing to see if its specs and claims translate into real-world benefits, and we still prefer to be using iOS rather than Android. But nevertheless, and for the time being, this looks like a strong challenger to the iPhone 7’s crown. Stay tuned for a full and in-depth comparison review once we’ve got review samples of the Huawei P10.

Which is the best smartphone: iPhone 7 or Huawei P10?

At Mobile World Congress (MWC) 2017 Huawei unveiled its 2017 flagship smartphone, the Huawei P10. It’s shiny and colourful, and has a great set of cameras, particularly for selfie fans – but is it good enough to take on the iPhone 7? In our iPhone 7 vs Huawei P10 comparison preview, based on the MWC announcements as well as our prolonged and in-depth testing with the iPhone 7, we compare the specs, design and features of these two flagship phones and help you decide whether to buy the iPhone 7 or wait for the Huawei P10.

The Huawei P10 is reminiscent of the P9 in design, but with a few subtle changes, including moving the fingerprint scanner to the front of the smartphone, coupled with more obvious changes: a wide and colourful range of finishes. (We’ll get to the colour options in a moment.)

The iPhone 7 has largely the same chassis design as the iPhone 6s before it, and the iPhone 6 before that; it’s an elegant and attractive design but one that we’re starting to grow a little weary of. The main physical change from the previous generation is the lack of a headphone port, but there have been far more, and far more significant, changes internally.

We like both phones’ designs, and aesthetics are a notoriously subjective subject, so our usual policy at this point is to get out of the way and let you decide for yourself which one you prefer. 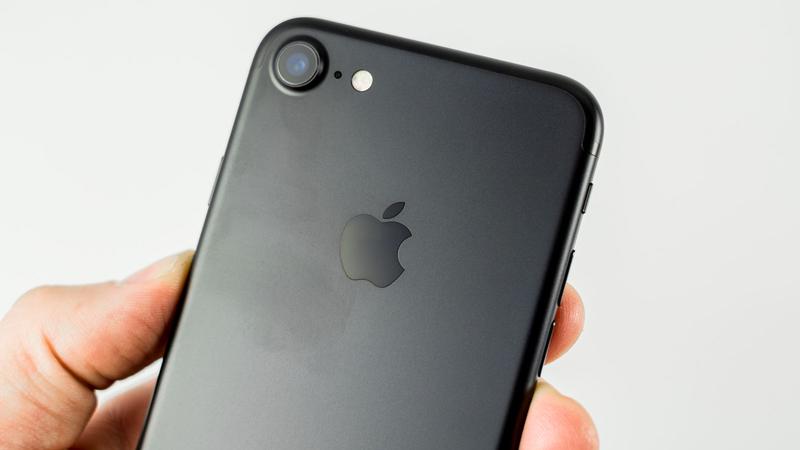 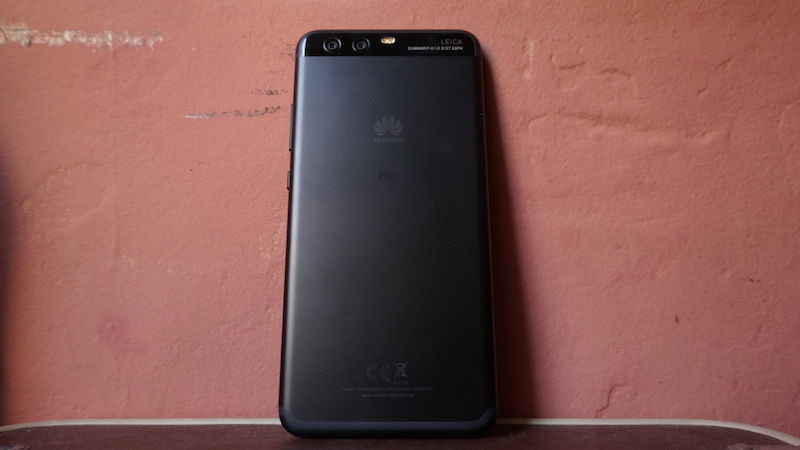 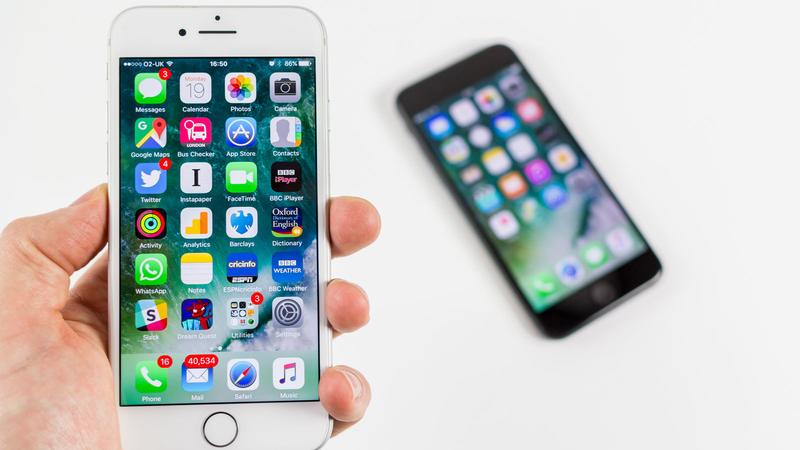 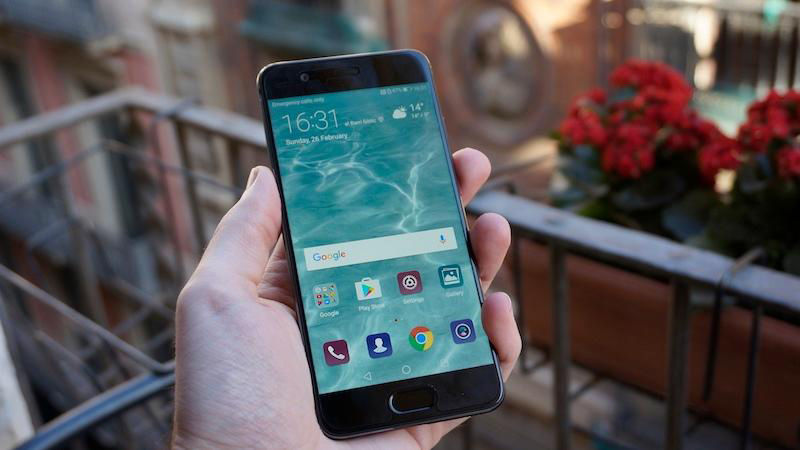 The Phone 7, famously, does not have a 3.5mm headphone socket, so if you want to plug in headphones you’ll need to use the Lightning port or connect wirelessly over Bluetooth.

Nonetheless, many people will prefer to at least have the option to connect via a 3.5mm port. And those people will be pleased to hear that the Huawei P10 does include a 3.5mm headphone jack.

The iPhone 7 is available in five colours: black and Jet Black (the former is a plain matt black, the latter a beautiful high-gloss black which incidentally is only available with the 128GB or 256GB versions), silver, gold and Rose Gold.

The Huawei P10 is available in all of those colours (albeit without separate matt and gloss options for black) and more: it comes in black, white, gold, silver, pink, Dazzling Blue (blue) and Greenery (green). Something for everyone!

Next we’ll pick out the highlights of the phones’ feature sets. As you’d expect from two premium flagship devices, there are some impressive inclusions.

The Huawei P10 has a dazzling camera setup. The rear-facing camera has twin lenses, combining a 12Mp colour sensor and a 20Mp black-and-white sensor for better low-light performance, and offers a new Portrait Mode; thanks to the dual-lens setup it features advanced facial recognition, and can identify and track 190 different facial points in a 3D space. It tracks your face, offers automatic portrait enhancements and tweaks the lighting. It should highlight the contours and facial features, while fading the background with the bokeh effect.

In theory it could spell the end of bad selfies, although our testers weren’t blown away during their (so far limited) time with the phone: at one point the phone focused on the wall behind rather than the face, blurring out everything other than a pattern on the wallpaper. In Huawei’s defence, the room wasn’t lit very well so it might have struggled to recognise our faces, so we’ll be testing this out in more depth once we get a sample back to the lab.

The front-facing camera has a new sensor that Huawei claims lets in double the amount of brightness compared to older Huawei phones, and features a wider dynamic range. And it’s supposed to be smart enough to identify whether you’re taking a selfie or a group photo, and adjust the angle accordingly (wide-angle for group, standard for selfie).

The iPhone 7 has a strong rear-facing camera in its own right, but it lags behind the P10 in megapixel rating (12Mp to the Huawei’s higher-rated 20Mp lens) and, unlike its iPhone 7 Plus sibling, does not have a dual-lens setup or the ability to offer Portrait Mode. Remember that you can improve the quality of your photography with an iPhone tripod and an iPhone camera lens. 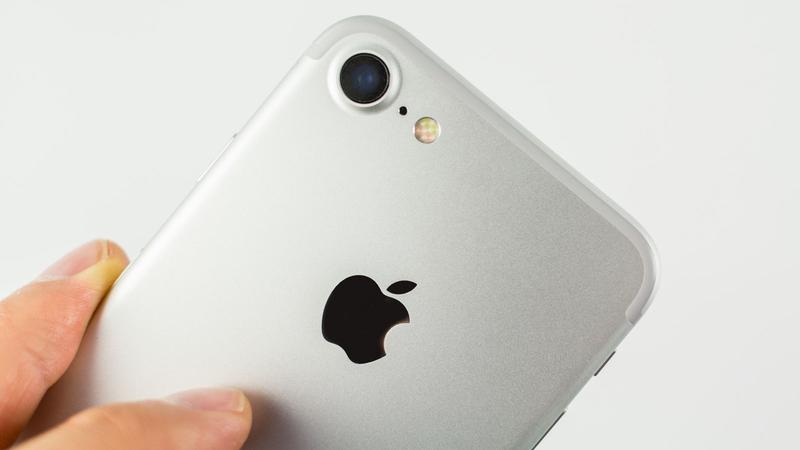 The iPhone 7 is water-resistant to a rating of IP67: this equates to top marks for dust resistance and liquid immersion up to 1m. A rating of IP67 is solid; it’s only one step off IP68, which is the highest commonly seen rating. (The Sony Xperia XZ Premium offers IP68 water-resistance, however, as do a number of other phones. It’s not exactly unknown.)

Find out more about IP ratings here and here.

The Huawei P10 was described as water-resistant in its launch presentation, with a “water resistance structure and nano-coating on board”. Which is all very nice but we’ve yet to hear an IP rating or further details.

The Huawei P10 may be the company’s 2017 flagship, but its component lineup is largely the same as that of the Huawei Mate 9, launched in November 2016. This launch appears to about design more than spec. Nevertheless, the Mate 9’s specs were already sufficiently impressive to put the iPhone 7 in the shade in a number of key areas.

The most obvious disparities are the camera setup, which we’ve already covered and where the Huawei offers two rear-facing lenses, one of them rated at 20Mp, to the iPhone’s one at 12Mp, and the screen: the P10 should be noticeably sharper thanks to its pixel density of 432ppi (pixels per inch) to Apple’s 326ppi.

Huawei has also managed to cram in a significantly larger battery pack, although its advantage in terms of real-world battery life may not be quite as stark because of the greater demands placed on its battery by the larger and higher-resolution display.

The Huawei is thinner, although only by a tiny margin that you may no noticed. Frustratingly, Huawei declines to provide a precise figure for the P10’s weight, and we haven’t got a sample back to our lab and its scales to find out for ourselves. But it appears to be slightly heavier than the iPhone 7. That’s to be expected, of course, given that it provides both a larger screen and a higher-capacity battery. 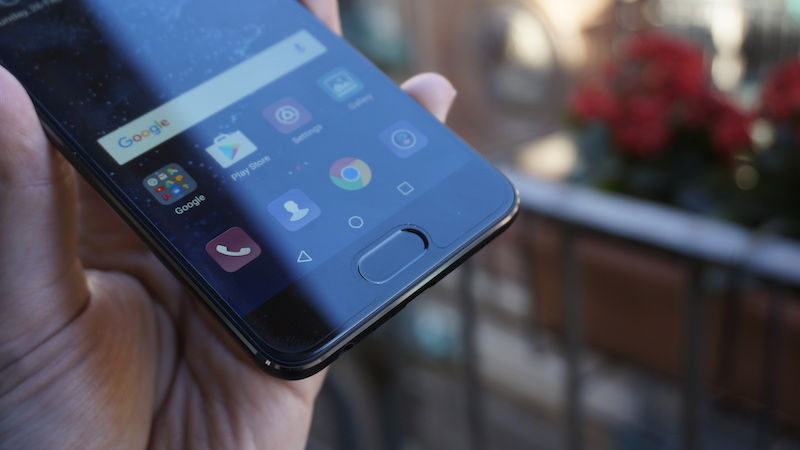 The iPhone 7 is available to buy now, having launched in the UK in September 2017. See the next section for where to buy the iPhone 7 range.

The Huawei P10 hasn’t got a specific UK launch date, but we expect it to be out by April like the P9 was last year.

Early indications are that most UK mobile operators will be stocking the P10. We’ve already had confirmation from Vodafone and O2, and expect to hear from more in the bear future.

Here are the current UK prices for the iPhone 7:

If you’re looking to buy an iPhone 7, take a look at our guide to the best cheap iPhone deals UK, as well as our iPhone buying guide 2017. You can also buy the iPhone 7 direct from Apple, or from John Lewis.