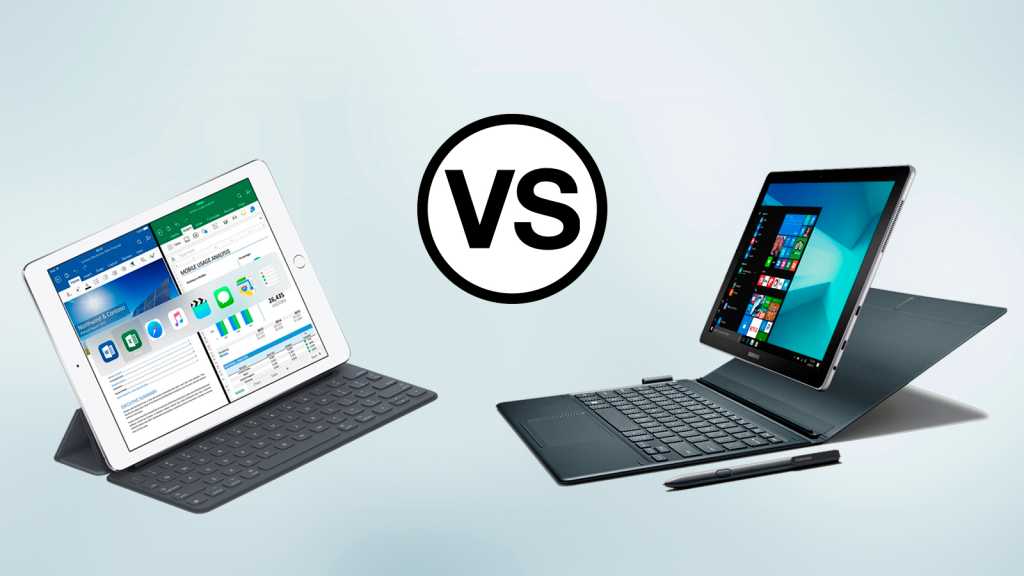 These laptop-replacement tablets are firmly at the high end, both in terms of performance and (certainly in the case of the iPad, and most likely the Galaxy Book too) price. I think Samsung has really tried to target the working professional with the Galaxy Book, not only as a tablet but as a direct replacement for a laptop, especially with its inclusion of Windows 10 OS and the keyboard and stylus as a bundle. Overall it gives more of a desktop feel to the tablet, than that of the iPad which still seems more like a high-powered and slightly overpriced tablet than a laptop alternative. The Super AMOLED screen and the Windows OS is a unique selling point for the Galaxy Book but is it enough for it to attract loyal Apple consumers to make the switch? I’m not so sure.

Which is the best laptop-replacement tablet: Apple’s iPad Pro, or Samsung’s Galaxy Book?

At MWC (Mobile World Congress) 2017 in Barcelona, Samsung announced its latest rival to Apple’s iPad Pro ( 9.7-inch and 12.9-inch), the Samsung Galaxy Book. Samsung has tried and struggled to compete with Apple in the tablet market, but unlike previous efforts, their latest offering uses Windows 10 instead of running on Android. Does Apple need to be worried?

In our iPad Pro vs Samsung Galaxy Book comparison review – based on our first impressions of the Galaxy Book from Samsung’s MWC announcements, as well as our rigorous testing of the iPad Pro models – we rate the two tablets and help you decide which is the best choice for you.

For many years Apple and Samsung have been at loggerheads, competing to produce the ultimate laptop replacement. They’ve been labelled ‘laptop killers’ and are essentially tablets with attachable keyboards and enough power to make you consider parting ways with your trusty laptop.

Appealing because of their convenient size and comparatively low prices, tablets can often be seen on the commute sporting Netflix or Candy Crush, but more and more people are now turning to tablets as a means of work – which means Apple and Samsung have both had to up their game. And the latter seems to have done just that with its latest offering. 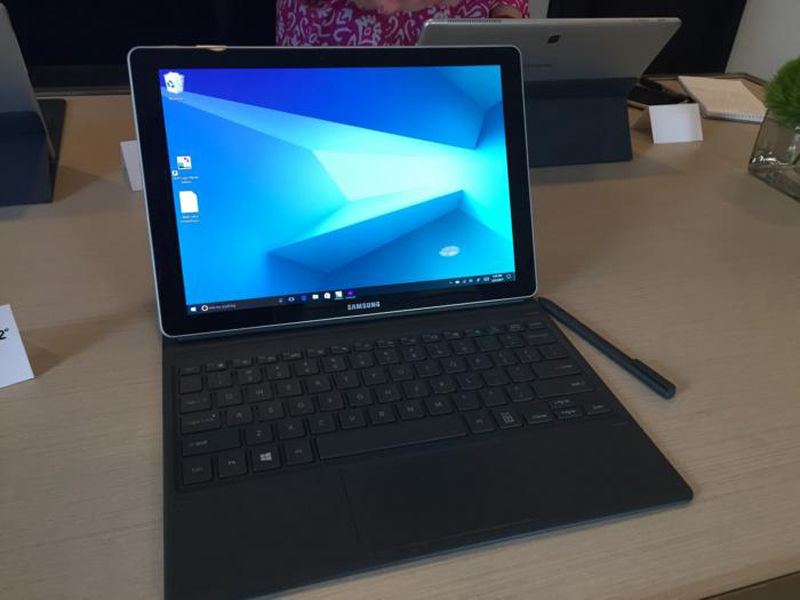 The iPad for many years has stuck to its original design, rarely breaking the mould on its classic metallic feel but tweaking the edges, increasing screen size options and reducing the thickness. The 12-inch model has a depth of only 6.9mm with a Retina display, which is very impressive. 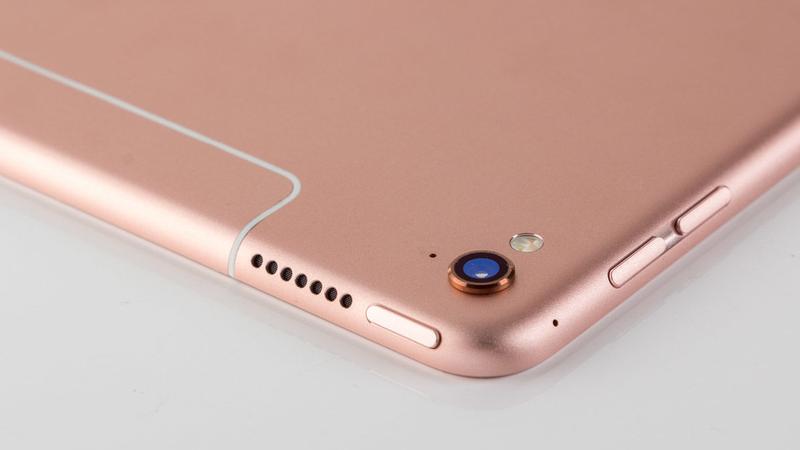 The iPad’s simple design and easy-to-use iOS software makes it appeal to people of all technological expertise, both beginner and professional.

Samsung shifted away from the glass-back tablet, opting for a smooth matt finish instead of the iPad’s metallic feel or the Tab 3’s glass back, and while this might detract from the ‘premium feel’ of the tablet, it certainly doesn’t take away the ‘premium look’, and will still have fellow colleagues and friends swooning to have a play. Especially as the 12-inch model of the Samsung Galaxy Book offers the Super AMOLED screen; while the Full HD equivalent is very respectable on the 10.6-inch model, the Super AMOLED blows it out of the water with its improved brightness and overall sharpness. 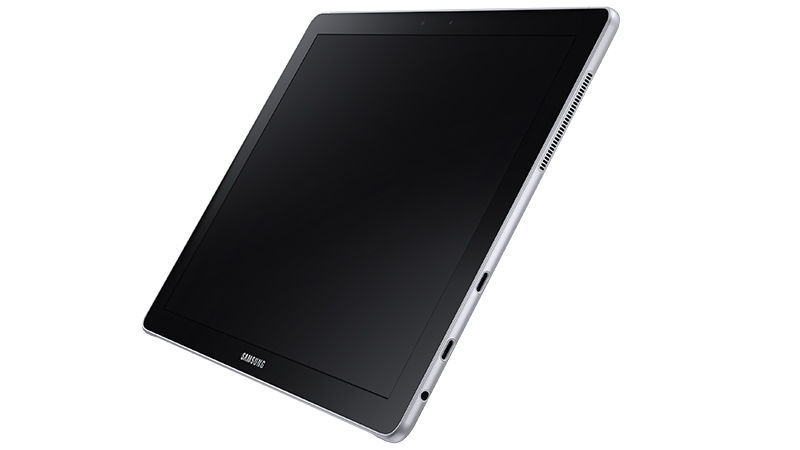 One noticeable difference between the two devices is that while Apple loves to stick to portrait orientation, Samsung very much has the emphasis on landscape, with its camera and logo positioned accordingly in the centre of the tablet. While both can operate in either orientation, Samsung has put emphasis on its tablet as a substitute for laptops and the primary target consumer is ‘on the go professionals’. 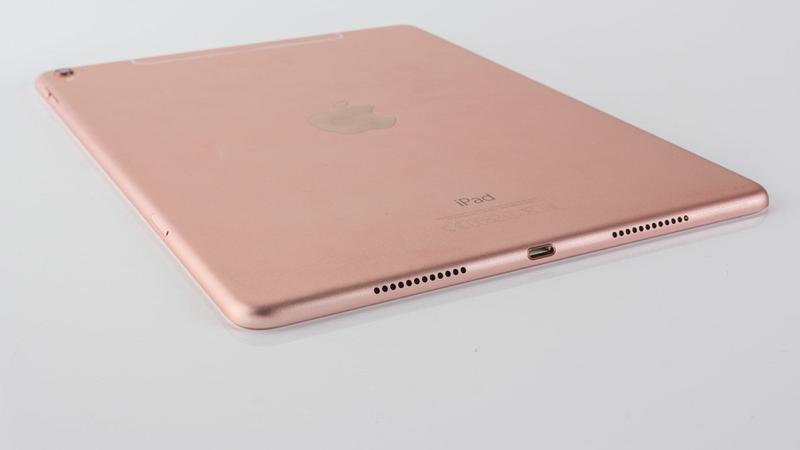 On to performance. The iPad Pro has the A9X processing chip, an upgraded version of the A9 chip from the iPhone 6s and one of the most powerful tablet processors out there. Apple has always had quick and responsive processors in its phones and tablets, but nothing comes close to the A9X. Graphically it’s rated as up to 5x faster than the (itself fast enough) A7 chip, and 2.5x faster at general processing. Which of course makes for effortless multitasking and performance while using more advanced applications such as iMovie, especially if using the large 4k video files which are becoming more and more popular.

The 9.7-inch model of the iPad Pro has a slightly underclocked processor, probably due to its size and the fact that it has a slightly smaller battery. Having said that, even the most avid iPad users would be hard pushed to feel the difference in performance while using the device.

The Galaxy Book has brand spanking new internals to boast about, using the new Intel 3.1 GHz ‘Kaby Lake’ i5 dual-core CPU on the 12-inch and 2.6GHz on the 10.6-inch, both of which run Windows 10. This is a big switch up from Samsung, teaming up with a direct competitor, Microsoft, in order to try to create the most user-friendly interface as possible and put as much pressure on Apple as possible. This is an interesting move from Samsung and again shows the emphasis on it being a direct replacement for a laptop, rather than just a tablet. 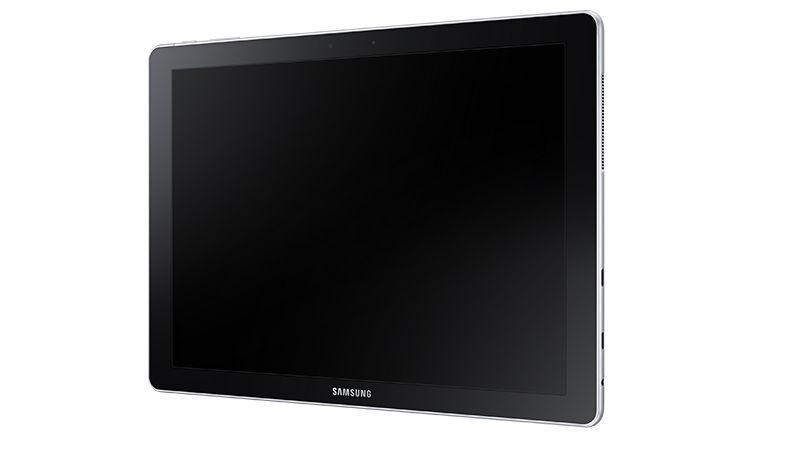 While both devices have a good camera, the iPad Pro offers a whopping 12Mp on the 9.7-inch version and a slightly lower 8Mp camera on the 12.9-inch. The Galaxy Book 10.6-inch lacks a rear camera. Samsung however offers a 5Mp front camera on both of its models, as well as a huge 13Mp rear-facing camera on the 12-inch model.

The importance of the camera on a tablet is of course up to the user; we doubt you will see many people using them to snap tourist attractions or capture a performance at a concert due to their sheer size, but each offers the ability to do so.

Battery life is a big deal for most consumers buying a tablet, as these are portable devices whose primary purpose is to be away from a power source.

Apple and Samsung claim that both devices at full charge will last approximately 10 hours, but this of course depends on application usage. What is more interesting is that, like the Samsung Galaxy smartphones and unlike the iPad, the Galaxy Book offers fast charging (supposedly 2.15 hours to fully charge). We have used the fast charging on the Galaxy smartphones and been honestly surprised at how quickly they charge, so bravo to Samsung for implementing this feature into the high-end tablets as well.

Read next: How to get better iPad battery life

Seeing as you can get a very good laptop for between £700 and £1,200, you might expect tablets to be a cheaper alternative. Apple has priced its iPad Pro starting at £549 for the 9.7-inch model and £729 for the 12.9-inch model, going up to £1,029 for the highest spec, which is very expensive for a laptop alternative.

You can buy the iPad Pro direct from Apple.

Samsung has yet to announce UK prices for the Galaxy Book, but we expect them to be fairly similar in price; perhaps a little bit cheaper, in true Samsung fashion. And because the 10.6in version has a TFT LCD screen, expect it to be significantly less than the full AMOLED 12in model.

Bear in mind when considering the respective prices that the Galaxy Book comes with a stylus and attachable keyboard, unlike the iPad Pro, whose accessories you have to buy separately. The Apple Pencil is currently £99 if you buy direct from Apple, while the Apple Smart Keyboard is £149 if you get the 9.7-inch model, and £169 for the 12.9-inch version. All of which gives the Samsung Galaxy Book a huge edge when considering the overall price of the package.