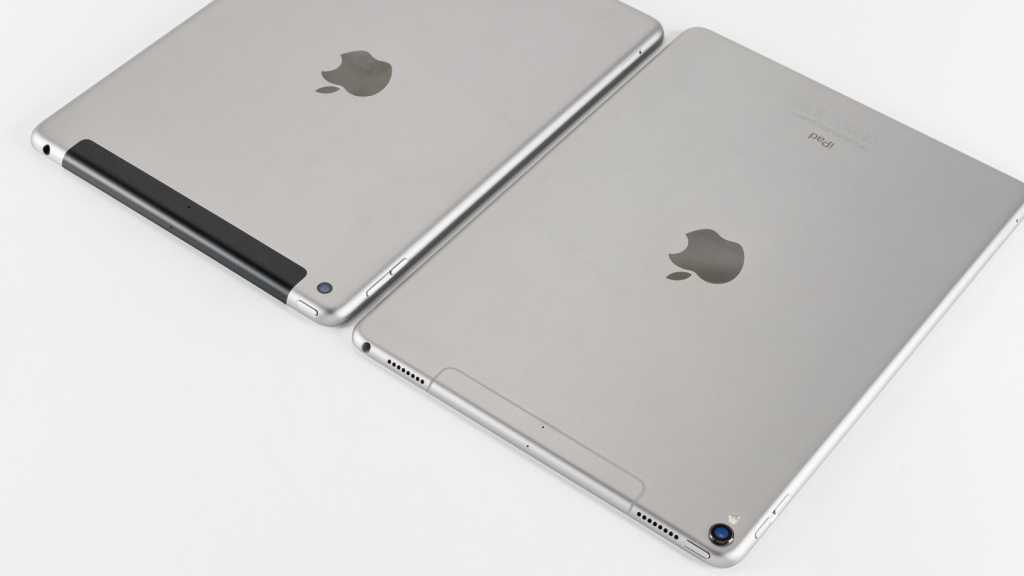 Obviously the Pro is a better device. The display is much nicer under the fingers and features a higher-quality panel. It’s faster, has superior cameras, advanced features such as Apple Pencil compatibility, lasts longer on a single charge, and you can get it in pink. (You’re not fooling anyone, Apple, with your “Rose Gold” nomenclature!) It’s also much, much more expensive. So the classic mantra of technology purchasing needs to be applied: what do you want to do with the device? If you’re after a simple, internet-browsing sofa companion to watch YouTube, Netflix, do some shopping, occasional gaming, and keep up on Facebook, then the iPad 2017 is a sensible choice. That holds true if it’s going to be a family device shared between you and the little ones too. Those seeking best-in-class performance, artistic apps that can utilise the Apple Pencil, or a work device that’s as future-proof as iPads get, then the Pro is the one that should be at the top of your list. That is of course unless you’ve seen the iPad Pro 12.9. Decisions, decisions.

After a couple of lean years, 2017 is rapidly turning into The Year of the New iPad. In March Apple replaced the iPad Air 2 with a cheaper 9.7-inch iPad; then in June it unveiled a brace of high-power tablets, including a 10.5-inch iPad Pro. How much difference is there between these two mid-size devices, and which is the best option for you?

The iPad 9.7in (2017) looks just like any other iPad from the past few years. In fact the chassis is pretty much lifted from the iPad Air 1.

Since it features a larger screen (offering by our calculations around 18.3 percent more display area), it’s no surprise that the Pro 10.5in is longer and wider, but not by as much as you might expect: Apple has slimmed down the bezels on either side to fit a bigger screen into a not-much-bigger body.

The Pro is also slimmer, to the extent that this cancels out the extra length and width. The two devices weigh almost exactly the same amount.

Where the iPad 2017 has two speakers, the iPad Pro has four, and the cheaper model also arrives without the Smart Connector which means it won’t be able to use Apple’s Smart Keyboard. Bluetooth alternatives are available, though, so that’s not necessarily a disaster. 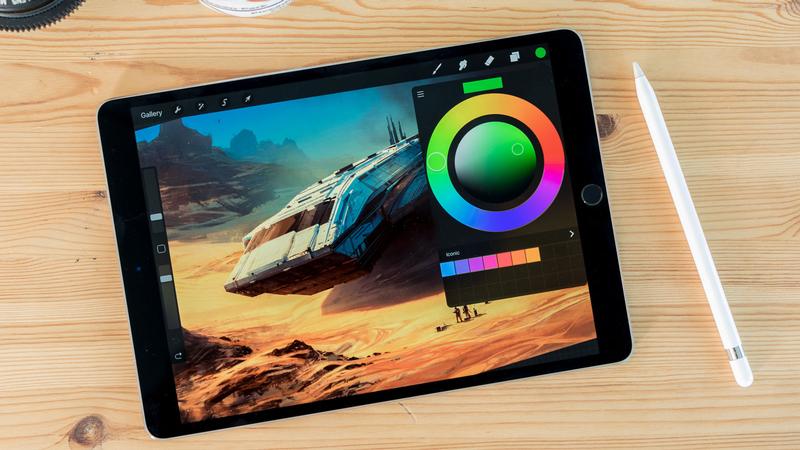 The Pro also has support for the Apple Pencil, something the iPad 9.7in model can’t match, but both have Touch ID and Apple Pay which could be more useful on a day-to-day basis.

It might be a small point to some, but do please note that the Pro model comes with second-gen Touch ID, which is a smidgen quicker and in our experience significantly more reliable than the first-gen version you get with the iPad 9.7in.

Both models are available in silver, gold and Space Grey; the Pro also offers a Rose Gold edition, which is pink to you or me.

One of the major differences between the two models is the display. The iPad 9.7in (2017) has a decent enough panel, with the standard 9.7-inch display, 2048 x 1536 resolution, and 264ppi arrangement that appears on both devices.

In fact it’s almost identical to the version used on the iPad Air 1. The problem with this is that the ‘air-gapped’ design can feel a little less premium when pressed.

It’s not exactly unashamedly plastic, but the tactile sensation can certainly be reminiscent of the cheaper, more flexible substance. 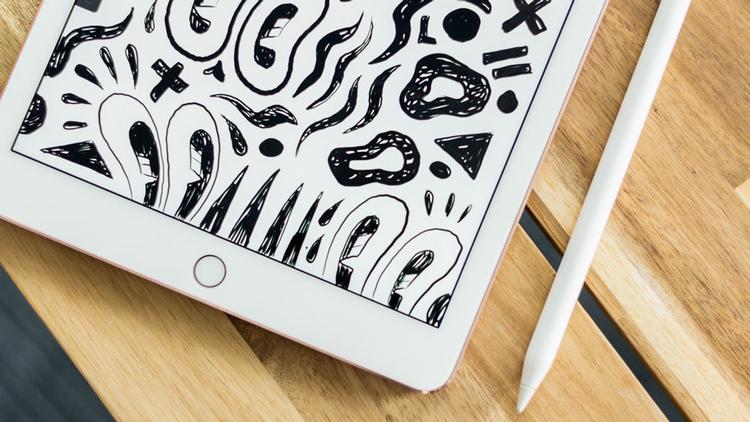 The Pro suffers no such budgetary choices. The panel on the Pro is fully laminated and includes an anti-reflective coating – just like the iPad mini 4. Colours are also more plentiful and vivid thanks to its DCI-P3 Wide colour gamut, and the True Tone display will make details clearer in a range of environments. Read next: iPad 9.7in (2017) vs iPad mini 4

While there’s no doubt that the Pro is more powerful device, The iPad 9.7in is a solid performer, thanks to Apple’s choice of fitting it with an A9 processor: not too shabby. But the Pro 10.5in is considerably more powerful thanks to its A10X Fusion chip. It also packs 4GB of RAM, to the iPad 9.7in’s 2GB.

In our benchmark tests the iPad Pro always came out on top. But the iPad 2017 consistently prove itself to be a decent performer: it’s more than capable of running current apps, even if the Pro’s capabilities will become more apparent in the future.

These numbers don’t always mean much in terms of real world use, but the bottom line is that the Pro is a fast iPad, while the 2017 is a very competent device for day-to-day browsing, gaming, and social media tasks.

Storage options are slightly different too: 32GB or 128GB for the 9.7in, but 64GB, 256GB or a whopping 512GB for the Pro. If you’re a digital creative with a library of RAW photos and half-edited video projects, you might need half a terabyte, but 64GB ought to be enough for most of us.

The optical capabilities of these siblings are night and day. Apple obviously saw this as an area to cut costs on the iPad 9.7in as it comes fitted with an 8-megapixel, f/2.4 aperture main camera with 1080p HD video capabilities. 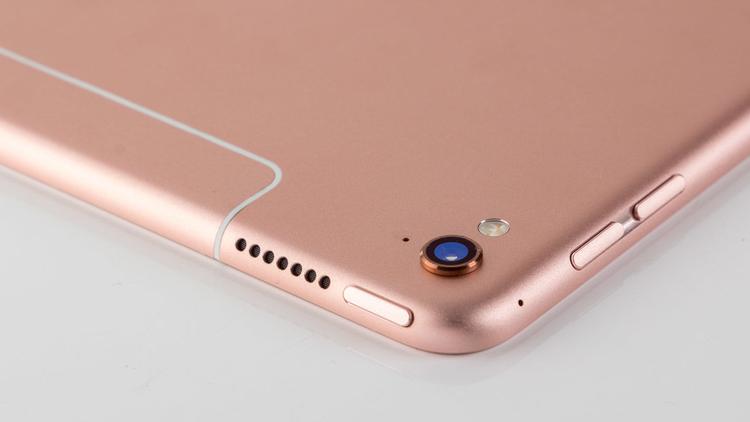 The front-facing cameras are also different, with the Pro bearing a 7Mp unit, while the iPad 9.7in offers a less-than-stellar 1.2Mp alternative.

Apple claims that both units will deliver up to 10 hours of browsing, watching videos, or listening to music (a figure that drops by an hour if you’re using a mobile network).

In our testing these figures are in the right ballpark. The iPad 2017 recorded a score of 616 minutes in the Geekbench 3 battery test, while the Pro managed 657 minutes. Your mileage may vary, but this is a pretty demanding test, and it would not be unreasonable to expect more than this in real-world use.

You’d rightly expect the Pro to be a more powerful, feature packed, premium device, but the question to ask before spending any money is how much do you really need those extra touches? 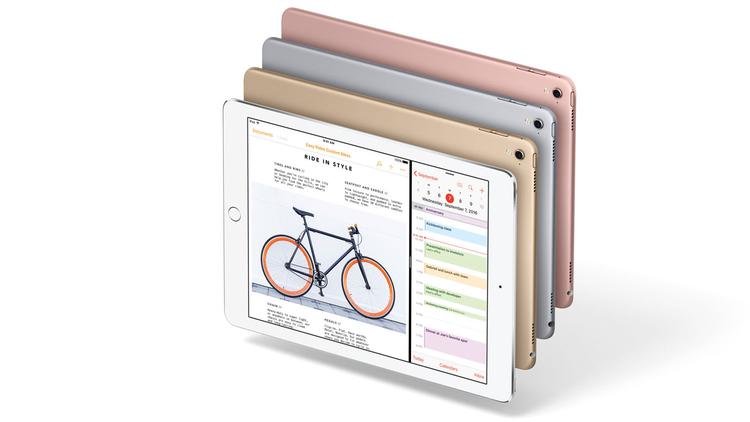