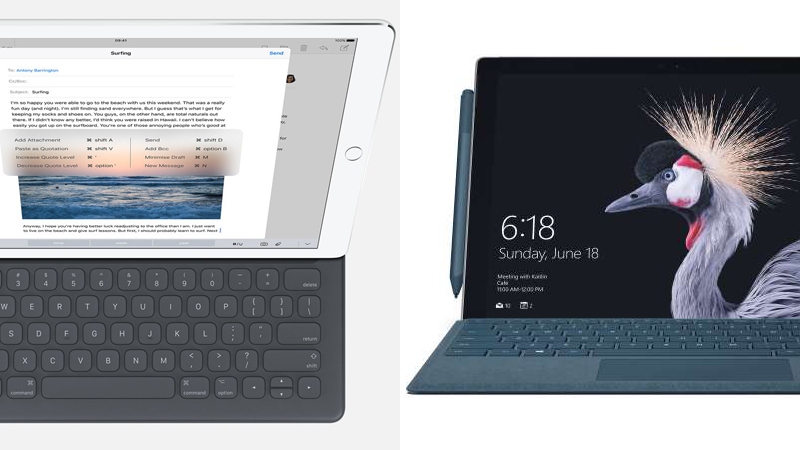 They’re widely marketed as pretenders to the same throne – the laptop-replacement tablet of choice for business and creative users – but the iPad Pro and Surface Pro 5 are quite different in a lot of ways. In many areas the Surface Pro has superior specs, with more storage and options for quicker processors and far more RAM; it’s also a more versatile device in terms of connectivity, offering USB 3 and microSD. Set against this, the Surface Pro rapidly rises to a much higher price point and is thicker and heavier. Perhaps the key difference is between Windows (the Surface comes with Windows 10 Creators Update) and iOS 10, which is preinstalled on iPad Pro models bought at this point. Windows is a full desktop OS and allows you to more closely replicate the apps and general experience, but as a touchscreen tablet OS we prefer the iOS interface. Your choice between the two is likely to depend on which OS you’re used to, and which apps you need to use.

On 23 May 2017 Microsoft unveiled a new model in its Surface line of Windows-based tablets – the main rivals to Apple’s iPad Pro devices in the high-end laptop-replacement tablet market. Technically this is just called ‘Surface Pro’, but most tech fans are carrying on calling it the Surface Pro 5, so we’ve decided to do likewise.

In this article we compare the design, specs, performance, features and price of the new Surface Pro 5 and the second-generation 12.9in iPad Pro, first announced at WWDC 2017, although we’ll also include specs of the new 10.5in iPad Pro where applicable.

They’re both nice designs. Apple’s is starting to feel a bit dated, having stayed much the same, with variations in scale, since the iPad Air 1; the Surface 5 is arguably a little less sleek than its Apple rival (and is indeed a bit thicker at 8.4mm compared to 6.9mm, despite having a smaller screen). 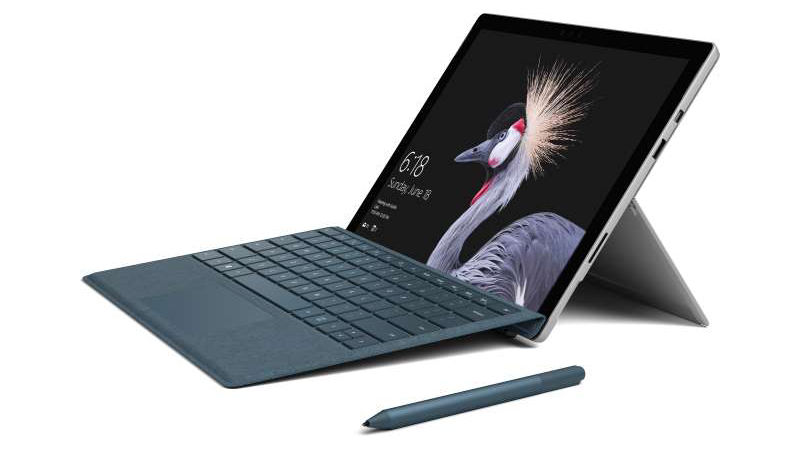 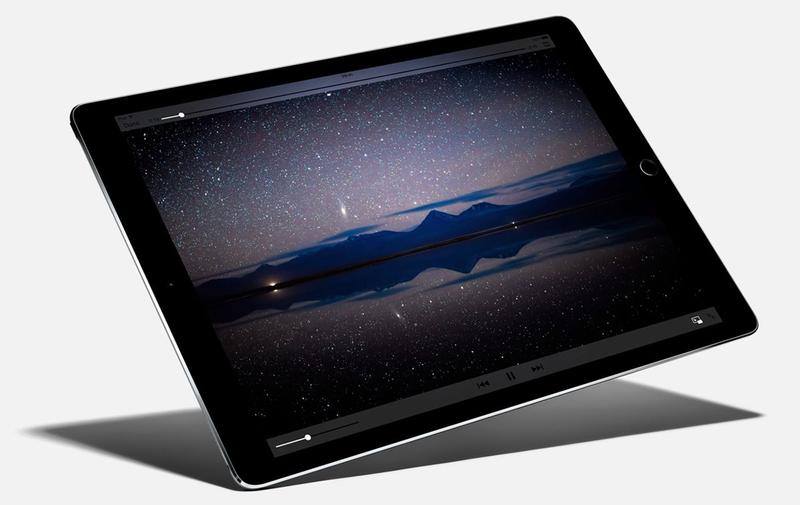 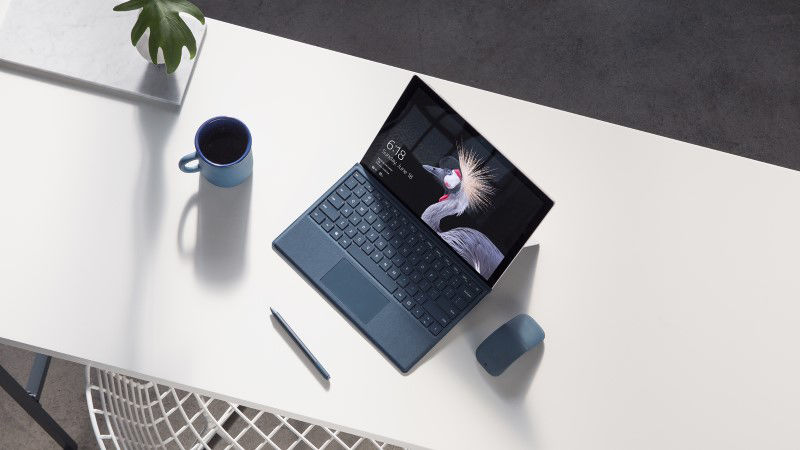 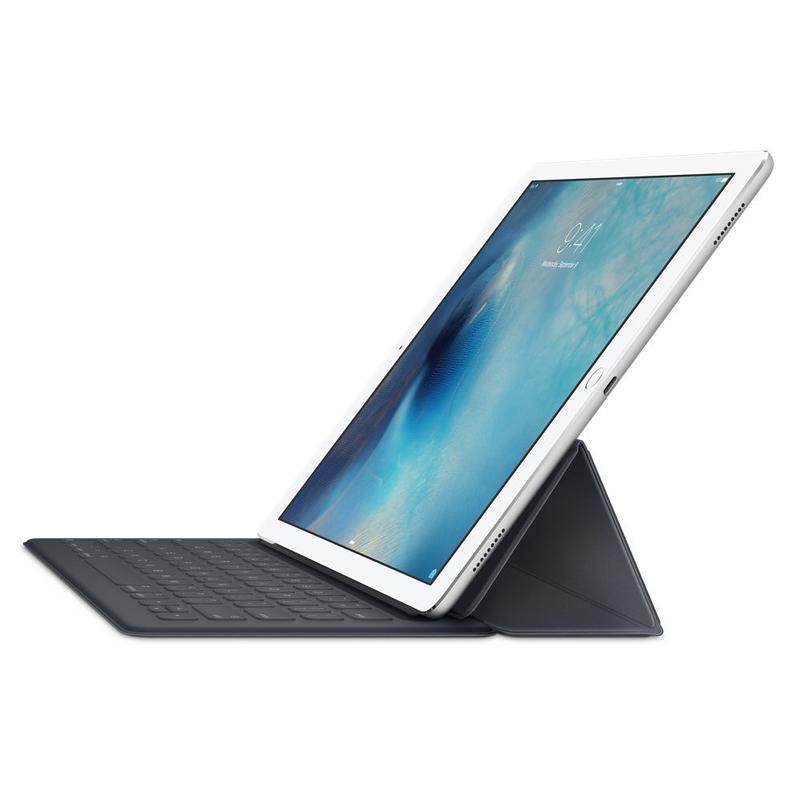 Let’s take a look under the hoods of these two high-power tablets.

Like the laptops it’s intended to replace, the Surface Pro is available with a range of processors; each iPad comes with one processor and one processor only. 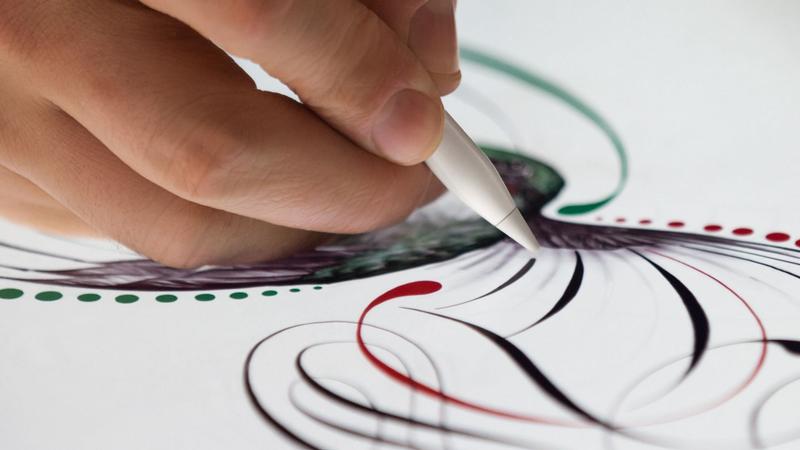 Surface Pro 5: Compatible with Surface Pen, Surface Keyboard and Surface Mouse (all cost extra. Microsoft has announced a new Surface Pen with improved tilt sensitivity, and says this works with older Surface models – but not the Surface Laptop)

The 12.9 iPad Pro model is significantly larger than the Surface Pro 5 in terms of both length and width, as you’d expect given its larger screen. But it’s also slimmer, and a bit lighter too. 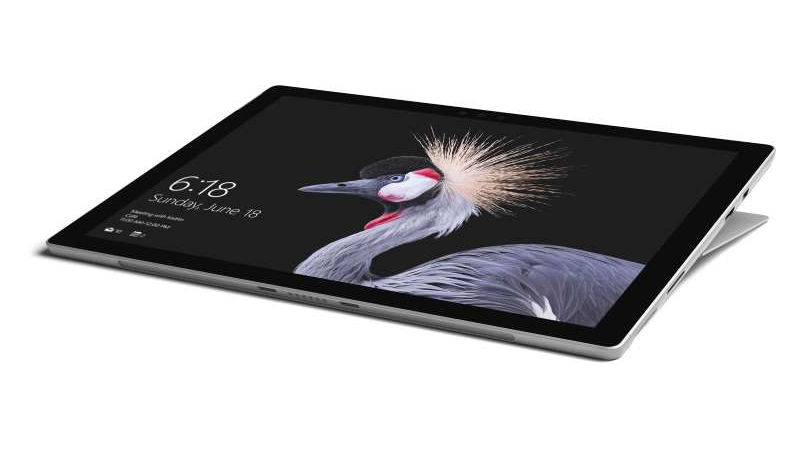 The new Surface Pro was announced in a special Microsoft event on 23 May 2017.

The second-generation 12.9in iPad Pro was announced weeks after the Surface Pro, on 5 June 2017 during Apple’s WWDC 2017 keynote, alongside the new 10.5in iPad Pro. 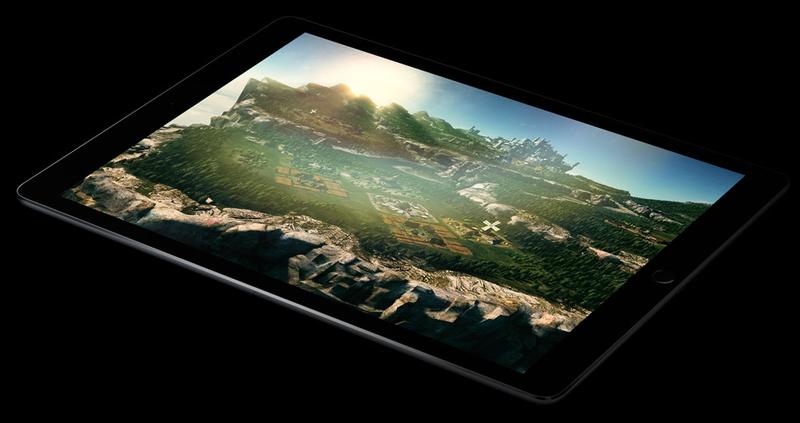 The two devices start at a similar price point in the UK, but the Surface tops out at a much more expensive top end if you select the highest processor, memory and storage allocations. Read next: Best iPad deals

Note that if you’re prepared to compromise on screen size, the iPad Pro 9.7in is available for a lot less: it starts at £549 (and comes with better specs in a few area, including a rear-facing camera flash).

Unlike Microsoft, the 12.9in iPad Pro was made available immediately after the announcement and can now be bought from Apple’s Online Store.

The entry-level model costs £799 in the UK. Here’s the full price list:

Following a 15 June 2017 release, you can now order the Surface Pro from Microsoft’s website.