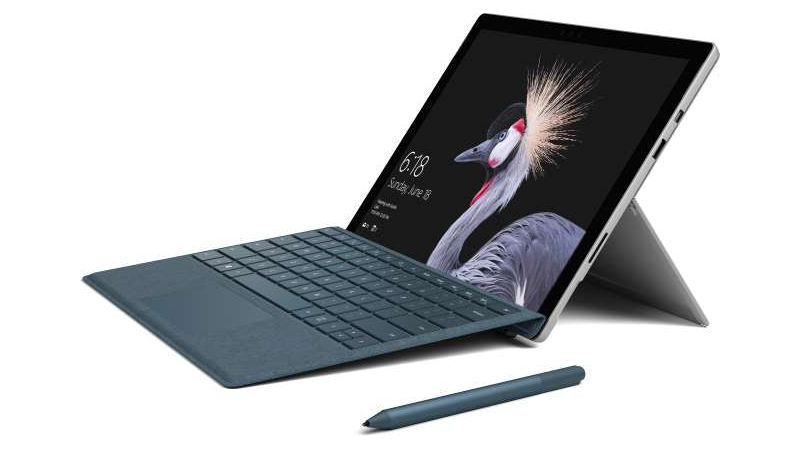 The MacBook Pro is a great update to a much heralded line. The design is subtle but distinctive and performance is strong throughout. It’s not all plain sailing though. The keyboard is unorthodox, and as such might put some buyers off, plus those prices are still eyewatering in these days of austerity, especially if you want the Touch Bar models. The Surface Pro is a breath of fresh air in many ways. The aesthetics are cool, touch works well, and the pen can be a lot of fun to use. Microsoft has positioned it in the past as a great rival to the iPad Pro, which it is, but since the release of the Surface Laptop we’re not sure how well the Surface Pro will fair against the MacBook Pro. In the end this one will come down to personal preference in terms of touch capabilities, keyboards, and whether you want Windows 10 or OSX. Either device is a quality product, but you’ll have to pay for it.

Microsoft has announced a new iteration of its popular Surface Pro line, with the new models featuring the latest Intel processors and a number of other upgrades. We see how they compare to Apple’s own workhorse, the MacBook Pro.

What is a Surface Pro?

Microsoft may be primarily associated with software, but a few years ago the company launched the Surface Pro line of tablet/laptop hybrids. Since then these devices have become a regular sight in coffee shops, offices and other places where laptops dare to tread.

Out of the box a Surface Pro is a tablet, albeit one that runs a full desktop version of Windows 10. But the most common configuration includes an attachable keyboard cover that makes it far more like a full-blown laptop. 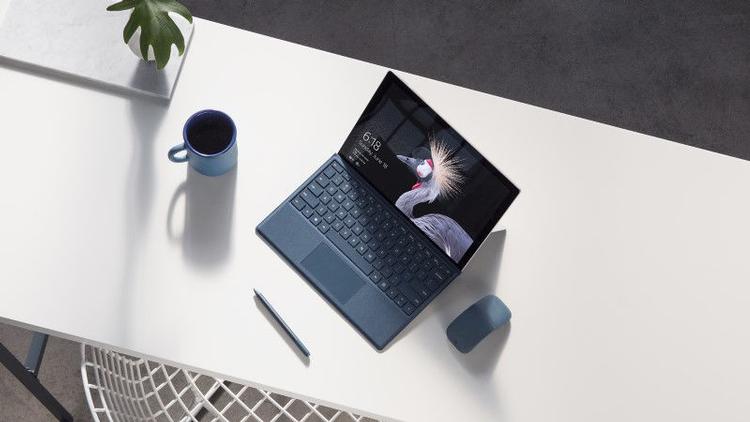 Surface Pros are light, beautifully constructed, and have done much to lend the Microsoft brand a touch of cool.

This looks set to continue with the release of the Surface Laptop and the Surface Studio, both of which feature excellent and innovative styling, something that was once the sole province of Apple.

For more details take a look at the Surface Laptop and Surface Studio features prepared by our colleagues on Tech Advisor.

The MacBook Pro was redesigned in 2016 to give it a sleeker, more modern look, refining the ageing silver aluminium unibody format that has served it for a number of years.

It’s a beautiful device – of that there’s no question. The construction is exemplary and the new slimmer lines make the MacBook Pro an elegant but robust machine that should take a few knocks while delivering solid performance. 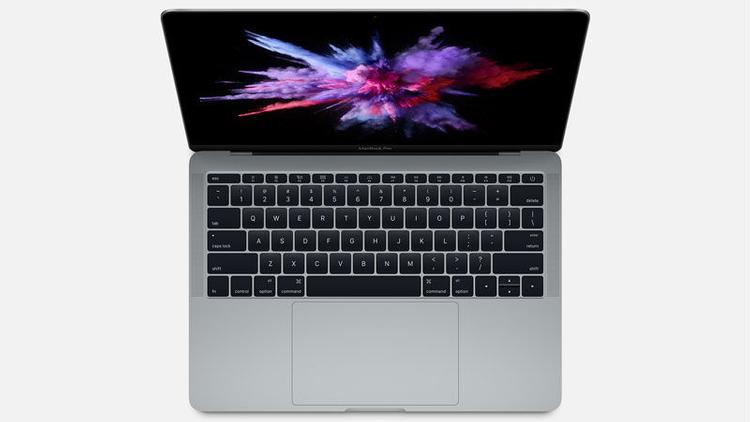 Apple has kept the number of ports to a minimum, which isn’t everybody’s favourite idea, and configurations differ depending on which model you buy.

The entry level 13-inch MacBook Pro has two USB-C ports which also act as the charging ports, plus a solitary 3.5mm headphone jack. 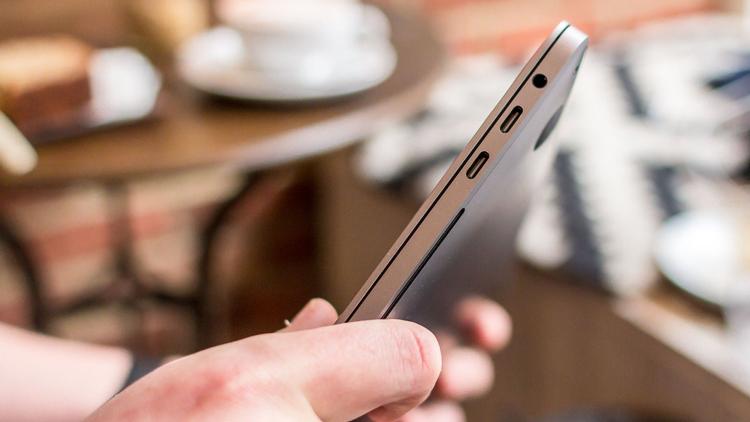 Opt for the 13-inch MacBook Pro with Touch Bar or the 15-inch MacBook Pro and you’ll get an additional two USB-C ports, not to mention the Touch Bar itself which allows users to control various aspects of software applications via the touch sensitive area at the top of the keyboard.

For a more comprehensive look at the capabilities of the Touch Bar read our MacBook Pro 2016 with Touch Bar review.

The Surface Pro is a different beast. Technically it’s not really a laptop unless you purchase the optional keyboard cover from Microsoft, but when you do it creates a very compelling device.

Microsoft has decided not to continue numbering its devices, much like Apple, so whereas most people were expecting this to be the Surface Pro 5, it’s technically called just the Surface Pro.

The body is the same magnesium alloy that graced the previous models, with the built-in kickstand now able to smoothly recline back to almost flat. 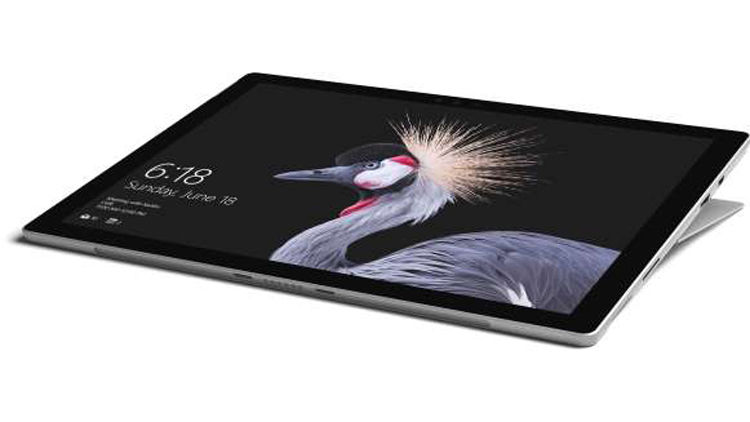 Much like the MacBook Pro this is a premium product whose fit and finish shows a great deal of care and thought has gone into not only the design but the construction too.

Where Apple choose to only include USB-C ports, Microsoft has omitted them completely, which is a controversial decision and does seem a little odd to us.

Instead the Surface Pro comes with one USB 3.0 port, a Micro SDXC card reader, Mini Display Port, 3.5mm headphone jack, Cover port (for connecting the keyboard), and the Surface Connect port which links to Surface Pro to Microsoft’s Surface Dock.

The latter turns the Surface Pro into a desktop device when paired with an external keyboard, mouse, and screen, or simply expands the amount of peripherals you can attach to the Pro.

Keyboards are an essential element to get right on a laptop, because it’s the part of the device that you will physically interact with the most.

So it’s important that any prospective buyer tries the typing surfaces on both of these device before making a purchase, as neither is what you would call normal.

The MacBook Pro has the second generation of Apple’s new Butterfly keyboard which is ultra thin and divides opinion amongst users. Each key feels more solid, that’s true, but the minuscule amount of travel that occurs when they are pressed can take some getting used to. 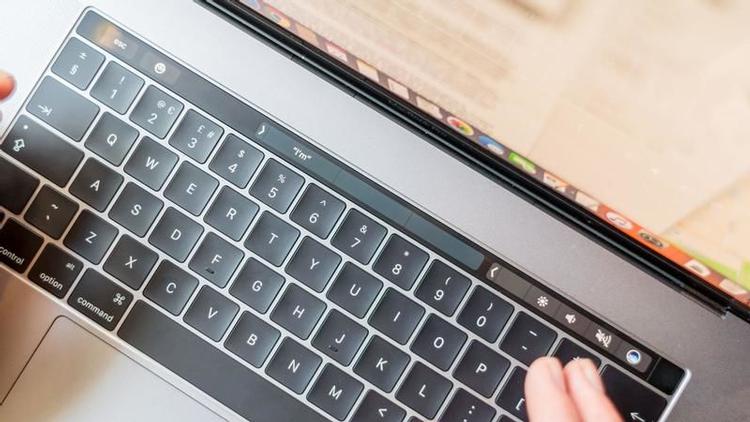 It’s a different story on the Surface Pro, as it doesn’t have a keyboard at all. Users will need to purchase the attachable Surface Pro Signature Type Cover (£149.99), or use a bluetooth keyboard if they want to get the full laptop experience.

The Type Cover attaches magnetically to the Surface Pro (very securely we might add) and is itself quite slim. The keys are of a traditional scissor design  though, so the typing experience is very familiar. 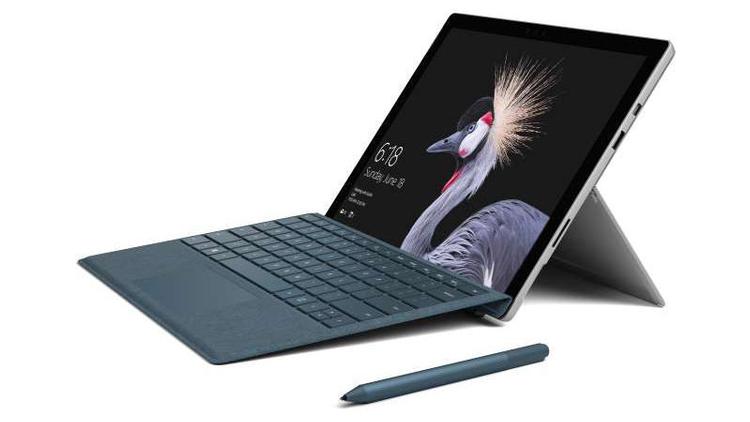 Those with heavy hands, though, will notice a slight flexing of the cover as they pound away at their business proposals, emails, or social media discussions.

As we said earlier, be sure to test these devices in person before considering a purchase.

This comes into it’s own when combined with the Surface Pen (again additional) which has also seen upgrades to make it more sensitive and reduce any lag. 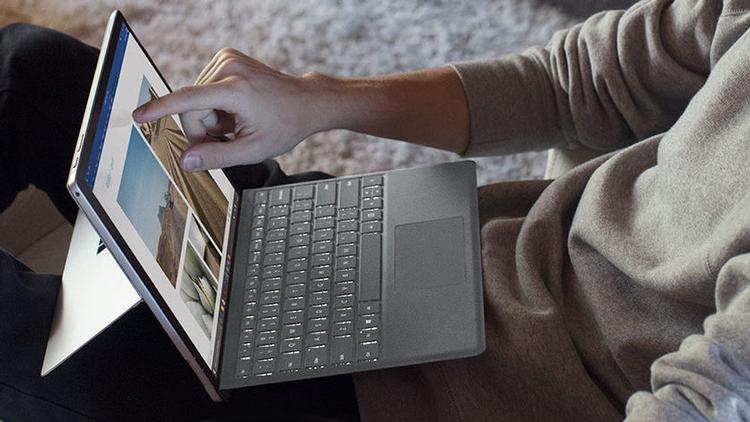 Apple continues to eschew touchscreens and instead has come up with the Touch Bar. This digital strip replaces the function key row on the MacBook Pro’s that include the feature.

The clever part of the Touch Bar is that it’s contextual, so depending on what application you’re using the Touch Bar will display different options. 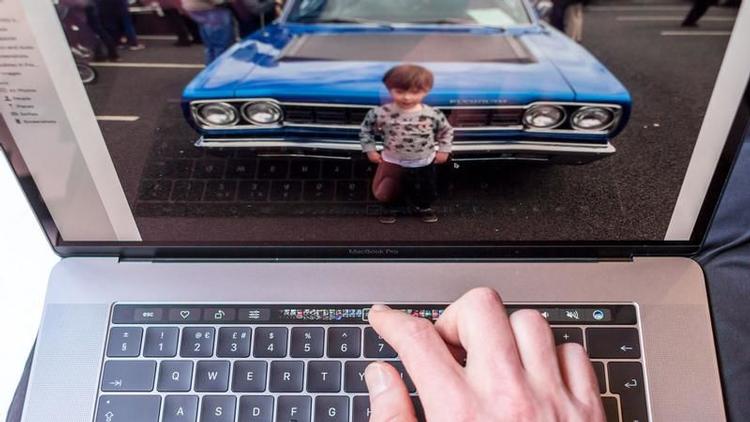 Much like the keyboard this feature has proven divisive among Apple users. Some extoll the virtues of the ever changing Touch Bar, while others say they don’t want to stare down at the Bar to change things on the screen.

Again, try before you buy.

Another essential element is of course the display, and both devices have gorgeous HD panels. The Surface Pro comes replete with a 12.5-inch PixelSense display that boasts a 2736 x 1824 resolution with 267 PPI.

As these are all premium devices it’s not surprising to find premium components inside.

The chips used in both 13-inch MacBook Pros are from the sixth generation of Intel Core chips, known as Skylake. This makes them a generation behind those fitted in the new Surface Pro.

Microsoft opted instead to use the seventh generation Kaby Lake chips. The Surface Pro range incorporates three variants, starting with a Core M and moving up to Core i5 and Core i7 versions.

How this will affect the graphical performances of the two platforms will be an interesting factor when the Surface Pro arrives in our lab for testing.

Here’s a detailed breakdown of the specs on the MacBook Pro and Surface Pro:

The MacBook Pro was released last year, and is available from Apple or a number of other retailers.

The Surface Pro is now available for pre-order from Microsoft, with a predicted shipping date of the 15th June 2017.