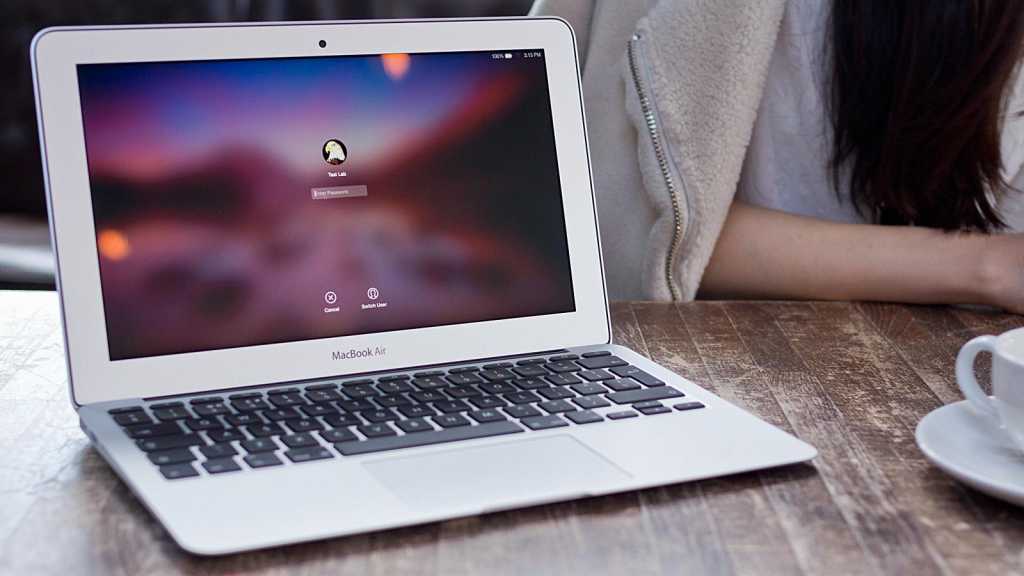 There is a new MacBook Air on the scene but Apple is still selling the old 13-inch MacBook Air. With prices starting at £949/$999 it might look like a good deal, it is after all the cheapest Mac laptop you can buy, but we would dissuade you from doing so.  Sure it has a legacy USB-A port. Sure it has an SDXC card slot. And sure, you might not really need anything faster. But, if you want to still be using your new Mac in a few years from now then we strongly recommend that you don’t buy this model as it really won’t stand the test of time. The only reason to buy this model is if you find a decent deal, and you won’t be getting that at Apple’s prices.

At Apple’s price, we’d say, it certainly isn’t a good deal. But if you shop around you might be able to get a much better deal on this older version of the MacBook Air. See our round up of the best MacBook Air deals here.

So, assuming you can get a good deal on one of these older MacBook Airs, should you buy one? There is a world of difference between the 2018 MacBook Air and this old MacBook Air model but while the new model is smaller, lighter, comes in a variety of colours, is made from recycled aluminium, and has a Retina display and newer components, the old MacBook Air does have a couple of points in its favour. The older model has the older USB standard so if you have old peripherals you want to use you will be able to plug them in without an adaptor. There is also a handy SDXC card slot in the older model, which will likely be handy for photographers. And there is the old MacBook Air keyboard – which we have to admit we have always loved using.

Read on to find out what the older MacBook Air offers so you can decide if the cons outweigh the pros.

When Apple introduced an updated and redesigned MacBook Air in October 2018 (reviewed here) the surprise was that the company continued to sell the older MacBook Air model.

The 8GB of RAM isn’t upgradeable (unlike with the newer MacBook Air), but the processor is, as explained below.

You can buy all of the MacBook Air models direct from Apple here: MacBook Air on the Apple Store.

As we mentioned above – given the fact that this is essentially a three-year-old machine with a processor that dates back to 2014 we do not think that it is worth almost £1,000. We think that Apple has overpriced the older model because it wants to upsell people to the new model for £250 or $200 more.

Luckily there are some third parties selling the older MacBook Air model for a better price. See our roundup of the best MacBook Air deals here.

Despite not being updated for years, the MacBook Air has become the laptop you see in coffee shops, libraries, offices and student digs all over the world. Prior to October 2018 Apple might have forgotten it in favour of the sharper-screened 13in and 15in MacBook Pro and dinkier 12in MacBook, but the masses still loved the lightweight, MacBook Air.

Before October 2018 Apple hadn’t changed the Air much at all since it wowed the laptop world in 2010 with its sharp, wedge-shaped case – which still looks great, in our opinion. 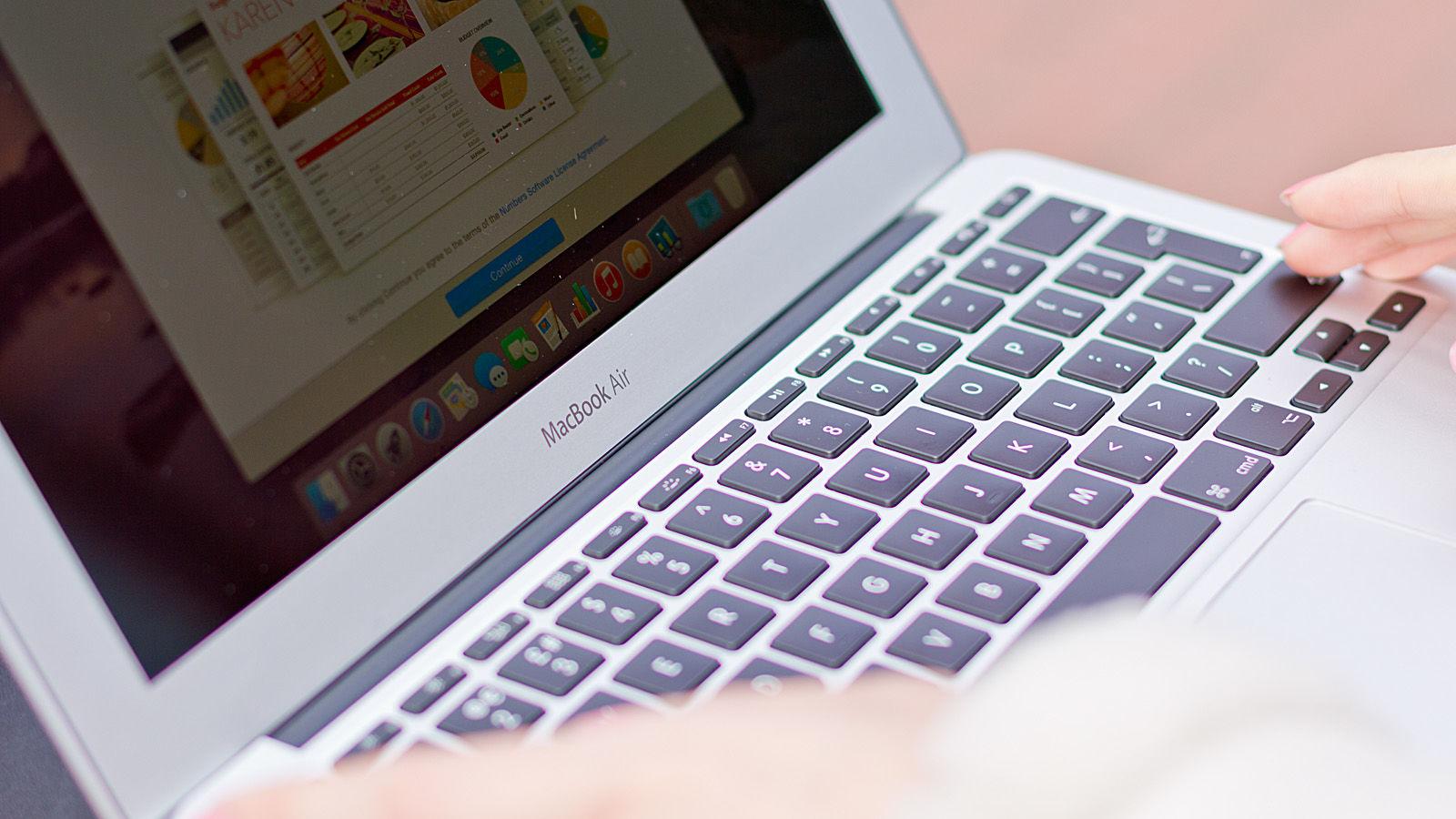 We’ve touched on this above, but we’ll repeat: the current entry-level MacBook Air is the old model that was last updated in June 2017. But this update was only a slight adjustment to the existing Broadwell processor inside the machine. Broadwell chips date from 2014/2015. Therefore, the slight leap from 1.6GHz to 1.8GHz did not offer a massive improvement as it was the same generation processor as the MacBook Air used when it was last significantly updated in 2015. So, we tend to still think of this MacBook Air as the 2015 model.

The 2017 changes are limited to the slightly faster processor. Everything else remains the same from the most recent 2015 model: it’s still an Intel ‘Broadwell’ processor.

That said, for most of us, with our browsing, streaming, social and office needs the older MacBook Air could still be fast enough.

In 2017 the Intel Core i5 processor got a small speed bump from 1.6GHz to 1.8GHz. If 1.8GHz isn’t enough, note that when buying the new Air you can still configure up to a dual-core 2.2GHz Intel Core i7 processor.

Turbo Boost will get more out of the chip. But remember that if speed is really vital to you, you should look to the MacBook Pro range.

We’d recommend you go for as much storage as you can afford if you plan on storing music, images or video. But if your laptop is used mainly for browsing and light document work, the 128GB should suffice (and now you can offload so much to iCloud the size of your ‘hard disk’ really isn’t as important as it once was). 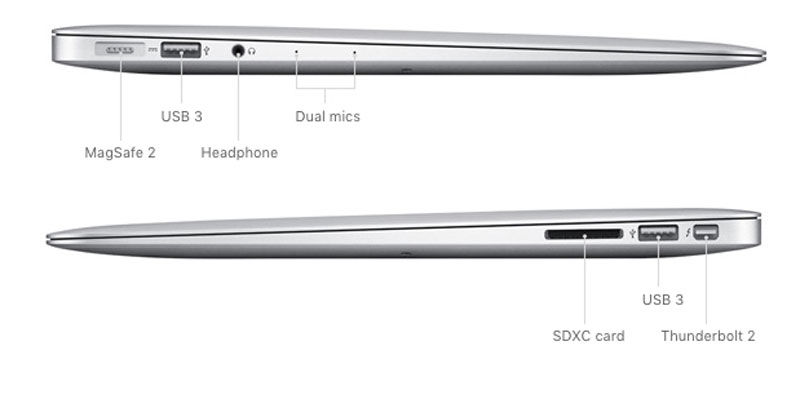 The one area where the old MacBook Air beats the new MacBook Air is ports – assuming that you have older peripherals:

If you have lots of standard USB peripherals then the Air supports these out of the box. The new MacBook Air, MacBook and MacBook Pro models require newer USB-C accessories or £19 /$19 USB-C to USB-A adapters. 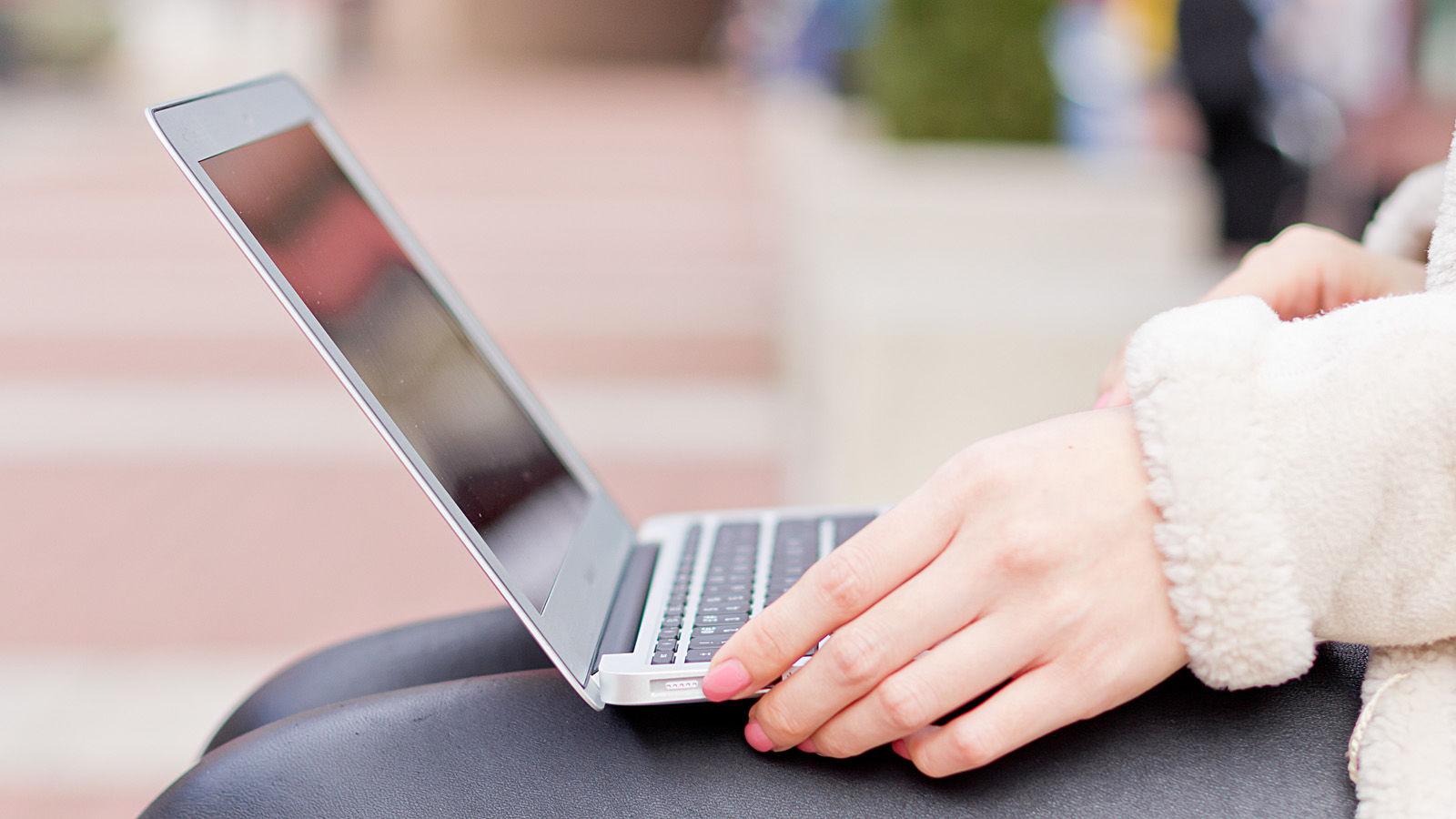 The old MacBook Air’s screen is a 13.3in (diagonal) LED-backlit glossy widescreen display with a resolution of 1,440 x 900 pixels and a pixel density of just under 128ppi (pixels per inch).

This Air’s display isn’t a bad screen, but Pro users might find it a little fuzzy in comparison to the Retina. The Air screen does use less power, though, and contributes to the lower overall cost. 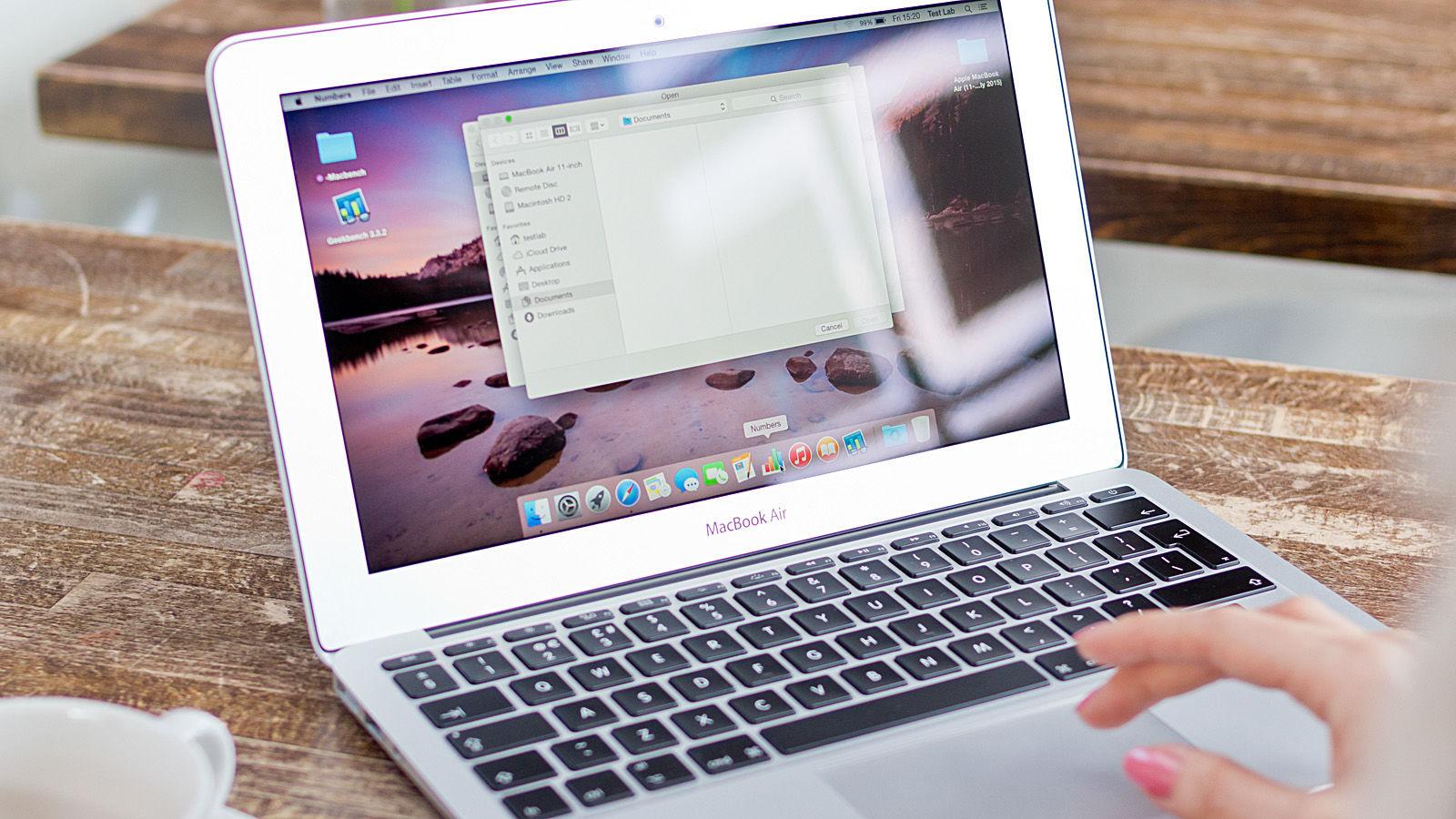 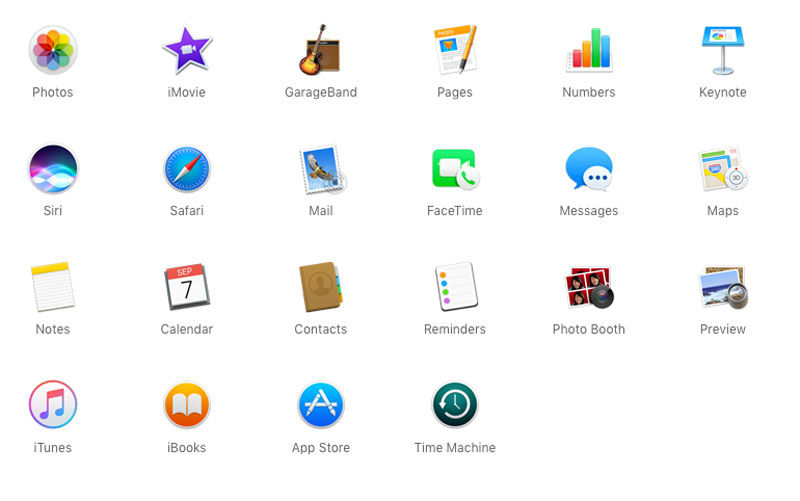 You get a ton of great Apple apps, including the likes of FaceTime for free video calls with other Apple devices, and the office apps (Numbers spreadsheet, Pages page layout, and Keynote presentations), plus photo archiving, movie making and music making apps.

The MacBook Air will ship with the latest version of the Mac operating system: macOS Mojave.

For buying advice related to the current Apple laptop range, read our Best MacBook buying guide and Best cheap MacBook deals articles. You can also see our one-stop guide to the best place to buy any Mac.